Like many people around the world, my husband and I are at staying at home, keeping safe social distances when we go out, and altogether trying to remain sane. It helps my state of mind to stay busy and some of you may also need a short distraction, so I am posting a new entry in this blog that is as far removed from our current lives as is possible.

This post is about an event called the Bishwa Ijtema which took place in Bangladesh in January this year and yet it feels like a lifetime ago.  The experience was just the opposite of social distancing so if you are missing the hustle and bustle of crowds, this is for you!

The Bishwa Ijtema (literally global congregation) is an annual gathering of Muslims that attracts about 5 million pilgrims making it one of the largest Muslim gatherings in the world, surpassing even the Hajj in the number of attendees.   It is a three-day affair held in Tongi, a small town by the banks of the River Turag, on the outskirts of Dhaka.  Muslims from all over the world gather to pray and listen to Islamic scholars.  It is described as non-political with a focus on interpreting the original, or ‘true’, meaning of the Qur’an. The gathering is now so large that for the past few years, it is split into two phases, one week apart. I was there for the second gathering which is I was told is smaller than the first phase.  As you will see, there were still plenty of attendees.

During the first few mornings, hordes of people are making their way to Tongi by busses, boats, and trains.  In Tongi, the main site of the congregation looks like an immense camping ground with one big tent where the participants camp for the three days of the event.  Non-Muslims are not allowed in the camp.  All three days, devotees gather 5 times a day for prayers, the rest of the time, they listen to lectures or enjoy themselves cooking, shopping, and hanging out with their friends.  As one might expect at this type of  Muslim event there are very few women in attendance.  The meeting culminates in a “Munajat” (Final Prayer) when the entire population of Dhaka stops whatever they are doing to raise their hands and pray for world peace.  It is an extraordinary thing to witness. 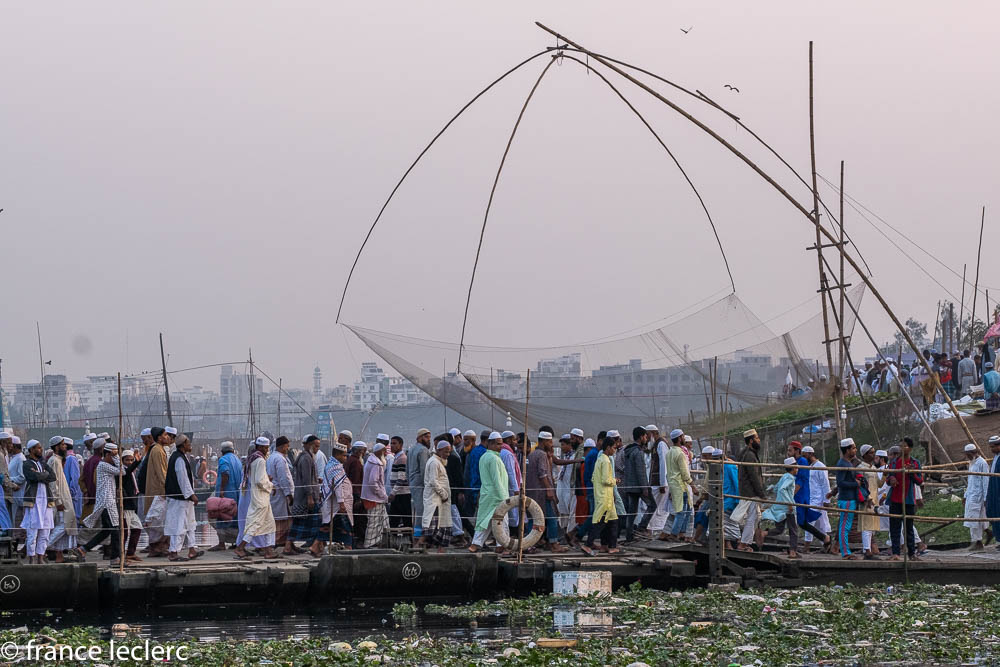 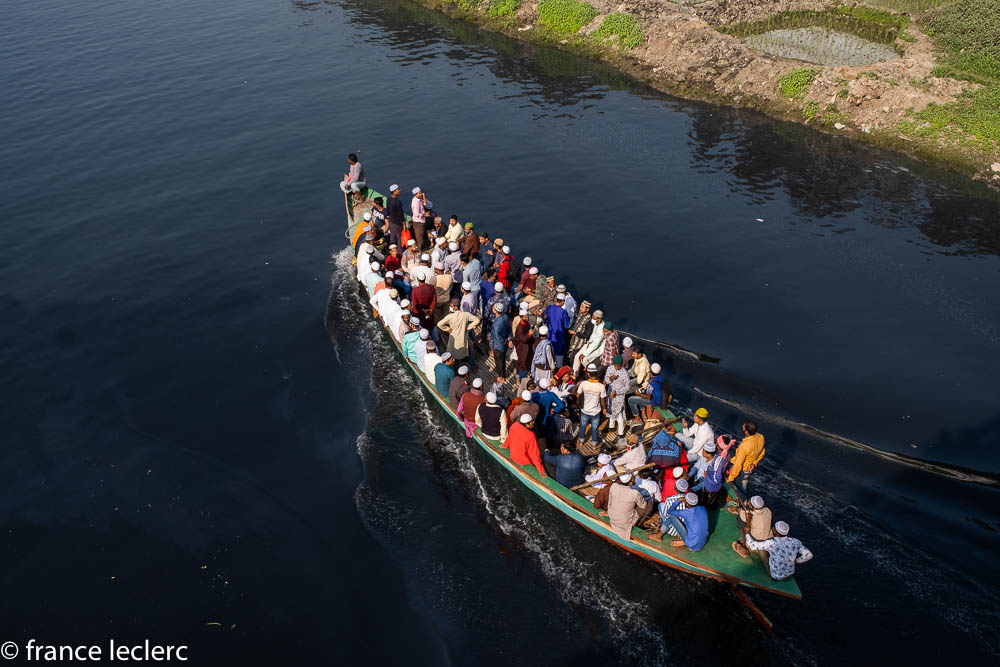 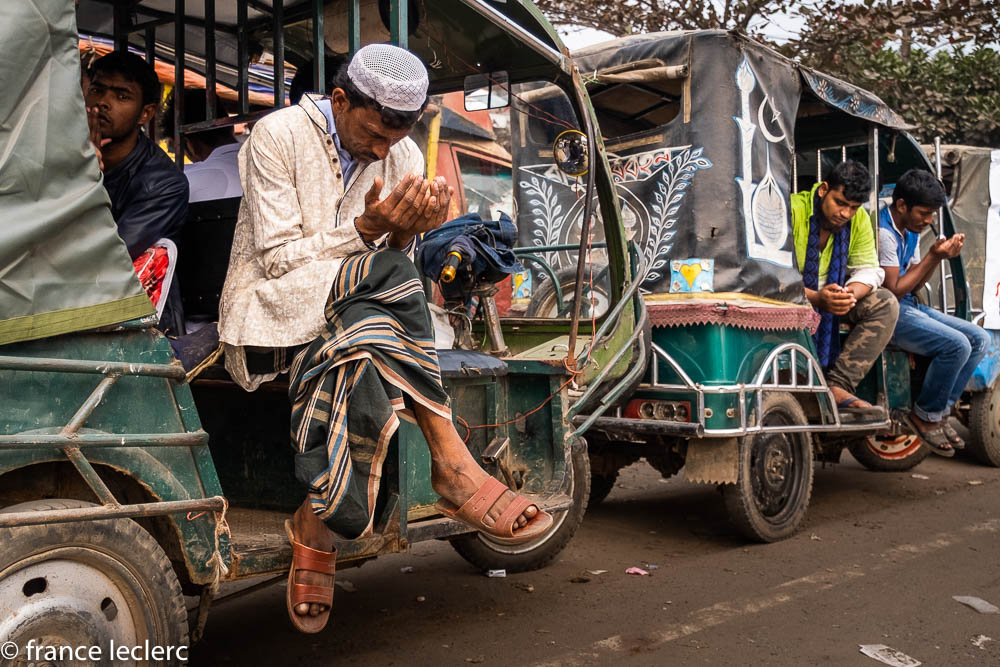 Of course, as Bangladesh is well-known for overcrowded trains even in normal times, the Bishwa Ijtema has become an extreme example of this challenge.  Pilgrims coming in are relatively easy to handle as they do not all arrive at the same time.  Most of the devotees, however, leave the camp after the Final Prayer and are all anxious to be on their way.   Special trains are added, though nowhere near enough, so people find space wherever they can with the young ones particularly enjoying riding on top of the trains.   Needless to say, there is a lot of pushing and pulling and yelling, but somehow the entire scene of the trains departing is strangely festive.  I am still hoping that they all had a safe journey home. 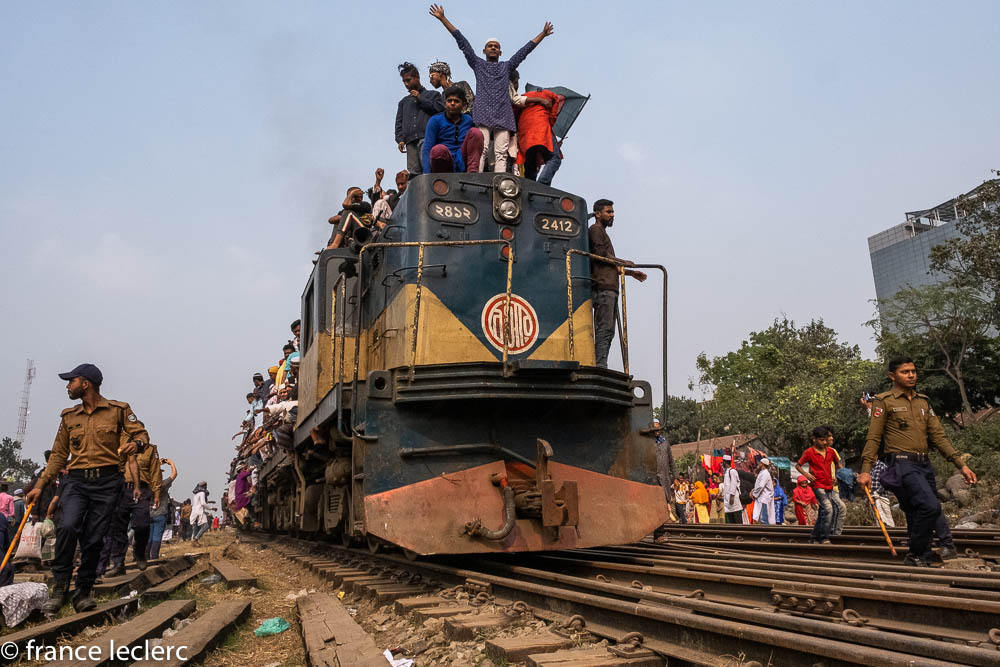 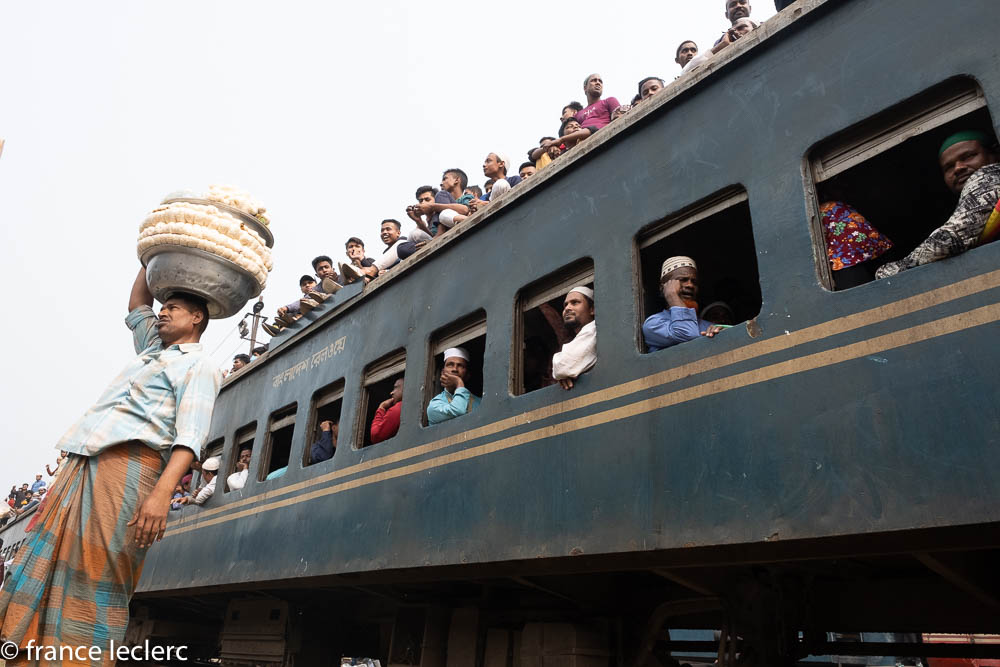 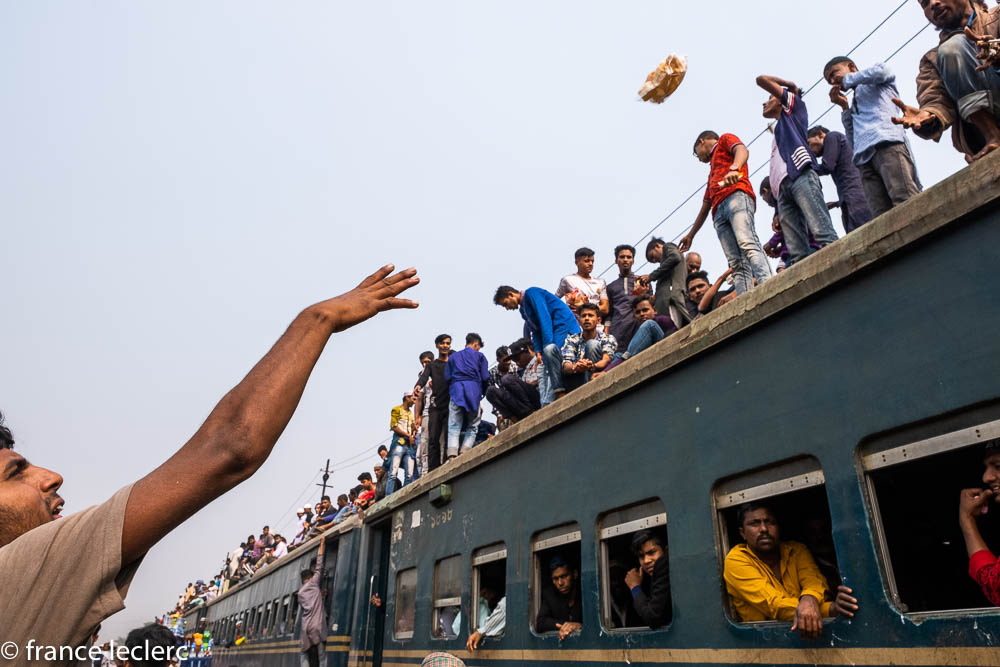 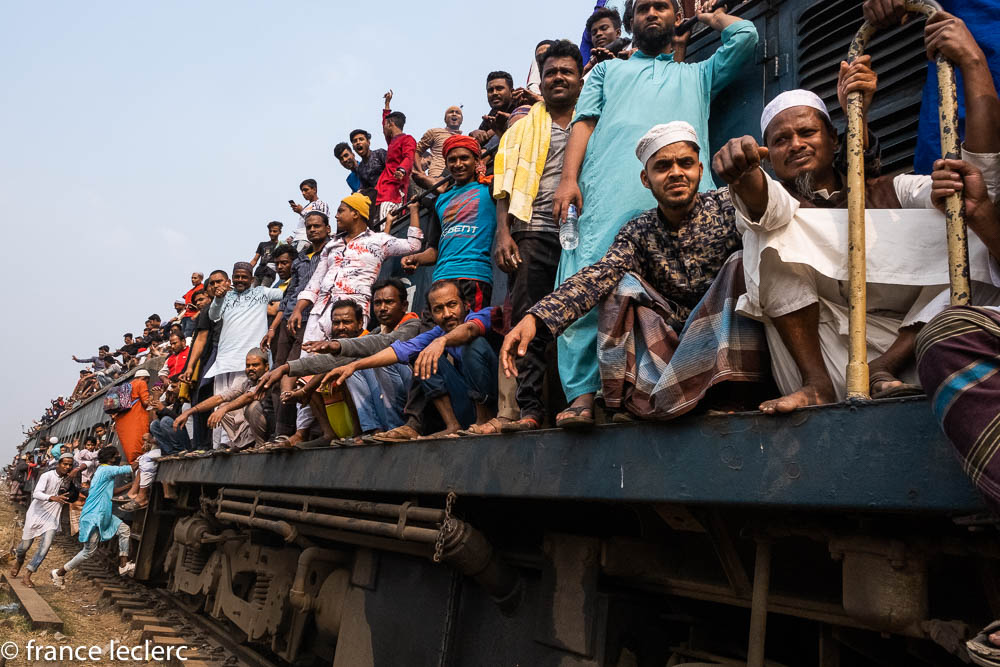 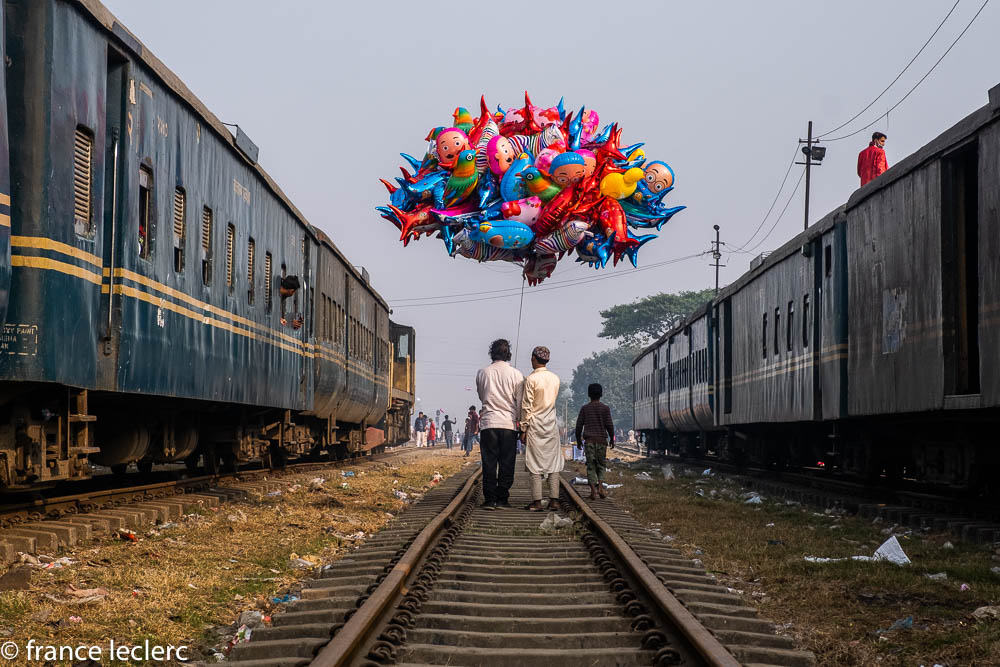 And may you all be safe in your home.