Horse Play at the Appleby Fair 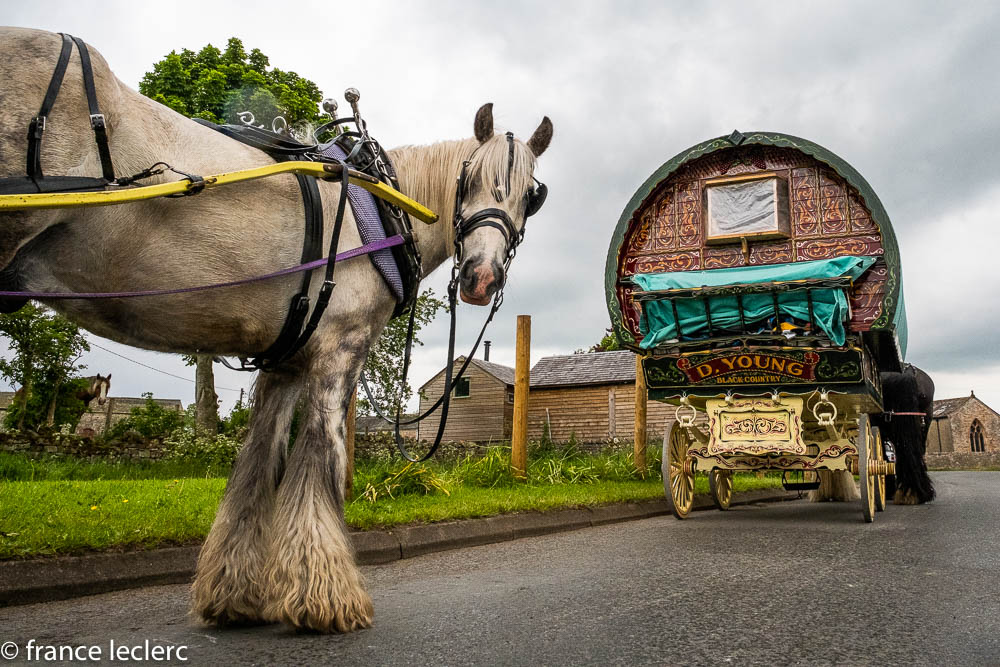 Each year in early June, the quaint town of Appleby-in-Westmorland in North West England is transformed into a gigantic fairground attended by thousands of Gypsies and Travellers (Irish Travellers), many of them who make their way to Appleby in horse-drawn vehicles.  This year, I decided to join them, though I have to admit that my vehicle was not “horse-powered” in the traditional way.

The Appleby Horse Fair which, according to some, started in the 1770s, is billed as the largest traditional “Gypsy” Fair in Europe, though at times, it felt more like a big family reunion.   The event is officially a horse fair (and there are lots of transactions), but most of the people I met have been coming here for years, to ride their horses in town and enjoy drinks around the fire with friends and families.

Lots of people come to the fair in their caravans (aka campers), often pulling a horse trailer, but some make the journeys in their traditional “box-top wagon”, a horse-drawn vehicle which reminded me of old Wild West movies.  In fact, for a few of them, these wagons are still “home”, as they have never slept in anything else.  Seeing these people (and their dogs and birds) arriving to Appleby and to the grounds, where they could camp for the duration of the Fair in their box-top wagons, was no doubt a visual delight.

During the Fair, there is a non-stop procession of people riding their horses, or riding in their sulkies (a light 2-wheeled carriage of the sort used in what is called harness racing in the U.S.), from the fairground to the town where they could show off their horses or wash them in the Eden River.

Many people just hang out at the campgrounds or go to the numerous markets for fortune-tellers, palm readers, food, music, tools and hardware, china, and all sorts of horse-related merchandise including harnesses and carriages.  And when visiting one of these markets, the women and girls of the Gypsy or Traveller’s community will always be stylishly dressed-up.

Next time, I’ll definitely go in a wagon.