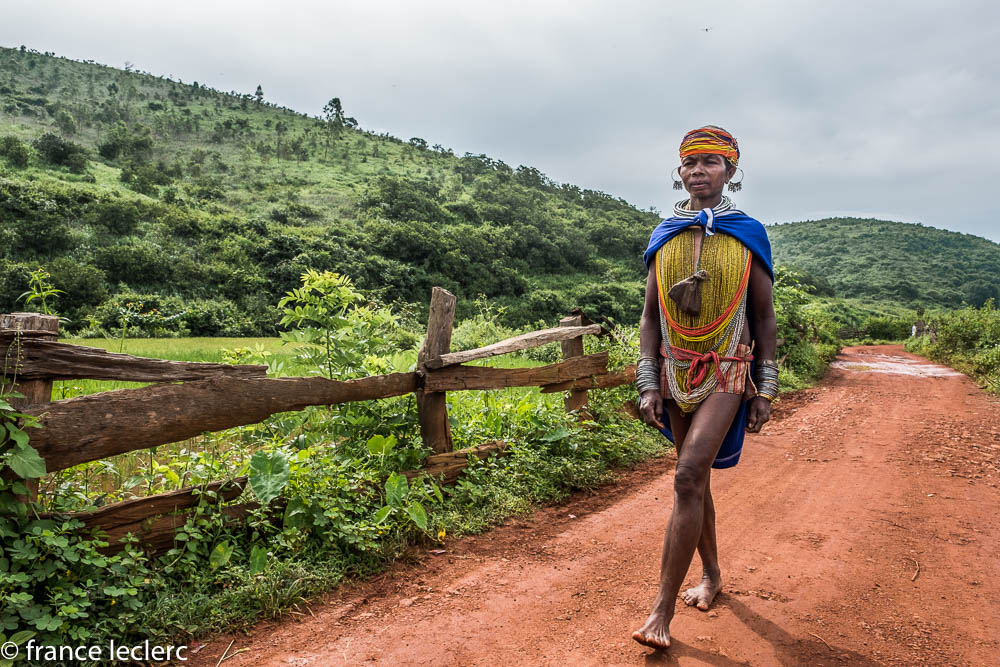 My last post was about Odisha’s fabulous coastline (BayofBengal) and how it is used by fishermen and pilgrims alike.  But Odisha has other known attractions, namely its rich cultural heritage and the fact that it is the 3rd most populous Indian state in terms of tribal population, home to over 60 different ethnic groups. Until last year, Odisha had restricted photography in tribal areas by foreign visitors.   Some of these restrictions are now being relaxed giving us a great opportunity to see and interact with these original inhabitants.  In my brief visit, I was able to meet with just a small number of these tribes, and in this post, I share a few of my more memorable encounters.

But before we get to the specific tribes I met it is essential to also discuss the local art.  The state of Odisha has a well-developed artistic tradition reflected in its handicrafts, painting, carvings, music, and dance.  A lot of it is of interest, but it was a dance performance that particularly caught my attention.  The dance is called GotiPua which I knew very little about before seeing it (there never seems to be enough time before the trip to become as fully informed as I would like to be). Before the performance, we had briefly seen what looked to me like a group of young girls who were busy preparing for the performance but were also killing time playing with a yellow truck which seemed like an unusual choice of toy for a group of young girls.   In the end, I asked the dance instructor for the age of these beautiful girls that had just performed and was told that they were boys who dress as a female.  In fact, the word GotiPua means “single boy” and this is how the dance has been performed for centuries to praise the gods Jagannath and Krishna.

For the occasion, the boys wove flowers in their hair, used Kajal (a traditional black-liner) on their eyes, a bindi on their forehead, and sandalwood paste to adorn their face with traditional patterns.  Their traditional dress is colorful and complemented by an apron-like cloth worn around the legs and lots of beaded jewelry.  The dances are beautiful to watch and features impressive acrobatic skills. 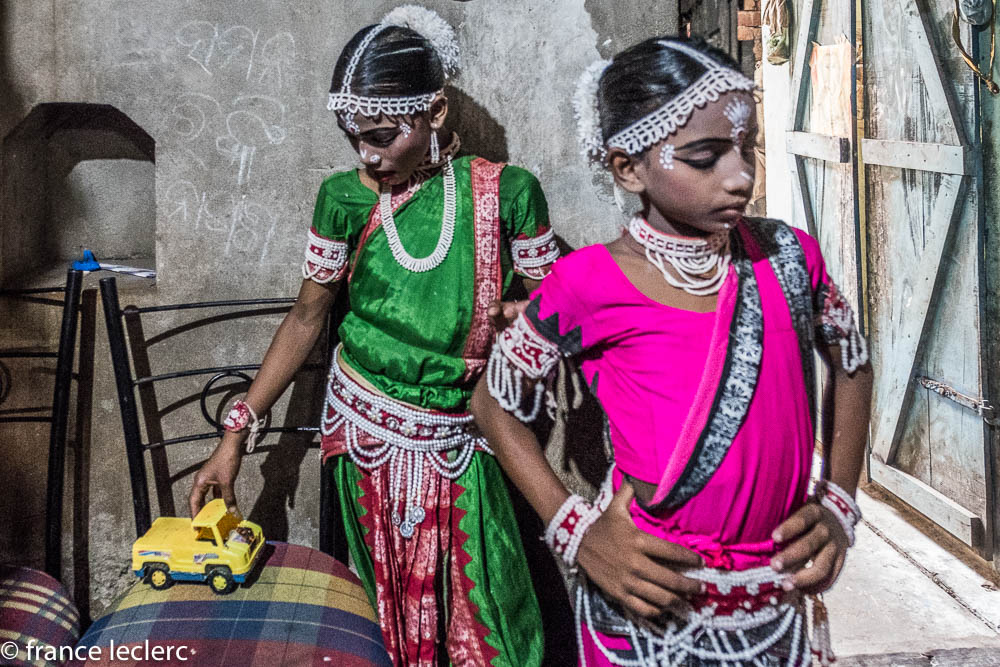 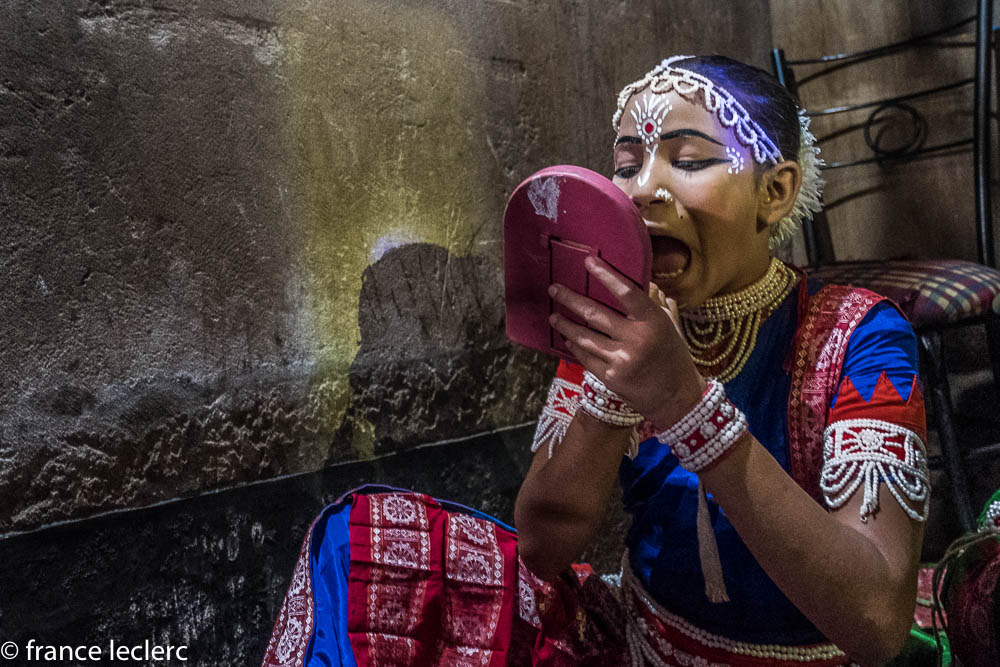 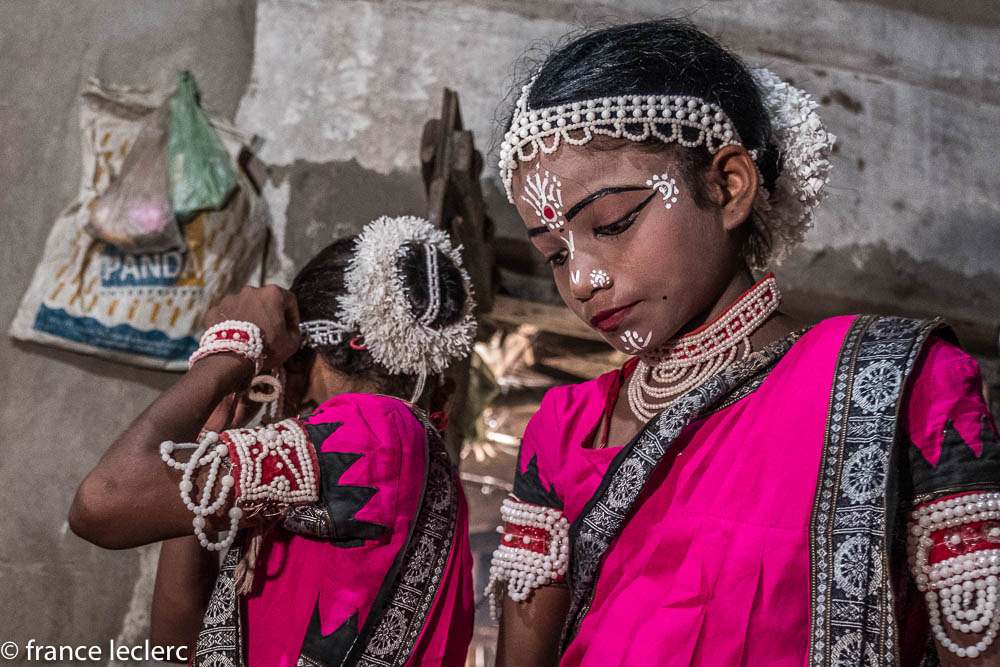 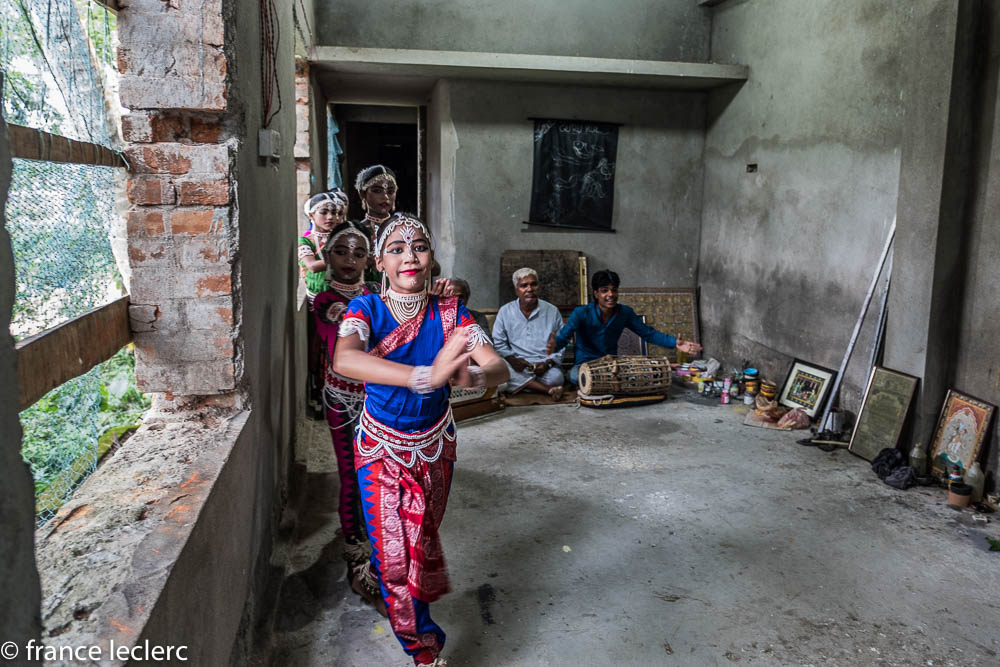 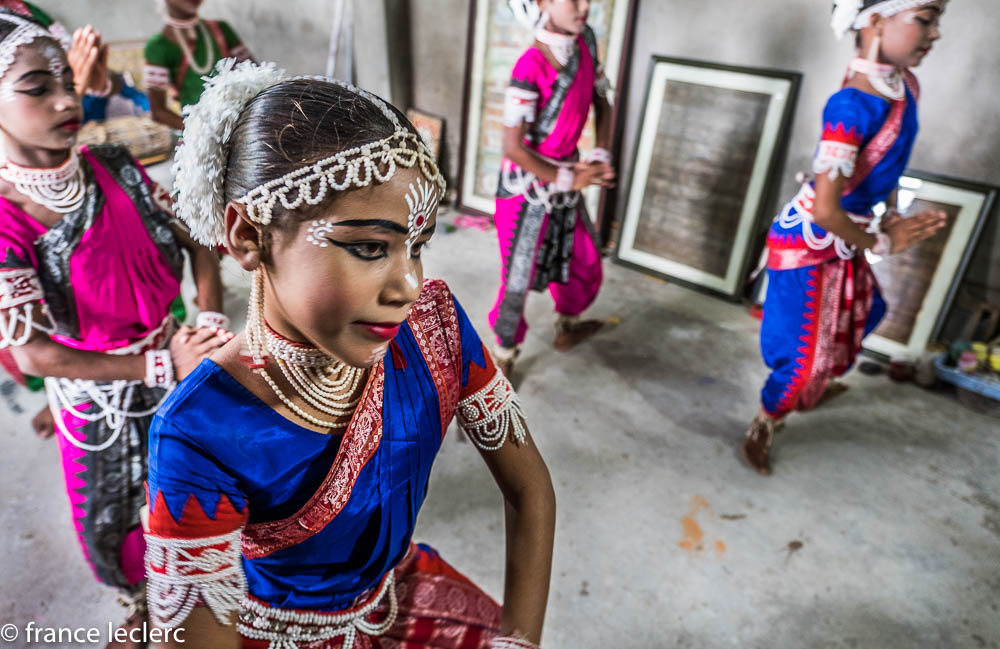 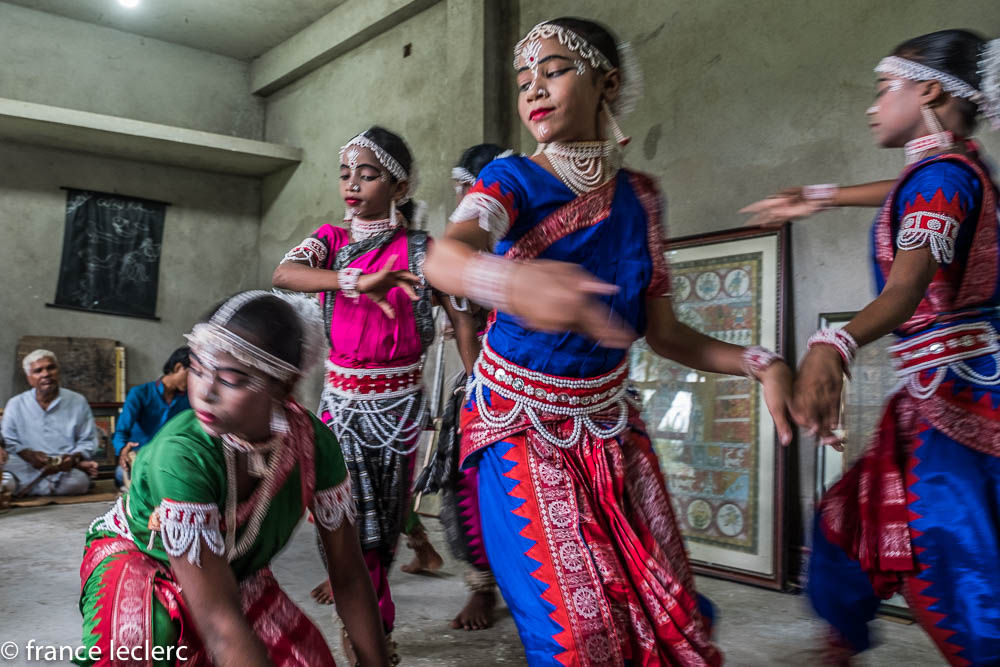 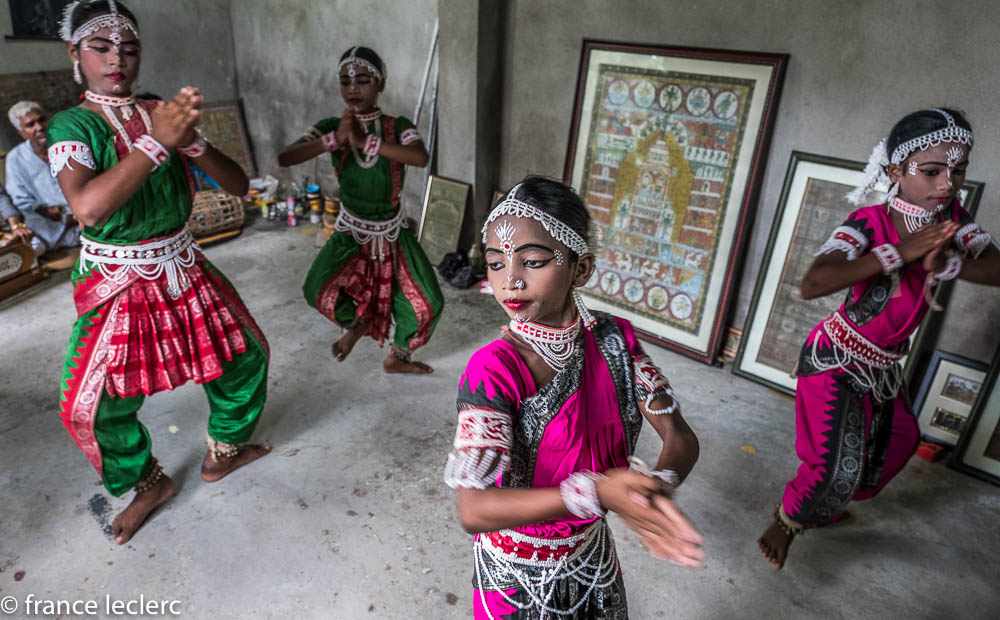 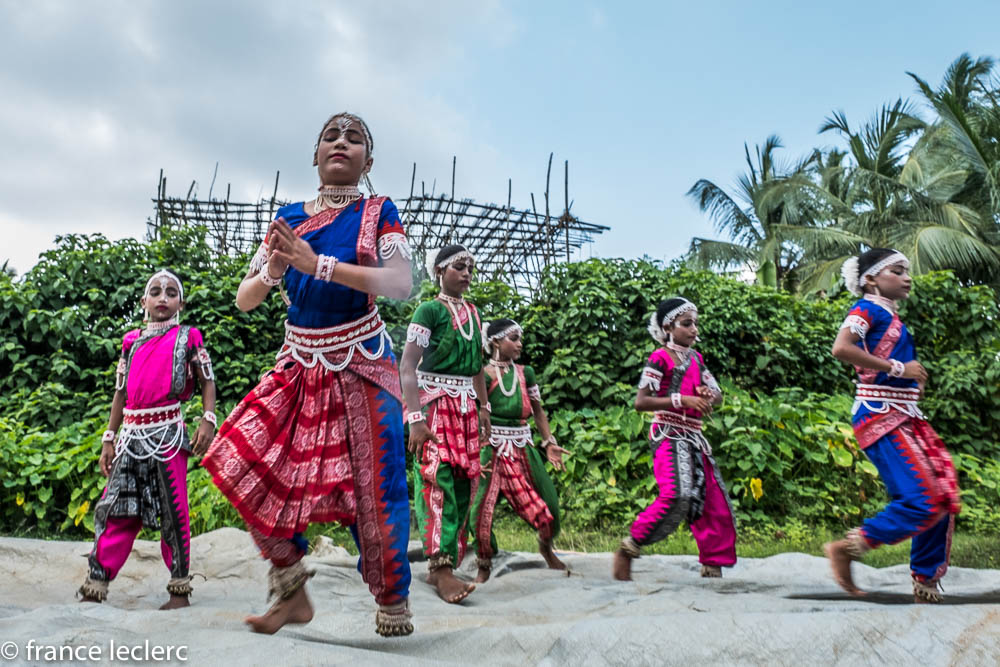 The first two ethnic groups I met were both from the Kondhs tribe (the Khutia Kondh and the Dongria Kondh) which is one of the main tribal groups of the area.  Women from the Khutia clan have very distinctive facial tattoos.   They were very welcoming and we visited a number of their villages. 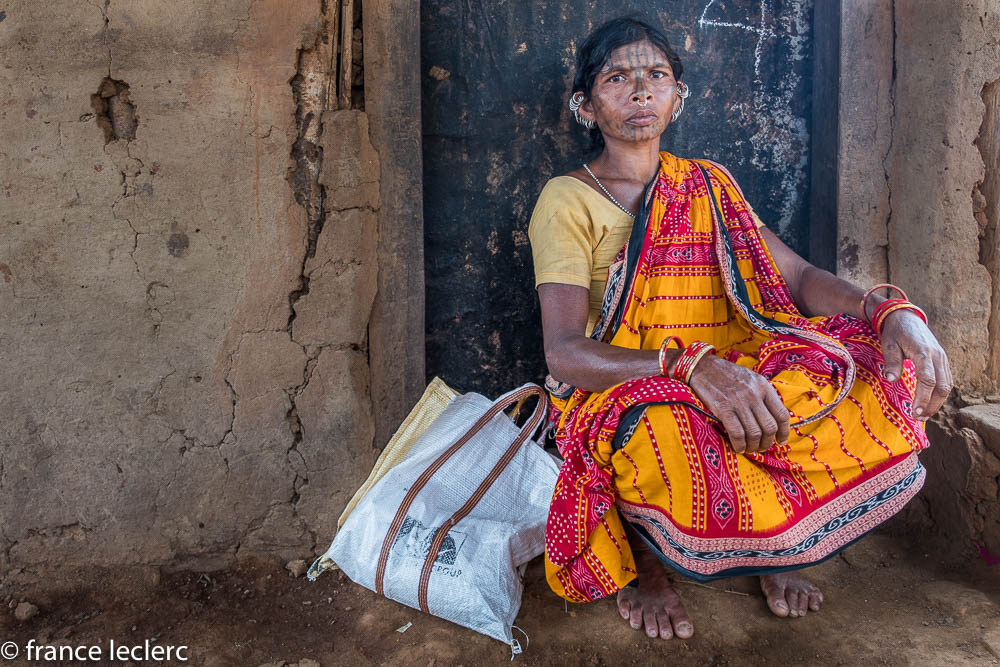 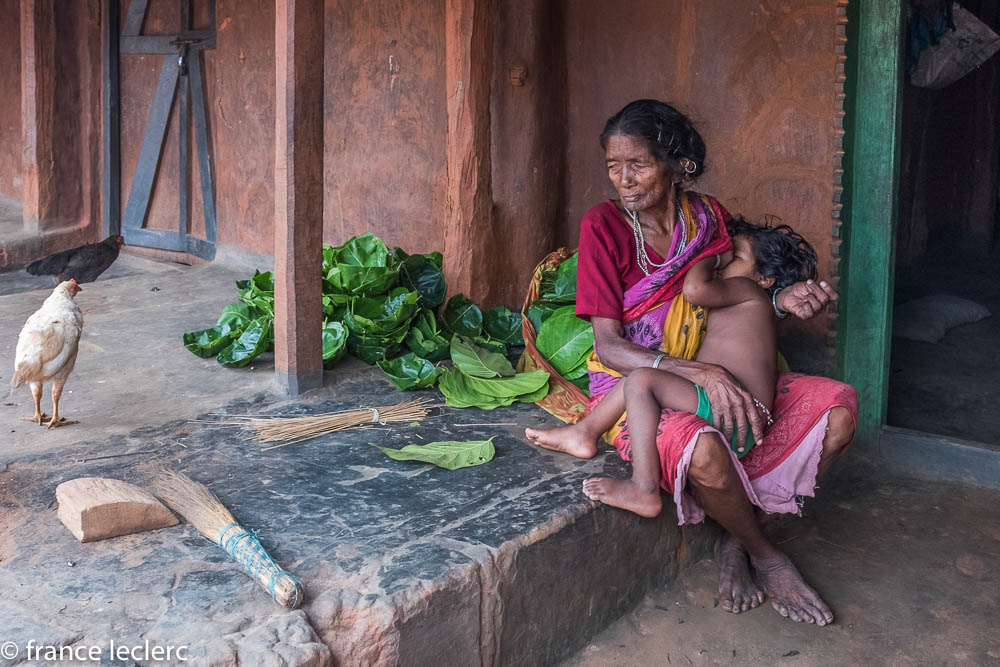 In contrast, the Dongria women were somewhat harder to interact with, at least for me. I later learned that for a decade, the 8,000-plus Dongria Kondh have lived under the threat of a mining company that hoped to extract the bauxite that lies under the surface of the hills on which the Dongria clan live and worship.  This might explain some of their reticence to interact with foreigners.  Dongria women have distinctive jewelry, tattoos, and hairstyles. Women wear many rings through their ears and three through their noses.  The girls wear clips in their hair and rings and beads around their necks. 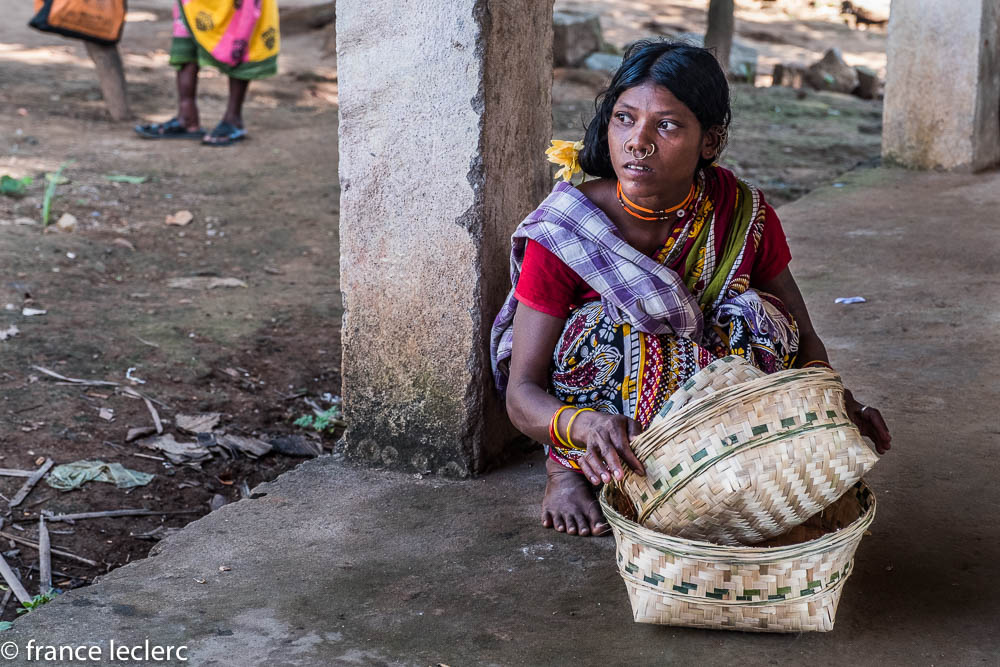 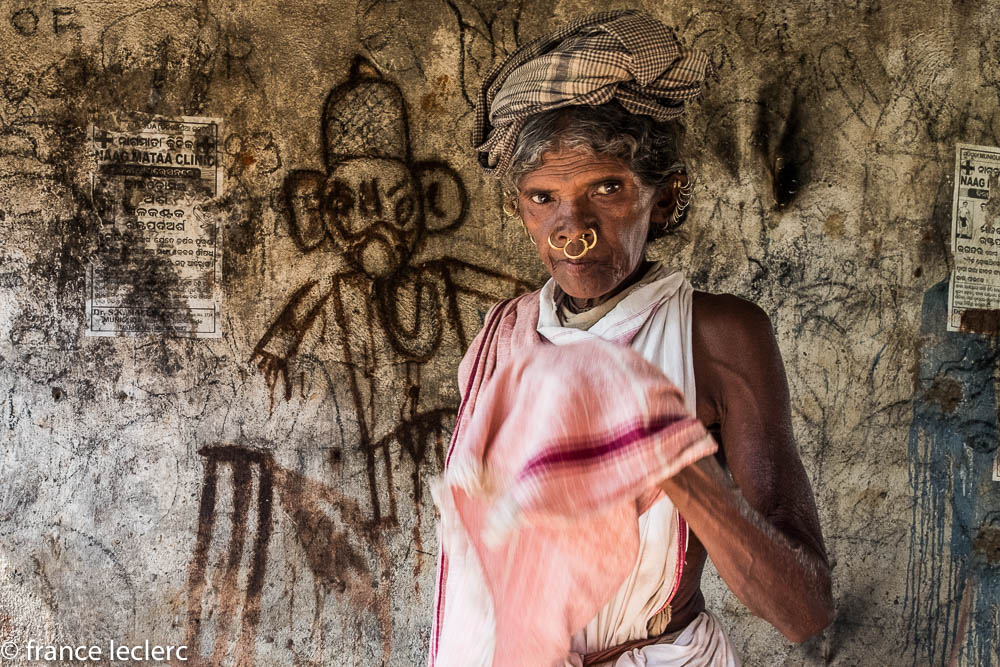 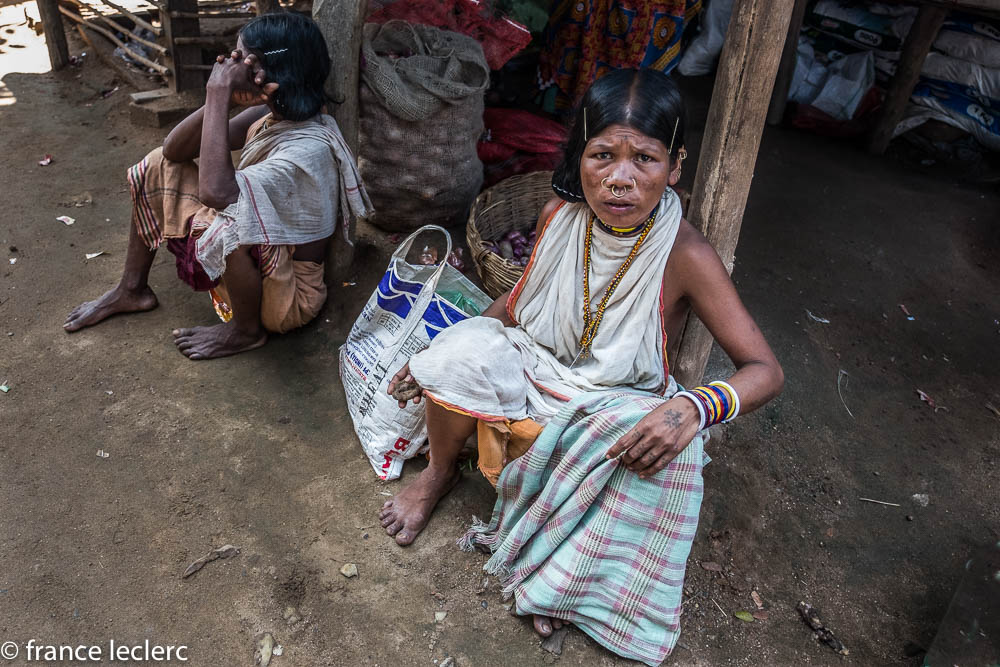 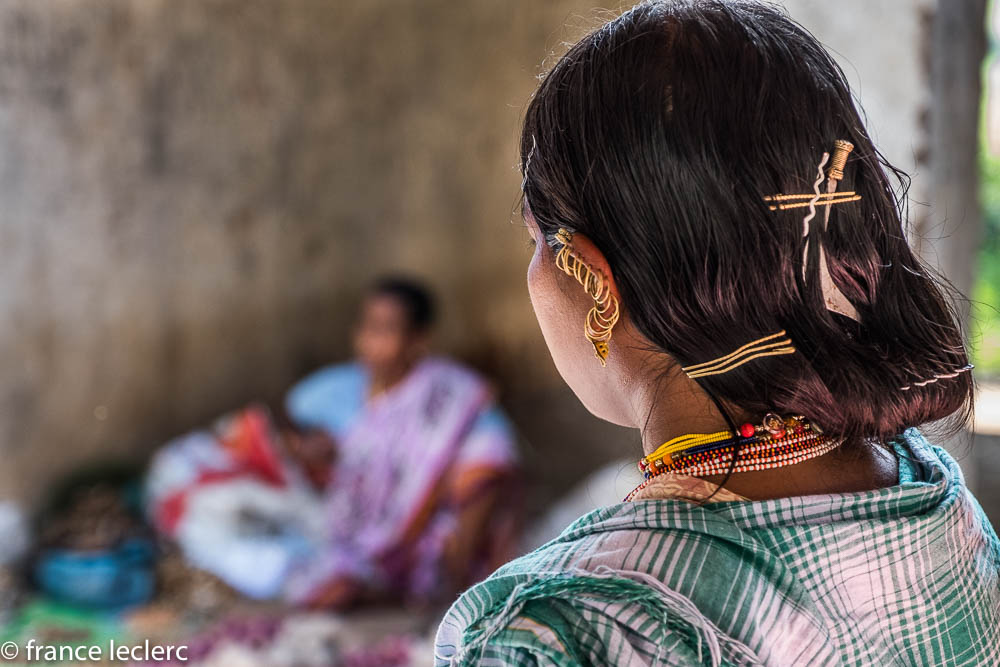 We also met the more famous Bonda, an ancient tribe of people who live in isolated hill regions.  They come down to the Onkudelli market once a week which is where we met them.  The Bonda women are striking; they are traditionally semi-clothed, wearing thick silver neckbands, and lots of beads, (though many now wear some form of cape, often blue, when coming to the market and some have adopted more modern attire.)   Their traditional attire is explained the following way on Wikipedia:

“The Bonda attire is explained in a legend relating to the Ramayana. According to it, some Bonda women chanced upon Sita who was bathing at a pond in the Bonda hills, and, seeing her naked, they sniggered. Enraged, Sita cursed them to a life where they would be condemned to remaining naked and having their heads shaven. When the Bonda women pleaded forgiveness, Sita gave them a piece of cloth she tore off her sari. This explains, according to the legend, why Bonda women have shorn heads and wear only a ringa, a length of cloth that covers the waist. Their torsos are covered in strings of colorful beads. Bonda women also wear metal rings that cover their necks and bangles on their arms. Since Bonda women hunt and forage for food in the forest, it is thought that these ornaments have a function of protecting them from injuries and attacks by wild animals”

The Bonda women were a joy to interact with, even though they want to sell you everything they have.  They enjoyed laughing with us and at us.  One of them took my hand and brought me to the corn vendor, making it clear that she wanted me to buy her some corn on the cob. I agreed and picked two for her but by the time I got money to pay, she had put about 2 dozen of them in her bag and was giving me an irresistible smile.  So I didn’t resist. 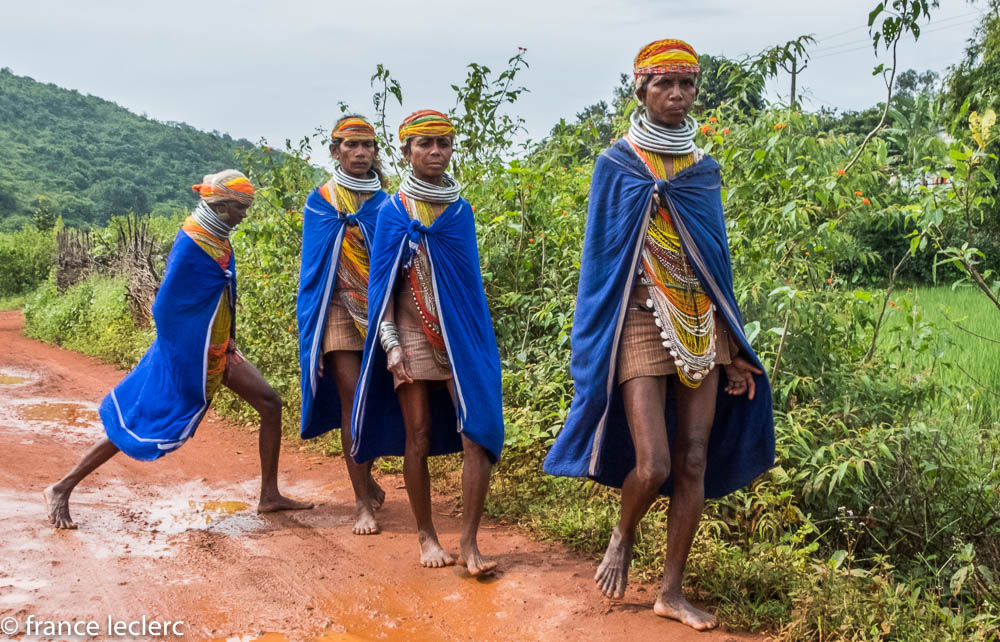 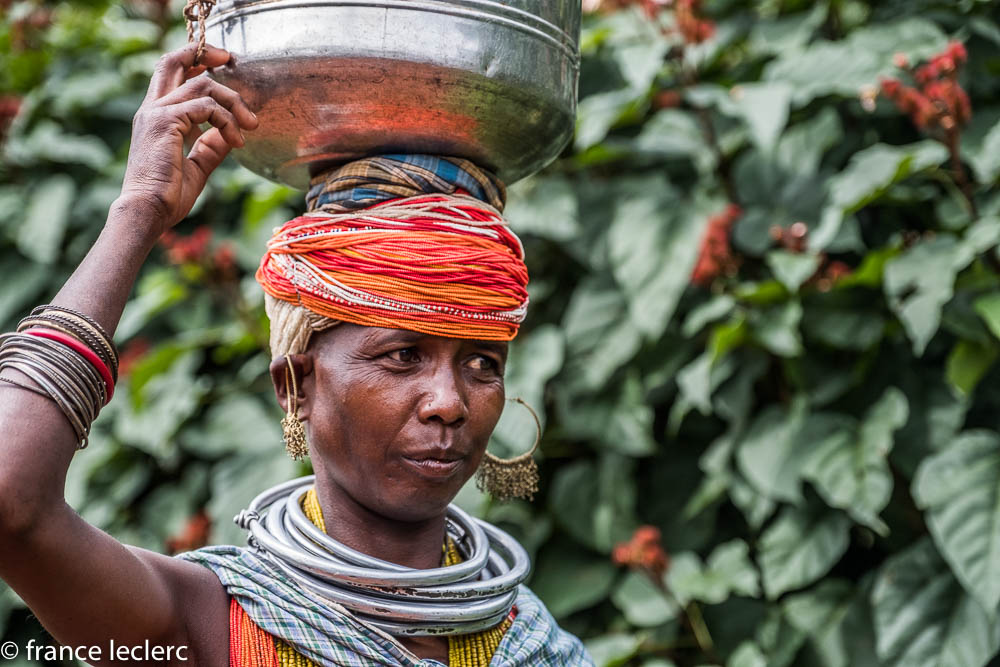 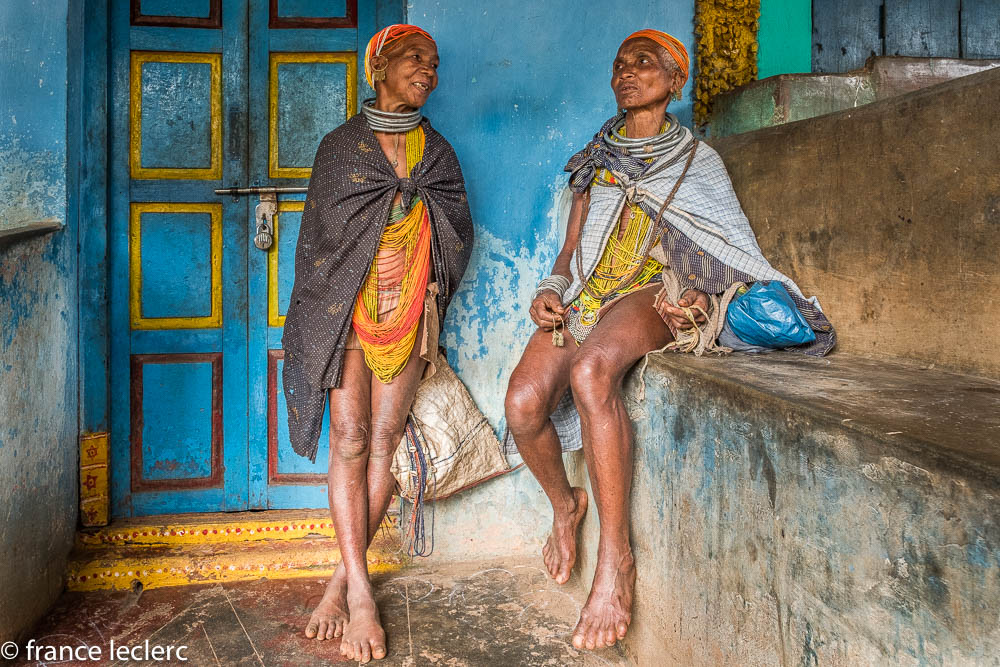 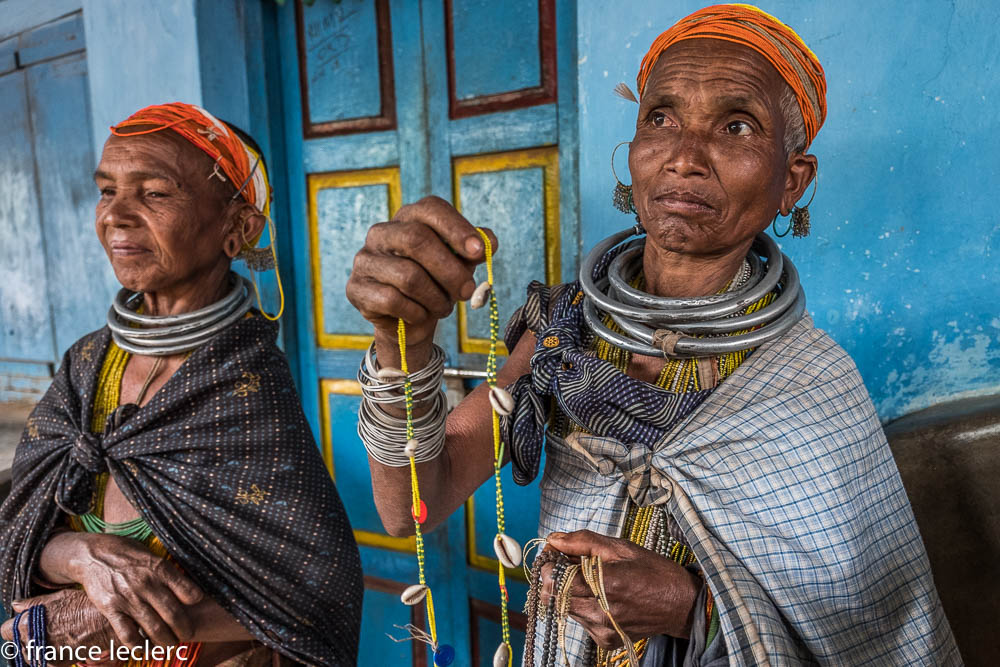 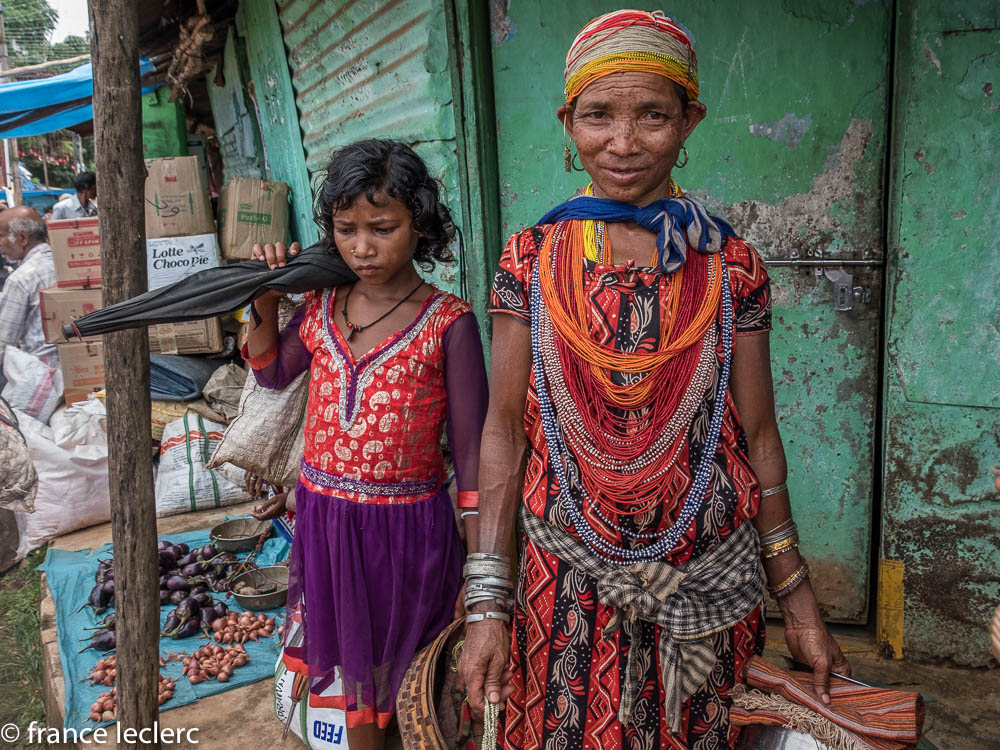 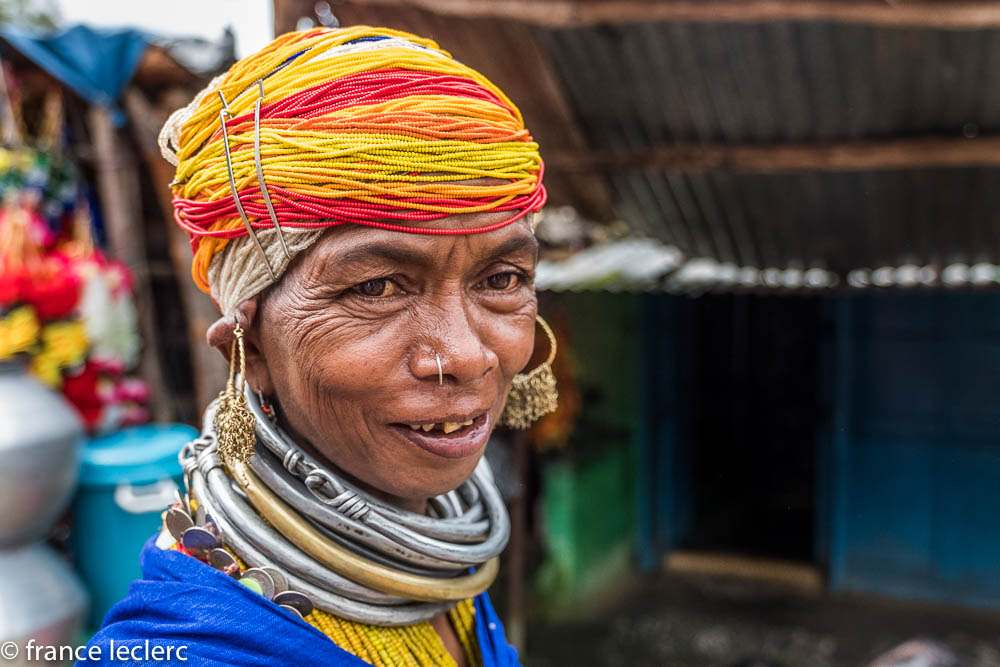 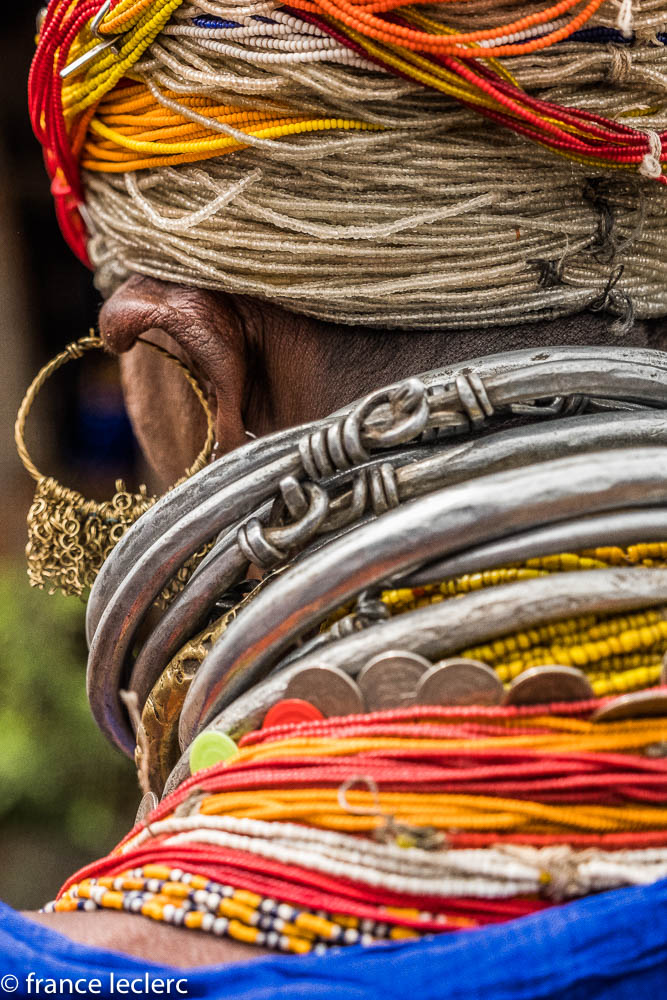 This last image is from a woman from the Godaba tribe who was also at the Onkudelli market. 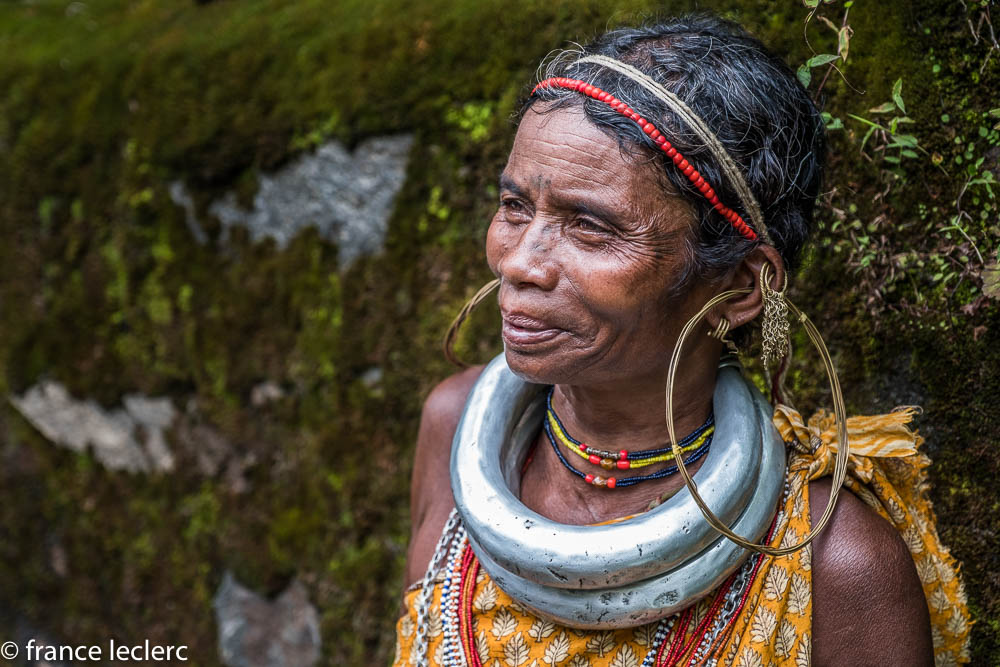 So long Odisha, I hope to be back one day…