Movie in Bukhara, Curtains in Khiva 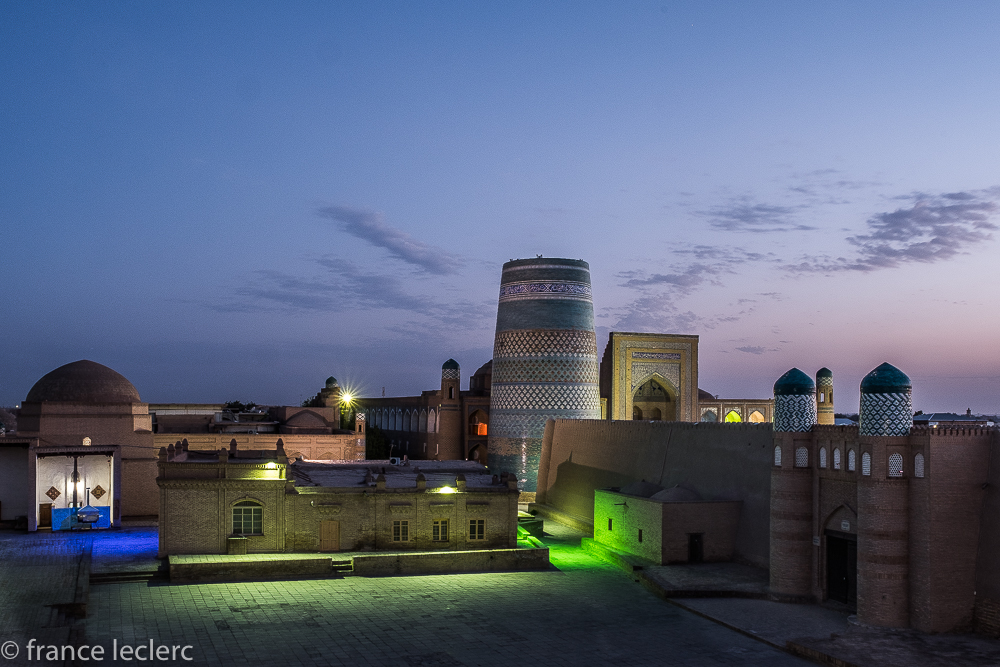 In addition to Tashkent and Samarkand, which were the focus of my previous blog post (Uzbekistan: silk, bazaars, and architecture), two other ancient cities of Uzbekistan have strong links to the Silk Road: stunning Bukhara and charming Khiva.

A brief visit to the historic center of Bukhara quickly reveals the magnitude of the architectural heritage of the city. Its numerous mosques and madrassas are a testament to Bukhara once being a major intellectual center of the Islamic world.   Its well-preserved architecture and covered bazaars make it very easy to imagine what Bukhara was like during its heyday.   And this bit of imagining was made even easier by the fact that when we visited the old town, I walked into the middle of a movie set with people dressed in traditional costumes. (I am embarrassed to say that this is literally true as I initially ran to photograph one of the actors not realizing that they were filming, forcing them to abort the take, oops!). The movie being filmed happened to be a remake of a 1958 Uzbek musical comedy called “Delighted by You” (Maftuningman) which is considered to be one of the greatest Uzbek films of all time. In between “takes”, we hung out with few of the beautiful dancers featured in the movie. 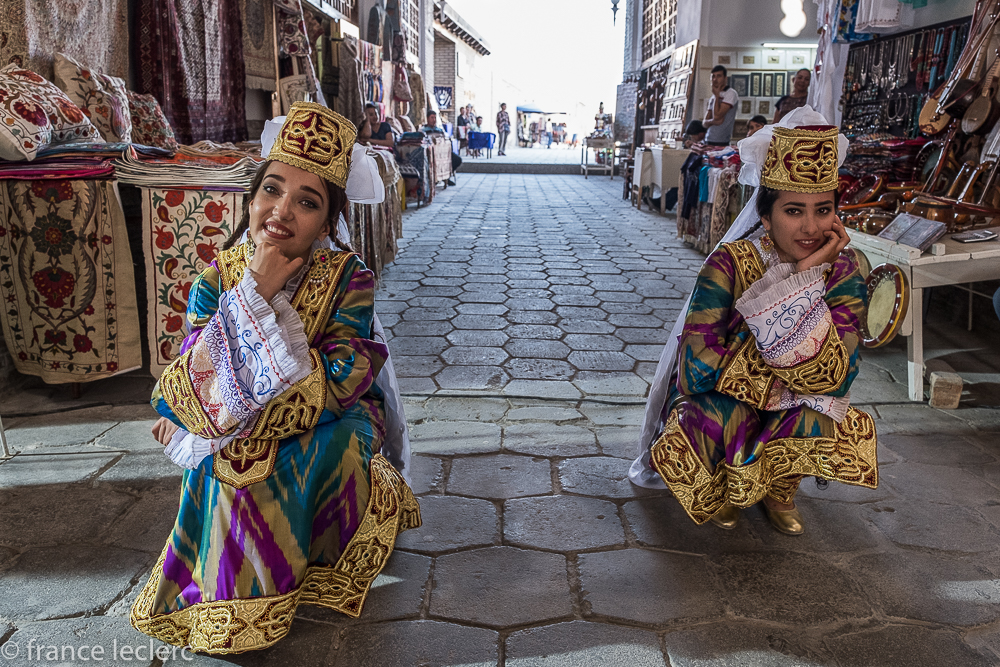 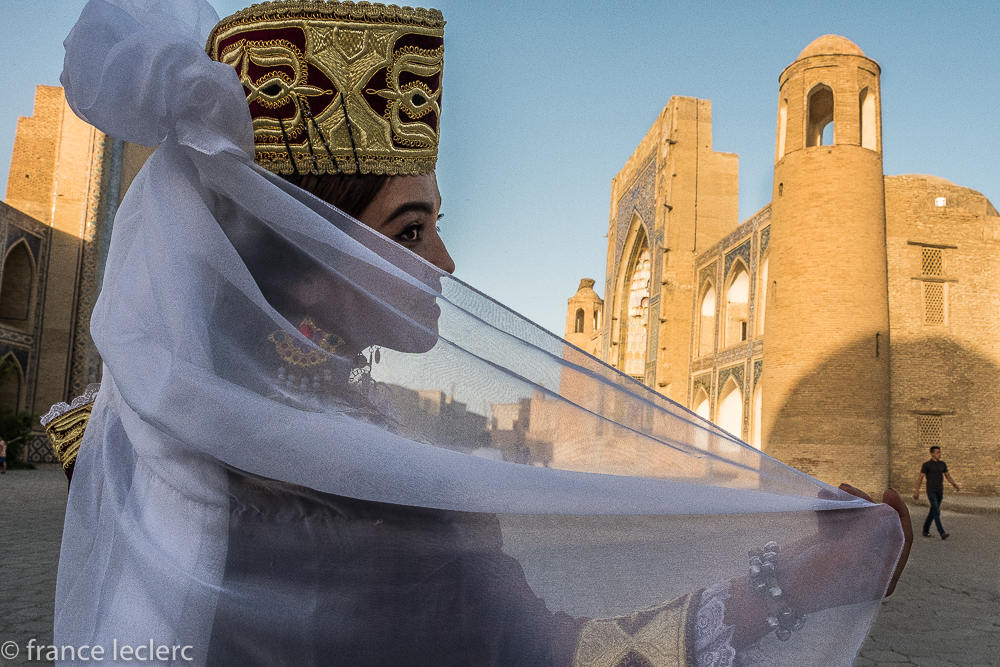 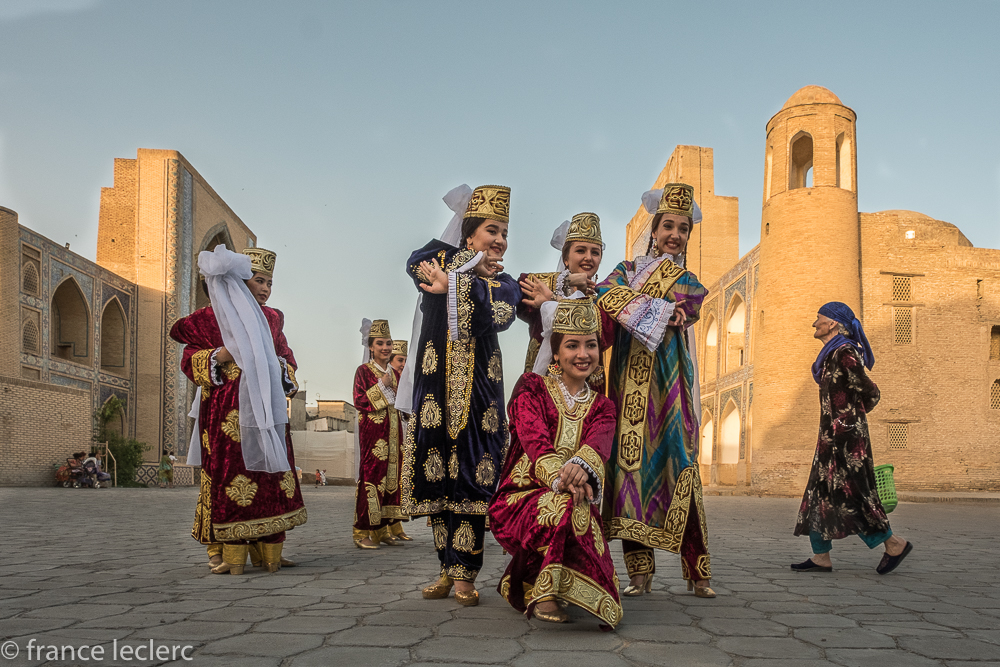 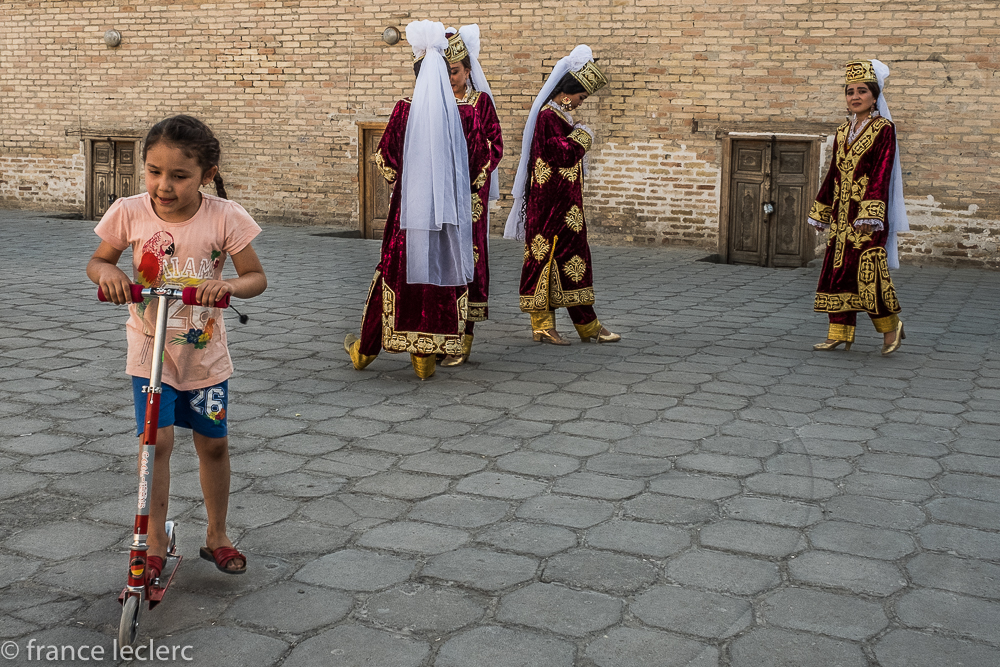 The skyline of Bukhara is quite stunning as it is dominated by the impressive Kalon minaret. At 155 feet (47m), it was certainly the tallest structure in Central Asia when it was built early 12th century. It is said that Ghinggis Khan was so impressed by the Kalon minaret that when he invaded the city, he ordered it spared. Two other quite distinctive structures are the Chor Minor Madrassah with its four blue-topped towers and the Bolo-House Mosque or Mosque of forty columns, which is particularly beautiful at night. 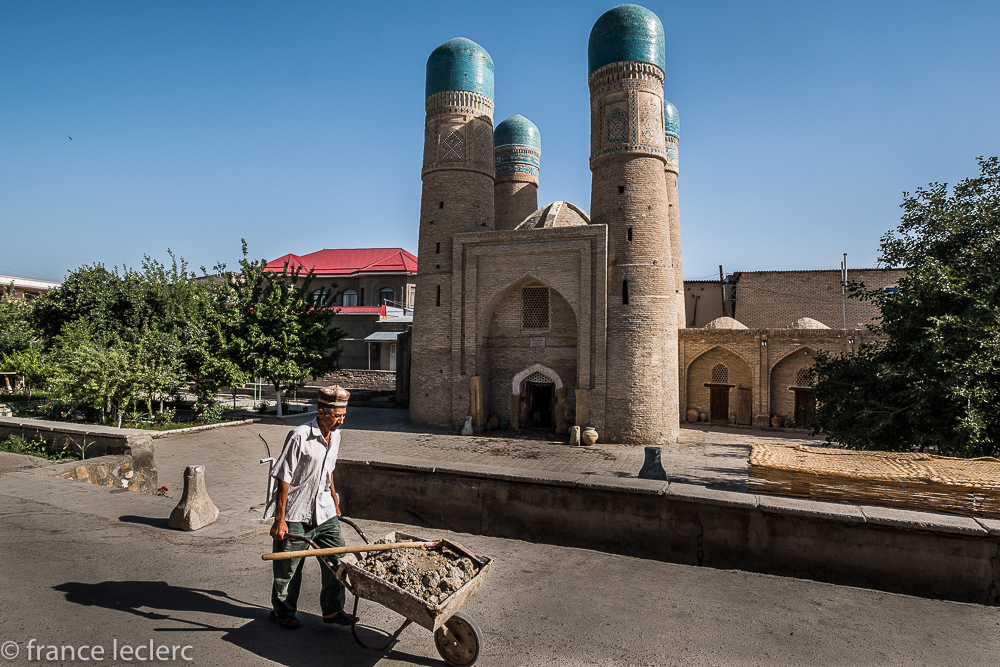 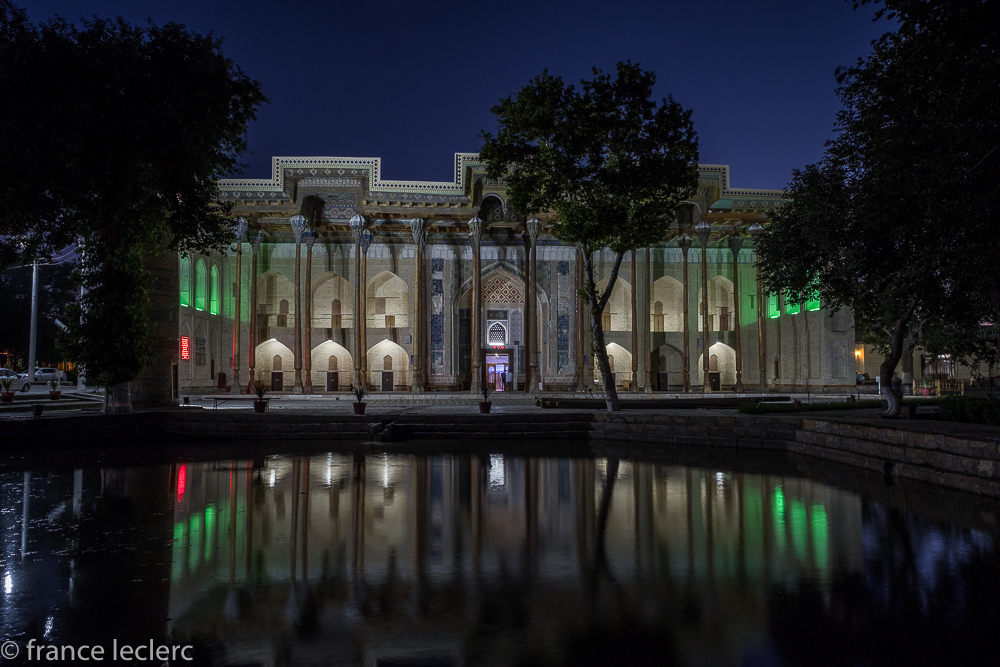 But of course, every city has neighborhood bazaars and Bukhara is no exception. I visited a few including a small one with a very busy and welcoming bread-maker as well as a few larger ones buzzing with activities. 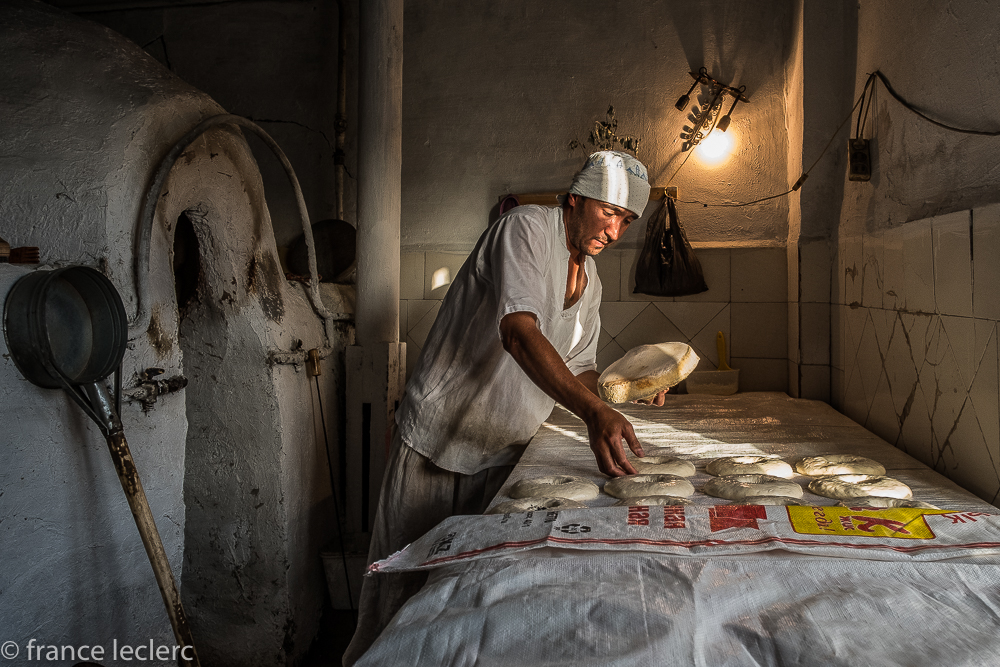 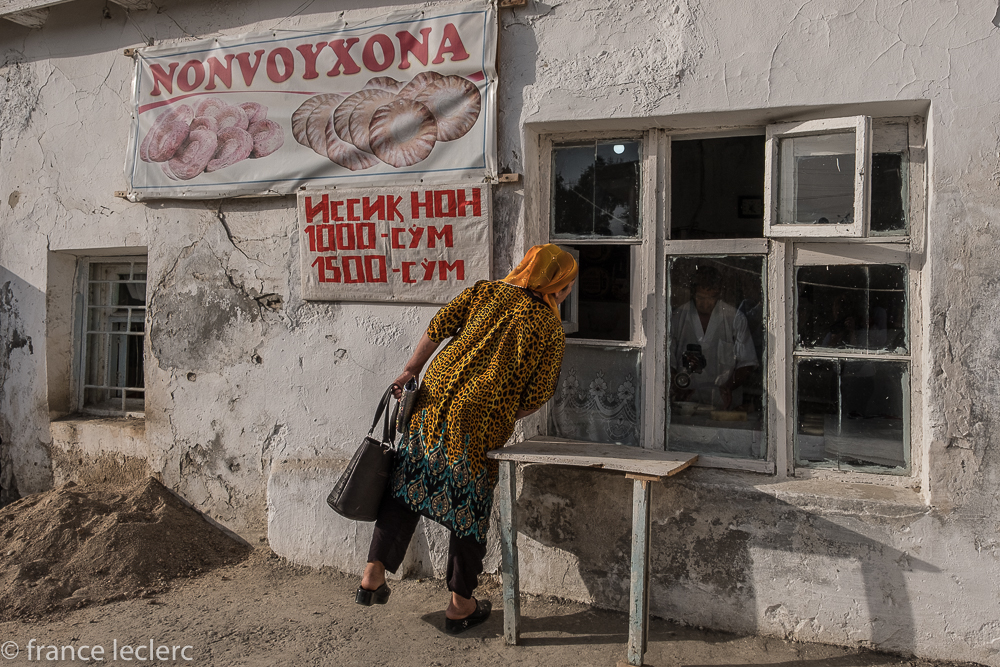 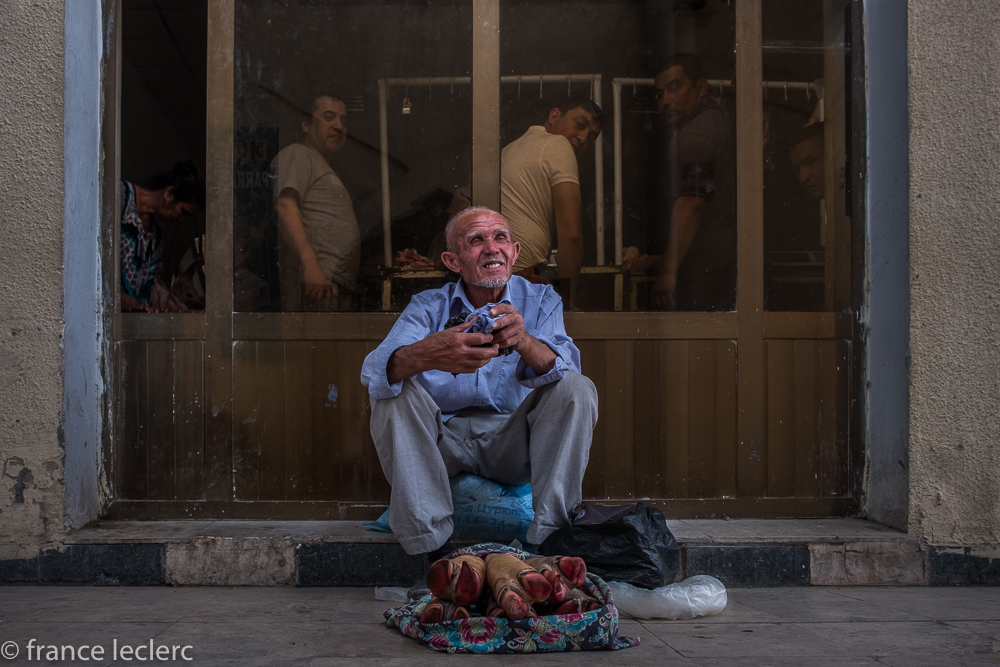 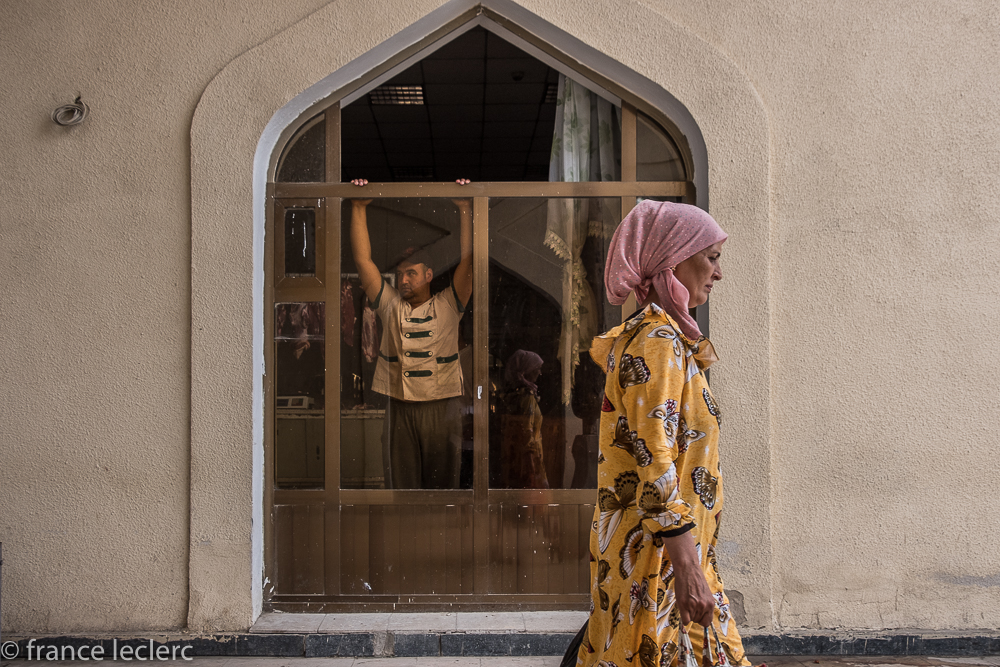 Khiva is a treat as well and, because of its smaller size, much easier to navigate. Though historically associated with slavery (for a long period of time, Khiva was one of the most important markets of slaves in Central Asia), the older section of Khiva, the Ichon-Qala (or within the walls), now feels quiet and peaceful particularly at dawn and dusk when only the local residents are around. Here too, the numerous mosques and minarets are nothing less than splendid. Among them, the Jamid mosque with its 218 wooden columns and the Islom-Hoja madrassa and minaret, a relatively new structure built in 1910. A rather unique site is the Kalta Minor minaret. Often referred to as the “fat” minaret, (the story is that the local khan started the Kalta Minor in 1851 wanting to build a minaret so high he would see all to way to Bukhara about 300 miles (500km) away. Alas, he died soon after construction began, leaving the structure unfinished and somewhat stumpy looking.) The tile work on it is absolutely exquisite. 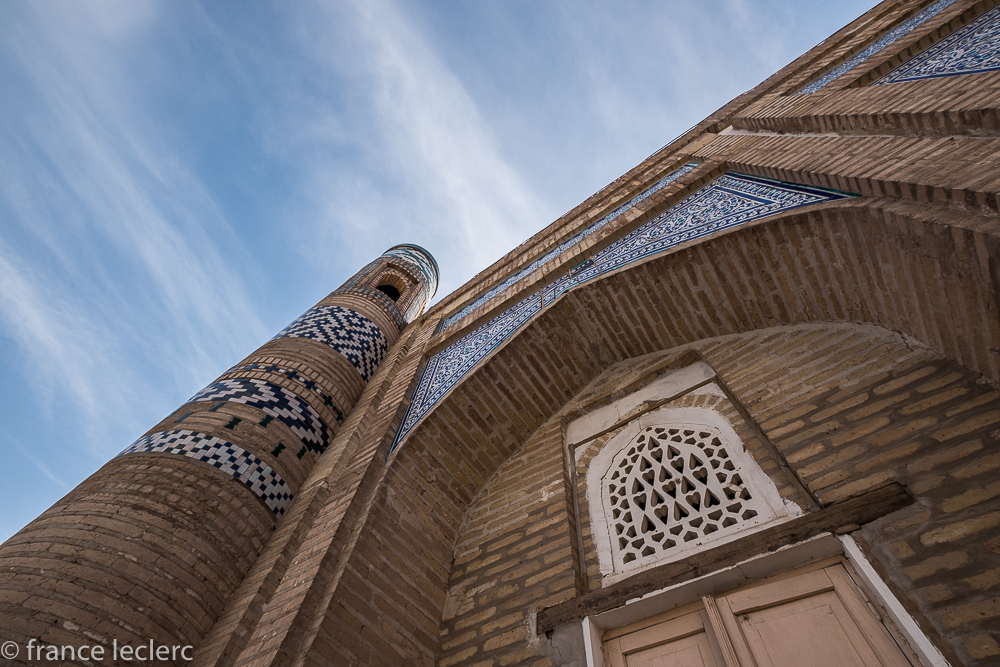 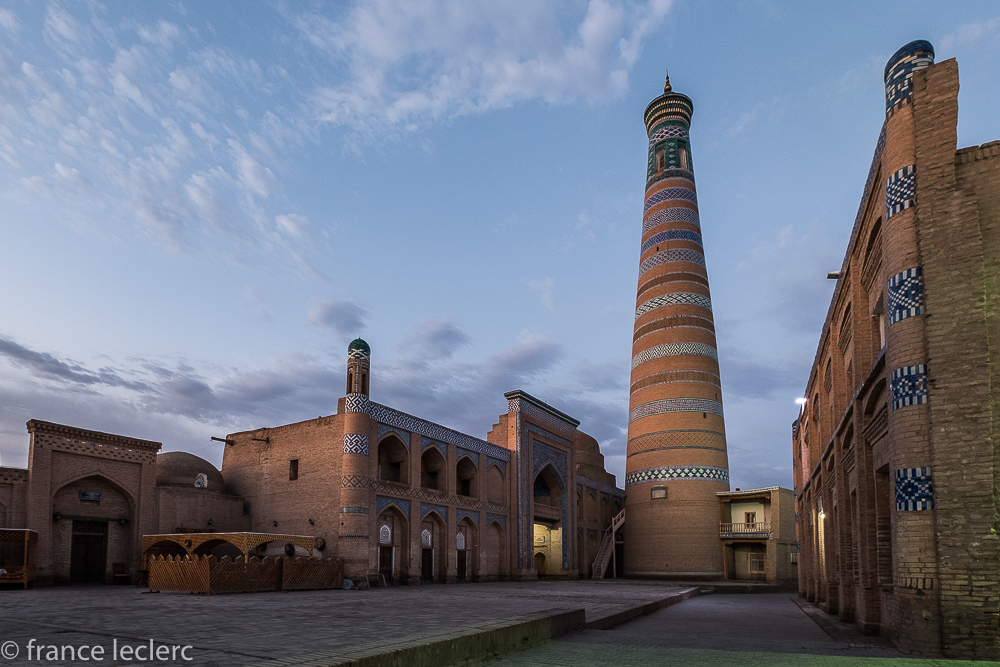 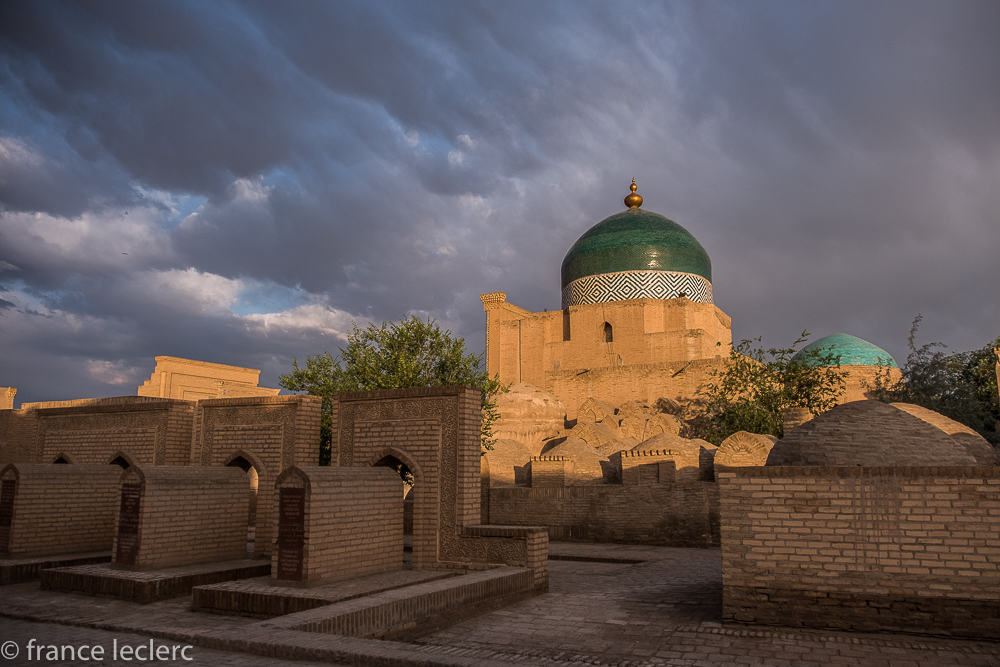 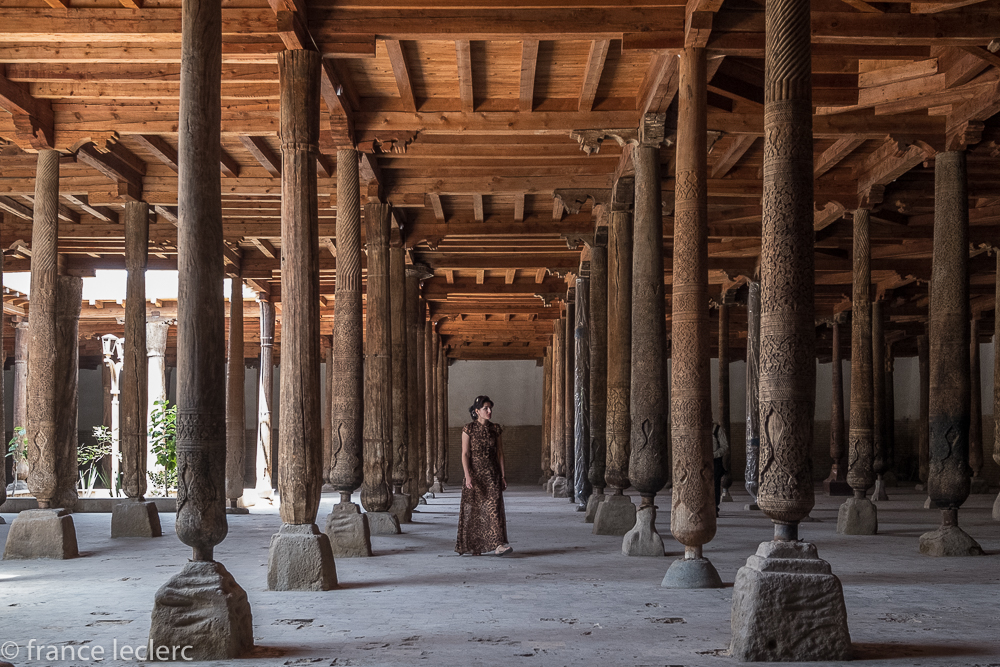 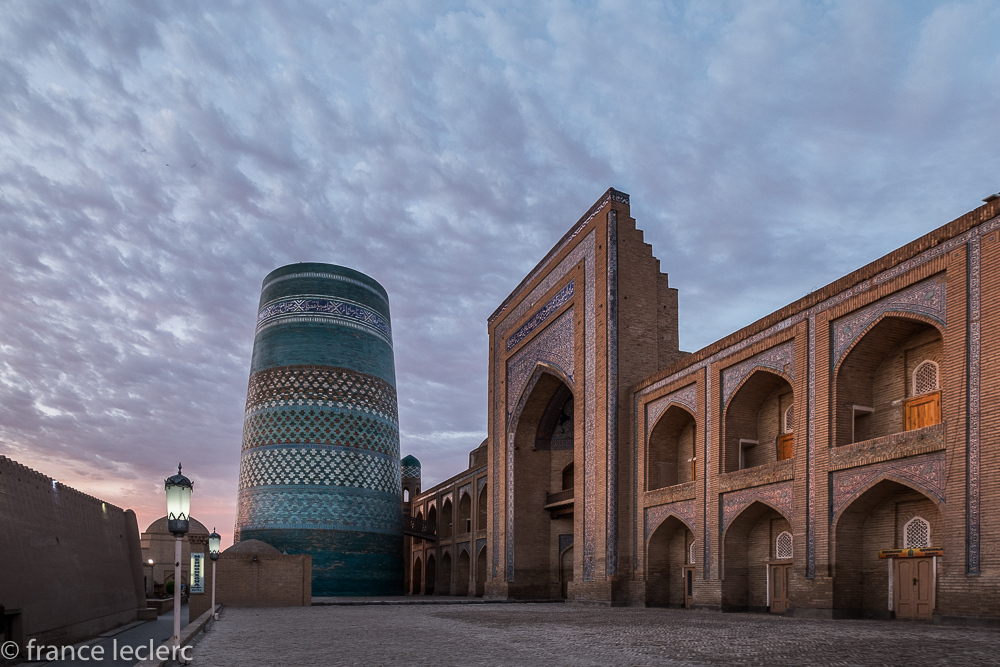 Another perk of roaming the city at dawn, in addition to the beautiful light, was meeting Katarina, a friendly camel who seems to have a strong bond with her owner. Every morning, he grooms her and gets her ready for tourists to use as a prop for their selfies. Chatting with the owner, we asked if Katarina ever had babies to which he answered no and then clarified that she had never been married. Obviously out-of-wedlock babies are not the done thing for camels, at least in Khiva. 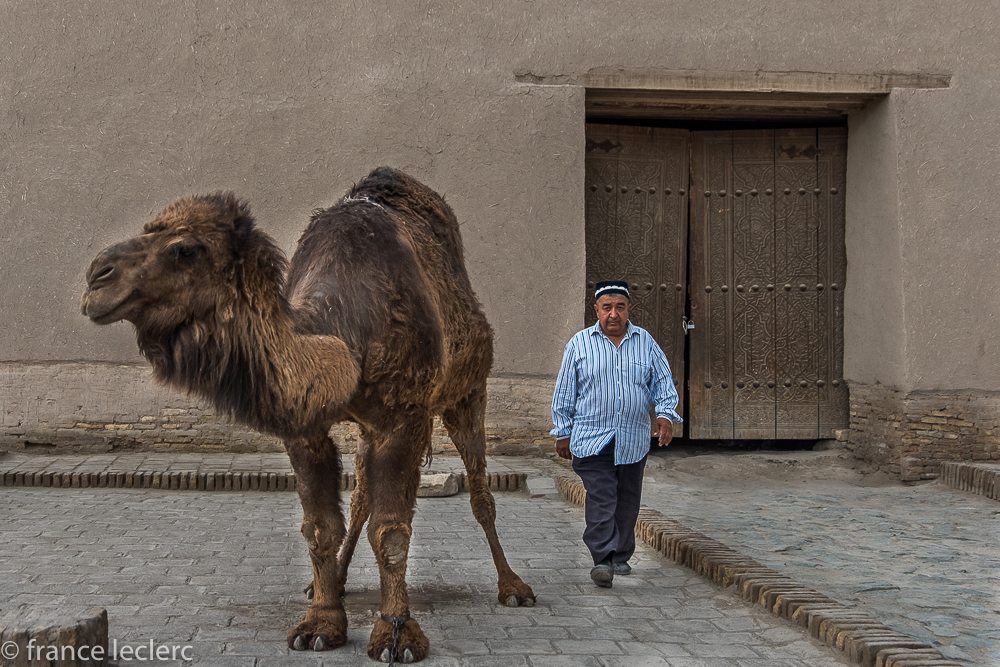 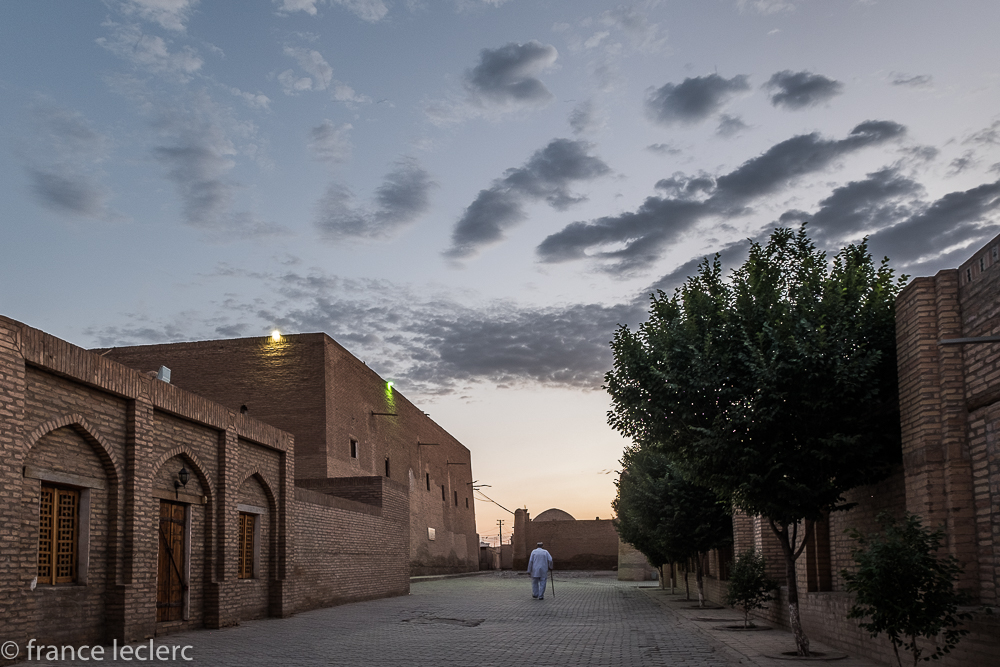 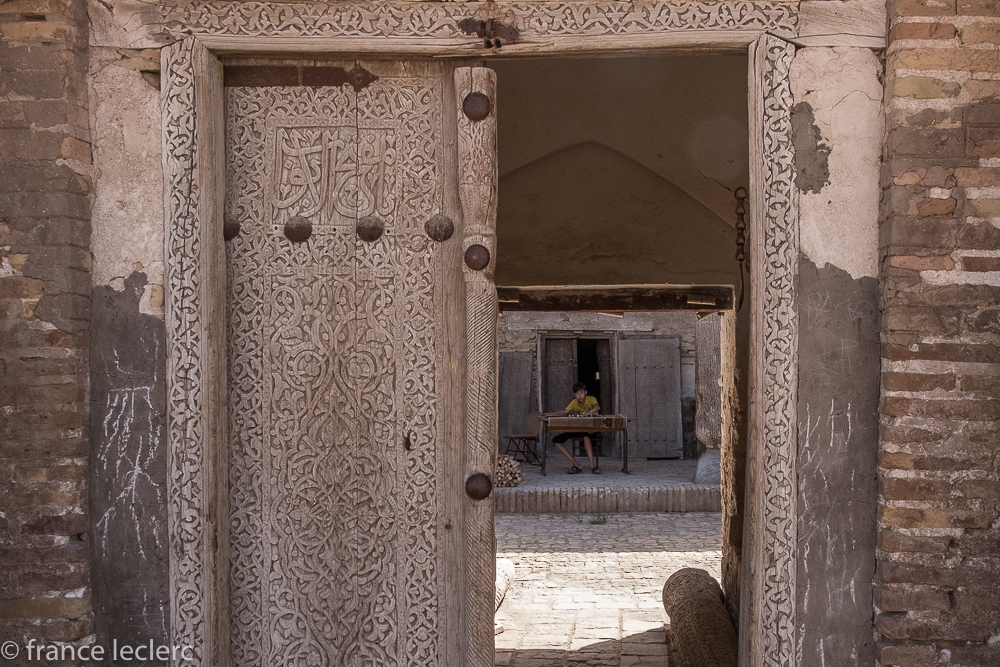 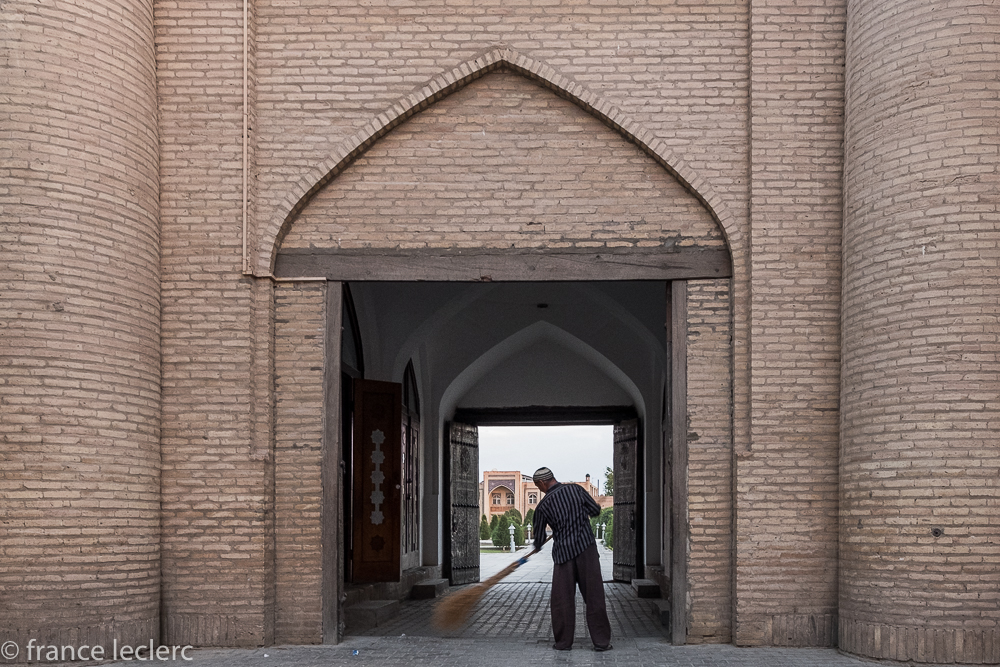 The early morning was also my favorite time to explore the modern district of Khiva, outside the walls. Seeing people starting their day, cleaning their surroundings, or leaving their home inspired me to photograph the curtains many of the locals have in front of their door. 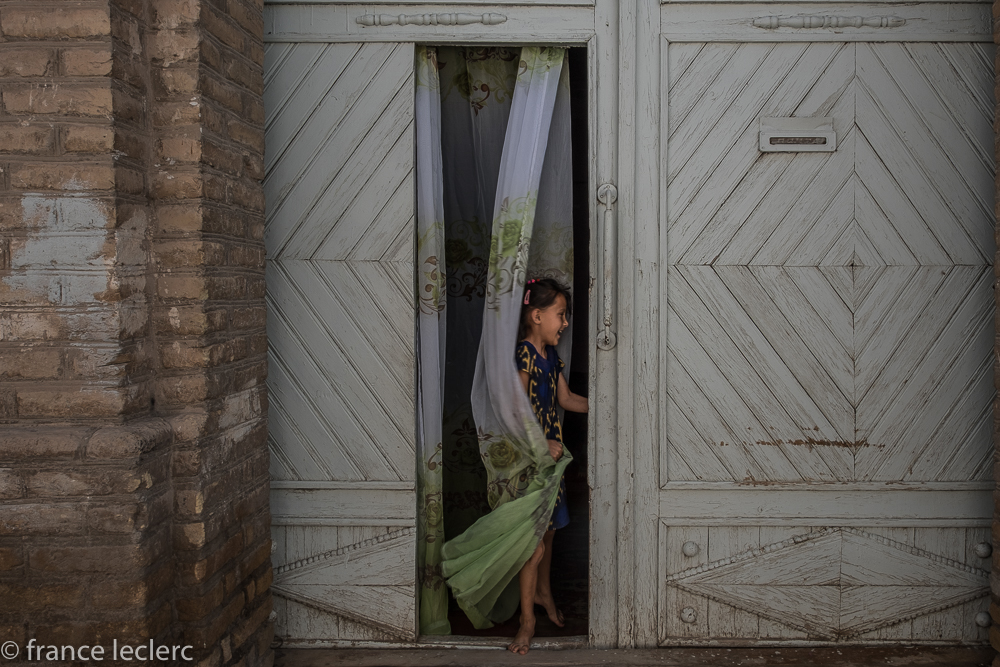 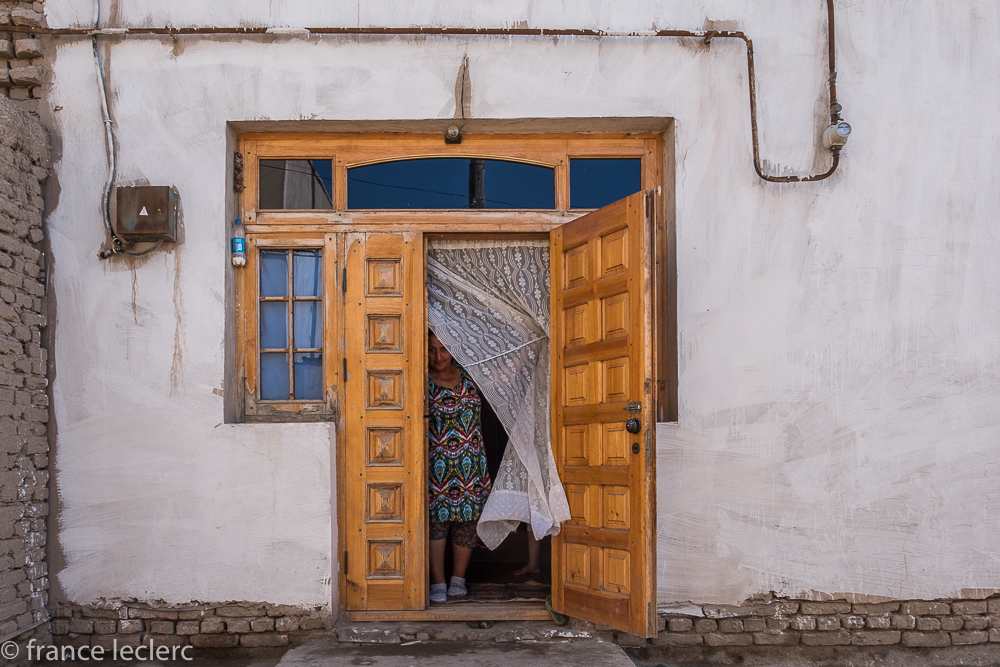 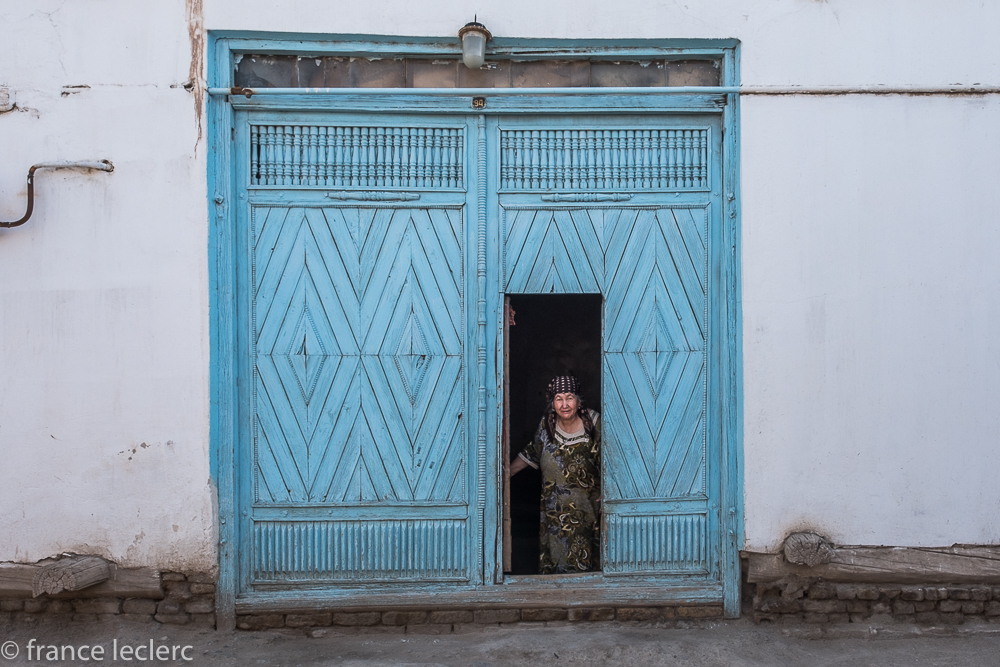 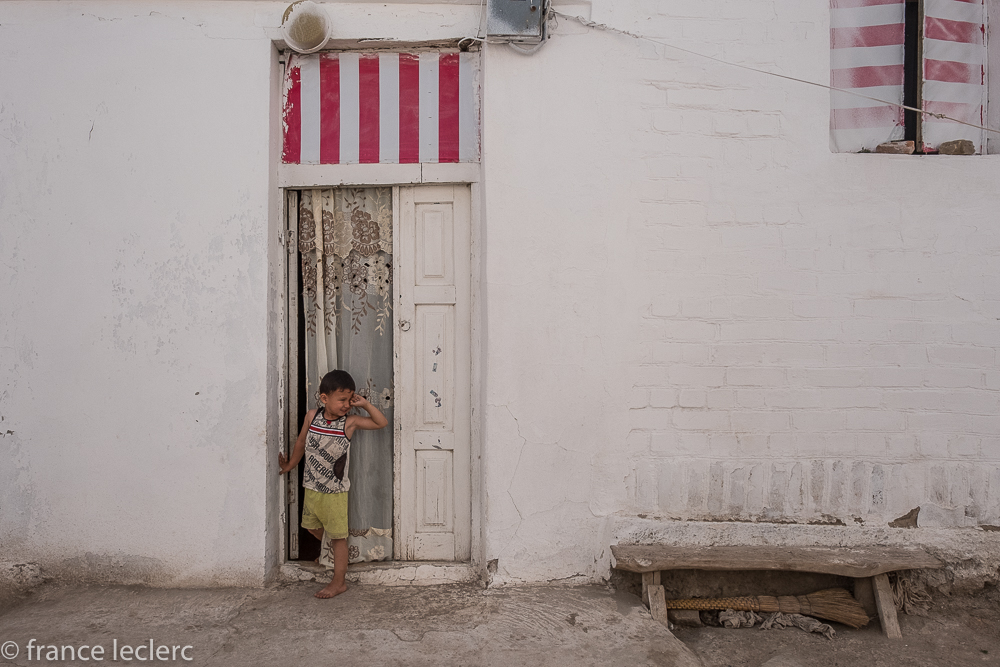 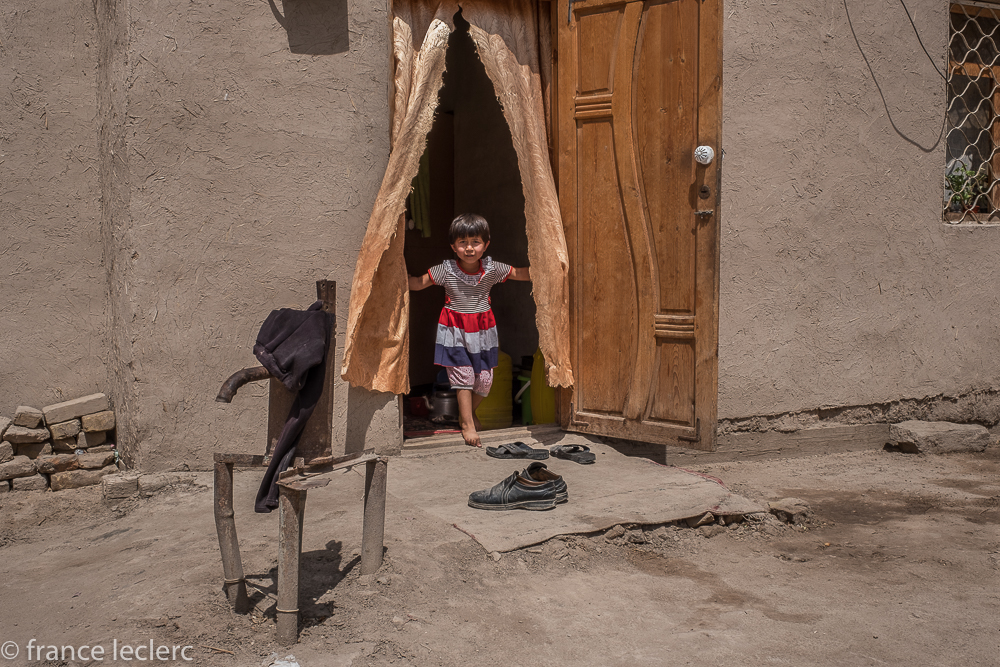 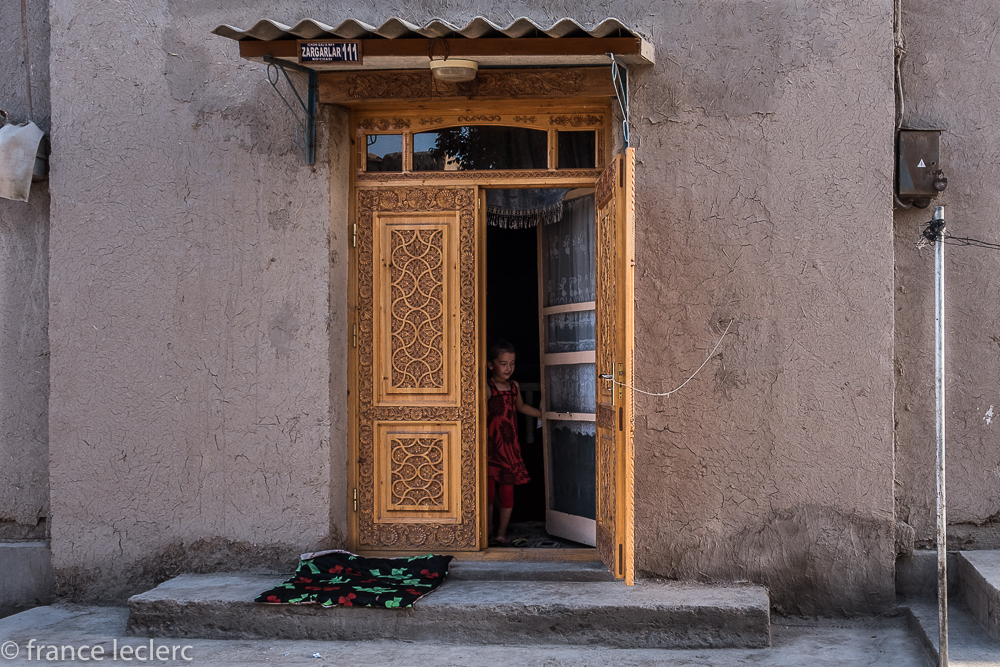 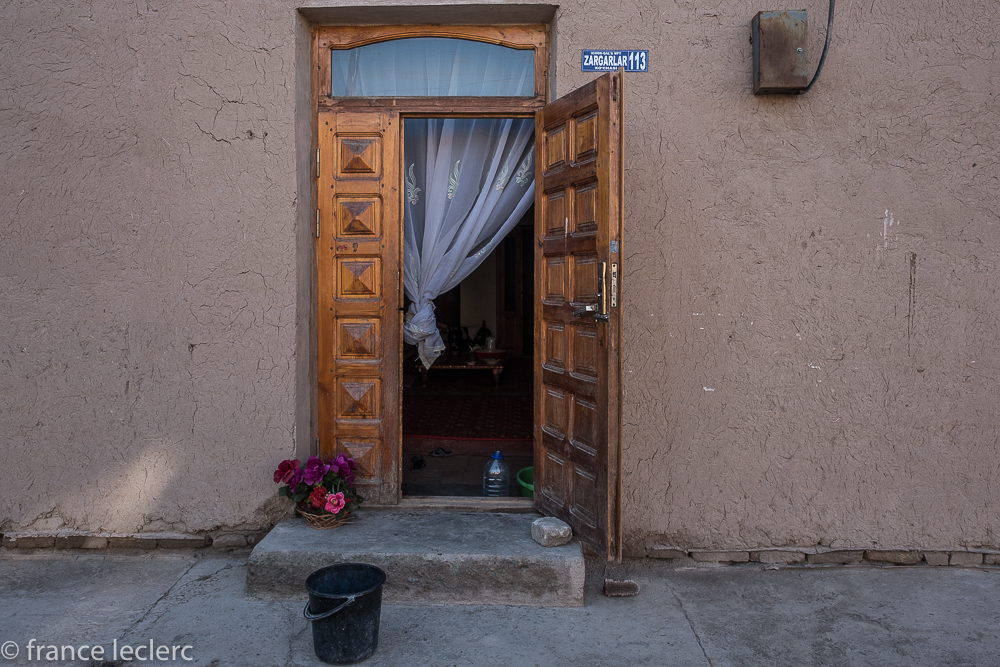 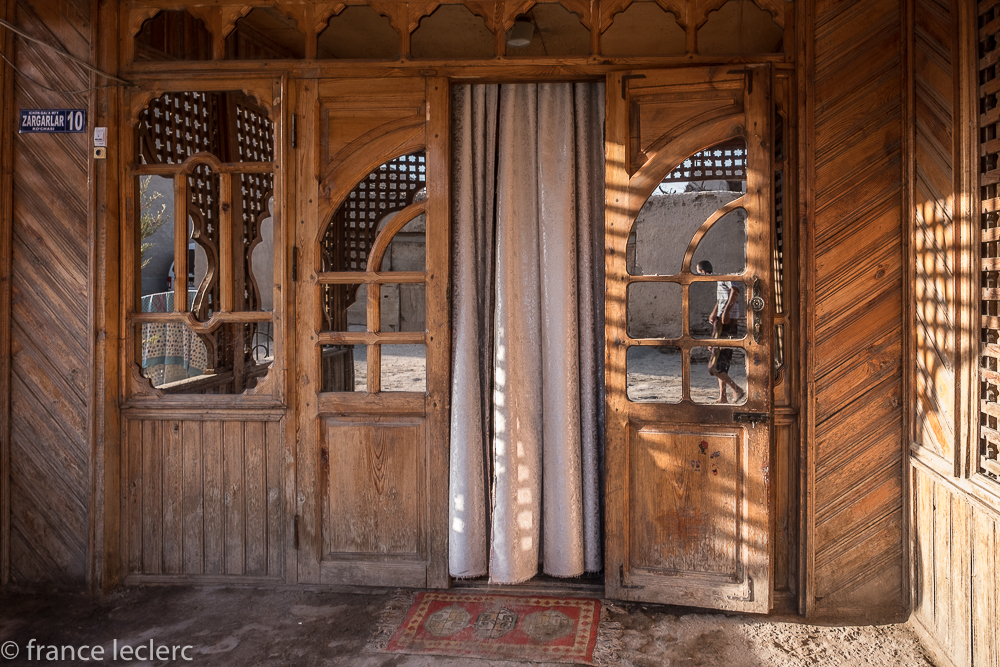