Kyrgyzstan, the Land of Horse Games and of Golden Smiles 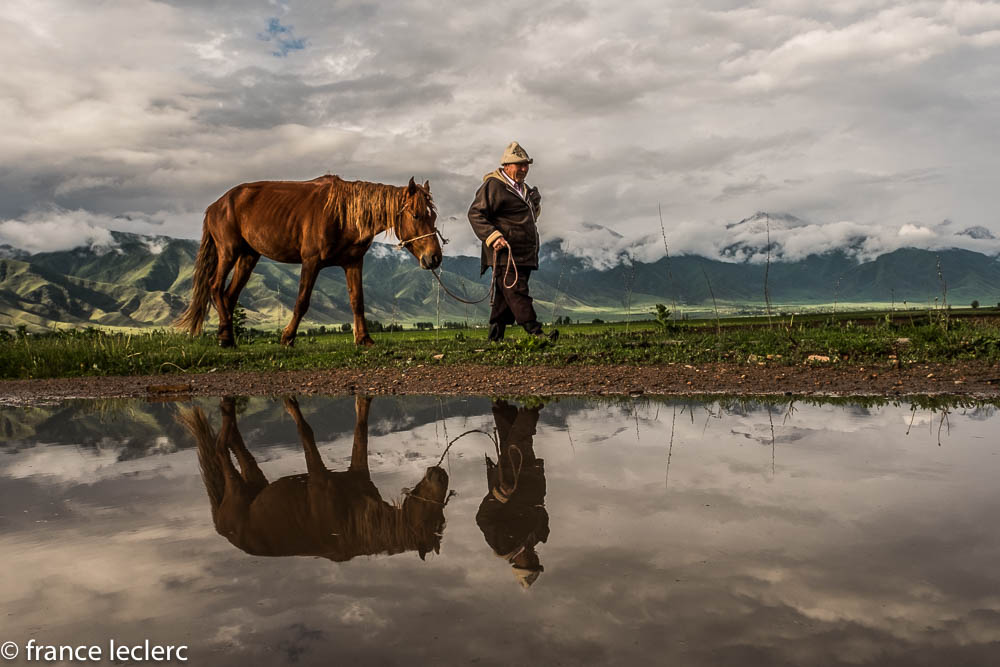 Central Asia, home of most of the Silk Road, the ancient trading route connecting the East and the West, was obviously once a well-traveled part of the world. Since then, the Silk Road’s myths and legends have occupied the dreams of children and adults alike for generations, the mystery probably enhanced by the fact that in recent times, it had become difficult for travelers to explore the area. But now Central Asia, carved by the Soviet Union into five countries in the early 1920s (Kazakhstan, Kyrgyzstan, Tajikistan, Turkmenistan, and Uzbekistan), is eager to reconnect with the rest of the world (well some of its countries more than others). And I was eager to see how the area now referred to as the “Stans” (the Persian suffix “stan”, means “land of”) had survived the traumatic Soviet break-up. Of course, I was also keen to just see these lands up close including meeting the locals and discovering the beautiful landscapes and unique architecture, all of which had existed for me only in books.

So last spring, I traveled to three of the five “Stans” (Kyrgyzstan, Turkmenistan, and Uzbekistan) for a first glimpse of the enigmatic Central Asia. In this first blog, I will focus on Kyrgyzstan and will get to the other two countries in later posts.

Kyrgyzstan is often referred to as the Switzerland of Central Asia as the Tian Shan mountain range covers over 80% of the country. Despite their beautiful parks and greeneries, a few days in Kyrgyzstan’s capital Bishkek and its second-largest city, Osh, convinced me that the appeal of the country is mostly its very scenic countryside (unless one likes soviet-style architecture). This feeling may have been exacerbated by the fact that it rained heavily while we were there, but in retrospect, it not very surprising because historically the Kyrgyz were nomadic people belonging to 30 different tribes. Urban living and architecture did not come naturally. Also, since its independence, the country has experienced a number of political upheavals, which may have contributed to a delay in its urban development.

What stayed with me, however, was the number and size of the bazaars in these two cities. In Bishkek, the Dordoi Bazaar, and the famous Osh Bazaar and in Osh, the Jayma Bazaar, that is said to have been in the same spot for 2000 years, are places where one can buy anything imaginable, from delicious dry fruits to the kalpat, the local felt hat proudly worn by local men, to electronics of all sorts. One can also sit down and enjoy some delicious juicy shasliks (kebab). Vendors are friendly, welcoming, and gladly showing their golden smiles– a lot of the older locals have opted for gold teeth, which are apparently considered a symbol of wealth (a fashion over all Central Asia). 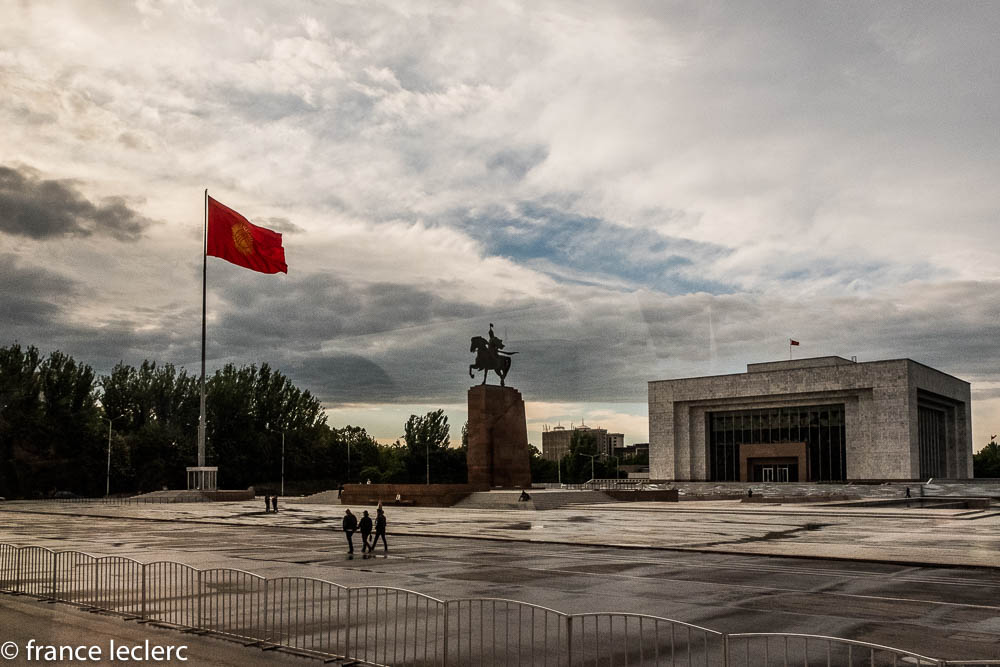 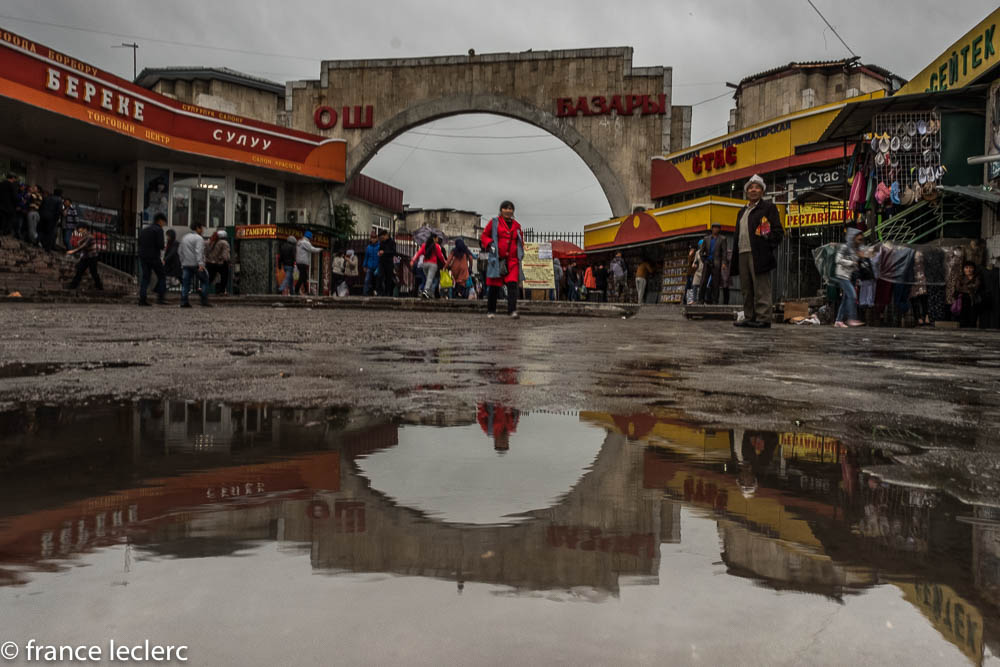 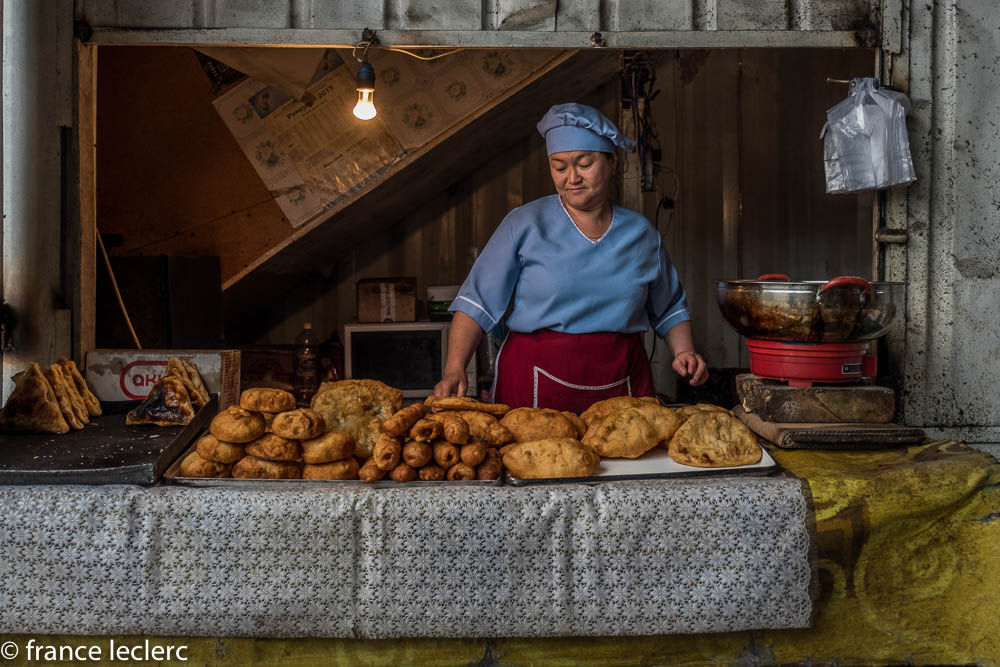 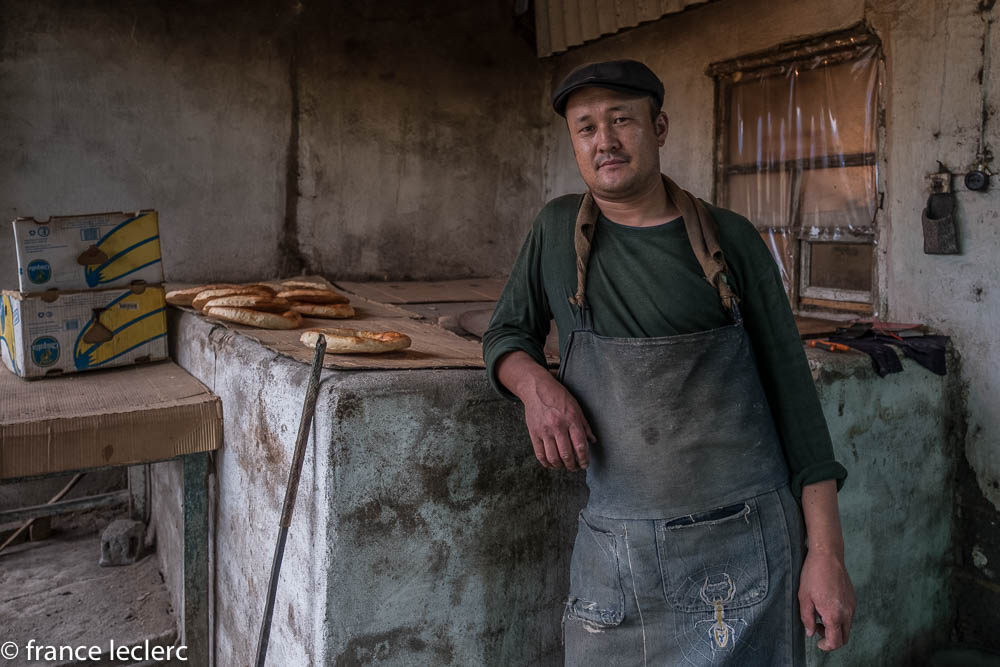 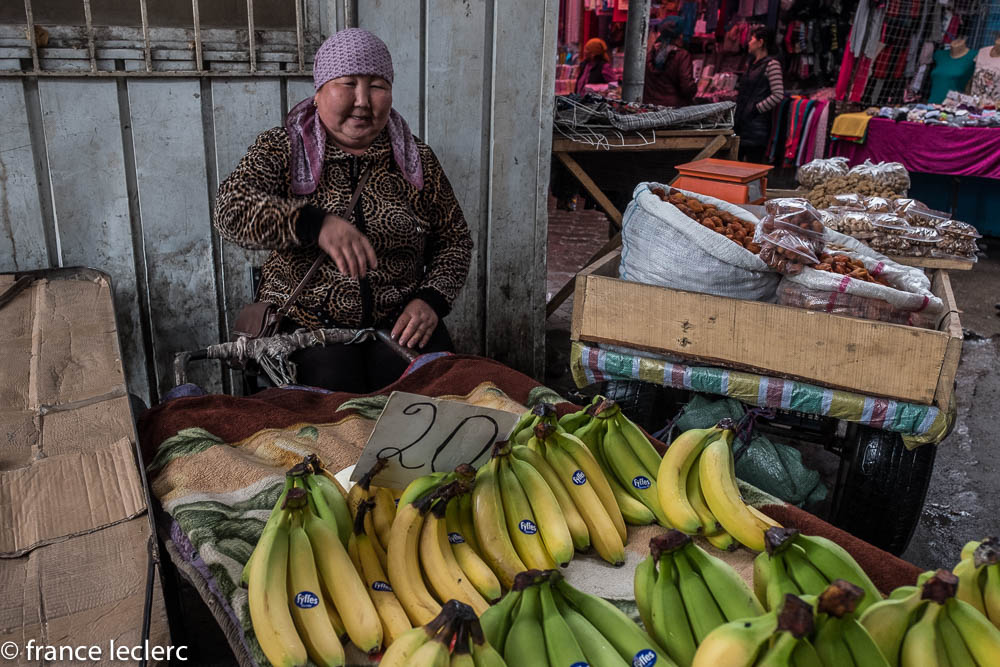 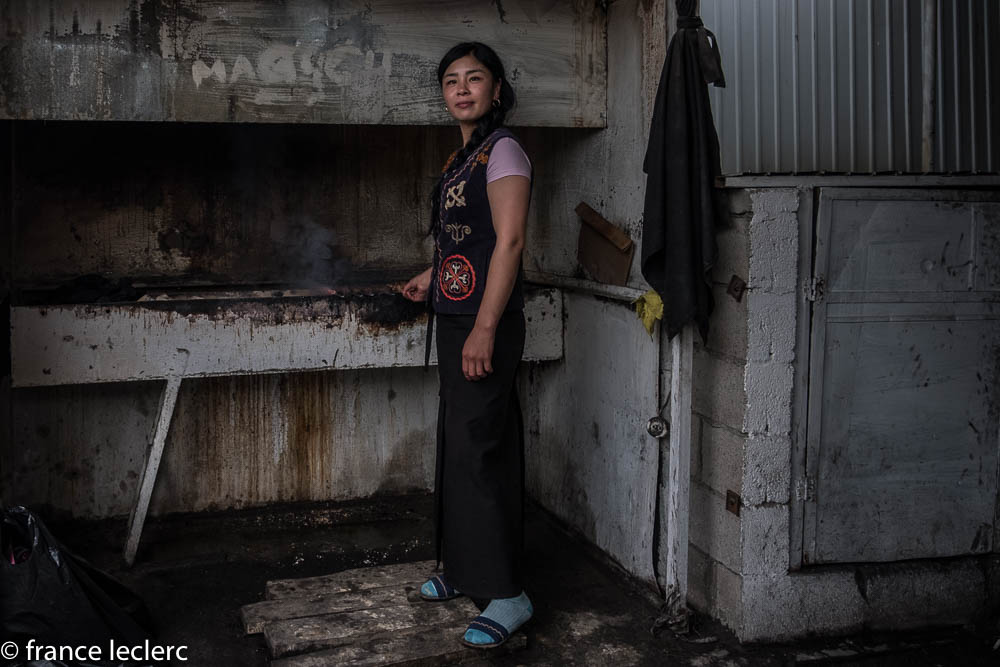 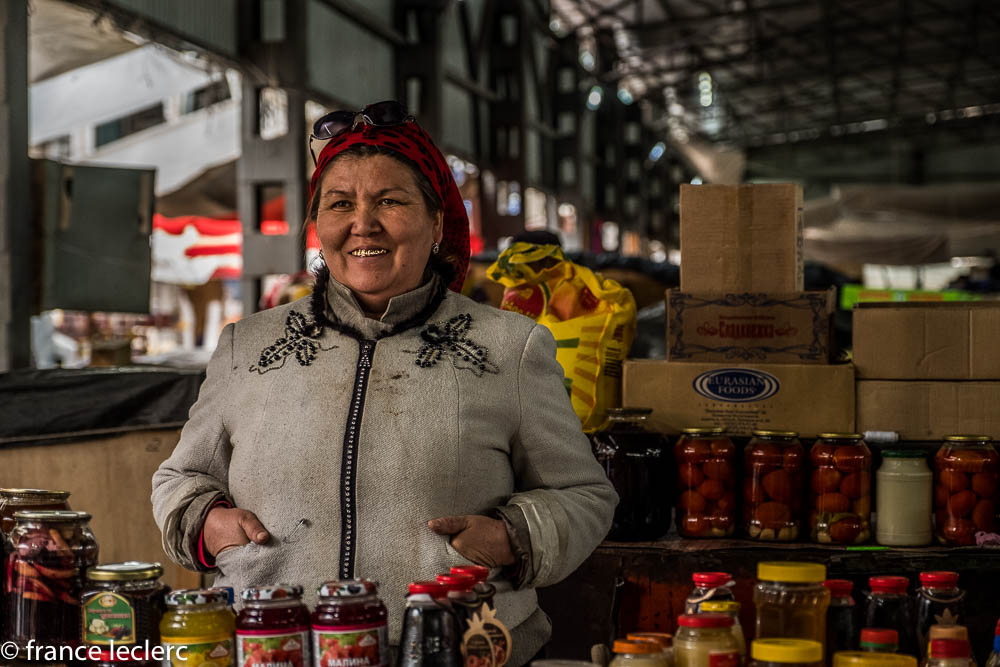 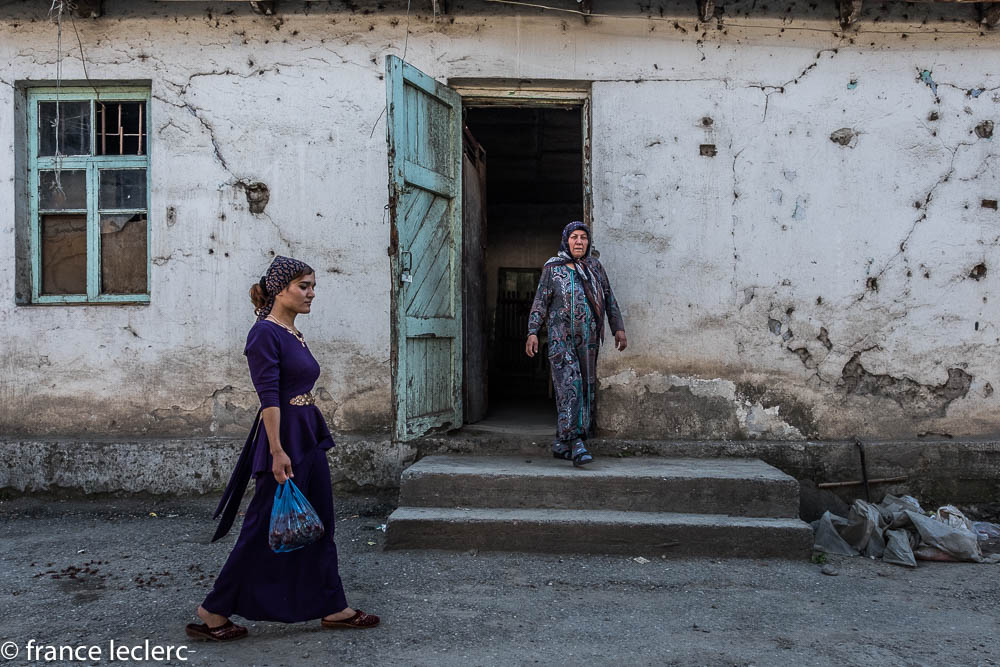 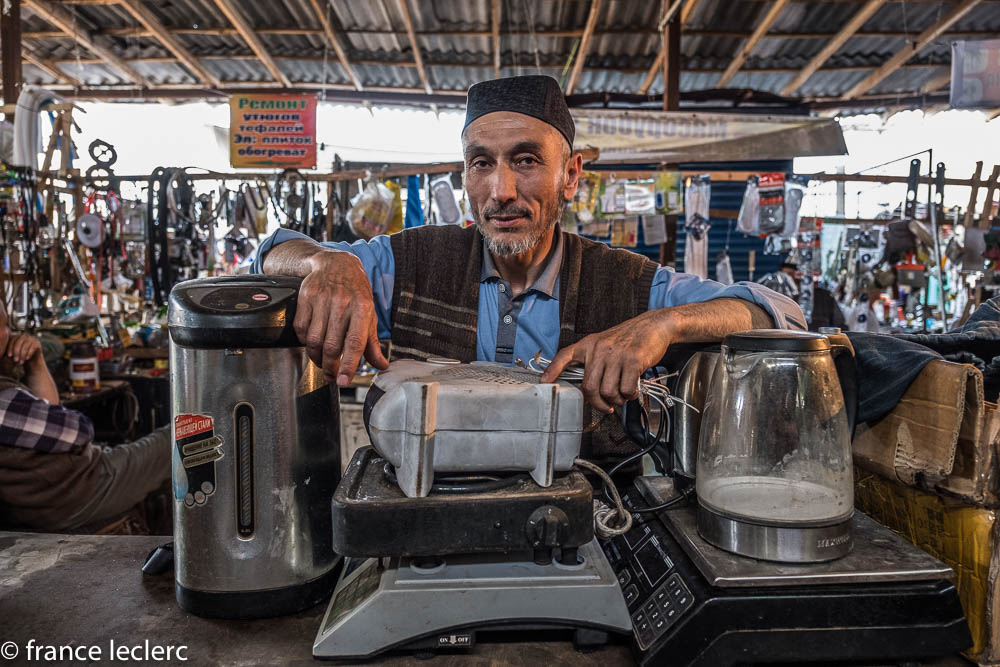 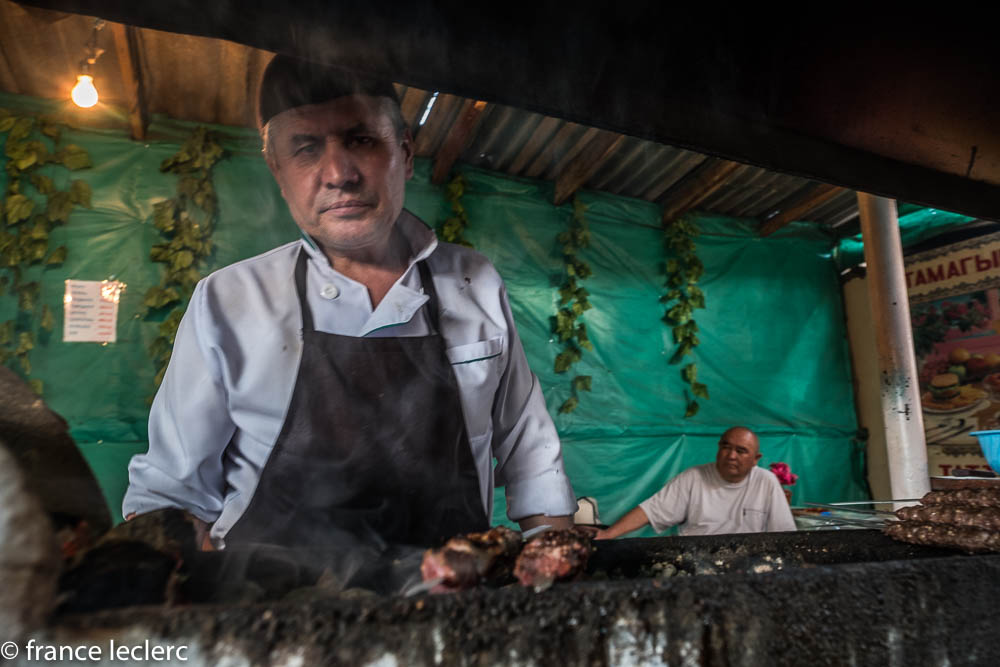 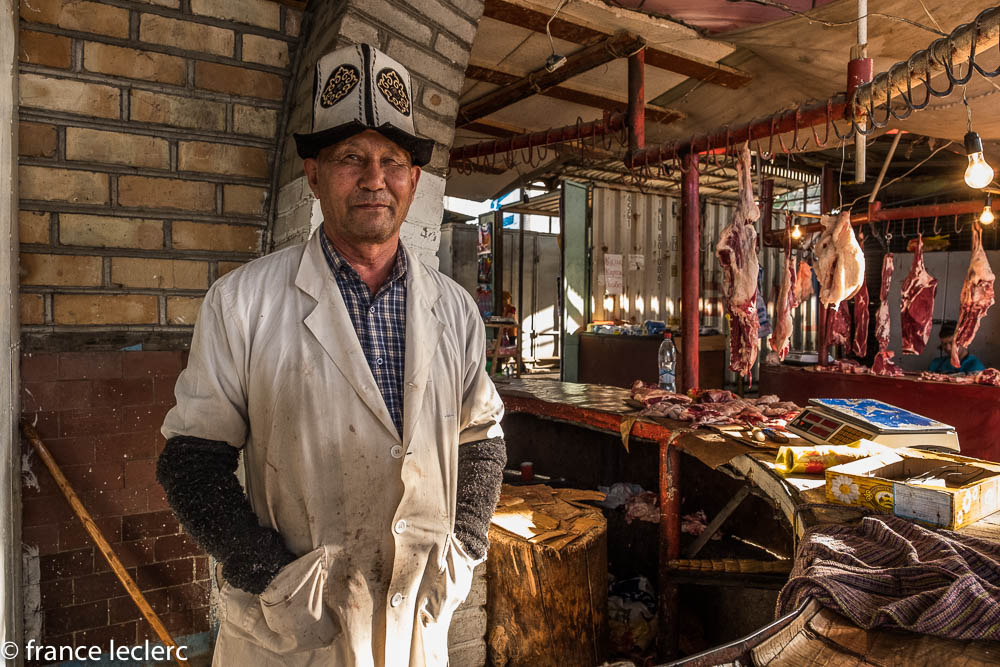 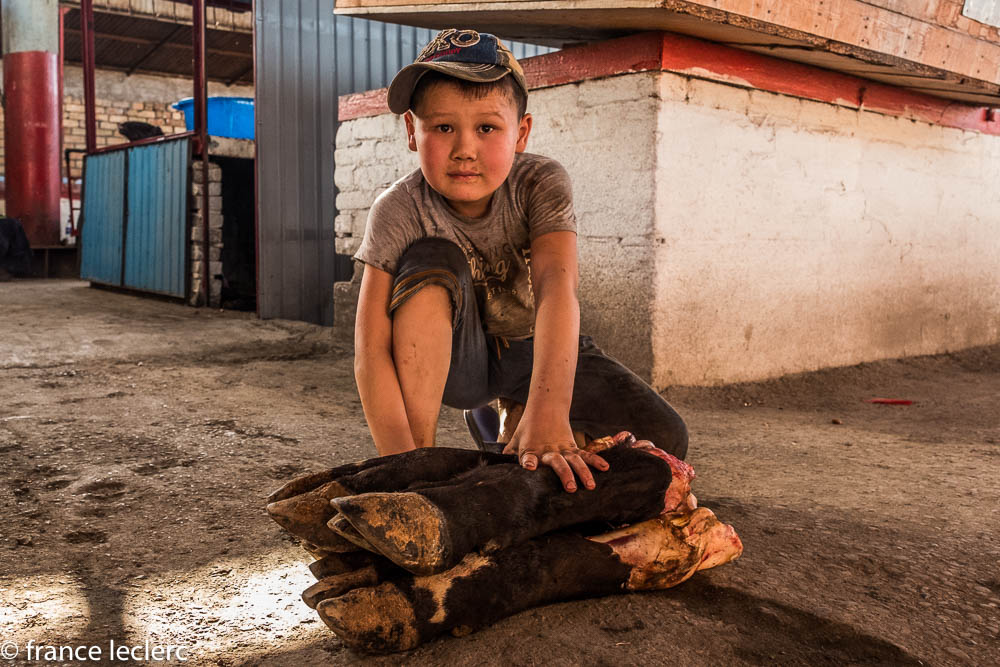 Heading to the countryside one discovers quickly that horseback riding is still a major part of life. On the way to the Chon-Kemin Valley which sits between two mountain ranges, time and again we stopped to chat with local herders on their horses. We finally reached the small village of Kalmak where we were greeted with more golden smiles and where horse games like I had never seen before were played. To demonstrate their equestrian skills (which are very impressive), the riders warmed up first by playing a game where they had to pick a stick (or preferably money) from the ground at full speed. They do so barely holding to their horse and clenching their whip with their teeth. A second game is basically a form of wrestling on the horse where players are trying to make their opponent fall off the horse exclusively by pulling each his arm. All of these games were developed to entertain the nomads during the Silk Road period, which may explain some of the unusual characteristics of one other game called Ulak Tartish or Buskashi, which you can think of as something like rugby or American football played on horseback. However, instead of using a ball (or even one called a pigskin) the players in this game, use the carcass of a goat or a sheep that has just been killed for the occasion.  Two teams of five players try to score by getting the ex-goat into a structure built of old tires (the goal area) and they do this over and over. There is no doubt that this is an unusual game to watch, one in which riders and horses seem to become one. And the prize for the winning team? They get to keep what is left of the goat! 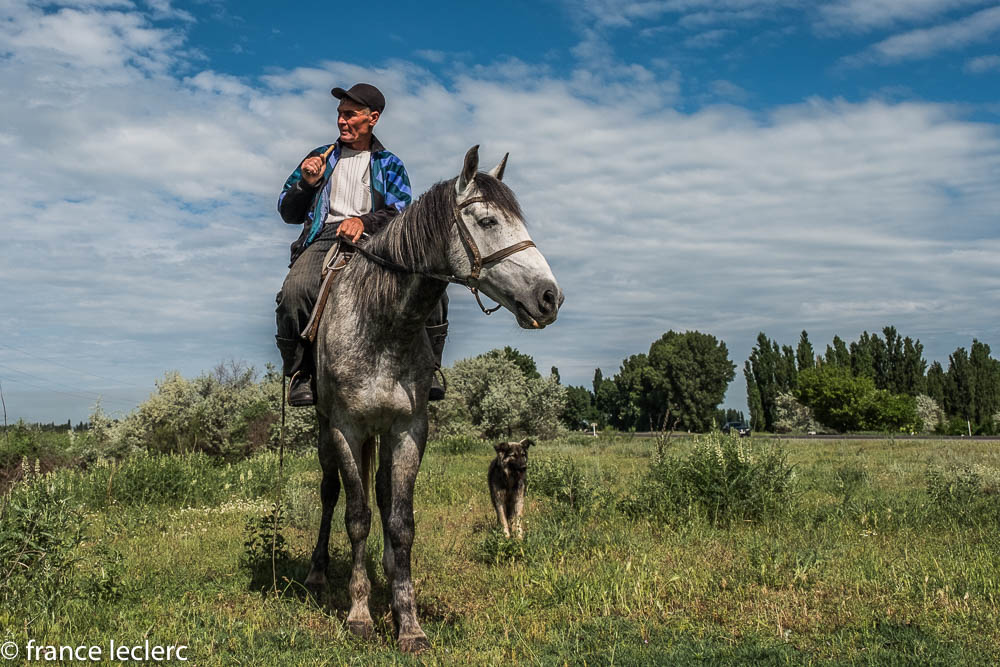 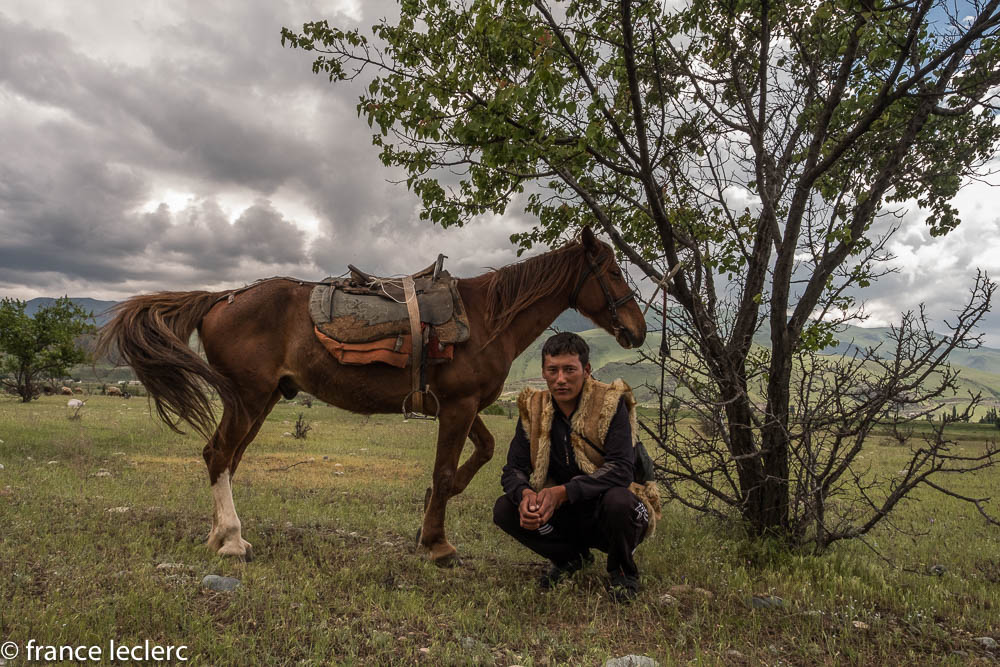 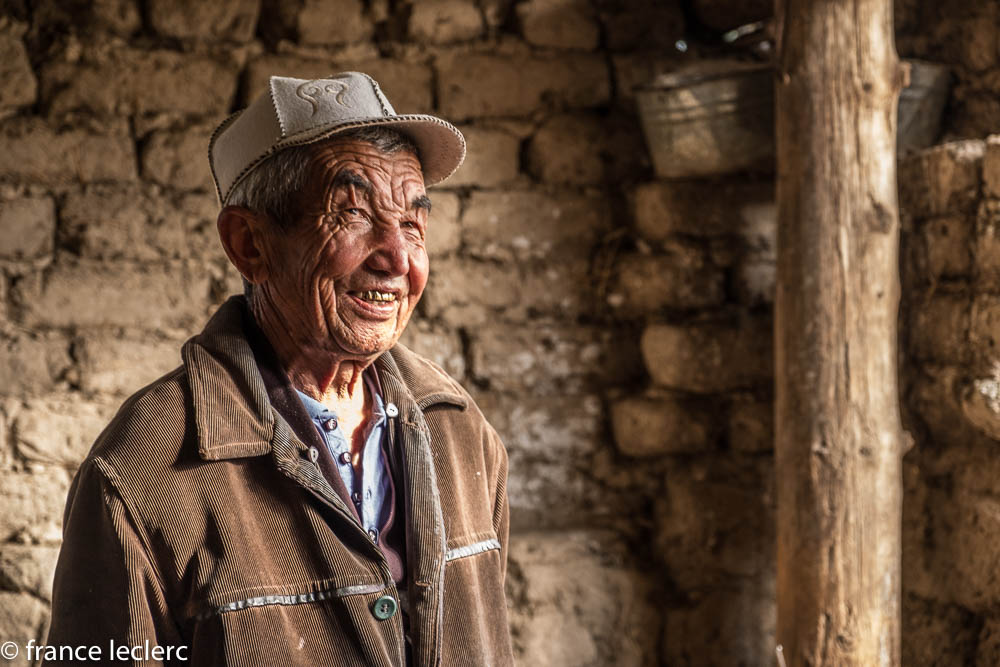 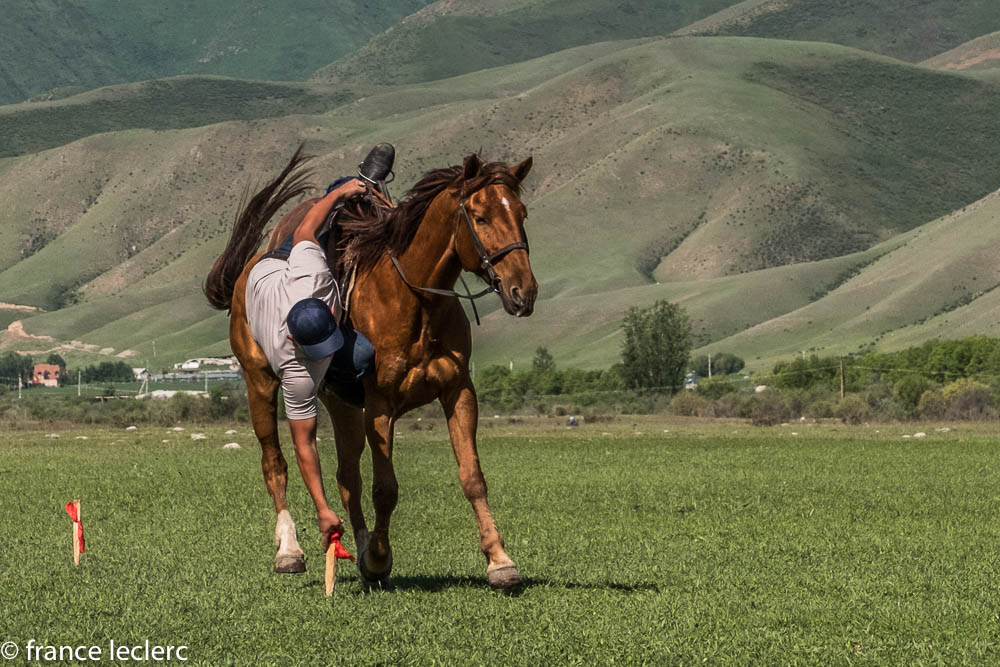 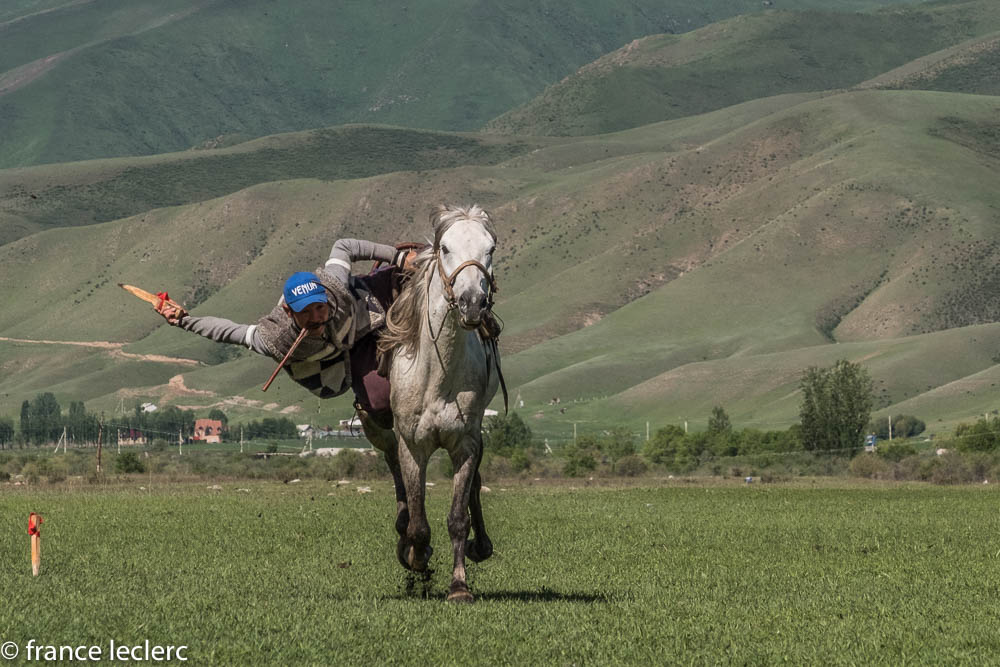 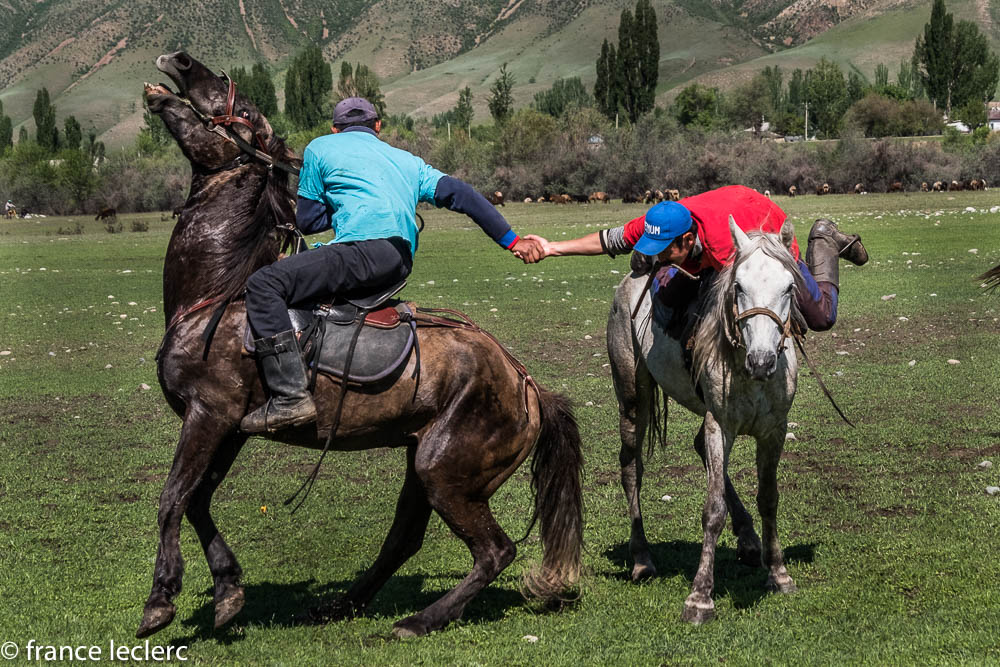 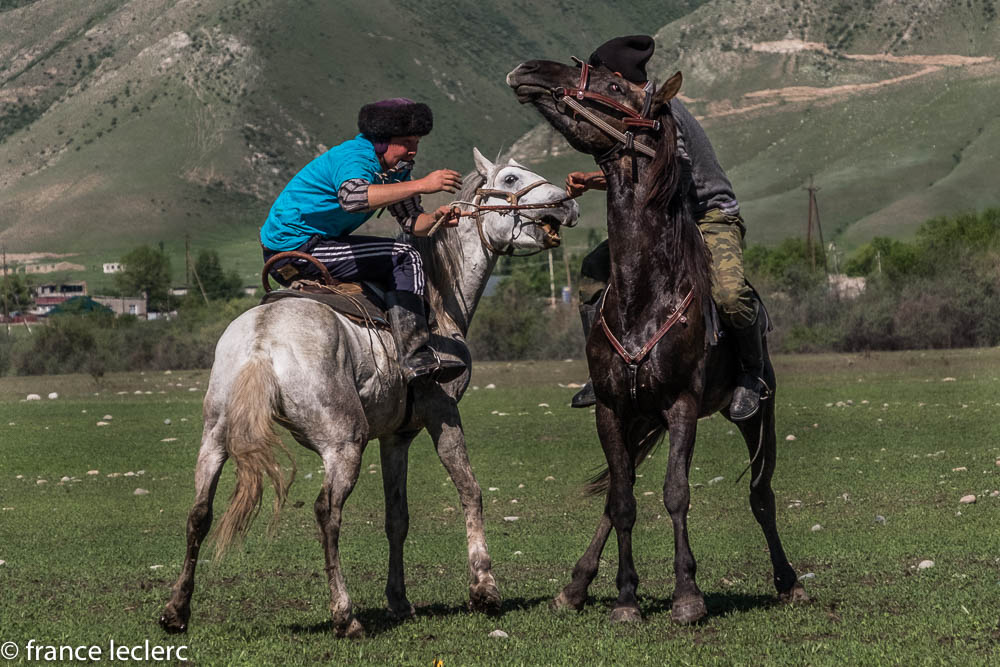 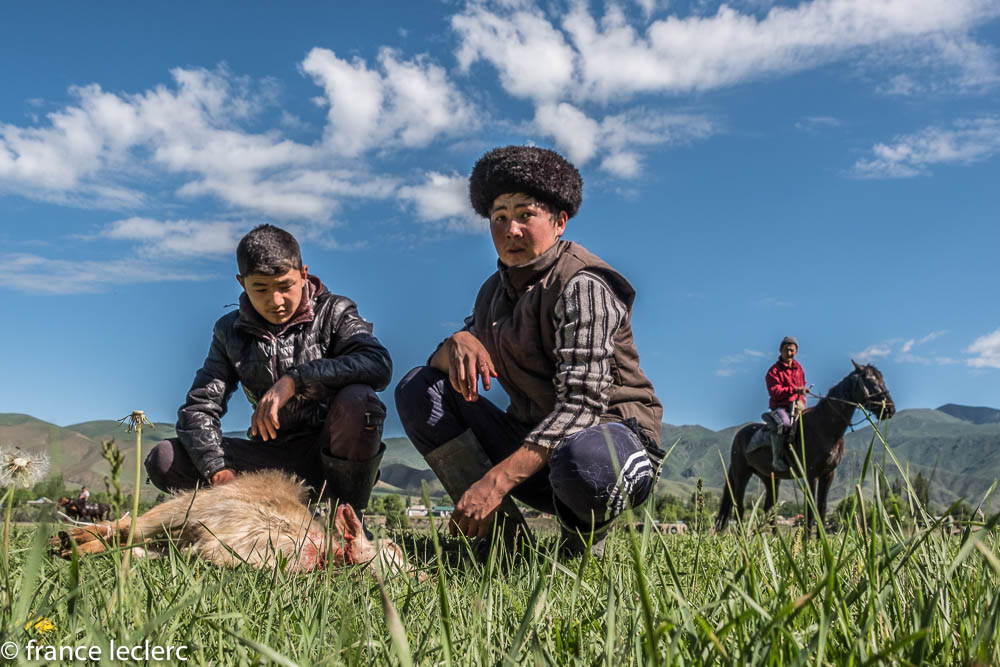 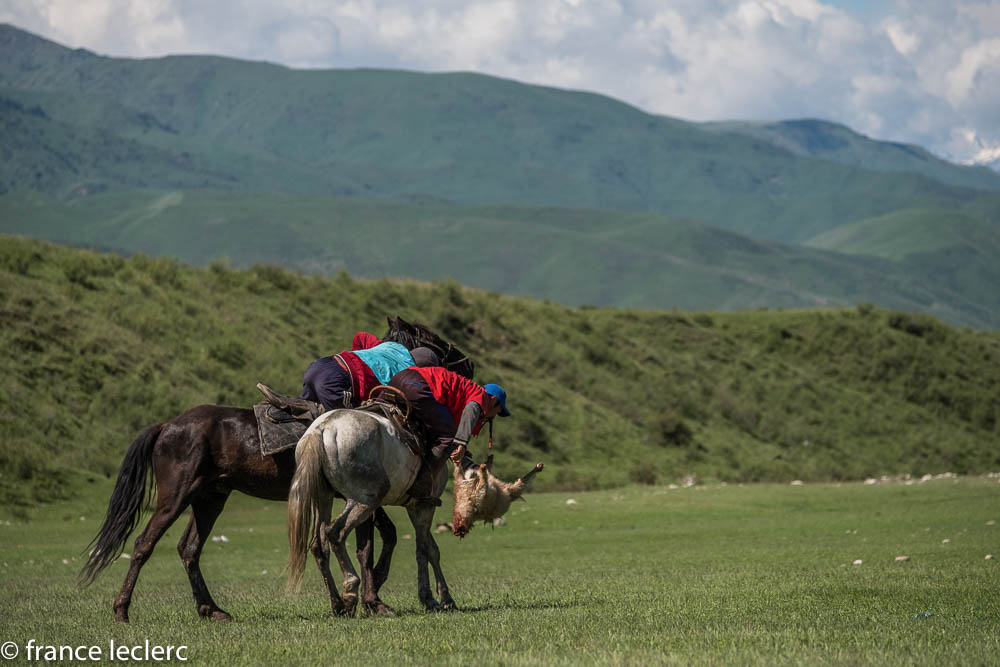 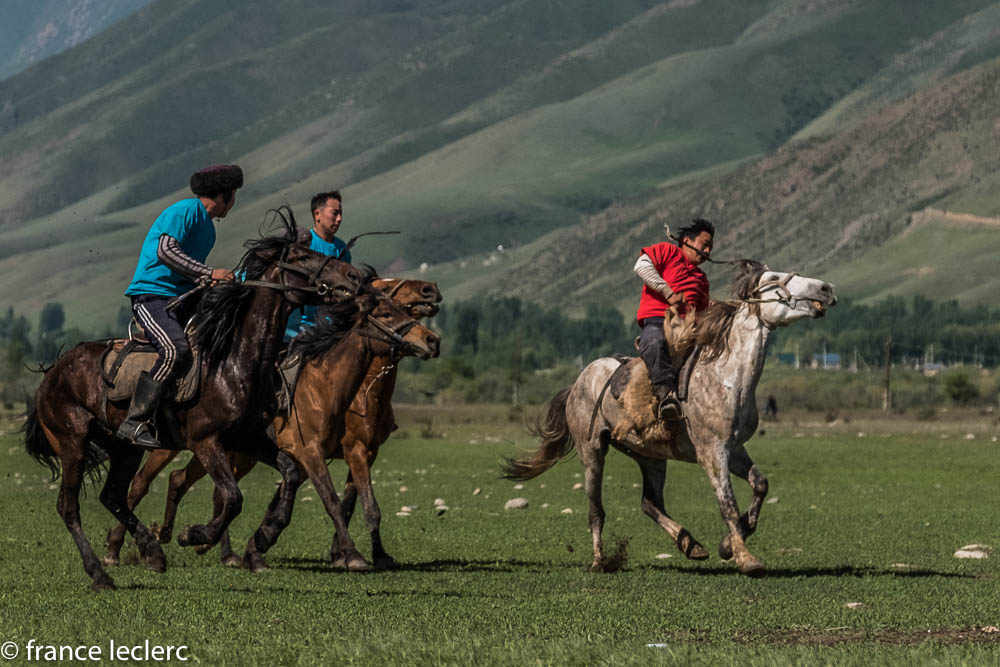 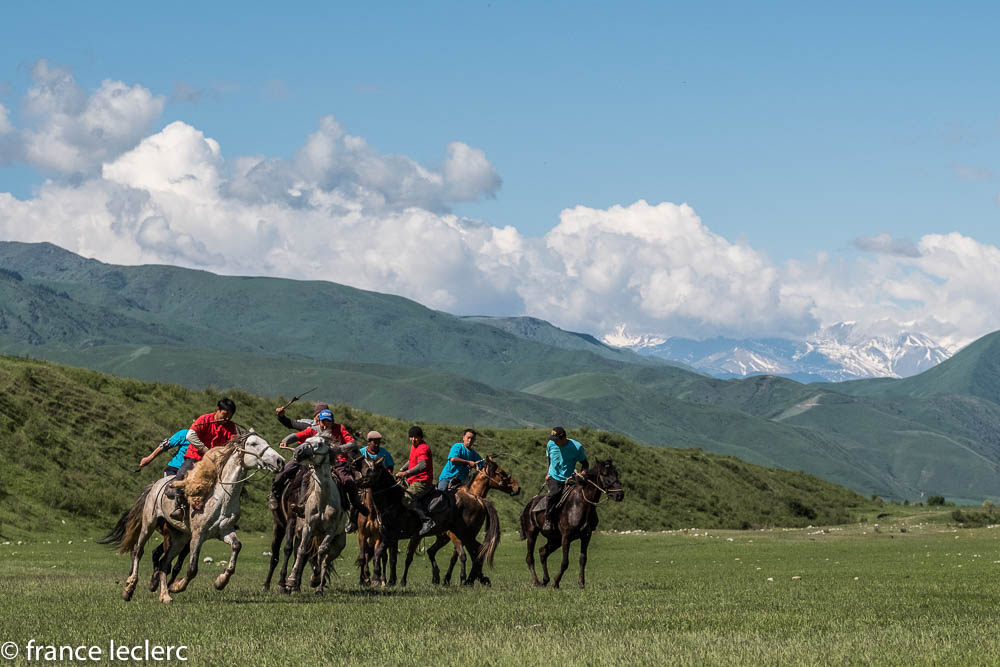 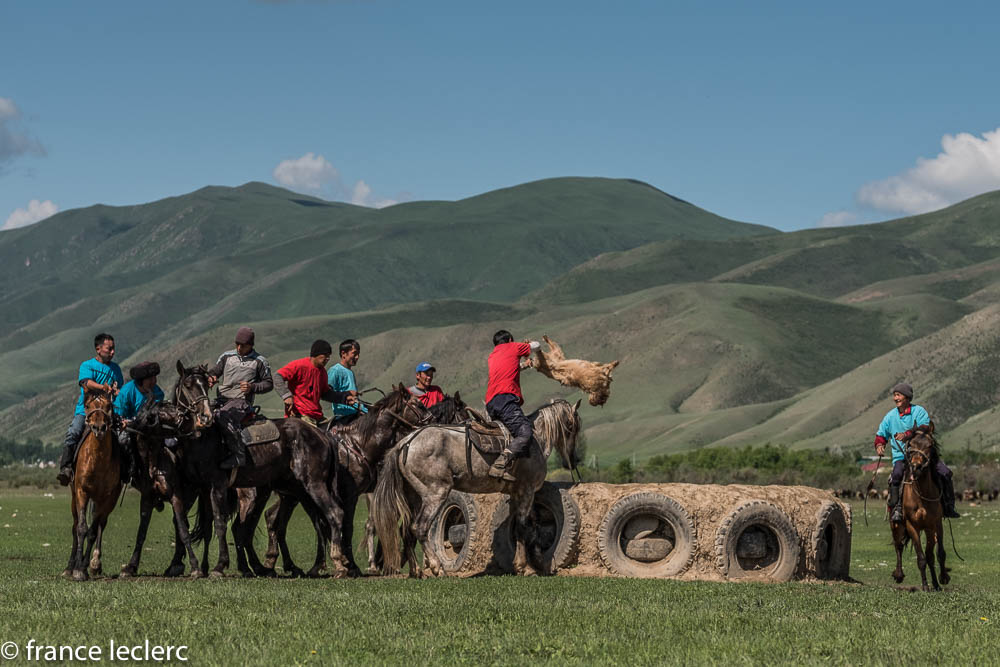 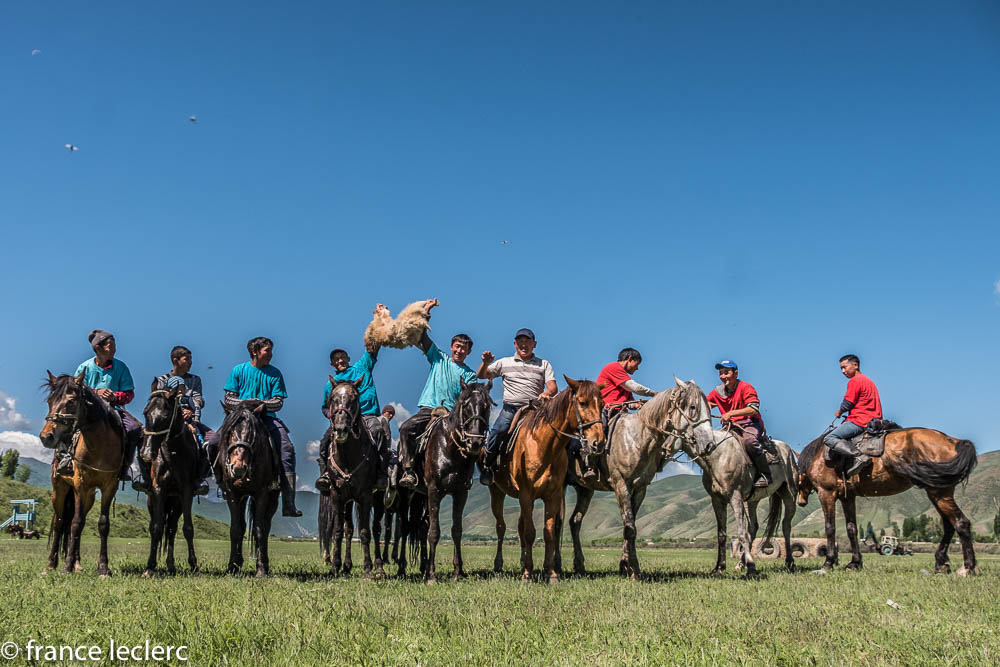 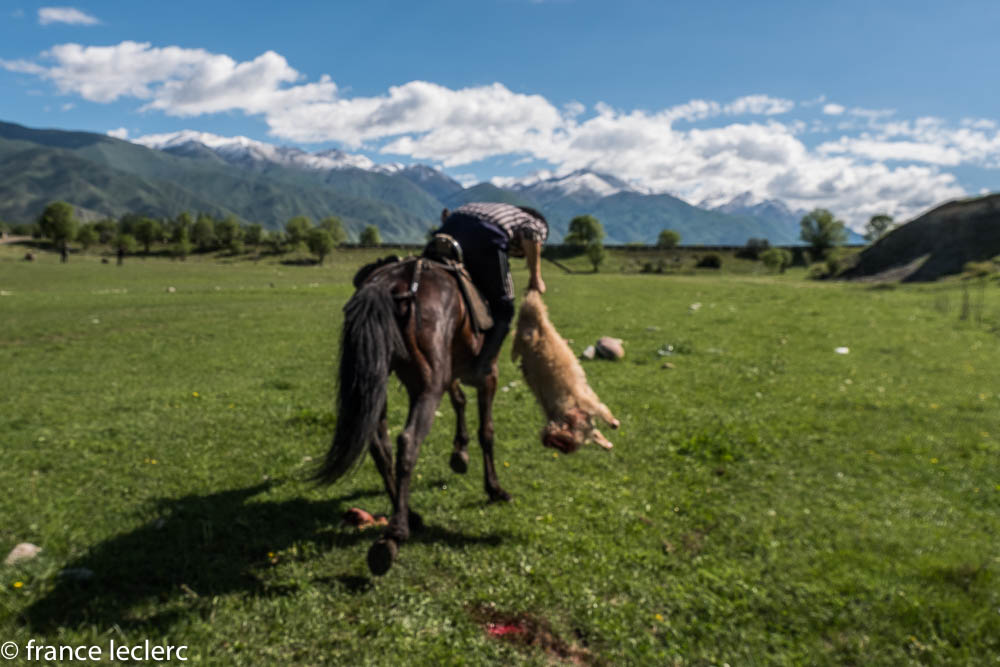