Brief Encounters with Three Tribes: the Arbore, Dassanech, and Mursi 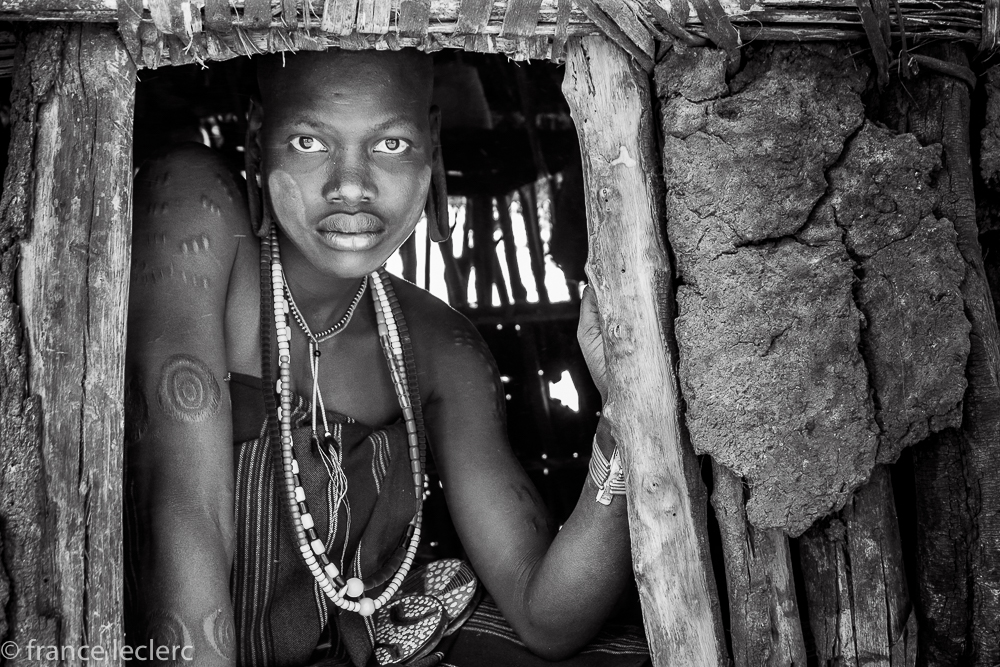 Though revisiting the Hamar (Hamar), Kara, and Nyagatom (Kara) after 5 years was the main goal of my trip to the Omo Valley, I also ended up spending a little time with tribes that I had not met before. Here is a glimpse of what I saw.

One of these groups was the Arbore, a small tribe, which lives in the Southwest region of the Omo Valley.  Though men were out with the cattle, we visited with the women and children of a small Arbore village, including a baby just a few weeks old.  As with other tribal groups, the women and girls have found unique ways to adorn themselves, wearing beads in a very distinctive pattern. In addition, young unmarried girls completely shave their skulls and they cover their heads with a piece of black cloth so as to protect themselves from the relentless sun. Married Arbore women let their hair grow and braid them tightly. 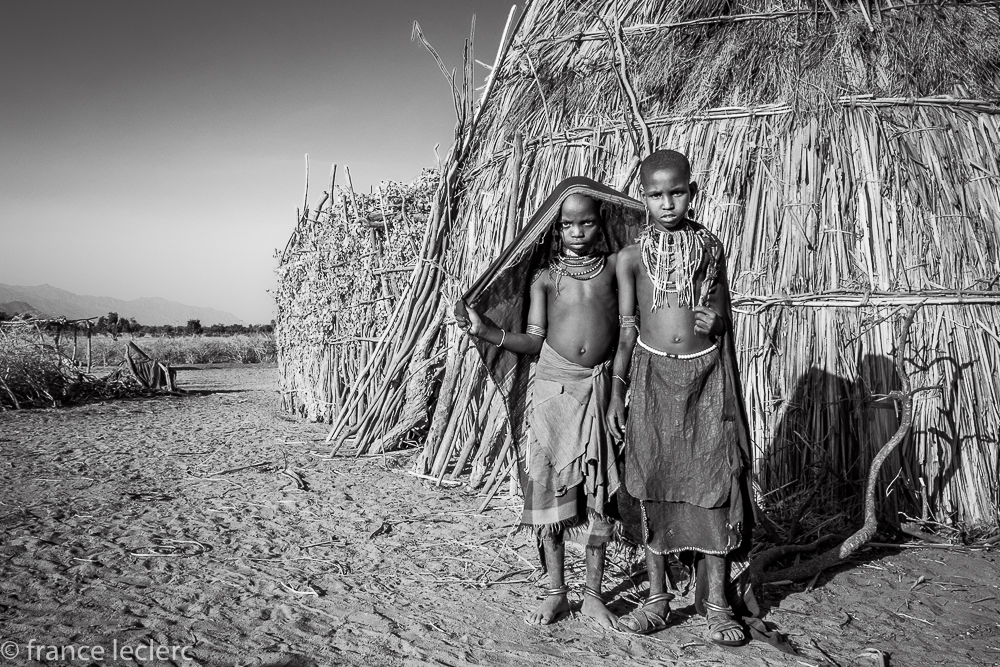 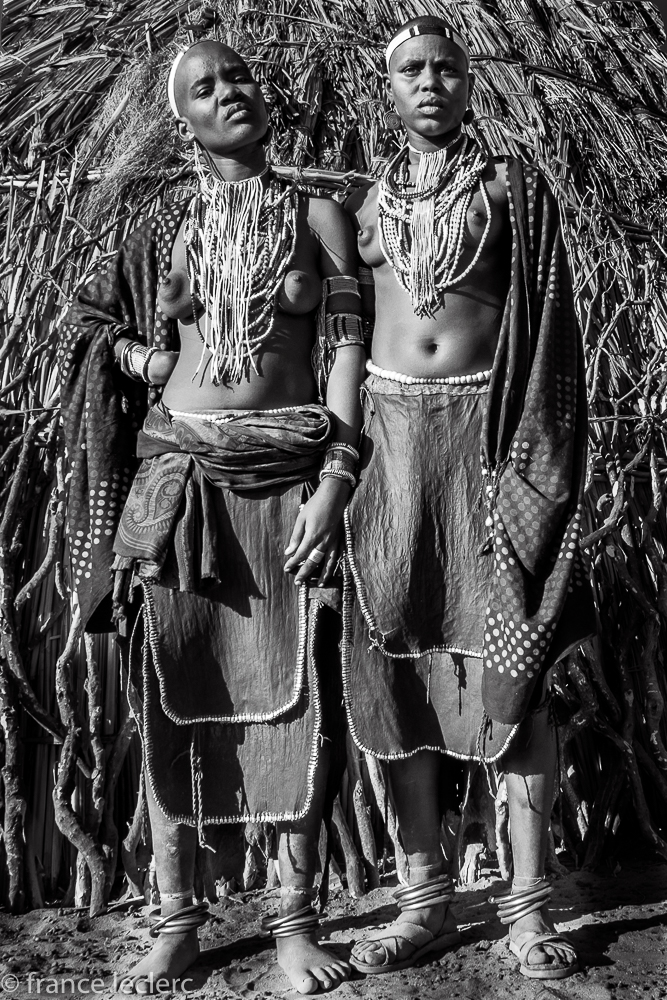 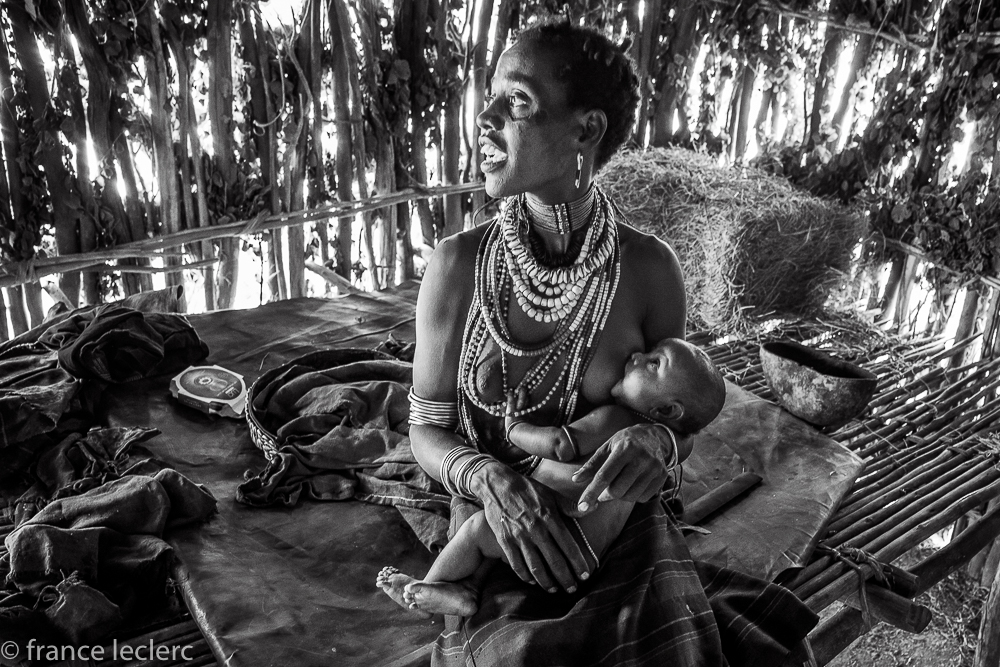 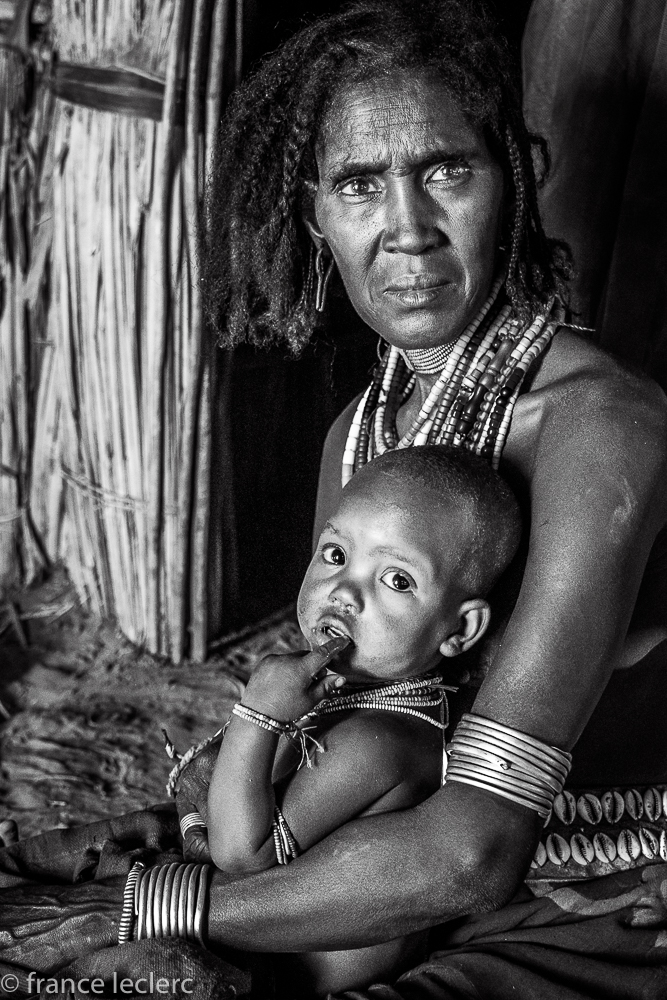 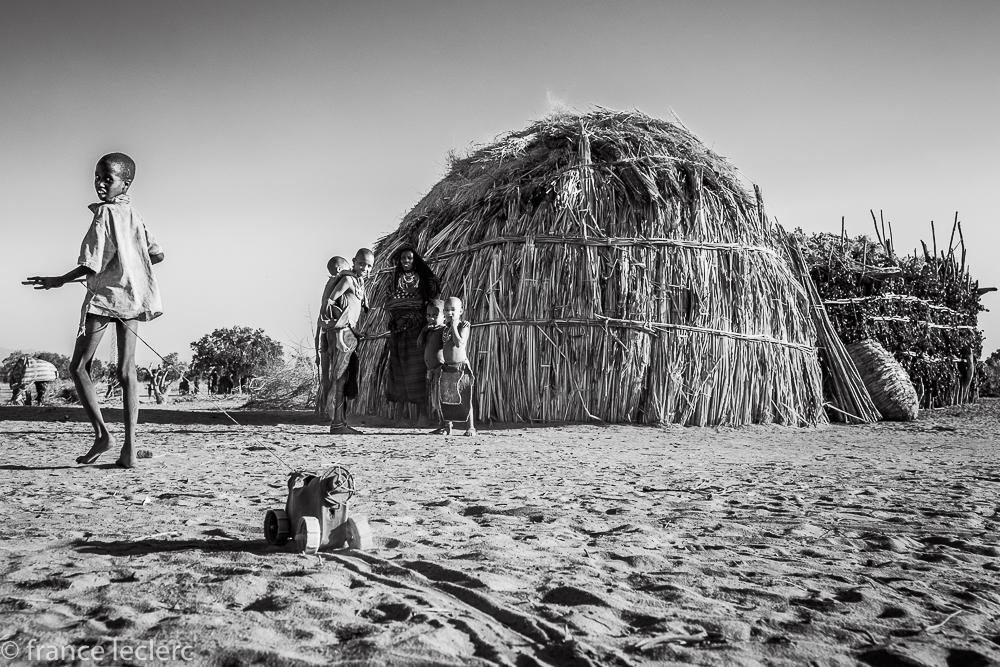 We also stopped briefly at a Dassanech (Dassanach) village. I had met with people from the Dassanech ethnic group previously at the Turkana festival (Turkana) but had never visited a village. As we arrived, all were sitting in front of their huts very welcoming. For me, this is both good and bad. Of course, I am always grateful to be happily greeted, but it also means that it will be difficult to see people in their daily activities, as we become their focus as opposed to them being ours. Yet we saw many women of all ages carrying pots on their heads with a balance and an elegance that I can only dream of. 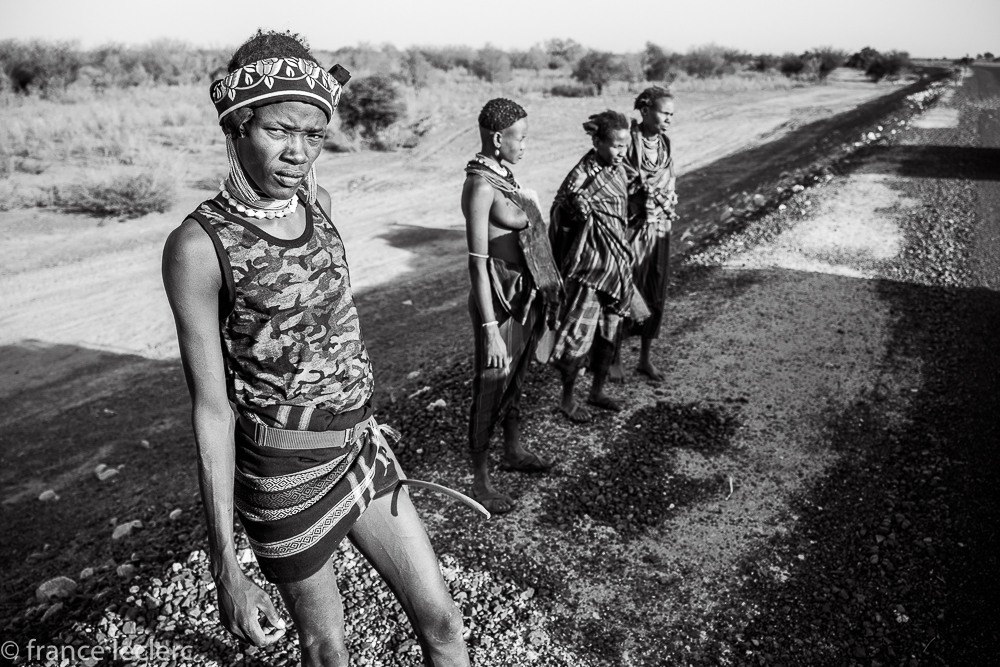 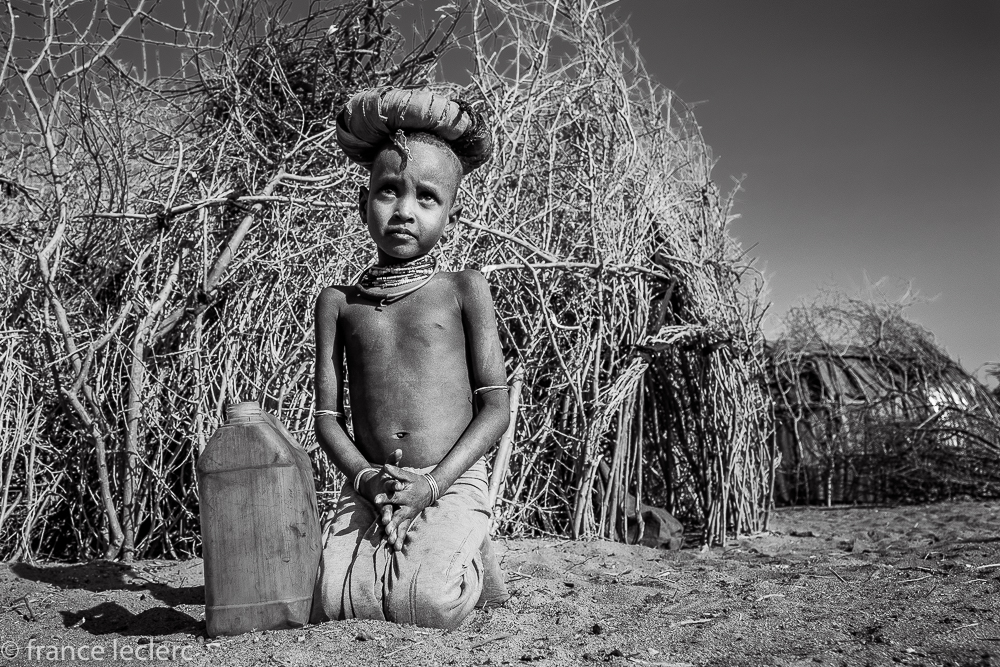 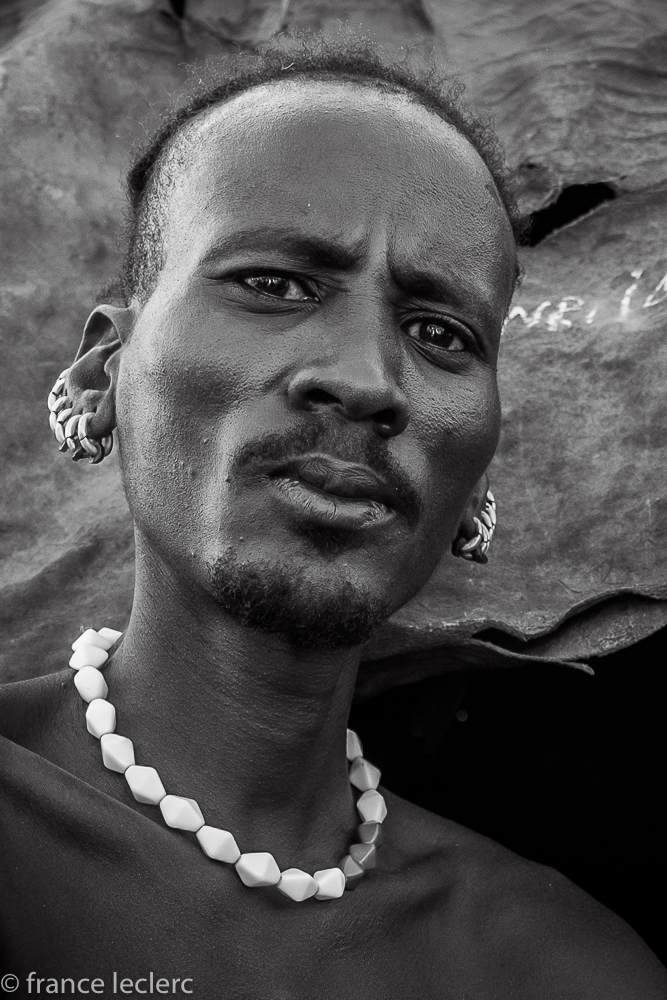 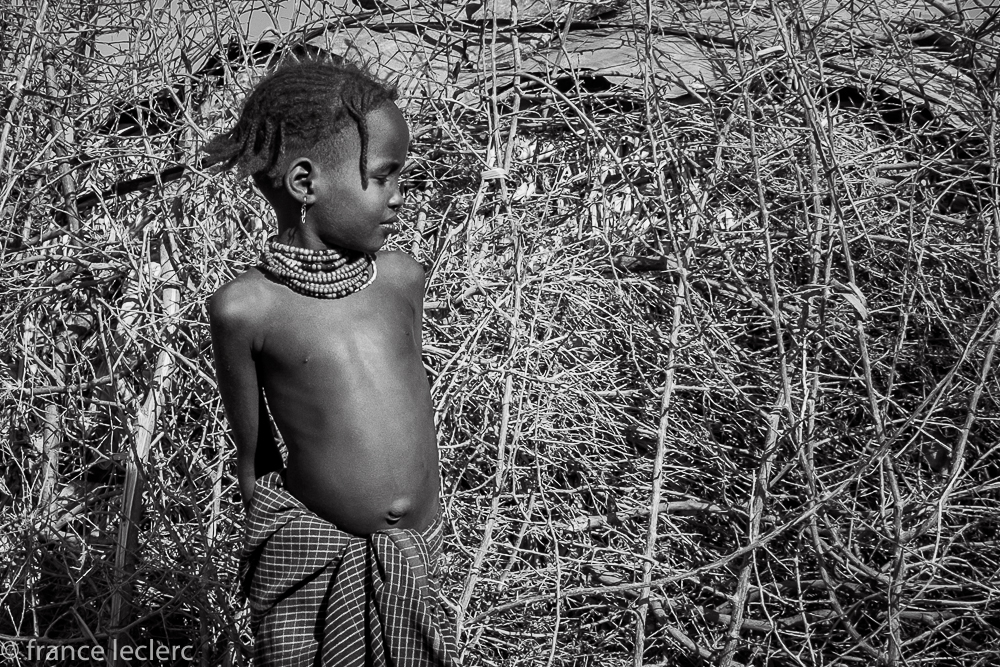 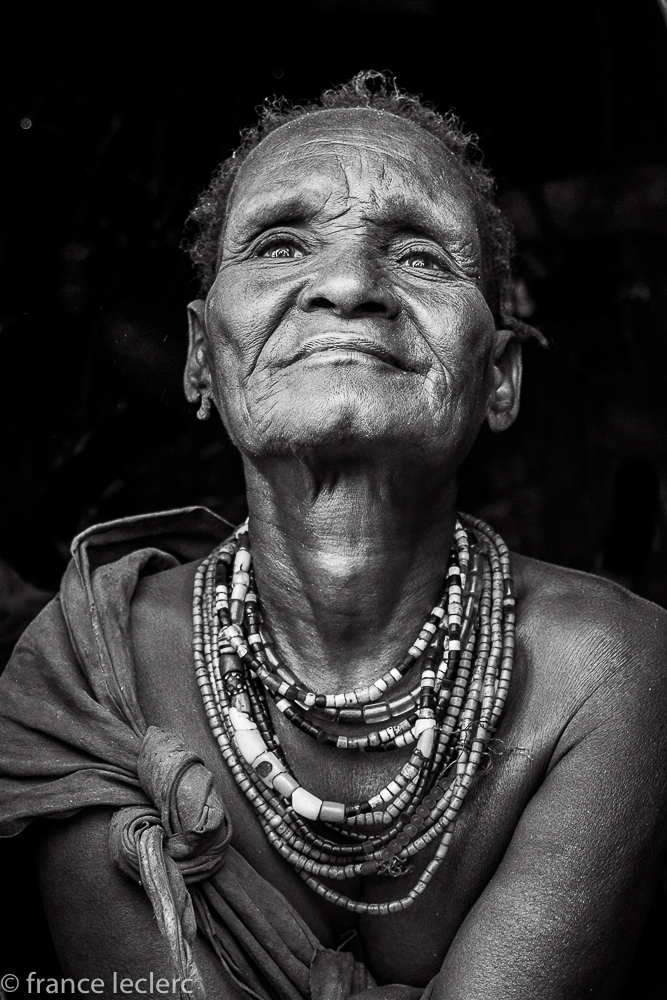 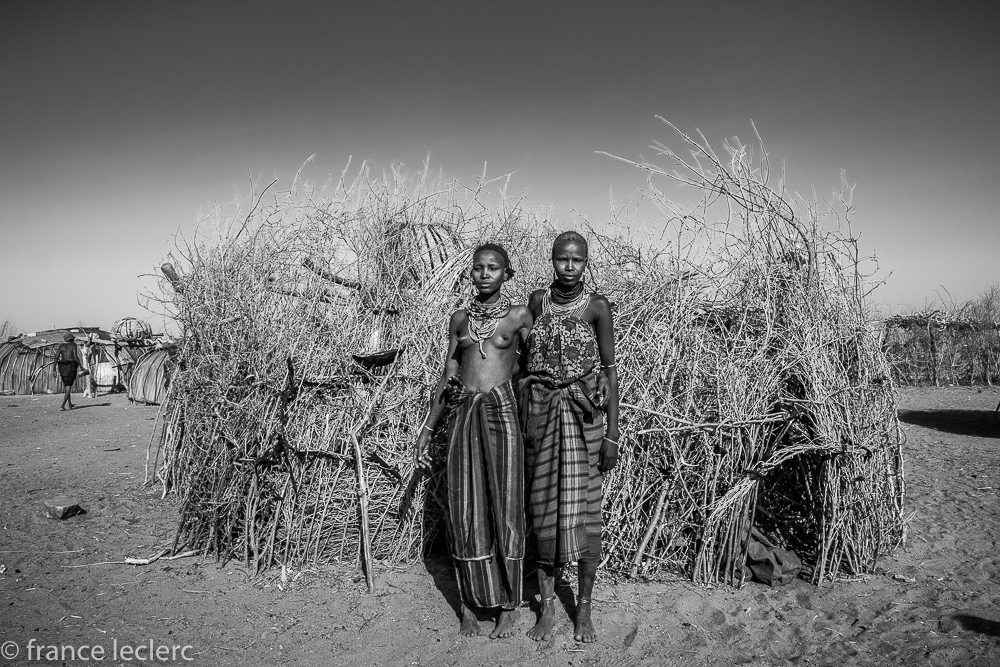 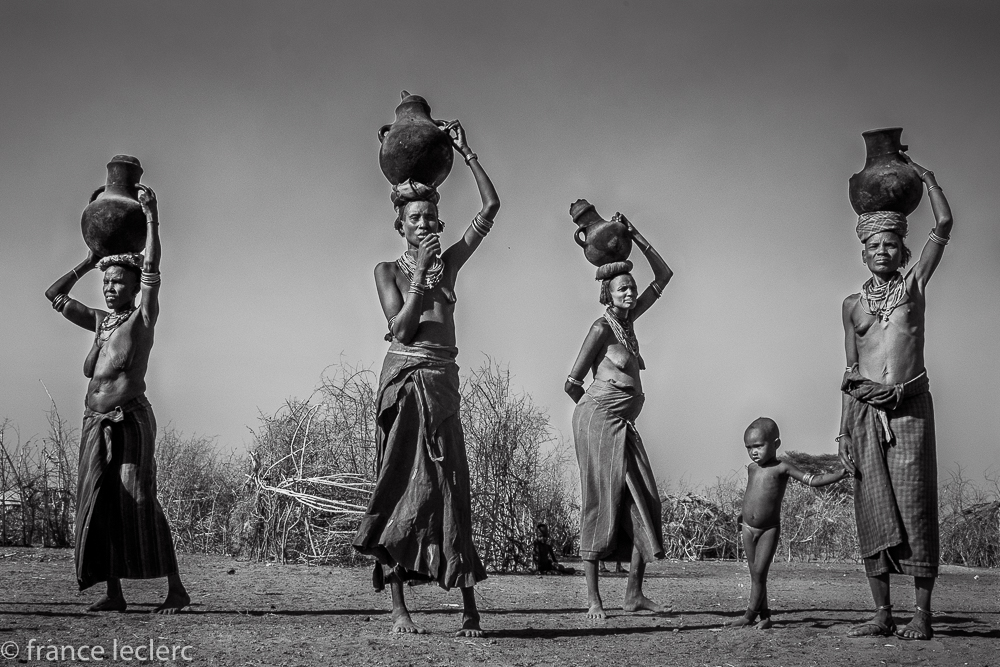 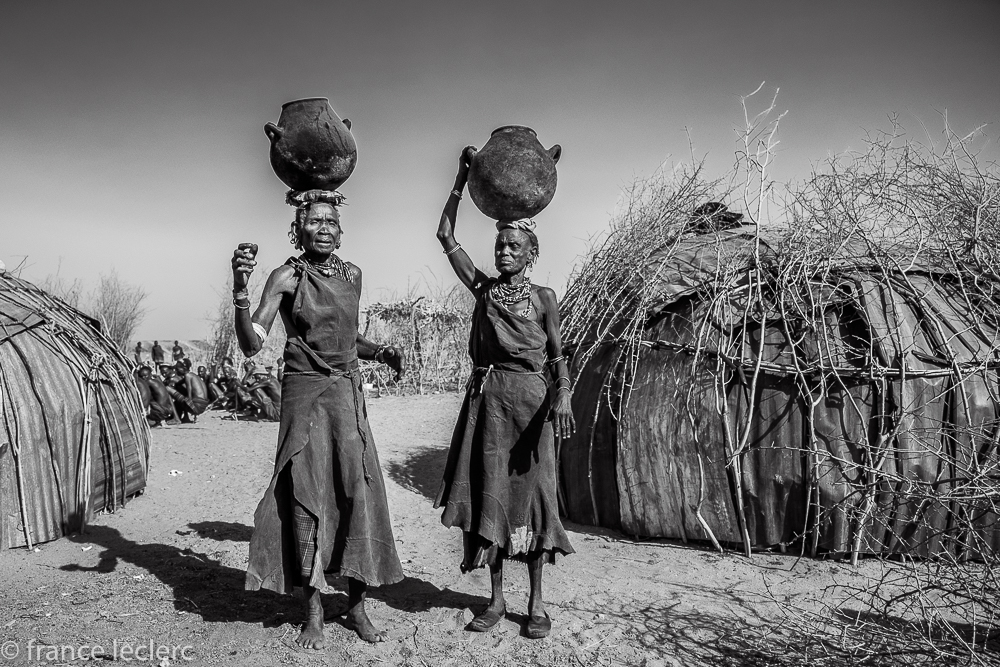 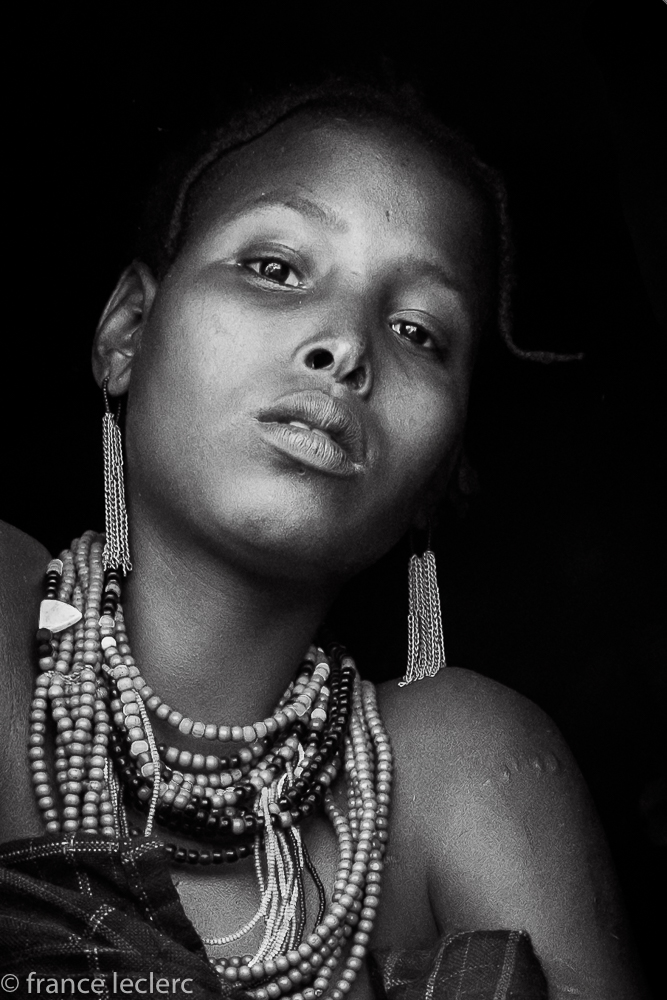 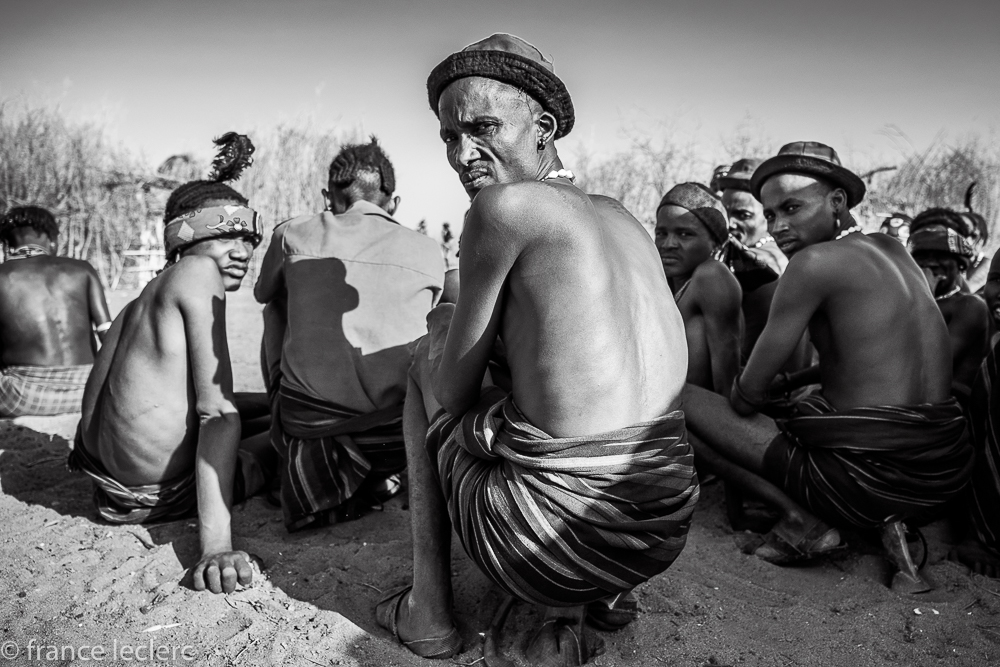 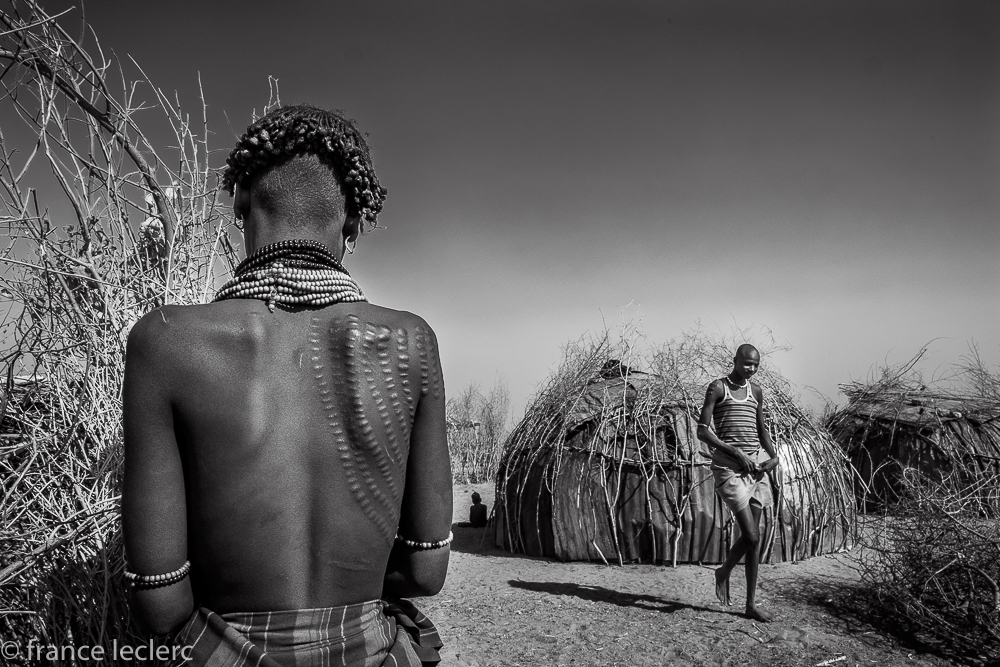 The third tribe we saw was the Mursi. It was my first time seeing them though I had previously spent time with the Suri (OmoValleyTribes), a sister tribe. Like the Suri, the Mursi women wear lip plates. The plates mostly made of clay mark a rite of passage and are only worn in front of strangers. Mursi tribe members are also famous for their headdresses.   As they get many visitors, the Mursi have the reputation of being somewhat more aggressive than other tribes in their dealings with photographers. I was prepared for aggressiveness but what I experienced felt more like desperation. Most of the men were absent from the village and the women and children present were determined to ornate themselves iOn whichever way they could to be photographed, hoping to earn a little money. Though most of the tribes one visits are happy with a donation to the group, the Mursi insist on being paid individually (I should enroll my favorite economist to opine on who is doing it optimally). Flies were swarming the village and the women would relentlessly adorn themselves with dried fruits, horns, beads, anything they could get their hands on to attract attention, even using their children as props. I quickly moved aside trying to photograph the few people who had decided not to be part of this exchange. Once again, I was struck by the feeling that for the beautiful tribes of the Omo Valley, life is harder than ever. 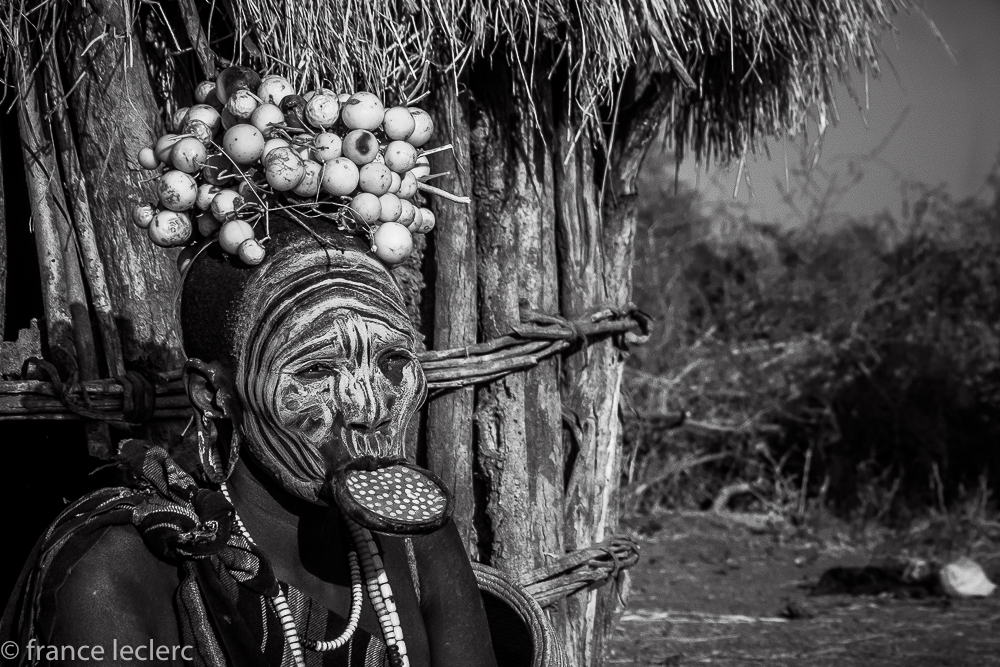 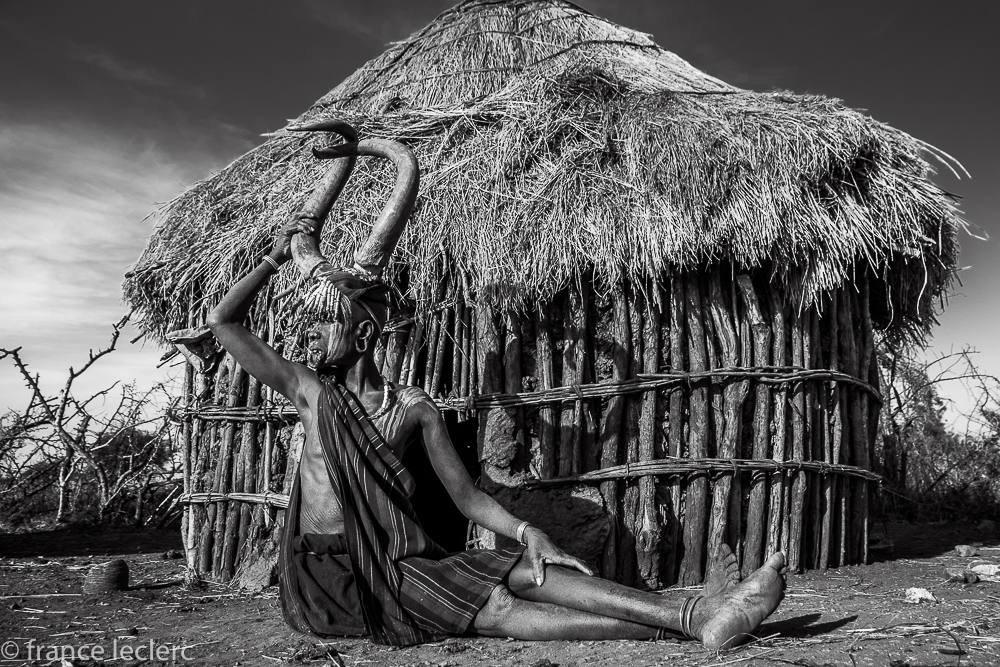 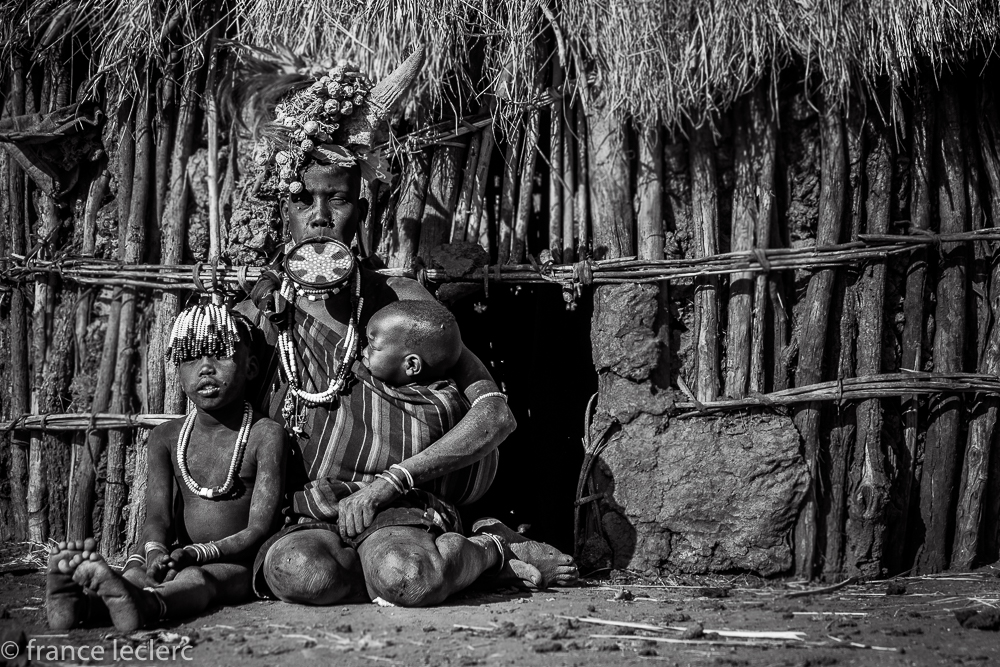 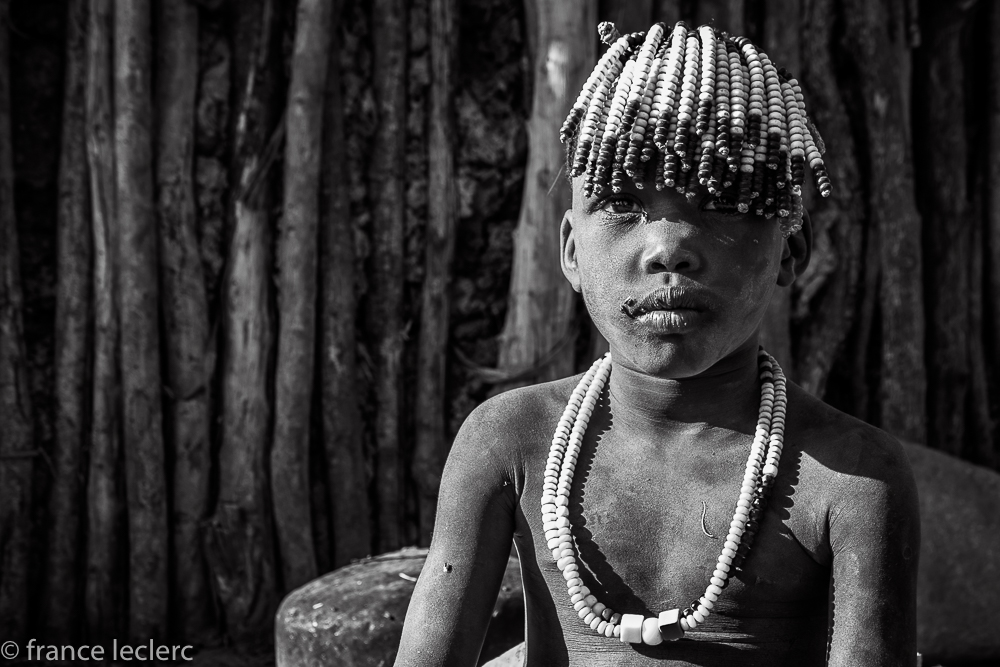 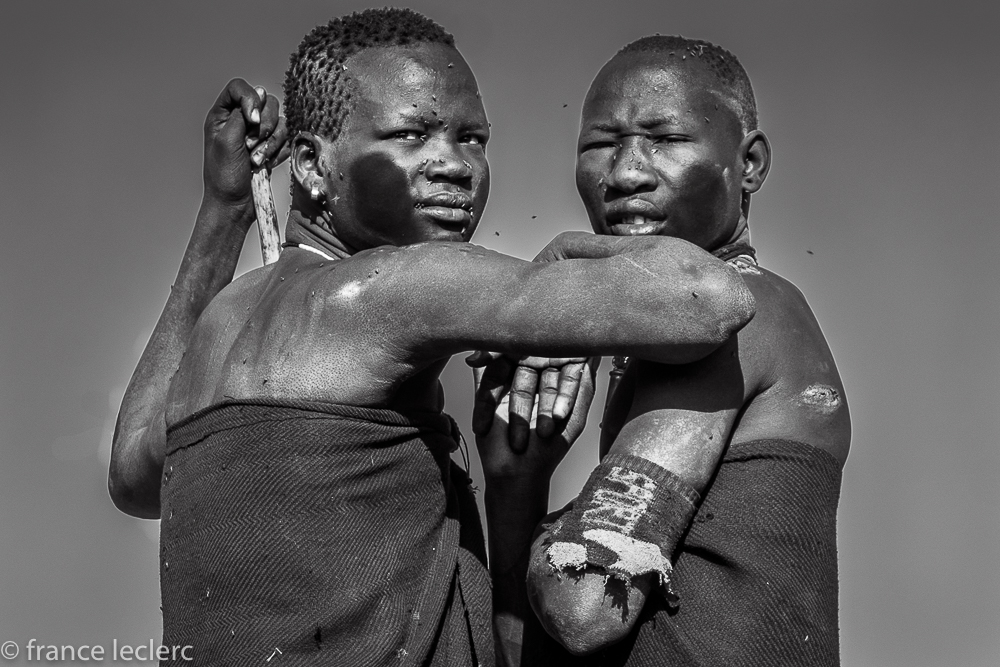 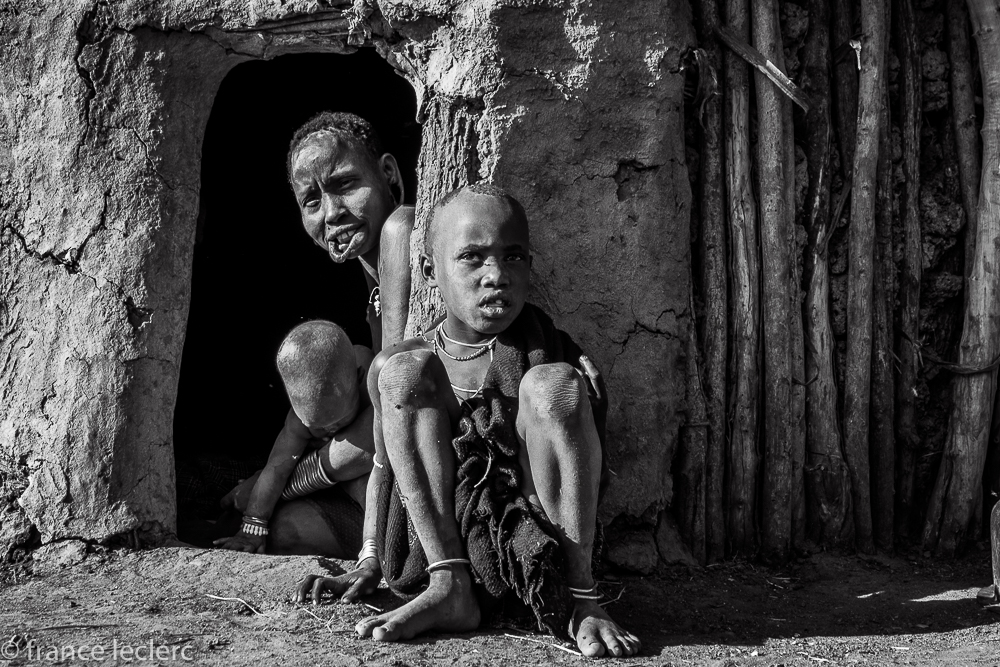 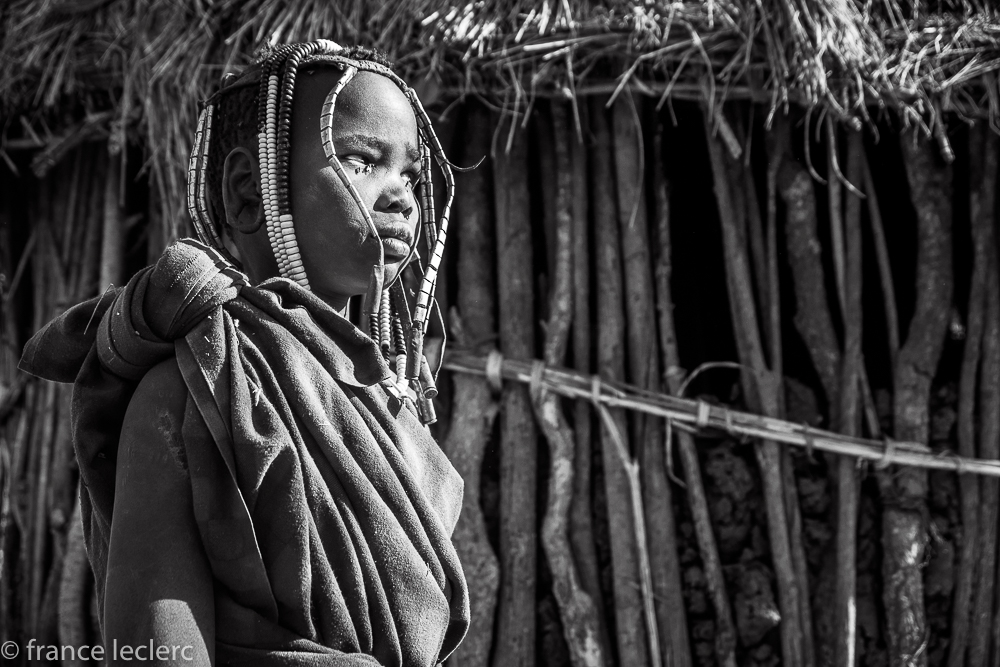 If you want to know more or help the Omo Valley tribes, please visit “Survival International” (Survival), an organization concerned with the survival of tribal people.