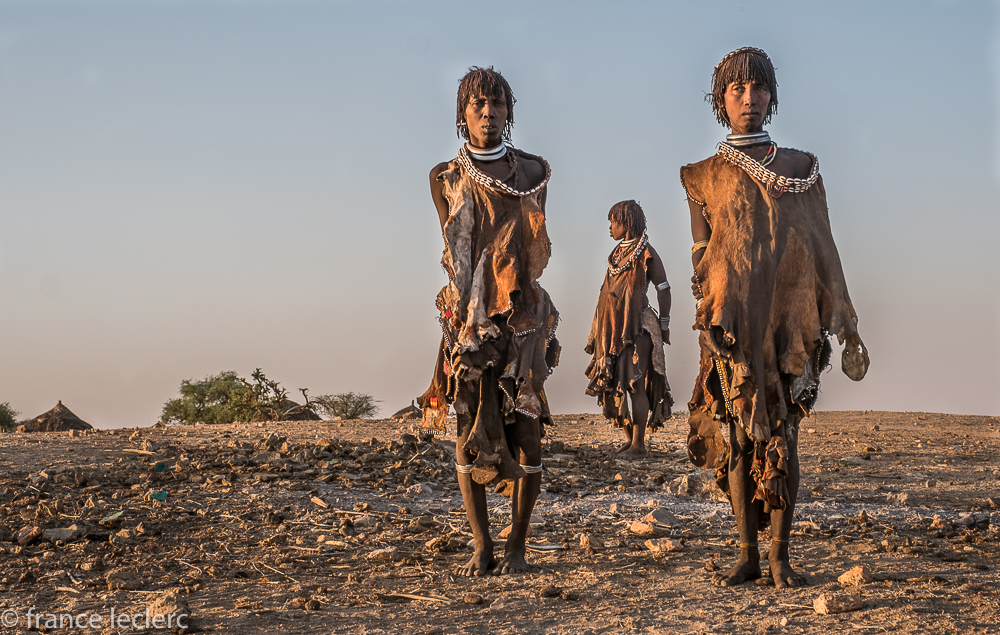 Five years ago, I went to Ethiopia’s Omo Valley to photograph the native tribes. I was so amazed by the experience that I wanted to share the images I had taken, which gave me the motivation to start this blog (Omo Tribes).   I wrote four posts, one for each of the tribes I visited: the Suri, the Kara, the Nyangatom, and the Hamar. I ended the last post of this series (Hamar Tribe) with these words: Is it possible that there are still people living this way in our modern world, still untouched by most of our modern trappings (except soccer perhaps)? Should they be left alone or be urged to join the modern world?  These are, of course, hard questions, ones I still ponder. New cell towers are getting closer and closer to these tribal areas, which means that they will not be as isolated for long.  More of a concern, the largest dam in the world (the Gilgel Gibe III) is being built a few hundred miles upriver from where the tribes currently live.  By diverting the water of the Omo River, the dam will generate much-needed electricity for the country, but the water the tribes rely on for cattle and farming may go dry.  What will happen to the tribes? Will they still be there in 10 years; will they have disappeared, been destroyed, or integrated to the modern world? Are they really the vanishing tribes?

This year I decided to go back to see whether things had changed. The dam is only now reaching its completion so I would not be able to see its impact on this visit though the effect of recent severe droughts would probably give a hint of what is to come. I did know the tribes had not literally vanished because I continued seeing many beautiful images of them taken by many of the other photographers that have made the journey as well, some of them more than once. But as we all know, images do not always tell the full story and I was curious to see whether tribal life was the same and if it were, whether it was still possible to photograph it.

As I ended my series of posts with the Hamar tribe last time, I will start with them in this series since they were one of the tribes I was able to revisit on this trip. On my last visit, I had spent very little time in their village. Most of the time I had with them was at the Turmi market, where the Hamar come to sell or trade their produce, and at one of their world-famous bull-jumping ceremonies.

As we were approaching Turmi where we were to stay for a few days, I was eagerly awaiting the next day when we would visit a Hamar village. But it turned out I did not have to wait for the next day. On the road, we passed three people from the Hamar tribe, one woman and two men who walking back to their village. We quickly stopped and asked whether we could photograph them, which they kindly agreed to do. At least based on appearances, not much had changed. The women had the same distinctive hairstyle highlighted with red ochre and wore the same beautiful goatskin skirts. The men still carried rifles and ammunition as well as their ever-handy small stool allowing them to sit anywhere, anytime. And they all wore the same shoes made of rubber from old tires. 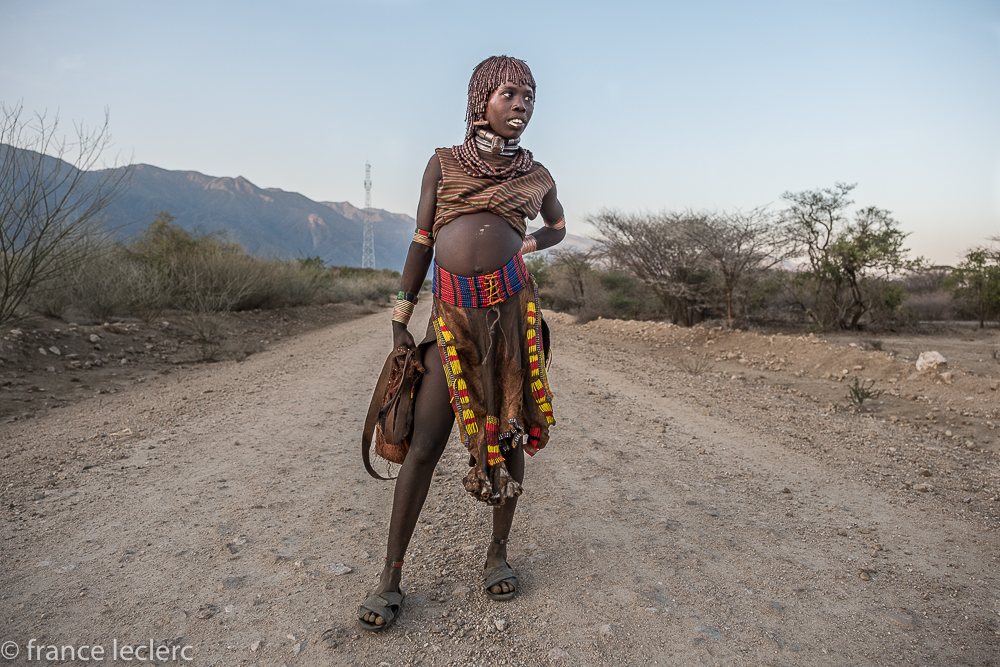 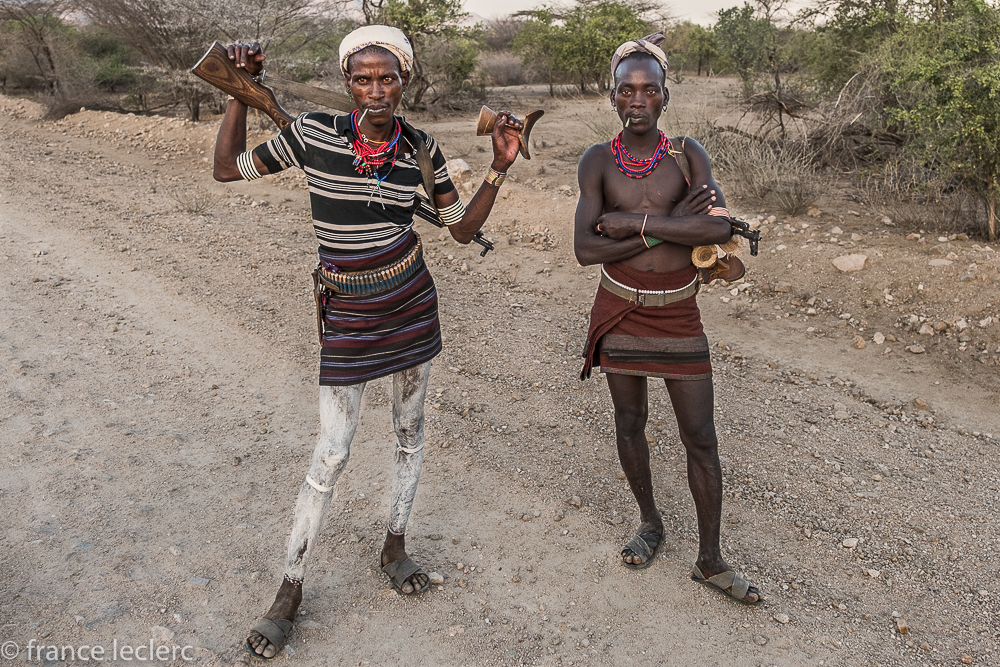 I noticed that the young woman was wearing a “burkule” the necklace that indicates that she is a first wife. Her t-shirt surprised me a little as the Hamar women usually wear an apron or frock also made of goatskin. I had seen women wearing t-shirts during my last visit, but only at the bull-jumping event (a coming of age ceremony where women related to the bull-jumper get whipped as a sign of commitment to him) where the t-shirts provide a bit of protection during the inevitable (and cringeworthy) whipping. As we were chatting with our new friends, some children came running– the bigger ones carrying little ones, and all of them carrying baby goats. 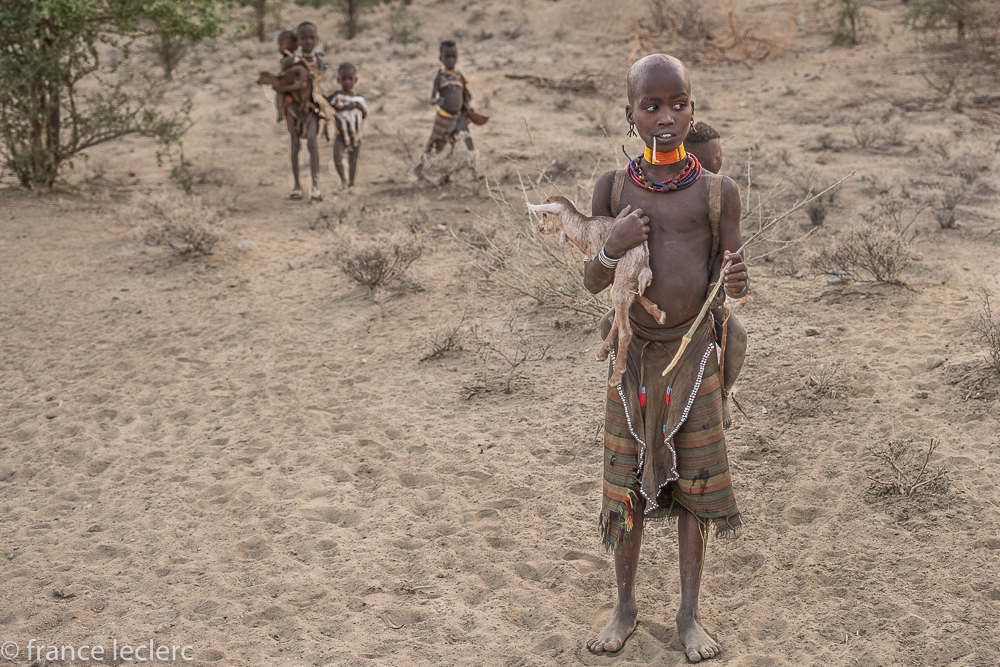 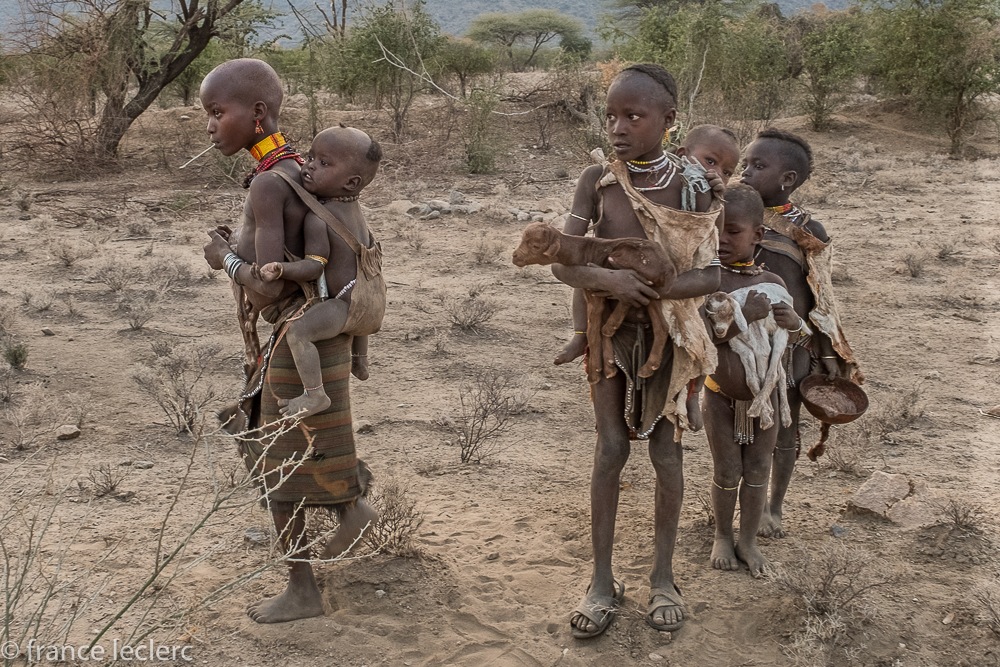 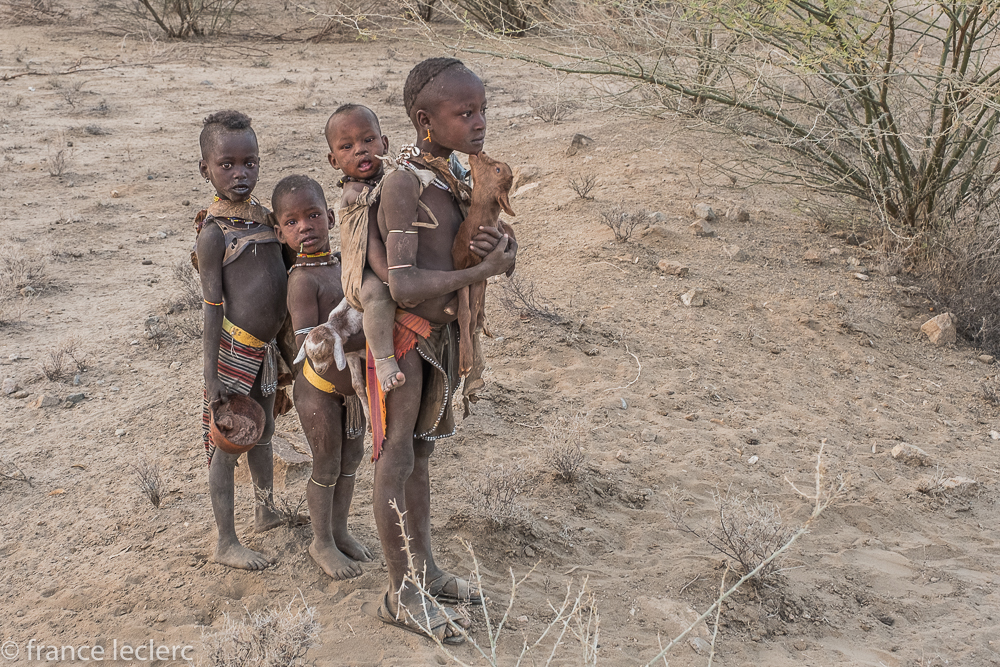 The next day was market day, always an exciting experience for me. As expected, many women were hanging out with their children, and I briefly got to see a flour mill where the Hamar women grind flour from their dried crop. Again, I noticed that the women were wearing t-shirts and a number of them had a cellphone carefully hidden in their frocks. 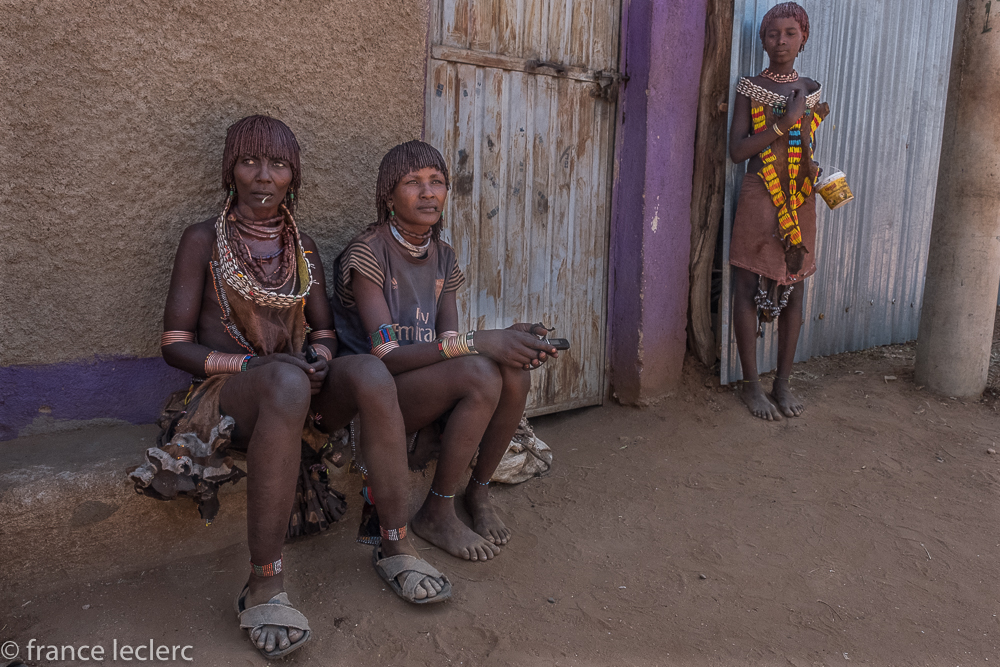 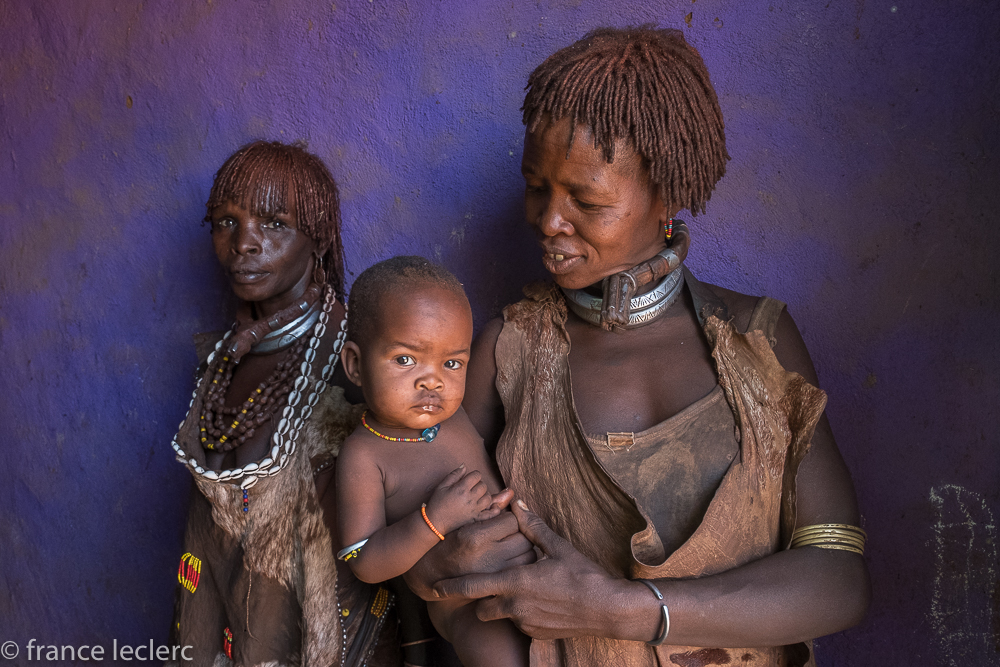 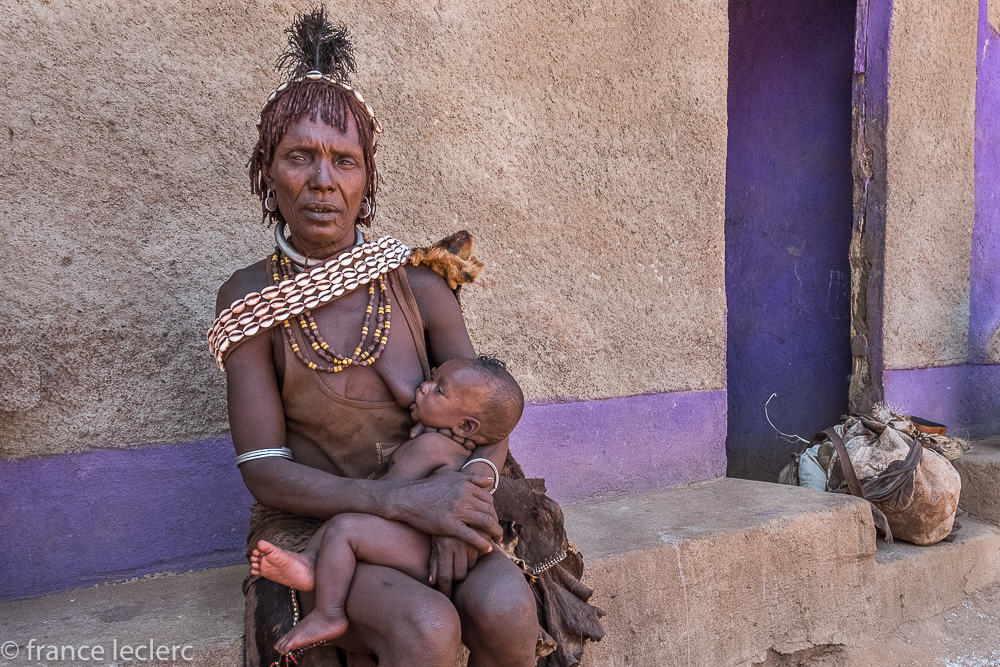 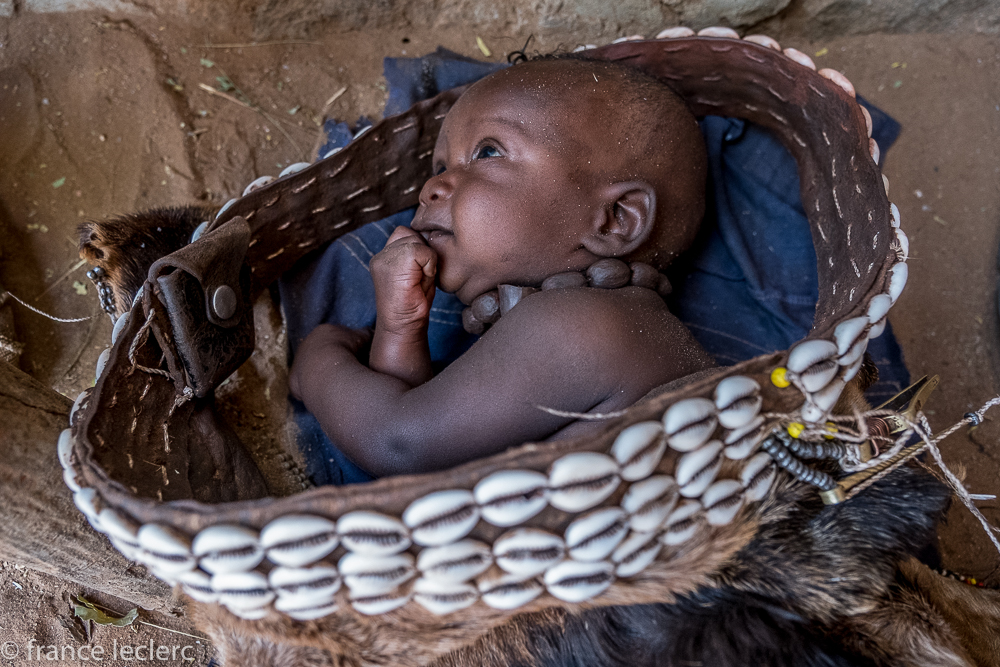 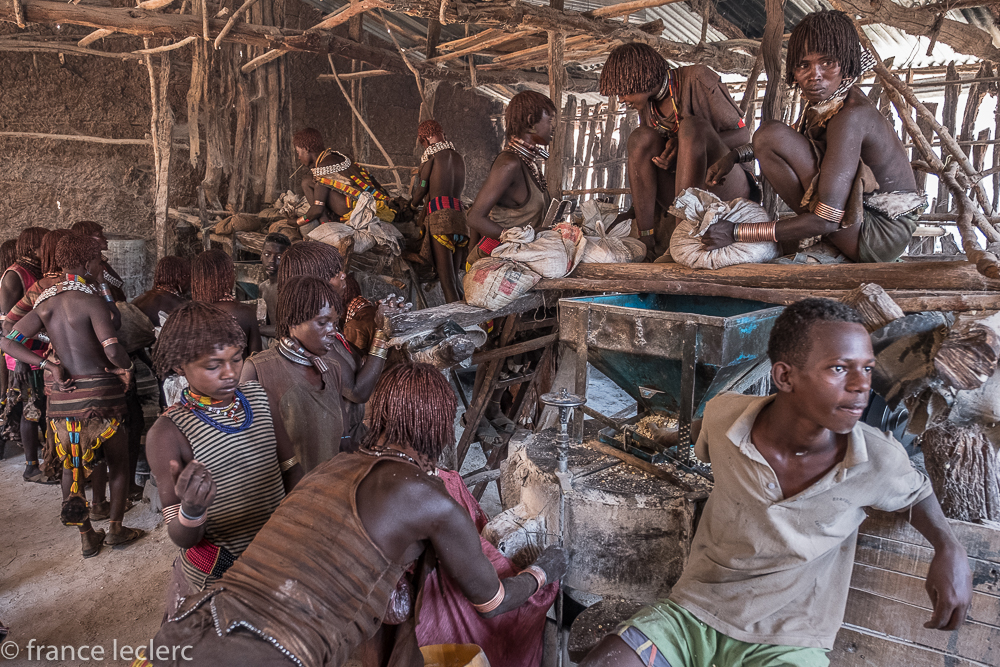 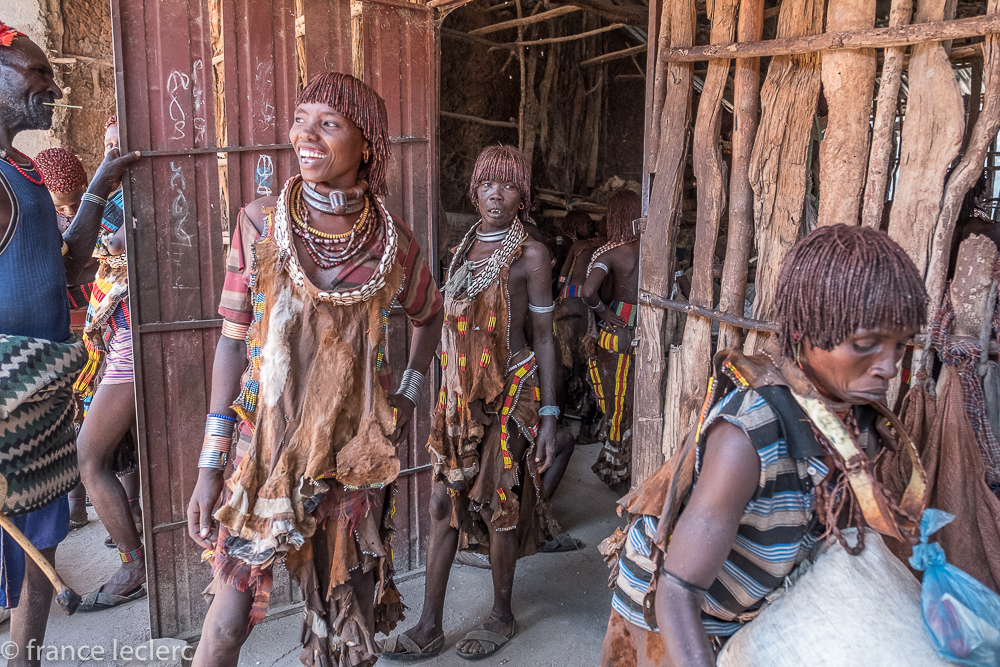 And there was another bull-jumping ceremony to be witnessed. As I described this ritual in detail in a previous post (Hamar Tribe), I will only put a few images of it. The bull-jumper looked as scared as the one I had seen the previous time and sadly the women remained as willing to be whipped as they were five years ago, all of it done in front of the elders sitting in the shade. 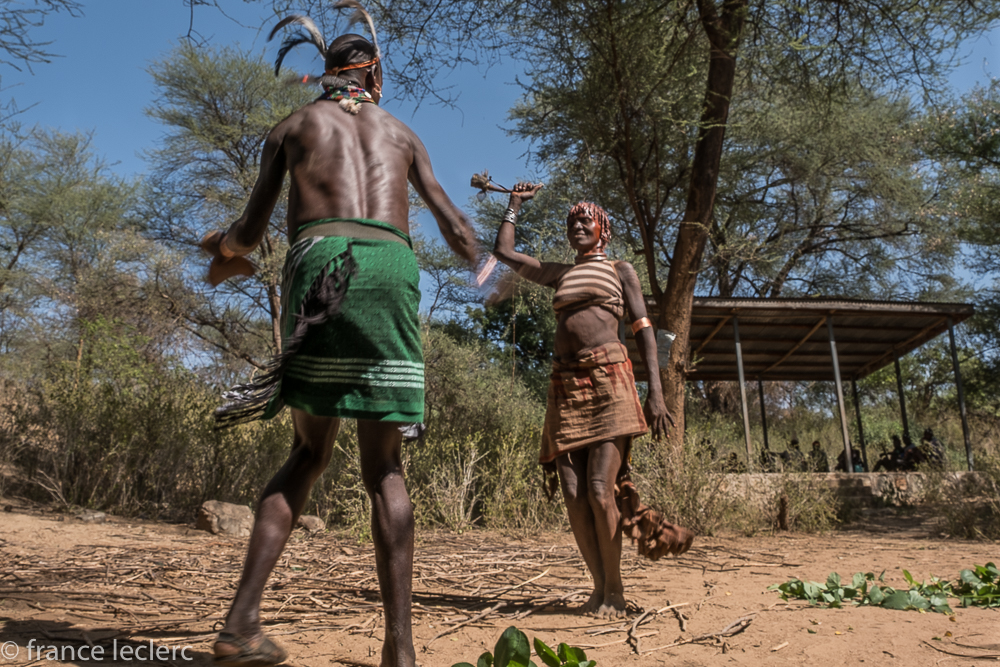 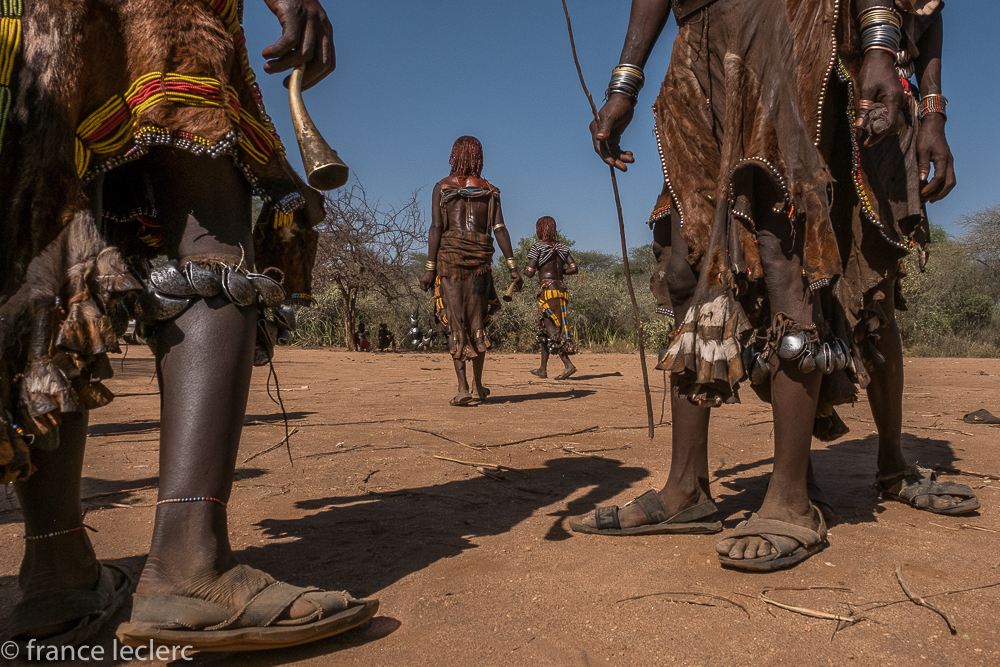 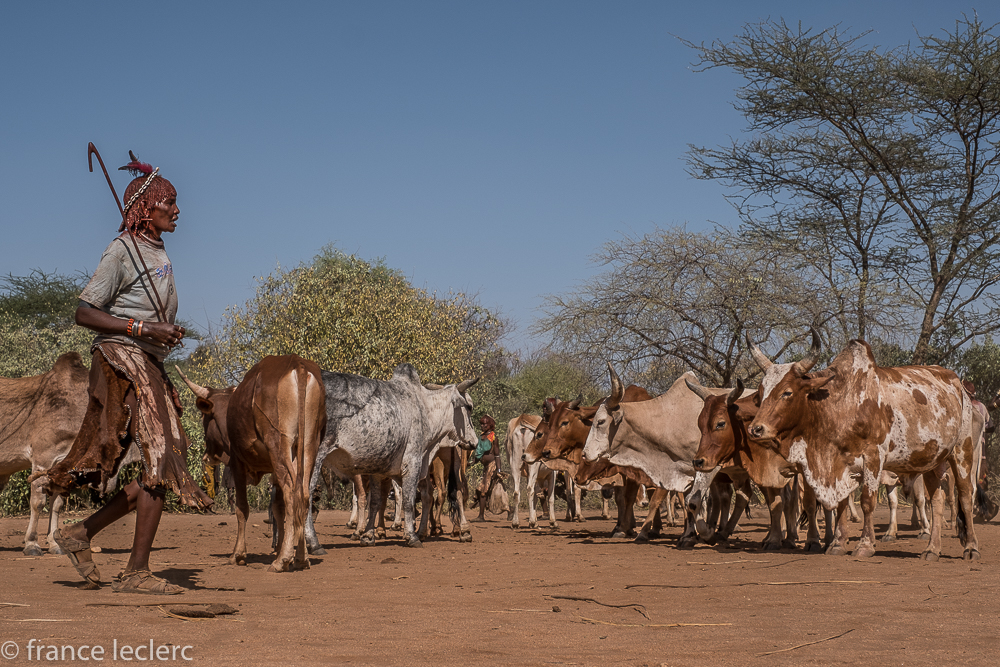 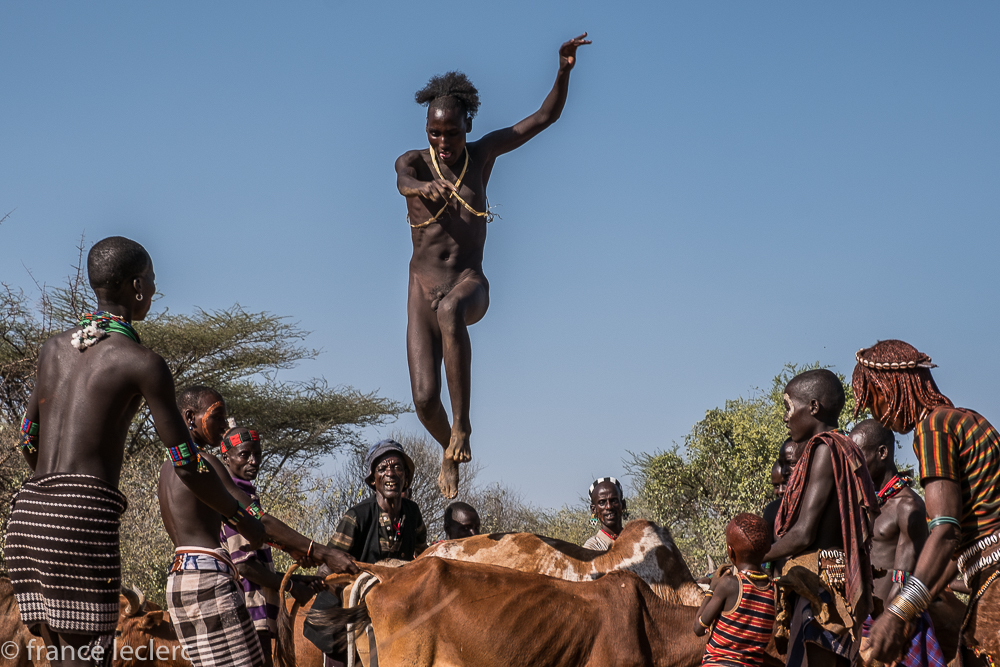 Perhaps the highlight (certainly the best light) was the time we spent in a small Hamar village. There we found primarily women sitting in front of their huts (most of the men did not return until dusk) and many children sitting with their mothers or running around and having too much fun to pay any attention to us. As soon as we walked through a small opening in a wooden fence, no signs of the modern world were present, except that some of the kids wearing t-shirts (albeit without pants) and a few plastic bottles of unknown origin were in view. When the time in the village had to come to an end with the failing light, the kids were happy to cooperate with a sunset image. 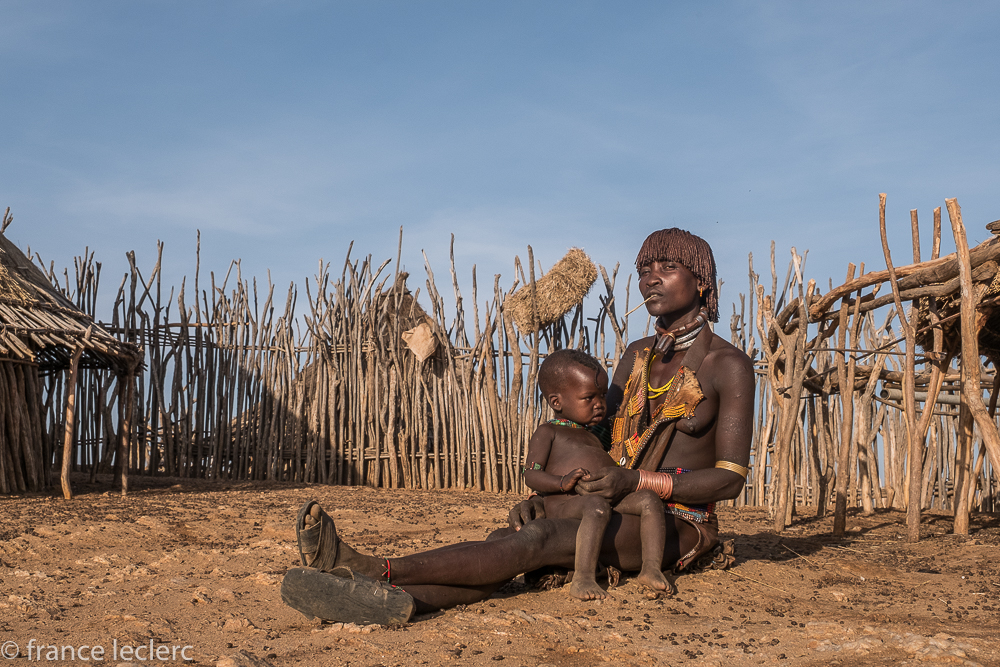 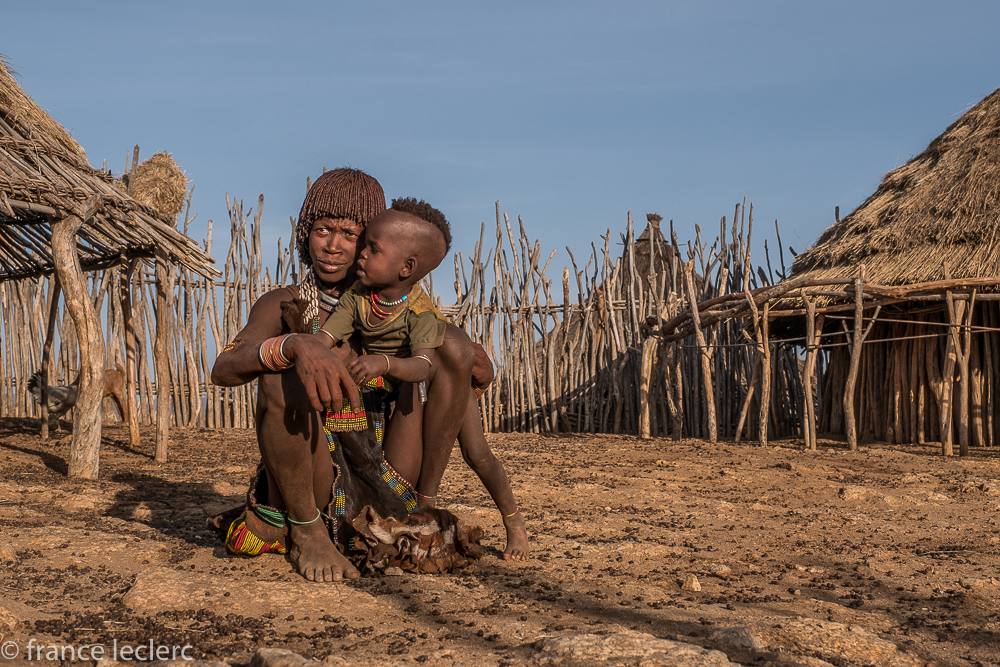 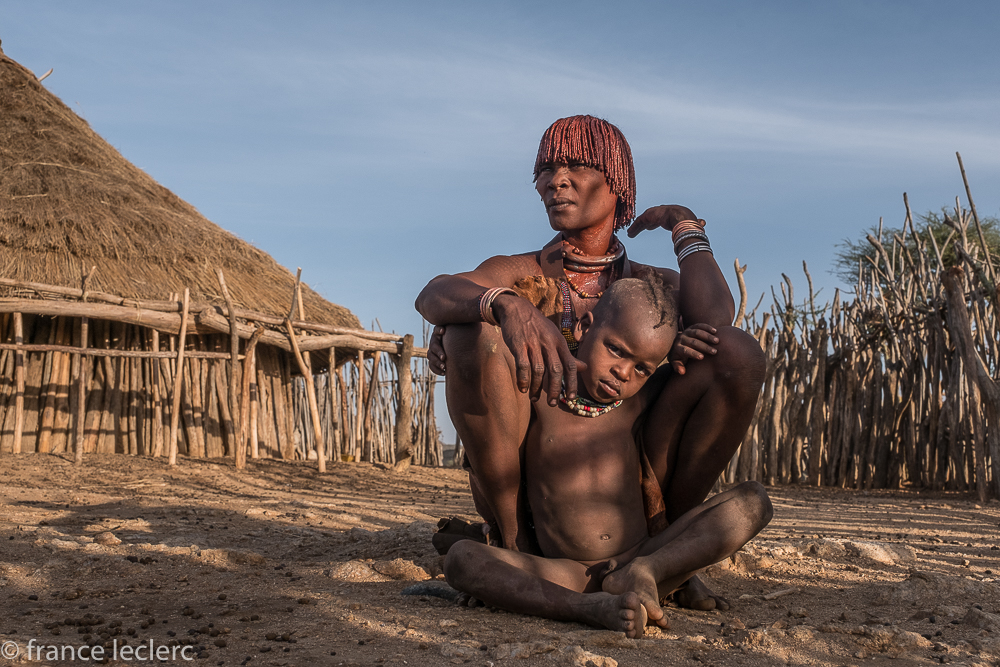 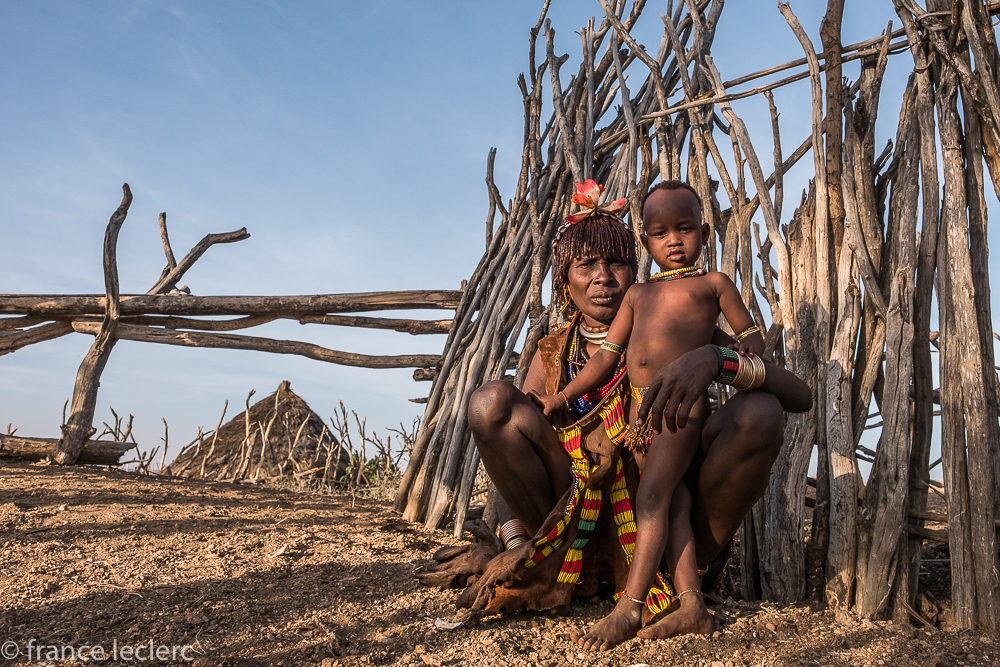 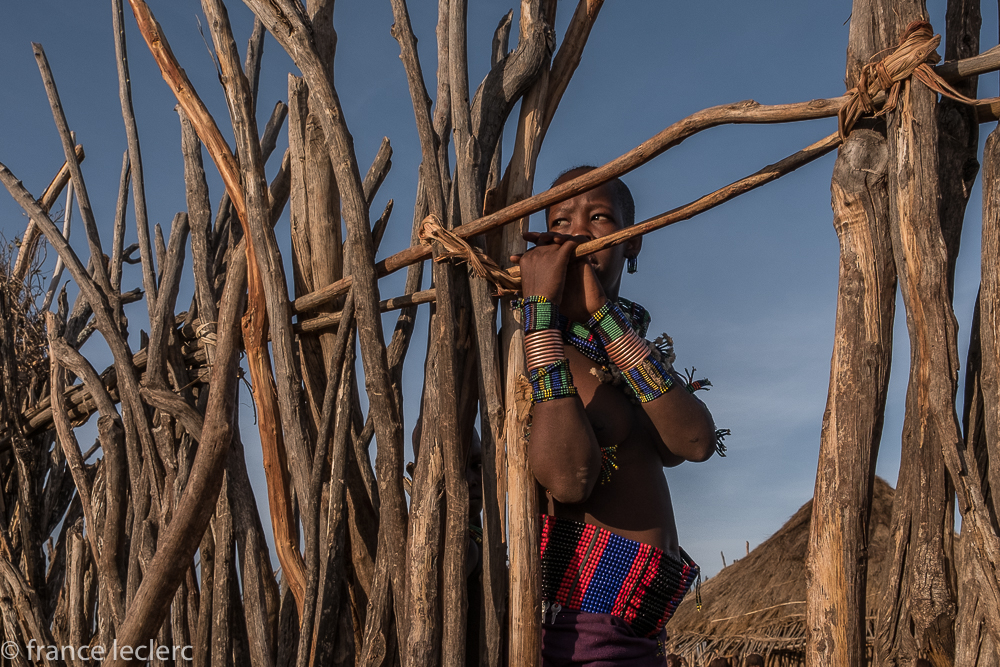 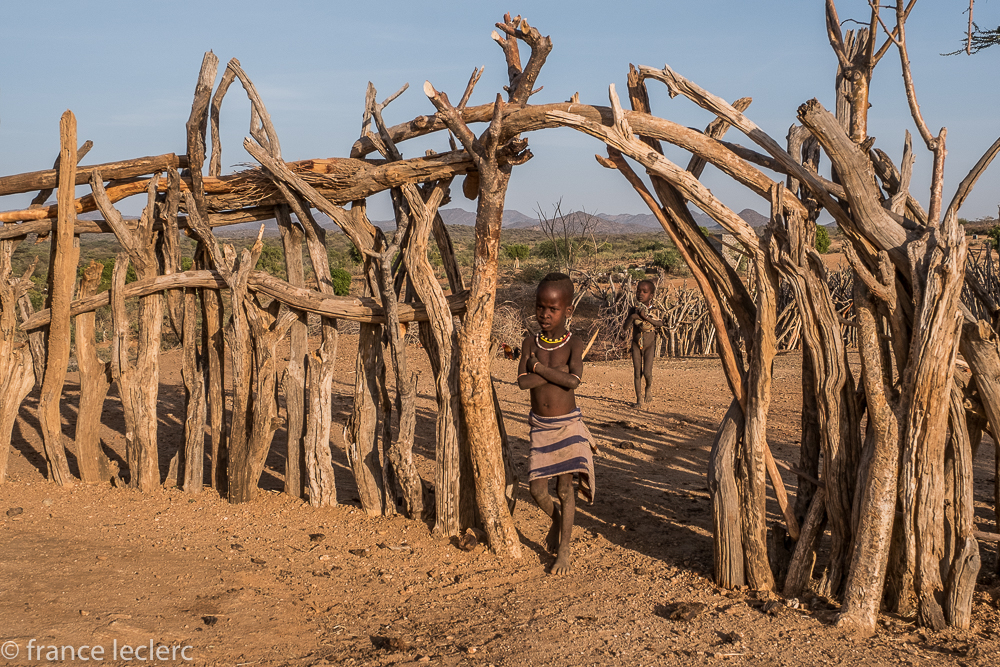 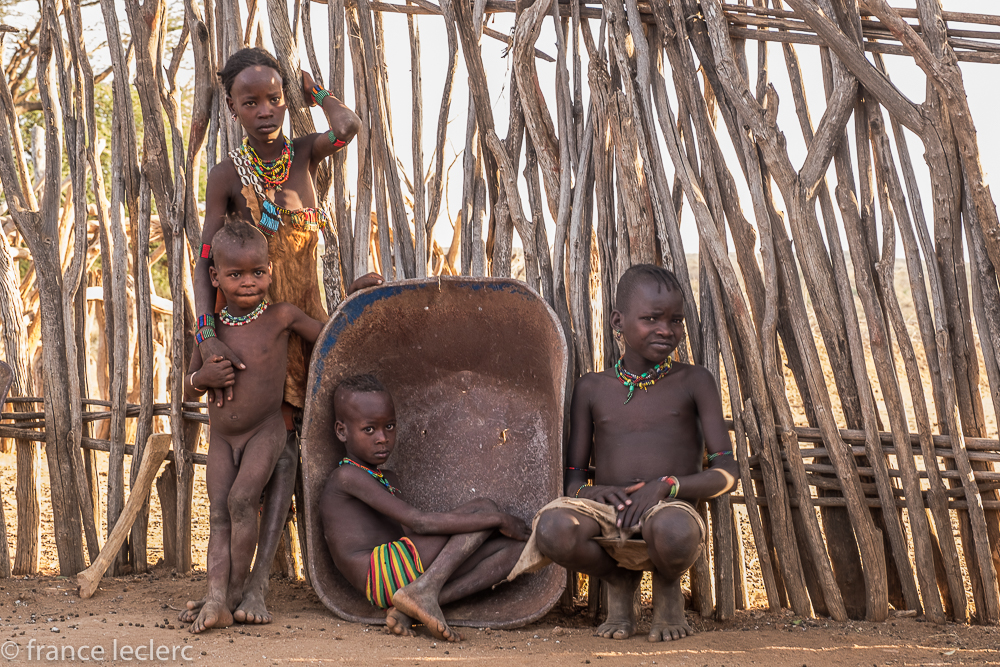 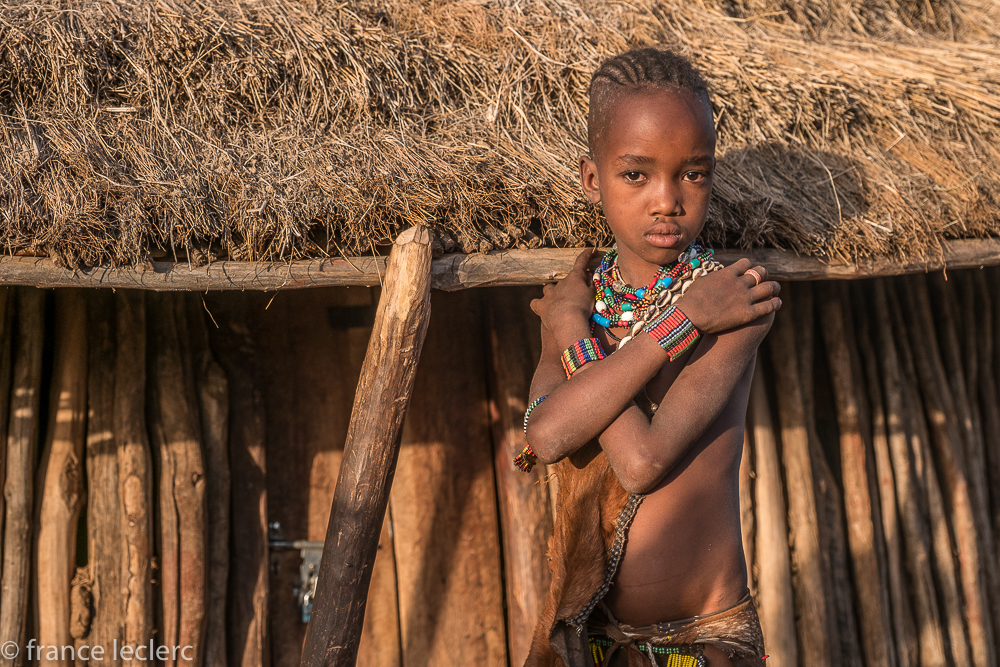 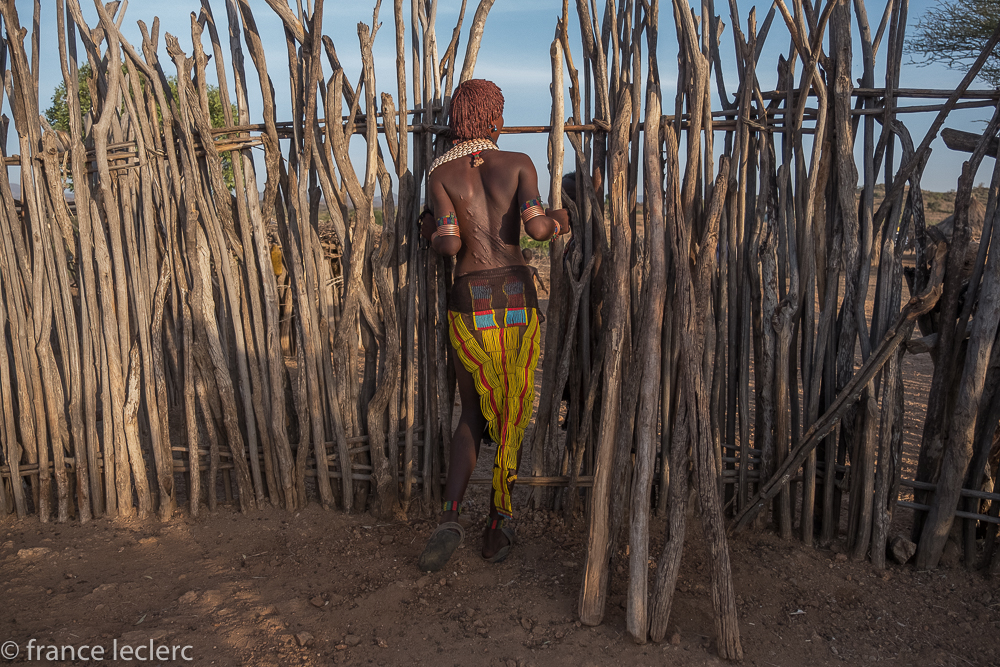 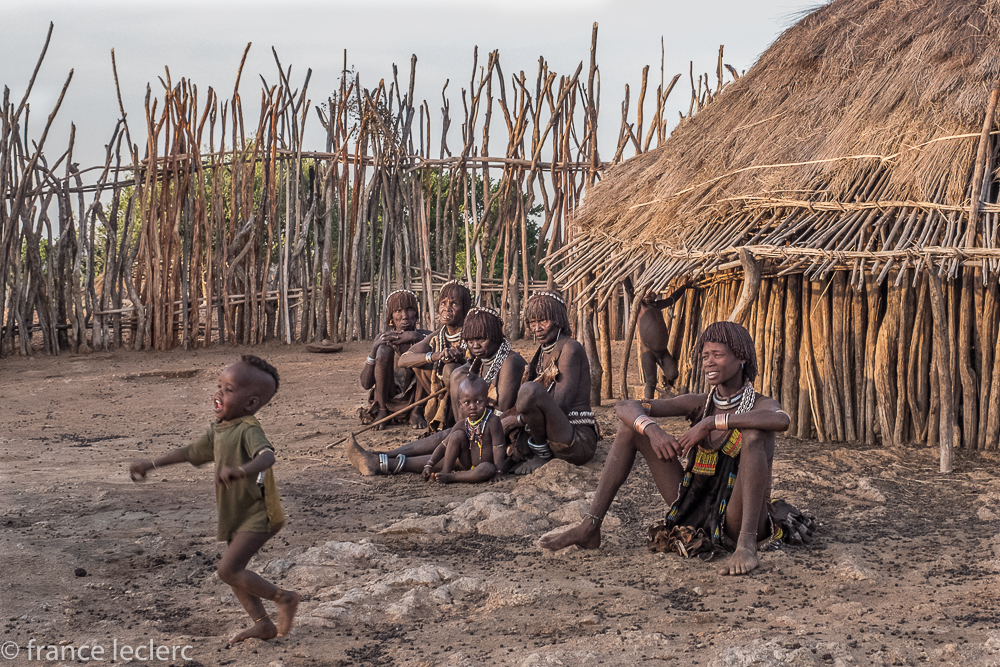 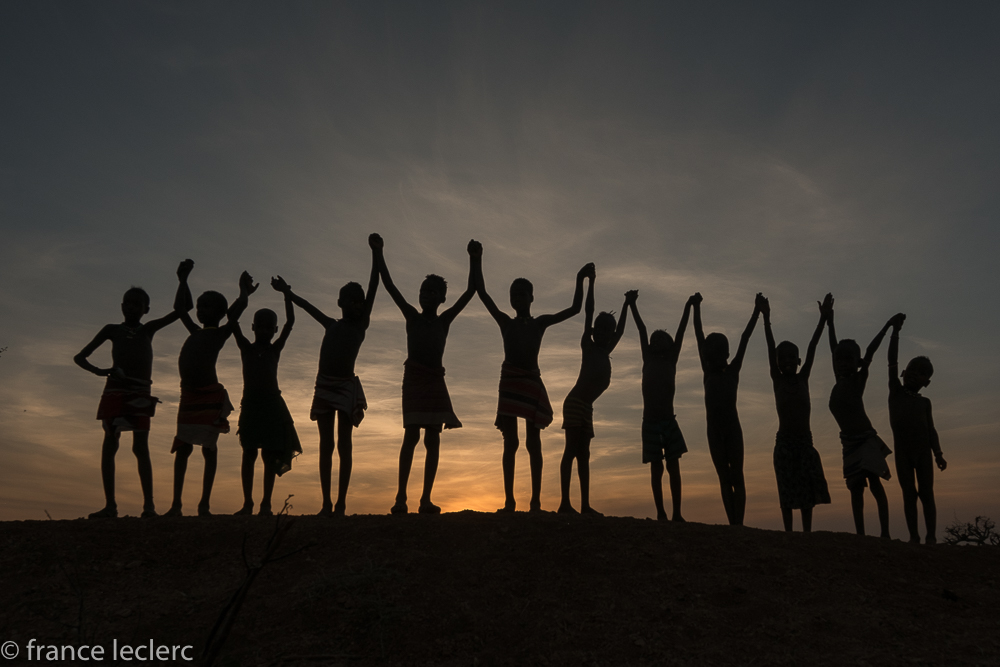 Have the Hamar changed? It is hard to tell. Yes, they have changed a bit,  certainly not as much as I had expected, and probably not more than I have. From what I could see (which obviously is not a lot in such a short trip), they don’t seem to have been hurt greatly by the recent climate challenges but they don’t seem to have profited markedly either from Ethiopia ‘s much-noted economic growth.   Next, a look at what the last five years have done to a few other tribes and a glimpse at a few new ones.