The Frankincense Boy from Gujarat 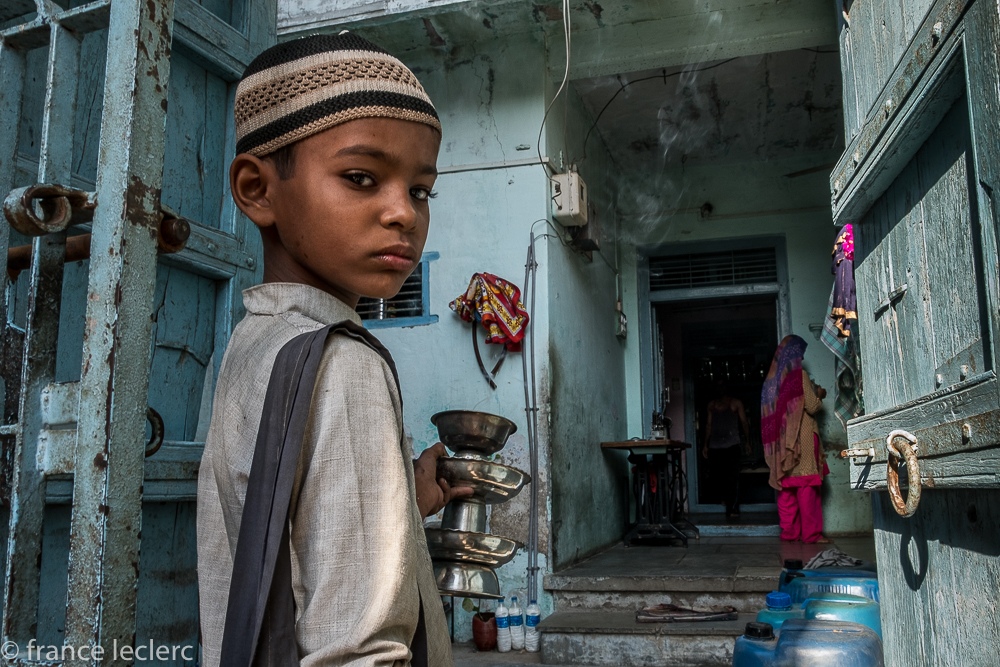 The magic of travel is, of course, the places one sees: some are stunning, others charming, and some can be challenging. But what makes traveling so attractive to me is primarily the people I meet, especially those I stumble on in unplanned, random encounters. Some of these people leave lasting impressions. Sahib, the frankincense boy is one of them.

I met Sahib in Poshina, a village in the northern state of Gujarat fairly close to the border with Rajasthan. At dawn, the first day, I started walking in the village. The first thing I noticed was that there were a few people sleeping on the streets, some of them on a platform in front of an array of small shops. A young boy was awake among them standing next to a pile of blankets. I waved at him, took a quick photo, and continued to explore further. A couple of hours later, as I was retracing my steps to go back for what I felt was a well-deserved breakfast, I saw this young boy again. He was sitting on what I assume was his mother’s lap, next to an older boy and a much older lady. The older boy was Sahib, 10 years old, looking serious and responsible. I sat with them for a while and learned that the younger boy was his little brother and the older lady, his grandmother. His father meandered toward us at a later point.

Sahib is not from Poshina, he is a wanderer or an itinerant. His family does not have a home. To earn a little money for the family, he burns frankincense in the top-tier of a three-tiered vessel. Sahib goes around the village stopping at houses and shops to offer them the smoke and smell of his frankincense that he shares using a small piece of cardboard as a fan in exchange for a few coins. This is his life: he does not go to school, he just walk around offering to “purify” people’s life thru a little sniff of his frankincense. After chatting for a while, Sahib announced that it was time for him to start his round and I decided to follow along (breakfast will have to wait to the annoyance of my hungry stomach). 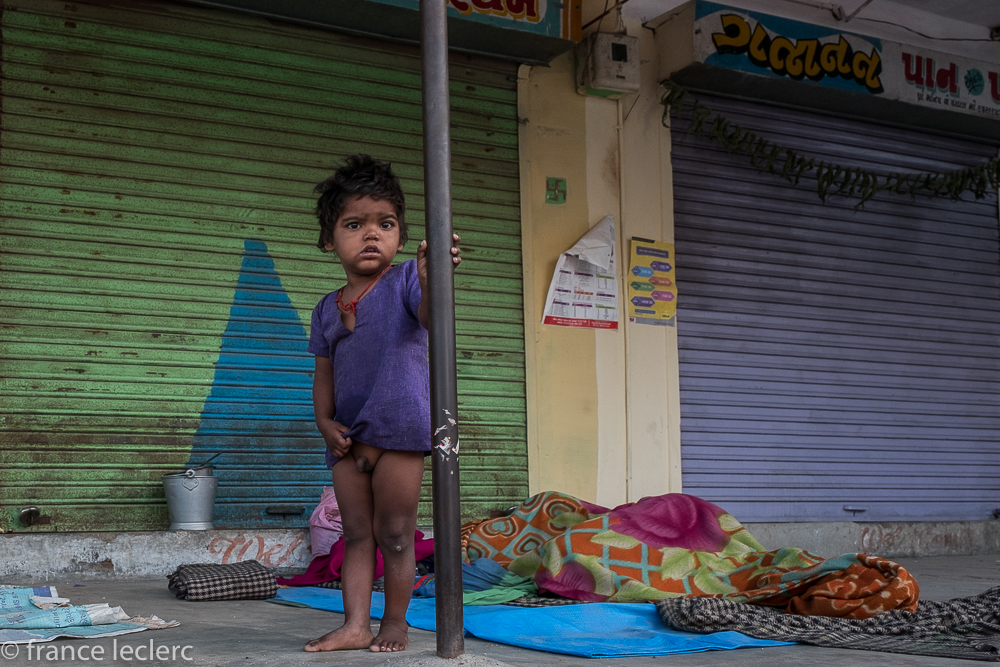 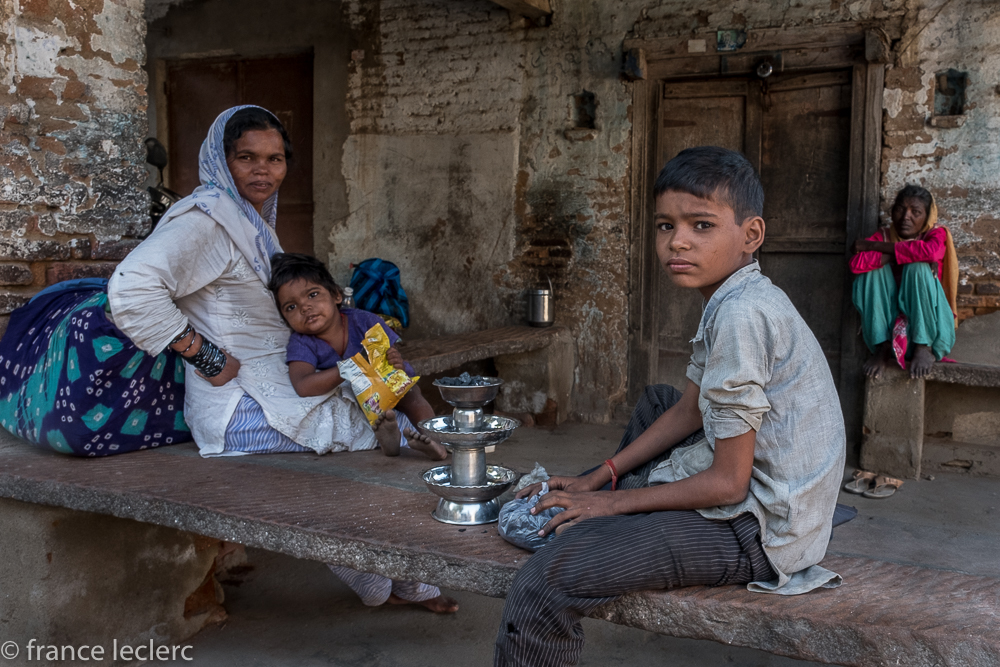 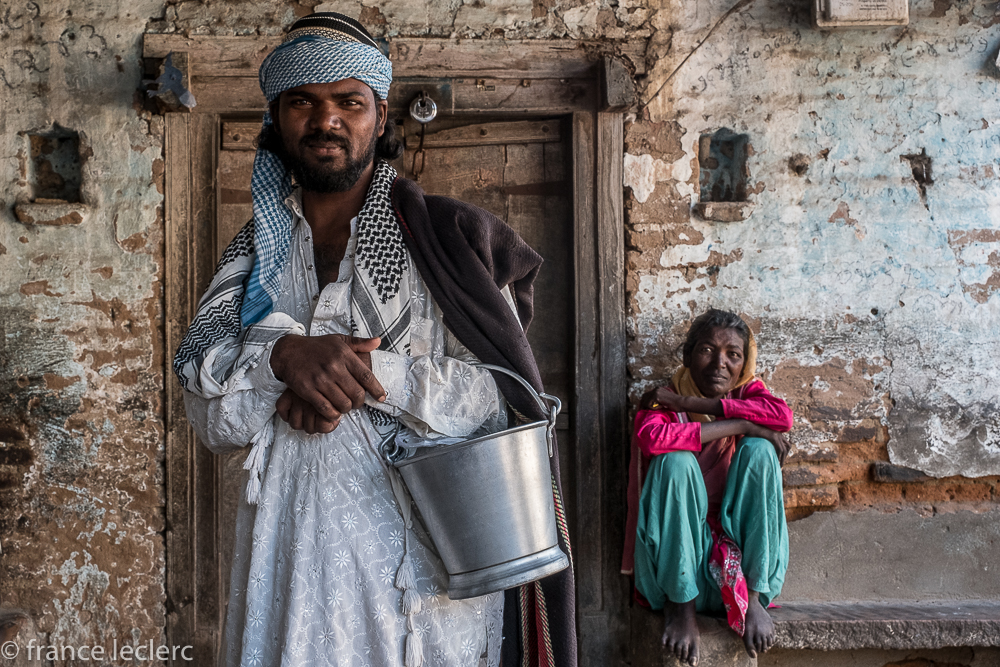 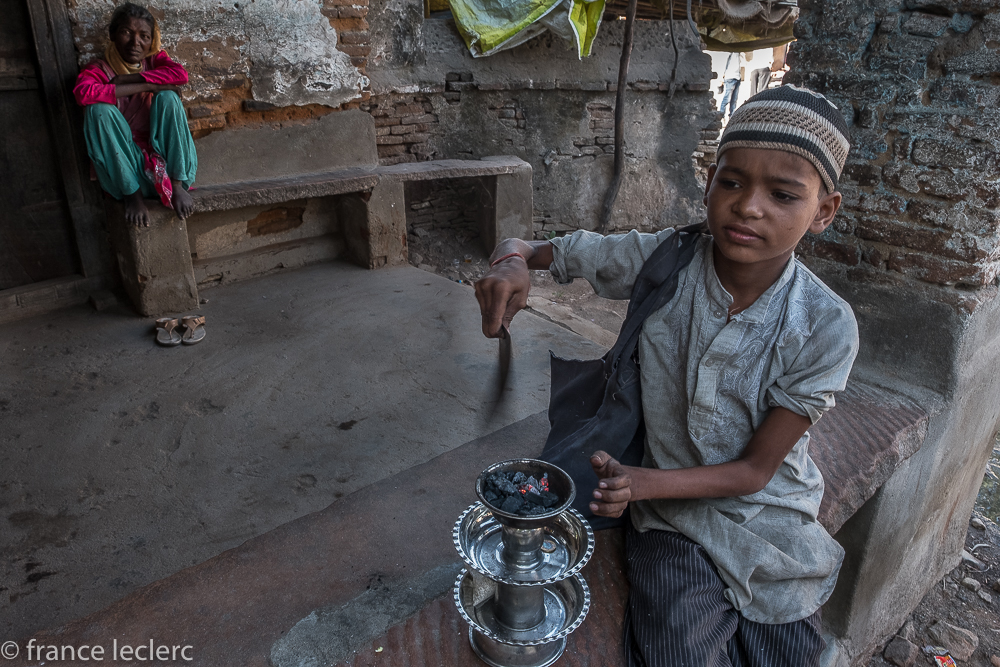 And so Sahib (and I) spent the next few hours in the streets of this small village, chatting with the tailors (somehow Poshina has a lot of tailors) and the shop owners, knocking at doors of family homes in narrow streets, meeting people some of whom he clearly knew but also new ones. Though Sahib is clearly Muslim, the villagers who are predominantly Hindus seemed to be as welcoming to his frankincense or to Sahib as the Muslims were.

At the end of his route, Sahib announced that he was done and was now going to another village for the afternoon. I asked him whether his family would sleep at the same place as last night and if I could come back to say goodbye the next day. He said yes. So at dawn the next day, I went down to the platform where I had seen the little boy the previous morning, ready for another adventure with Sahib. Sadly nobody was on the platform. I will never have the answers to the million questions I had about his life and I will probably never see Sahib’s smile again. Yet, the little time I spent with him was special. 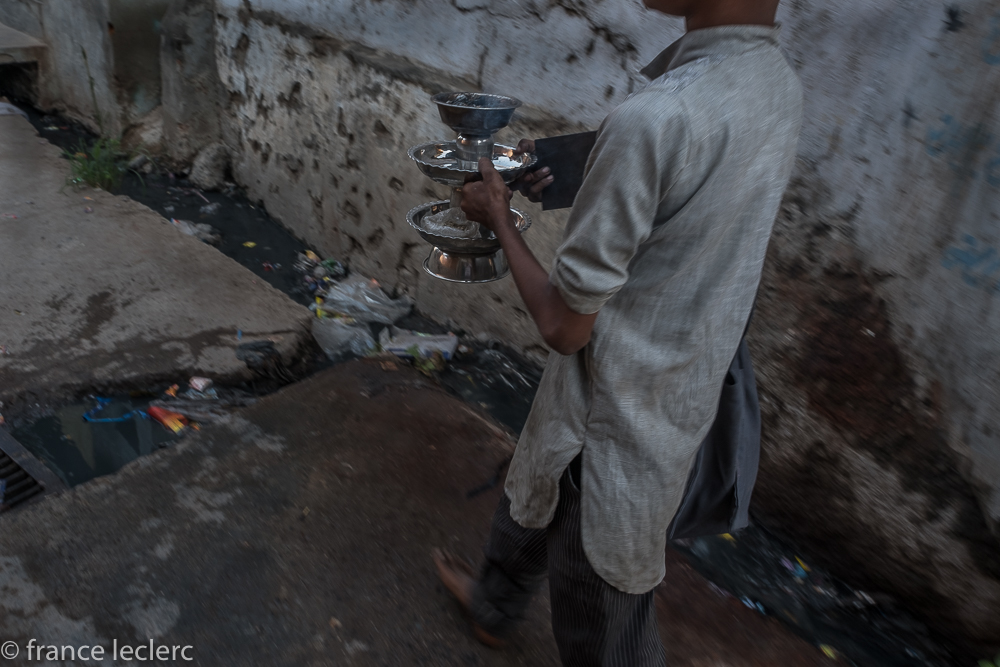 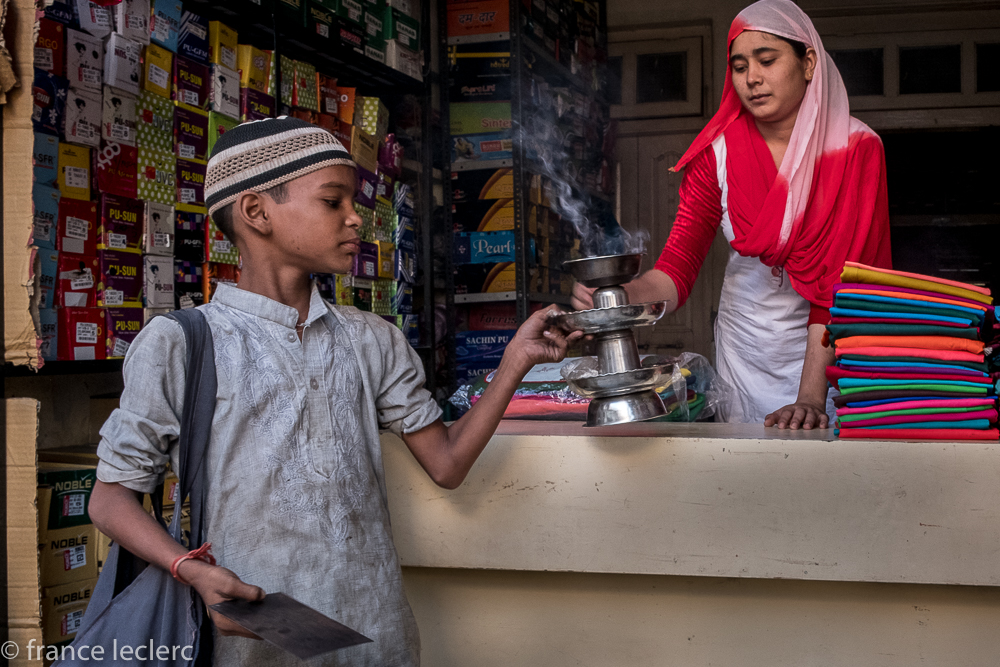 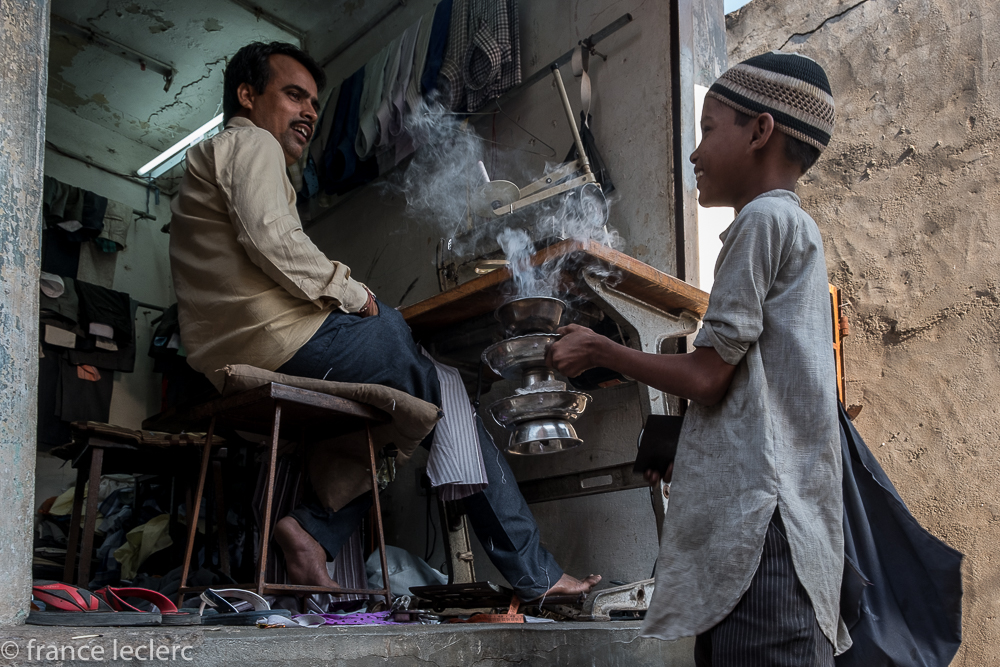 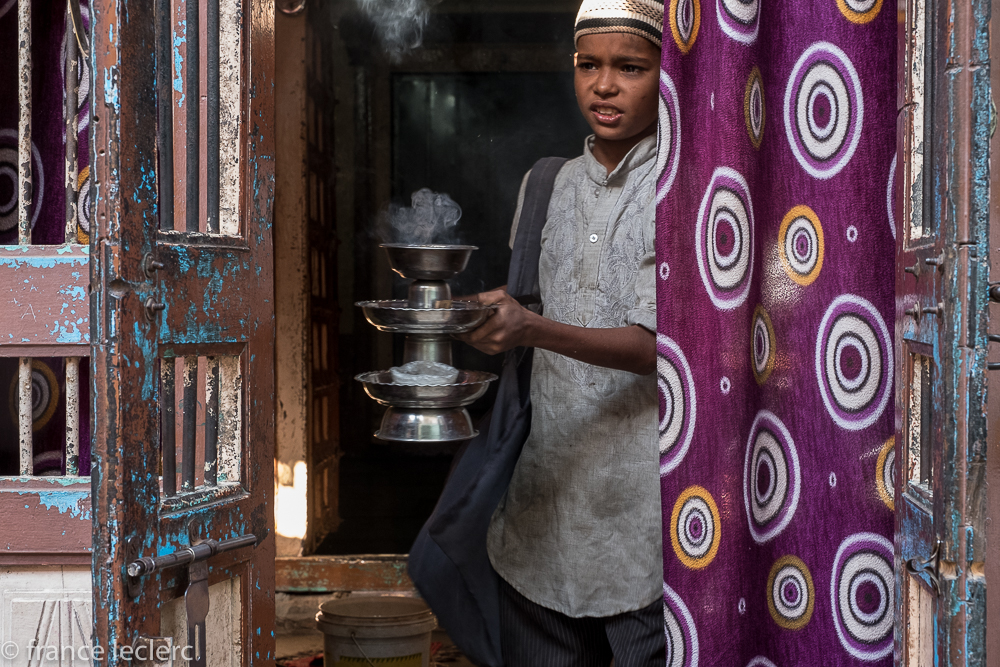 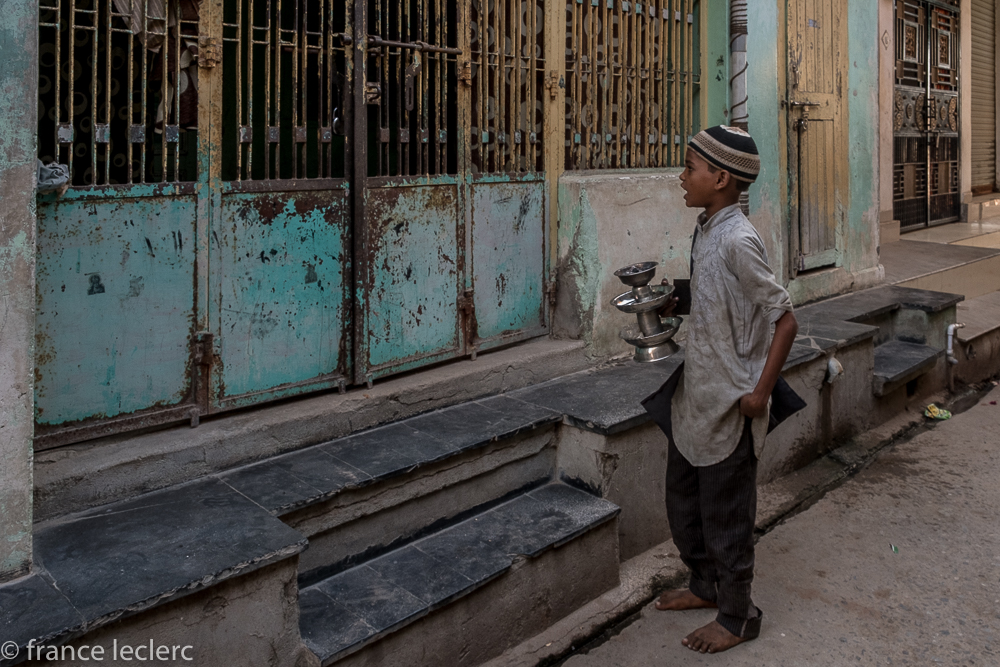 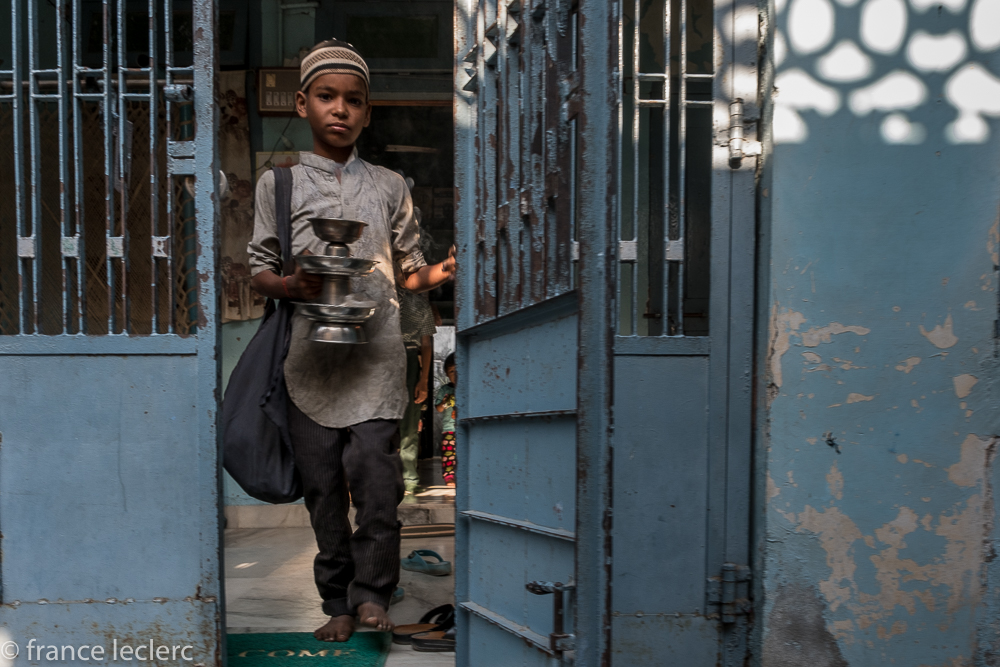 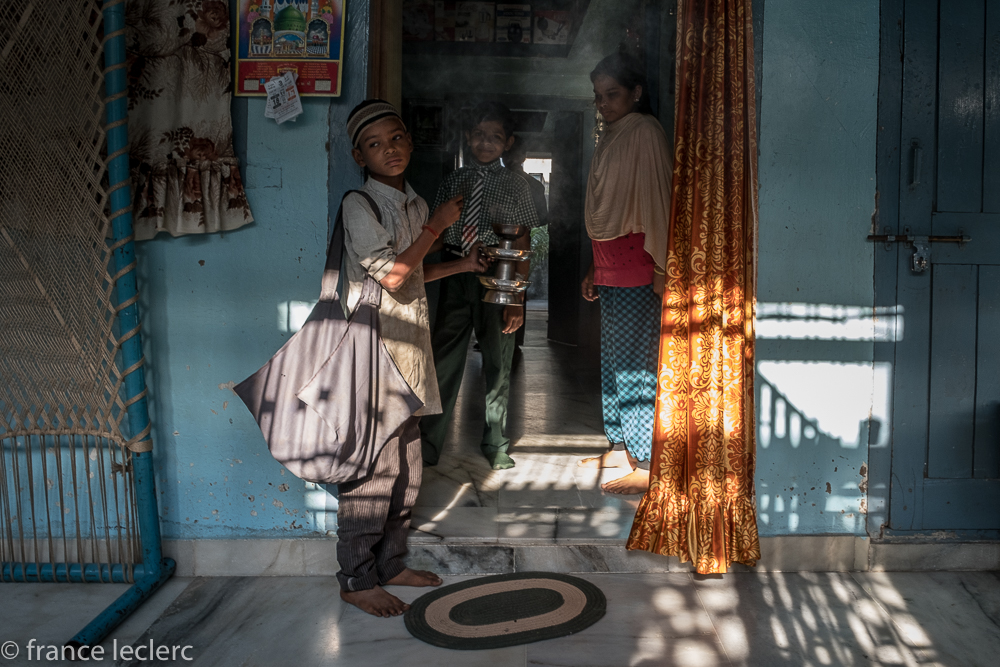 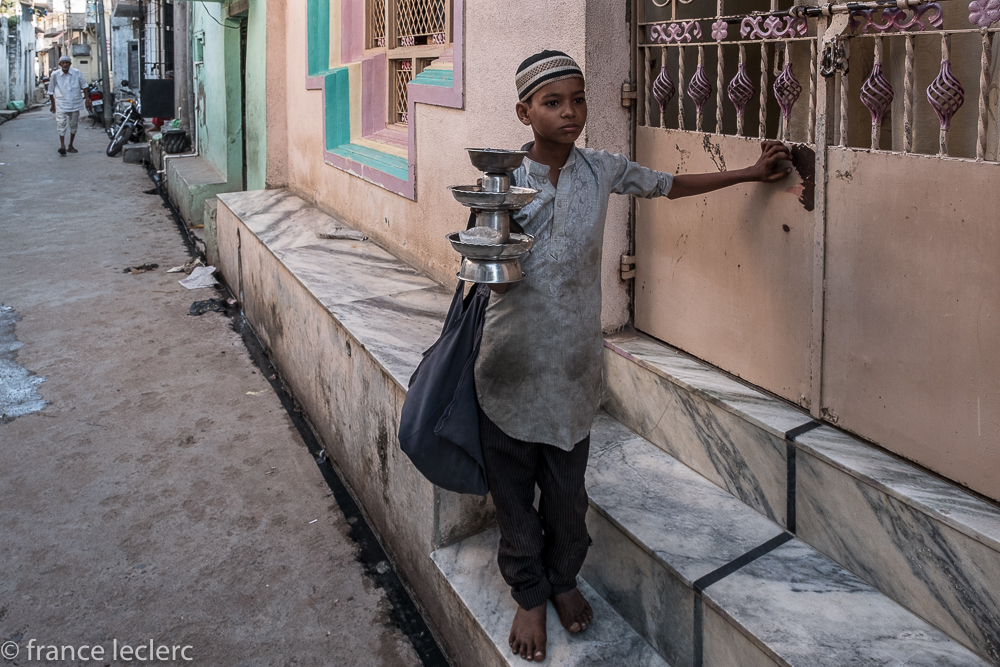 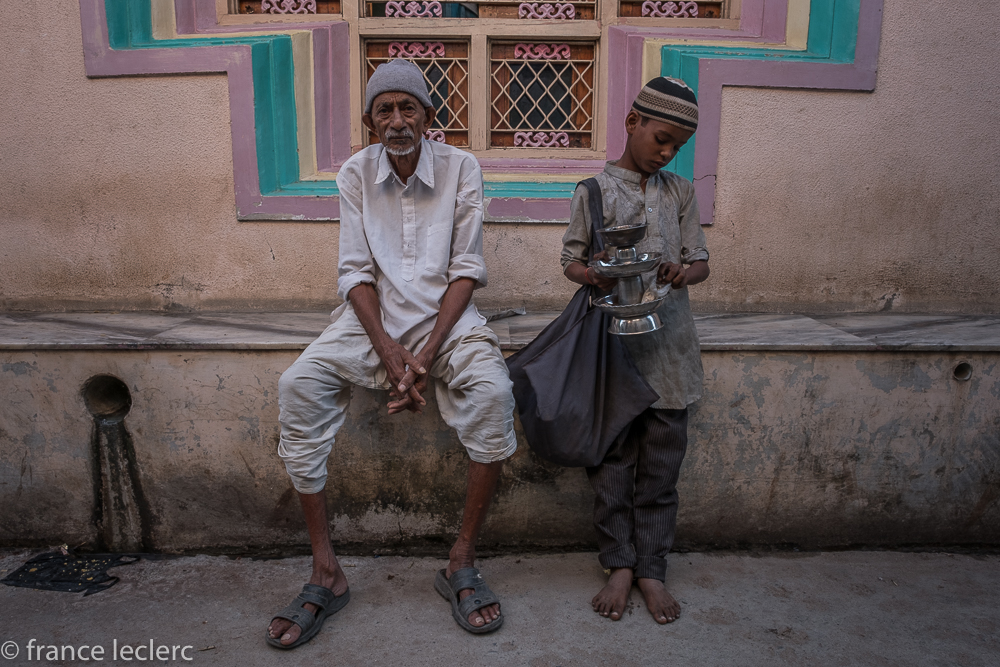 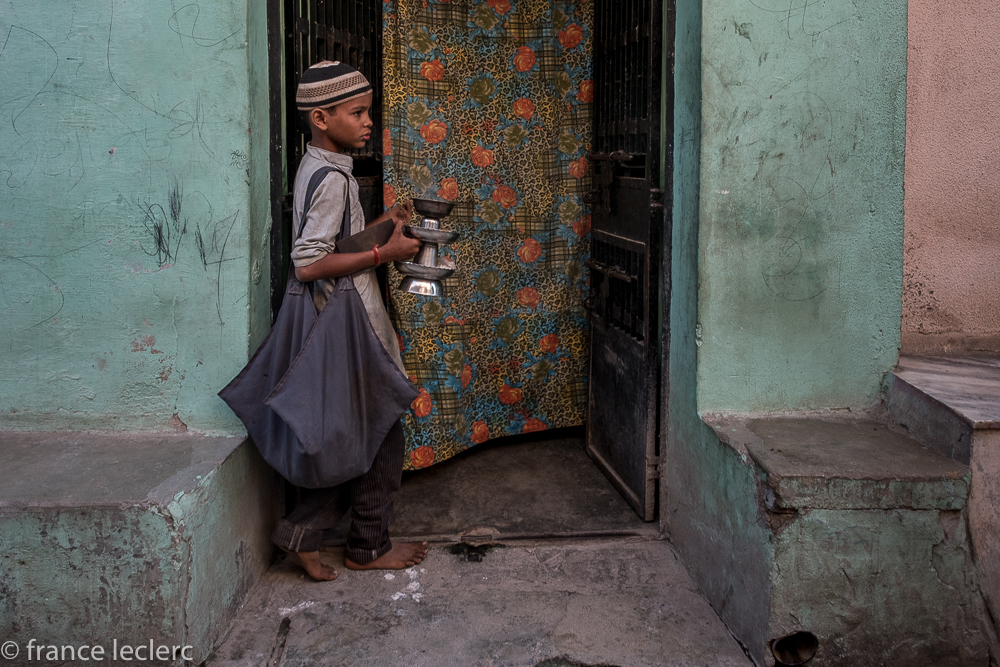 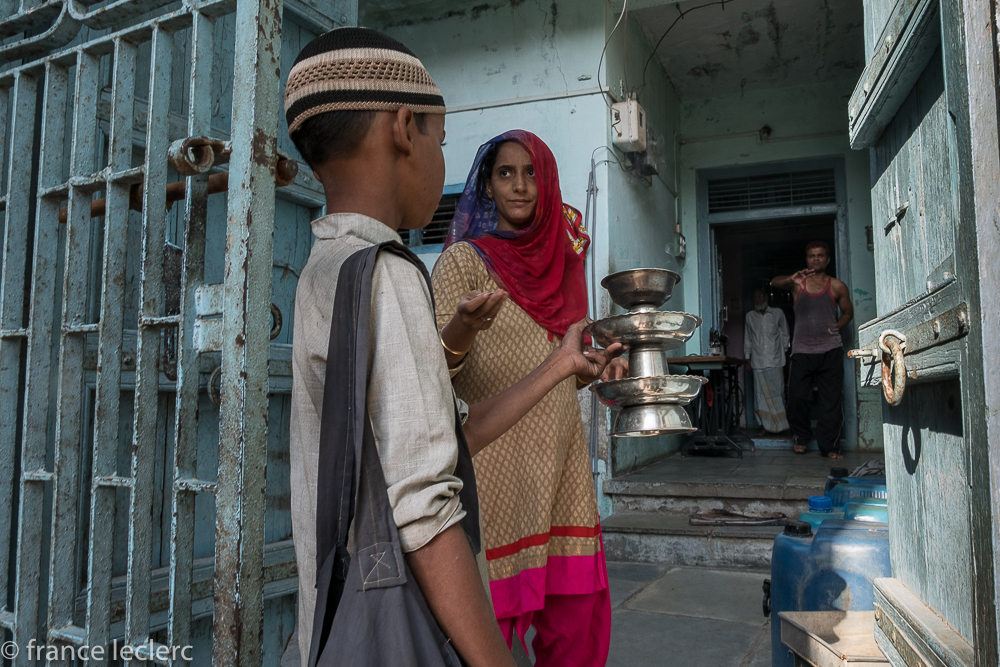 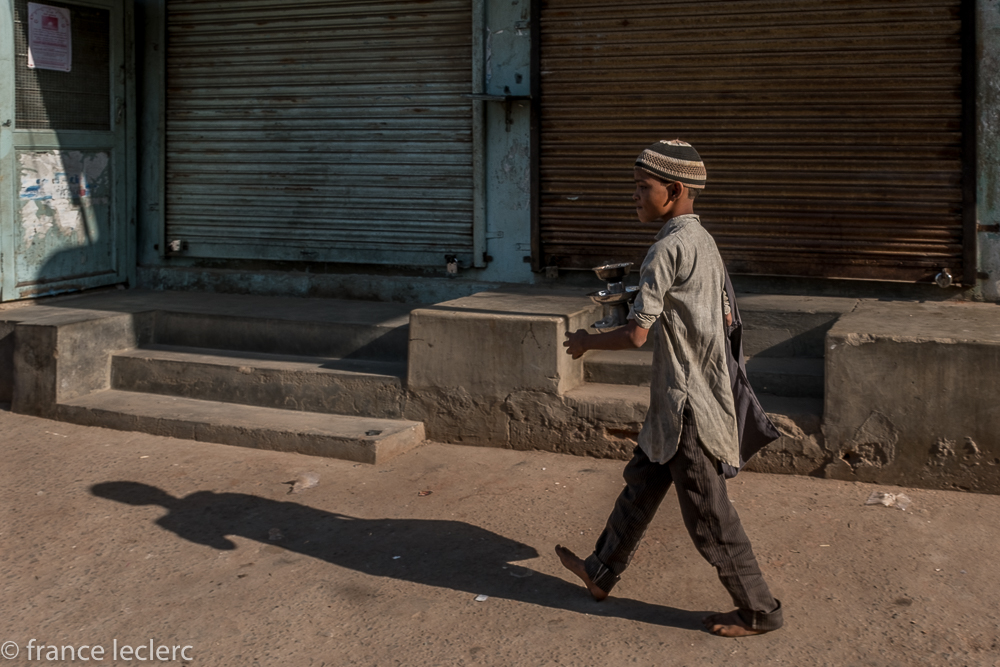