A Glimpse at Two Kenyan Tribes. 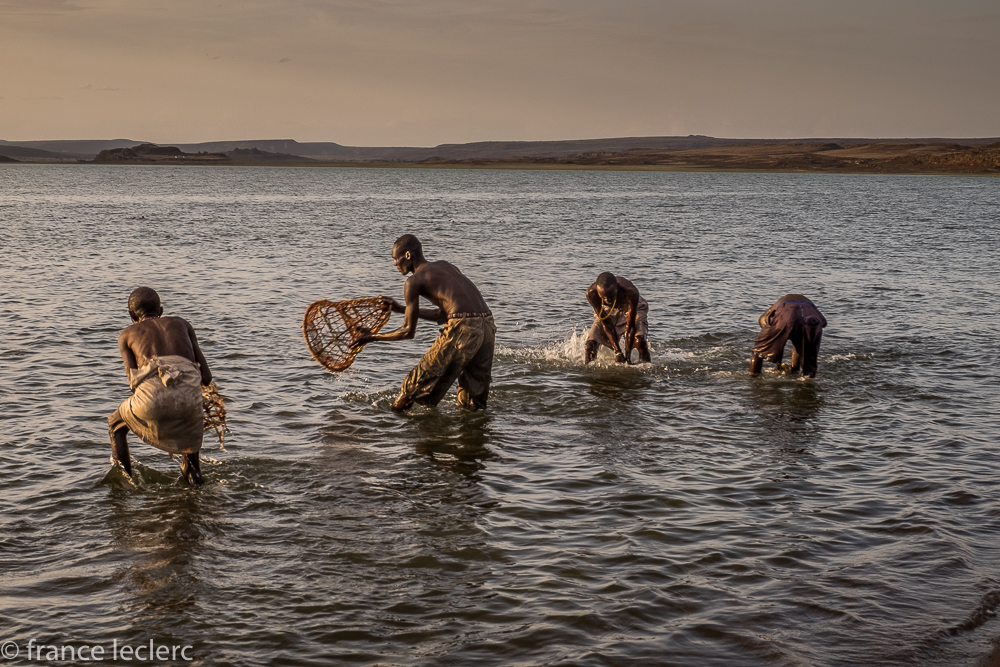 I am just back from one month in Eastern Europe, a part of the world obviously quite different from East Africa where I had been earlier this year. So getting back to the images of Africa was a little difficult but there were many things I had experienced there that I wanted to share. So Eastern Europe will have to wait. Back to Africa for a while.

My last blog post (Soaring Maasai) focused on one of the better-known tribes of Eastern Africa, the prosperous Maasai. This time, I would like to share my (too) brief experience with two less-known Kenyan tribes, the Samburu and the El Molo.

The Samburu can be thought of as the Maasai’s little cousins. They were originally part of the Maasai tribe but upon their arrival in Kenya from Sudan in the 15th century, they parted ways with the Maasai who moved further south while the Samburu moved north. A lot of their traditions and ways of life are similar, though life is more challenging for the Samburu as they live in a harsher climate.

As we did while visiting the Maasai, we had a first night dinner with the Samburu men and visited with the women in the village the next day. The first night was spent on top of a beautiful hill in Kenya’s Rift Valley area.   There, under a stunning sky, the Samburu men feasted on a couple of sheep that were killed, dismembered, and roasted in front of us. (Don’t worry. I decided to spare you the images of the first two steps). As with the Maasai, this is a rare treat for them so there was very little wasted as every part of the animal was consumed either right away or brought back home (including the head as a gift for the elders and the skin which will be given to the women). For the occasion (and as far as I could tell this is their regular attire) the Samburu men wore brightly colored pieces of cloth called shukas that they wrap around their bodies and adorned themselves with beaded jewelry (though not as heavily as the women). They traditionally dye their hair with red ochre, which they did before our dinner and the next morning as well. 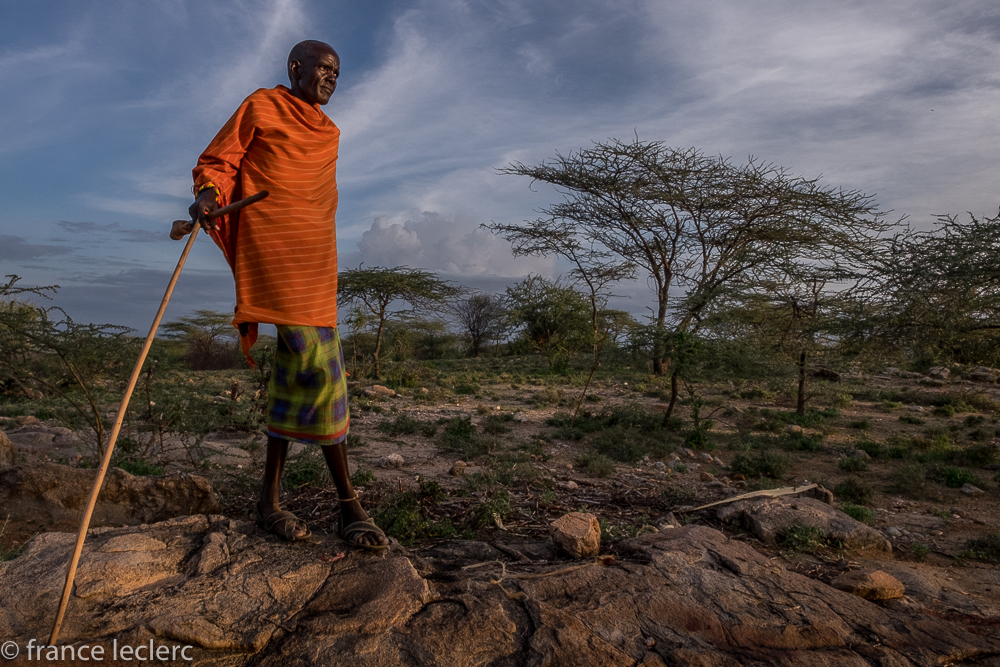 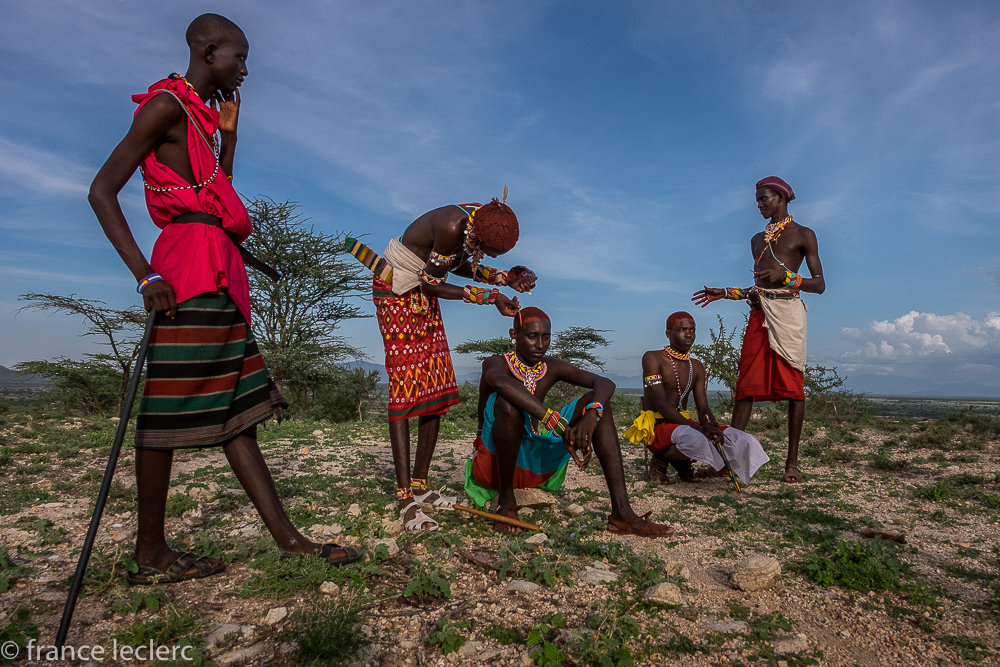 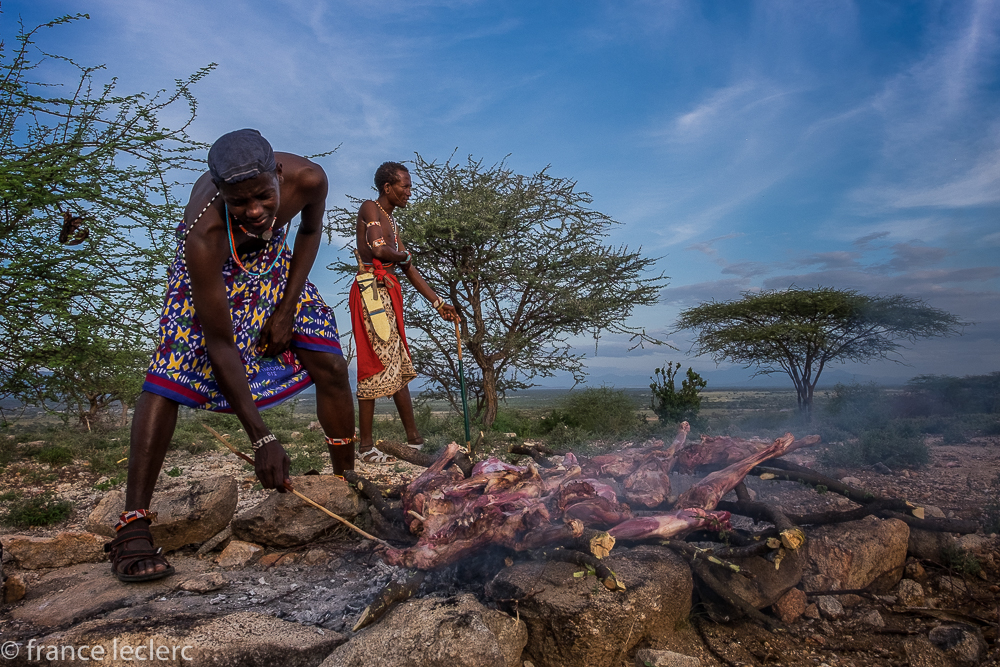 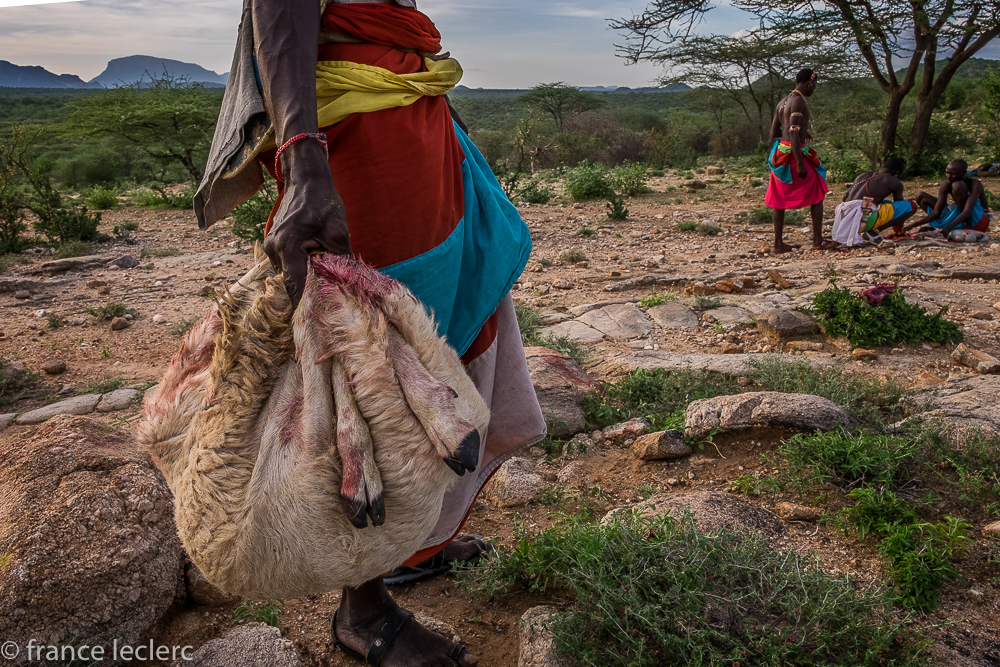 The village we visited the next morning is located near the Samburu National Park, a beautiful game reserve where elephants are of very reddish color and nests of weaver birds seem to grow on trees. It was a treat to see the women at the village wearing magnificent multi-beaded necklaces that cover the upper part of their bodies but still allow the women to move gracefully. The necklaces also give clues to their social status; for instance, married and single women wear beads of different colors.

I was quite surprised though but the village’s dwellings.  Samburu are known to be semi-nomadic people moving with their animals from one grazing pasture to the next. However, the huts at this village seemed more permanent than the grass thatched huts that are typical of nomadic people. The roofs looked to me like colorful quilts. Since this village is located near a national park, which offers employment opportunities, it is possible that this particular group of Samburu has settled more permanently. 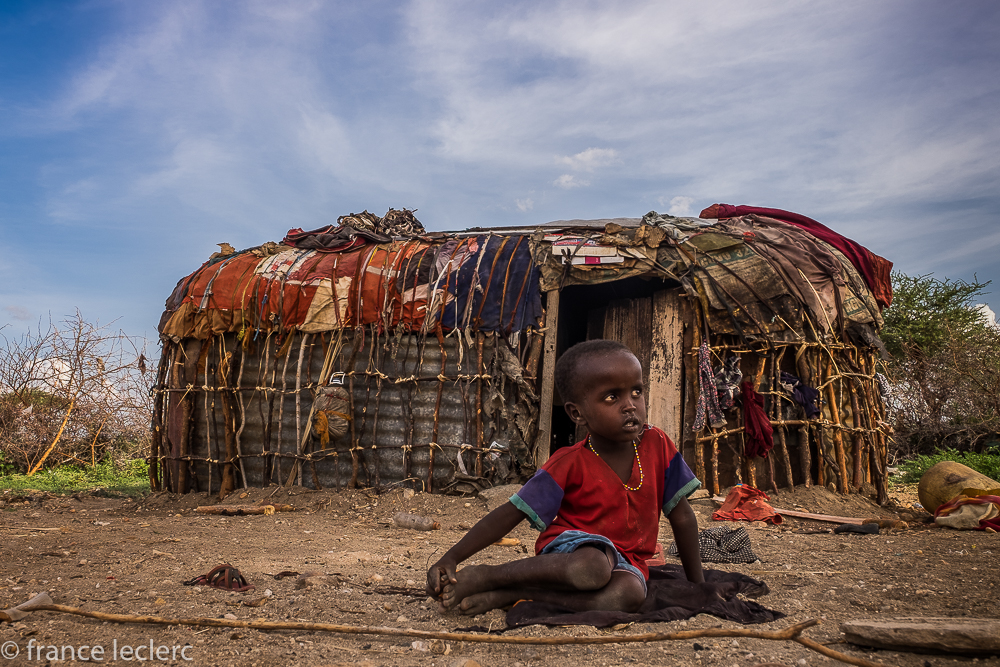 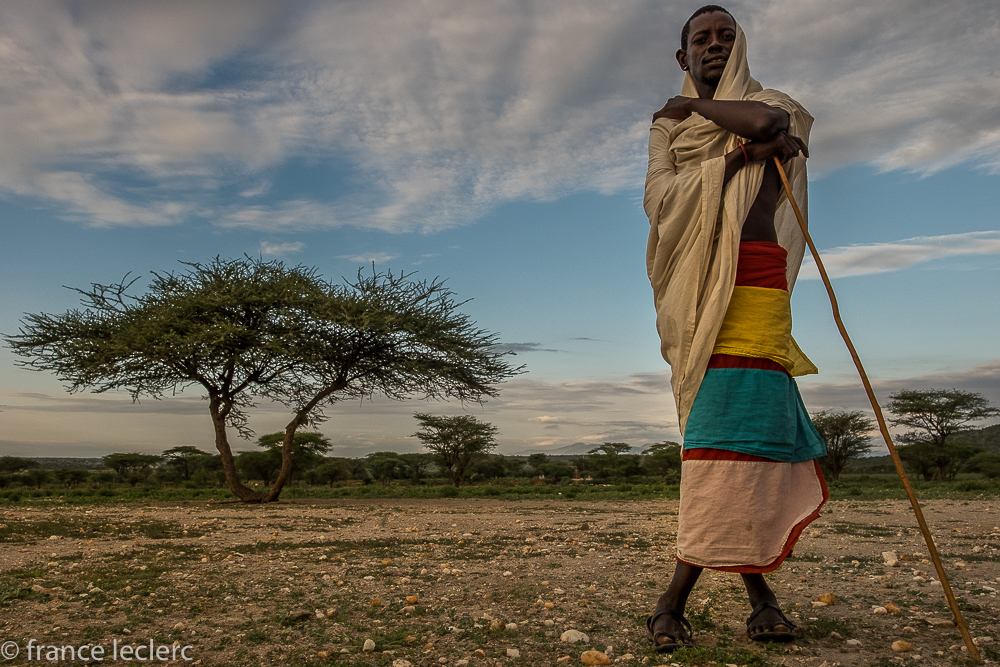 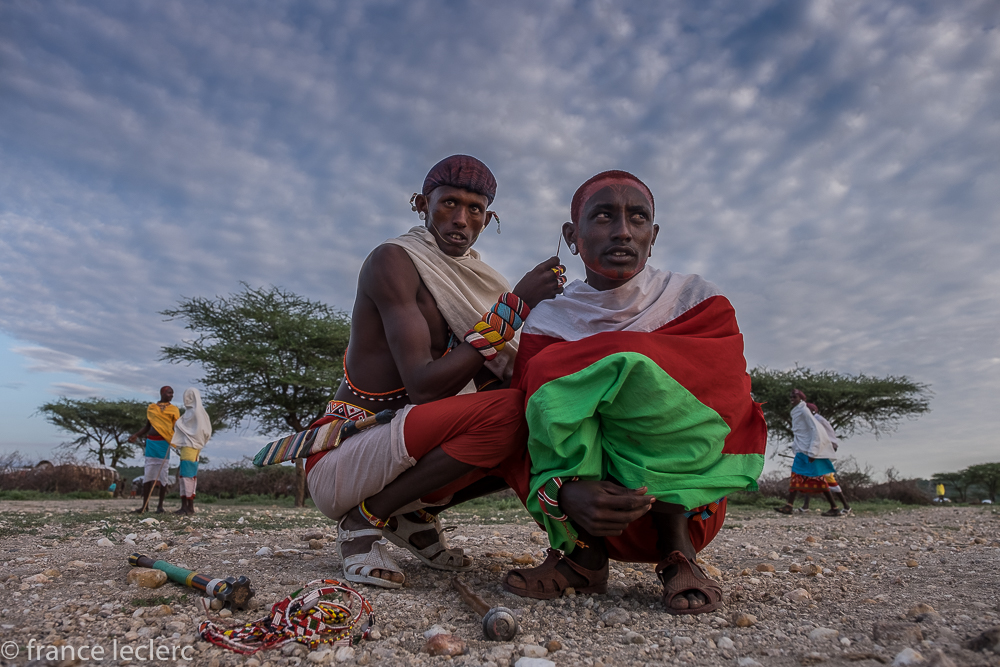 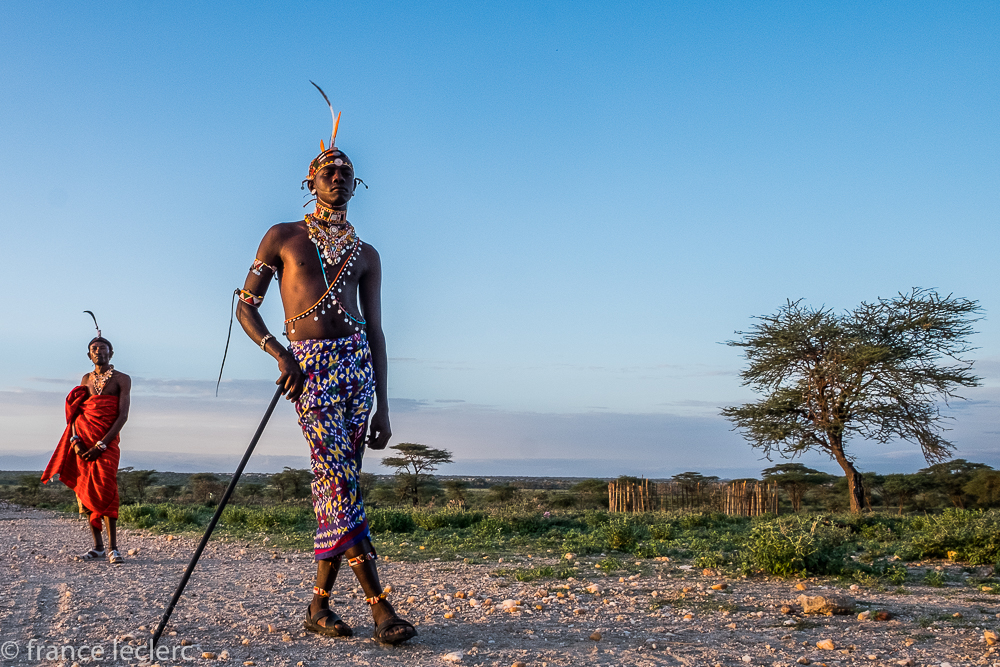 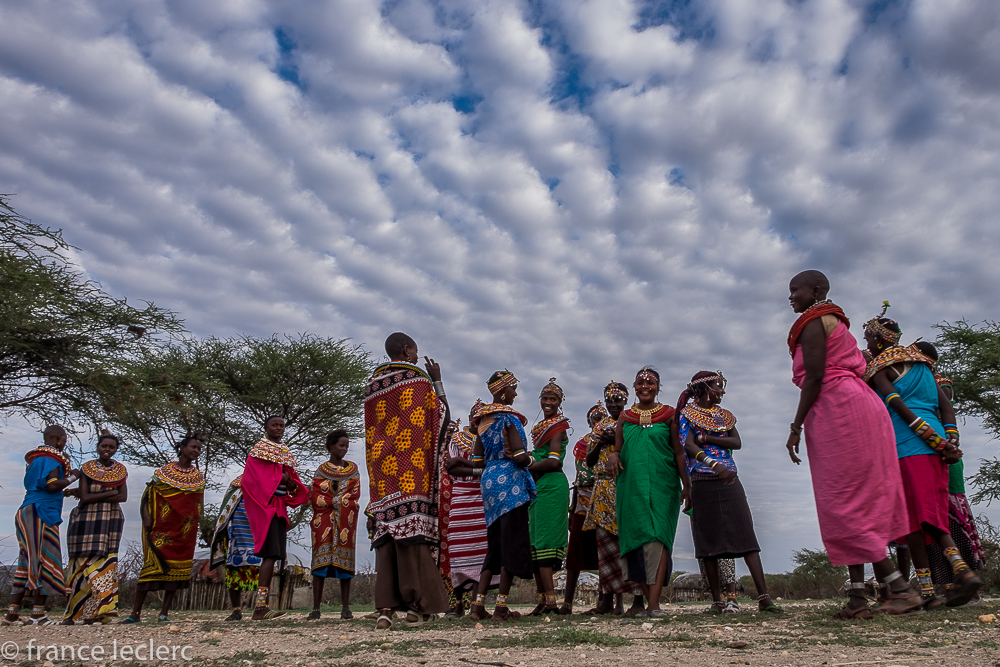 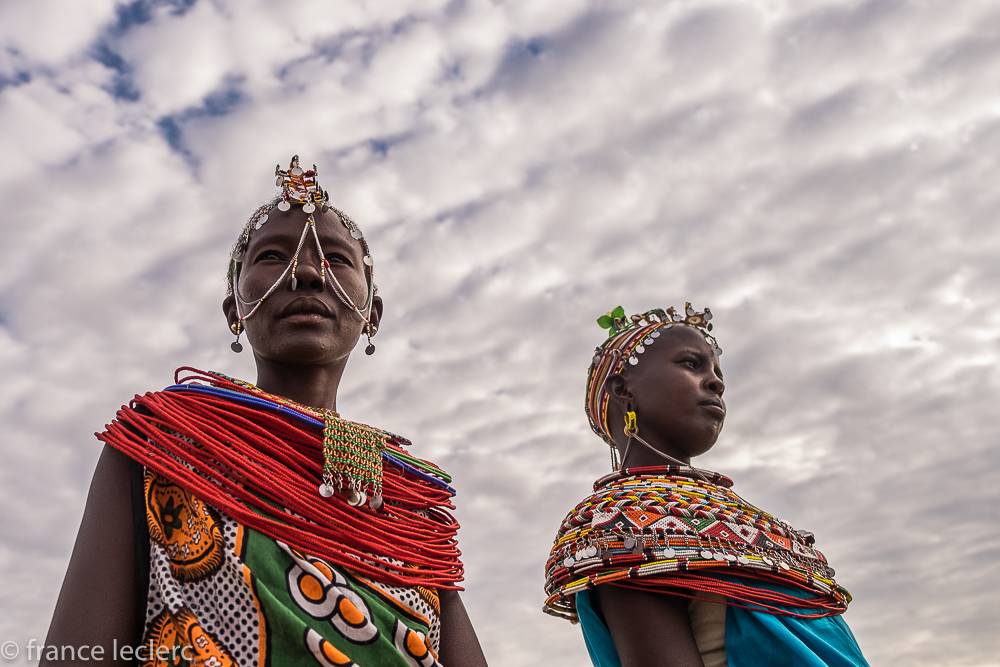 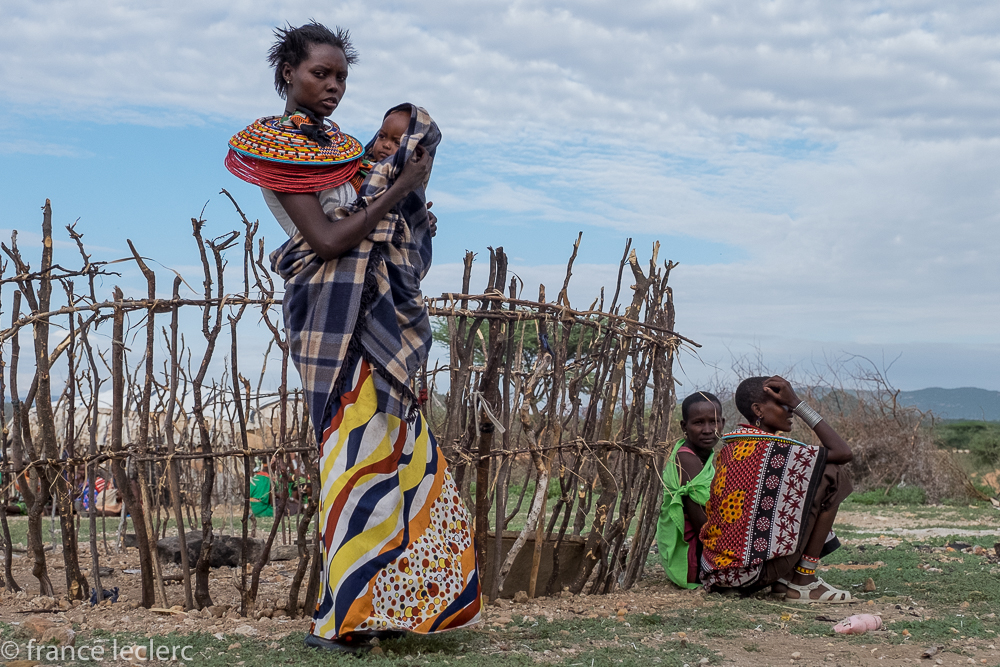 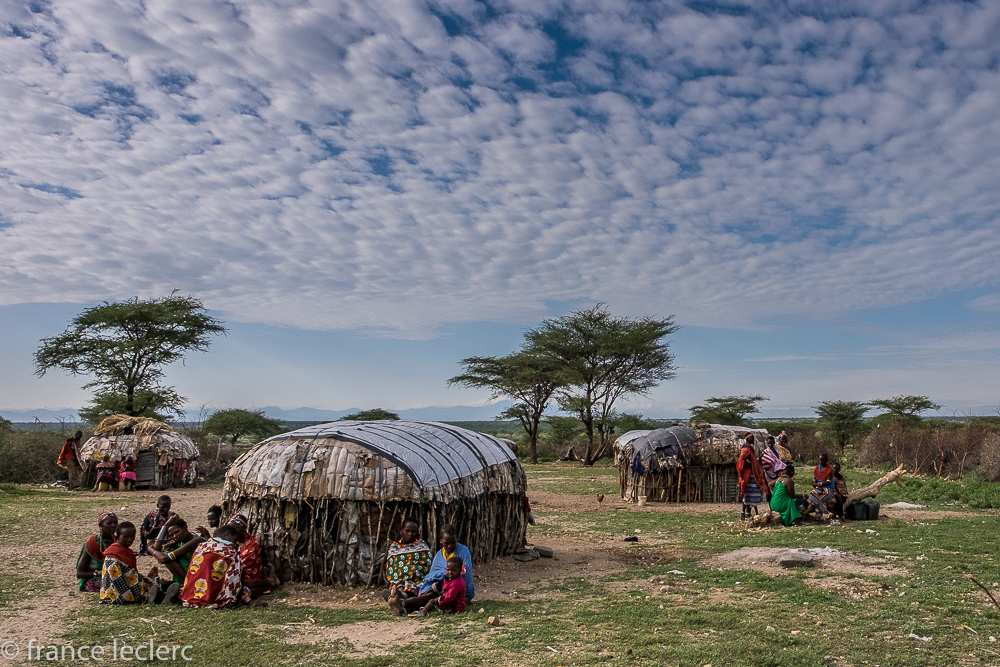 On to the El Molo. Don’t be embarrassed if you have never heard of them as they are the smallest tribe of Africa. Furthermore, there are very few “original” El Molo left as they have mostly mixed with adjacent tribes. Their village is located on the southeast shore of Lake Turkana and though we only spent a little time there, I had one interaction with a young girl that was quite amusing. As I am trying to photograph her, she is trying to sell me jewelry (fair enough). Suddenly I see her mother’s arm in my frame and hear a burst of roaring laughter. Not sure what it was about initially, I finally understood that her mother had pointed out that she was wearing different shoes on her two feet which had made her laugh wholeheartedly. 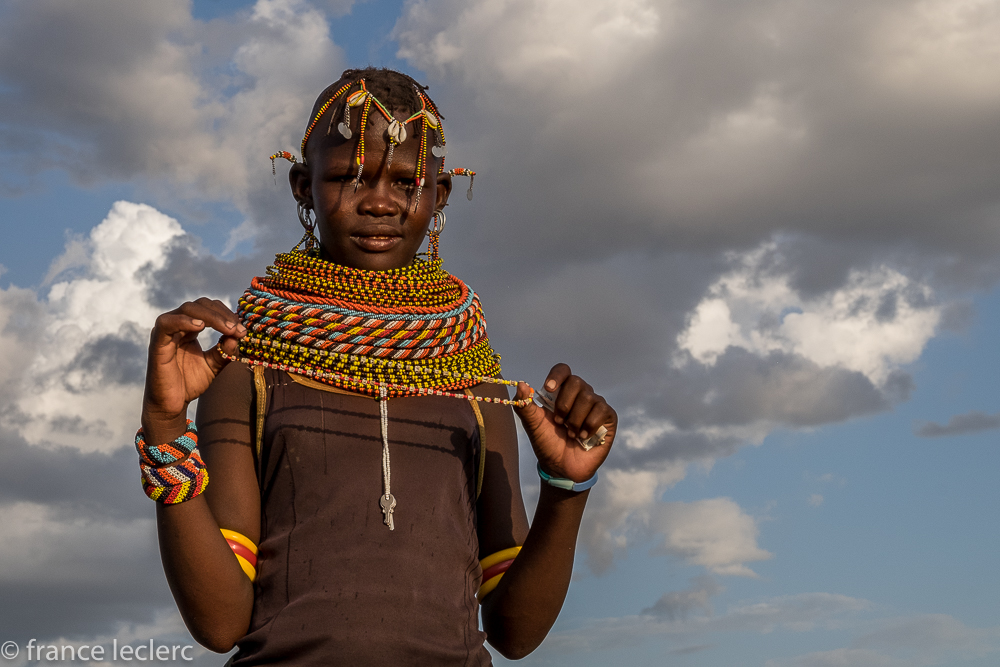 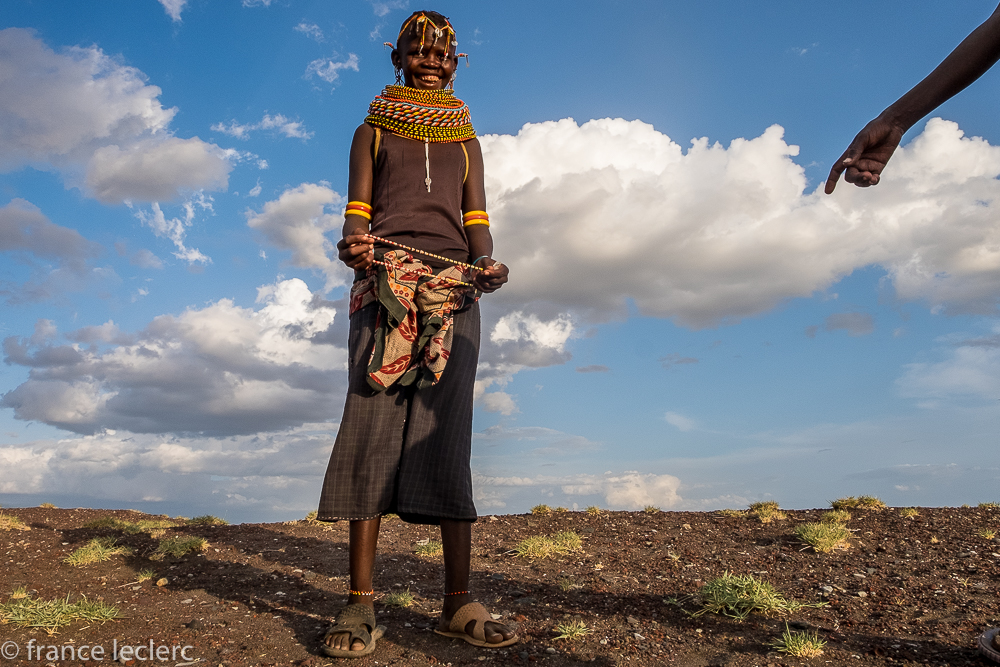 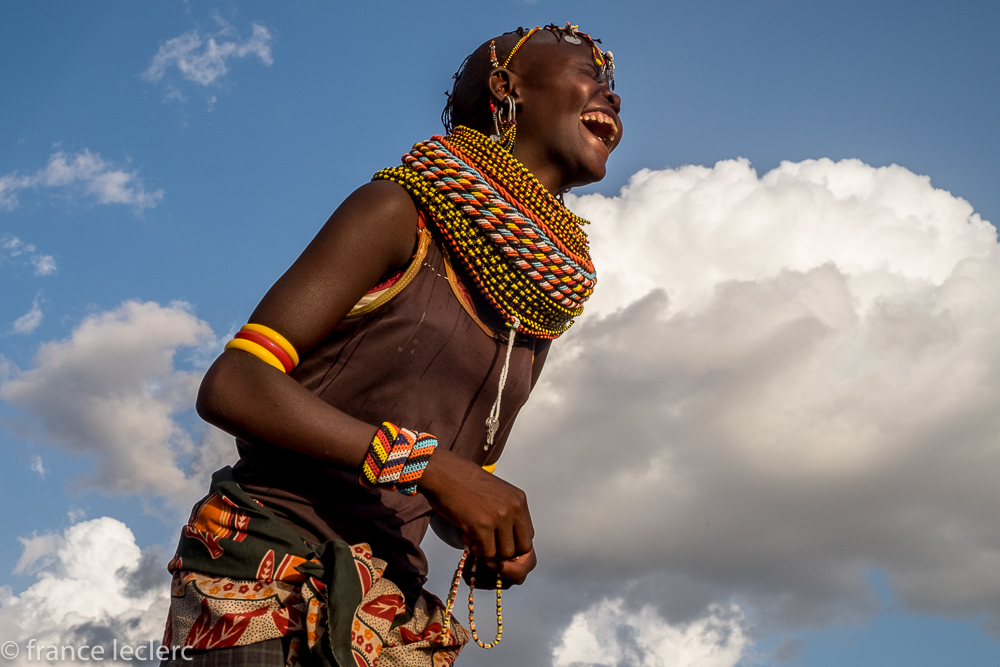 The El Molo tribe is known for a rather unique style of fishing. Though not used any longer as the fish population has significantly decreased, the fishermen traditionally used baskets to try to capture the fish in shallow water. Quite a challenge! 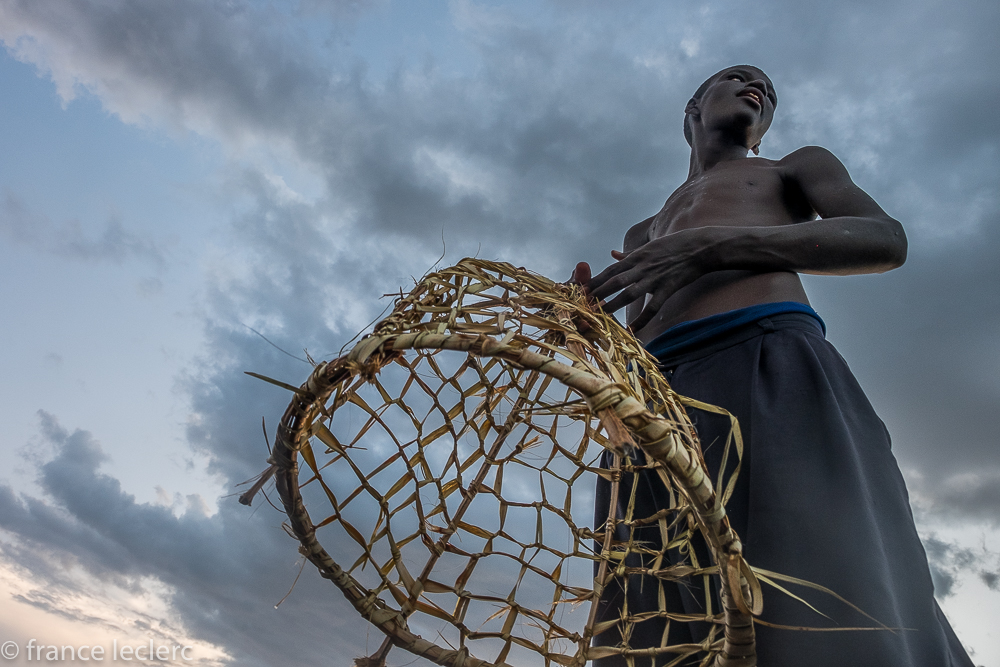 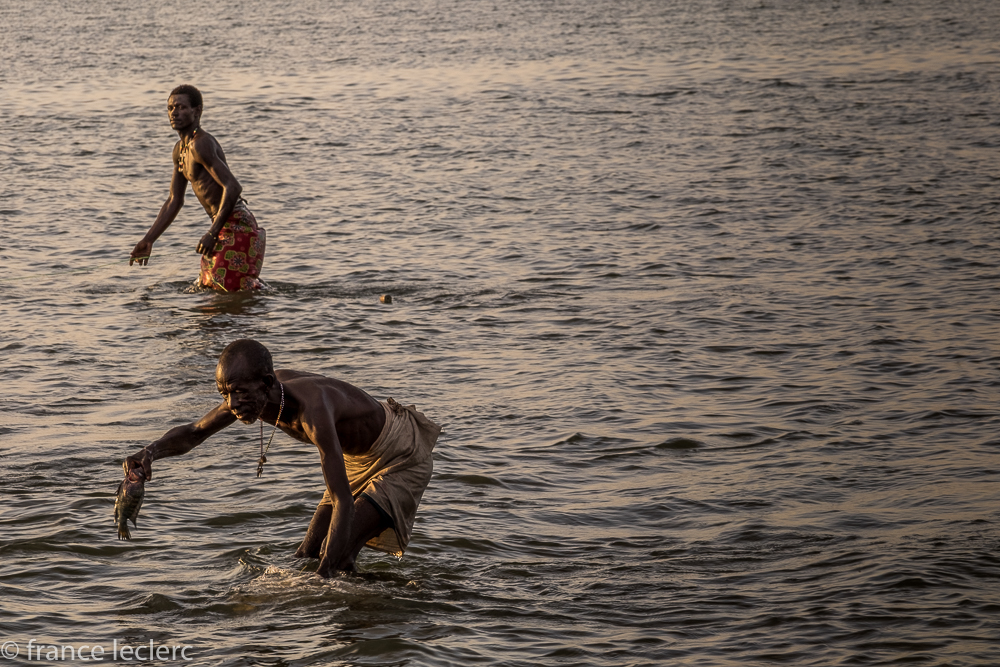 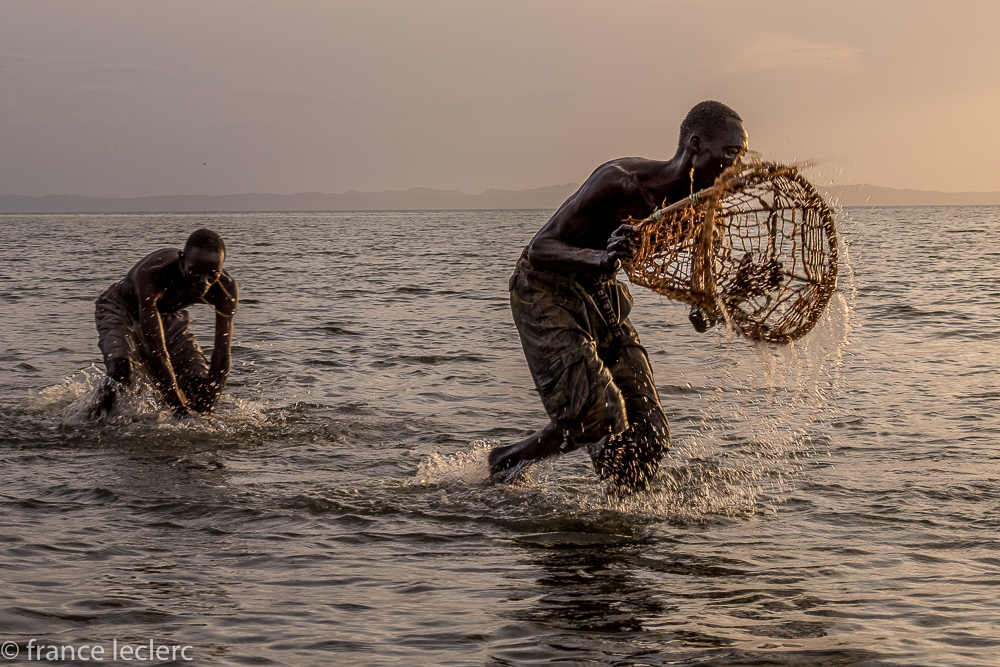 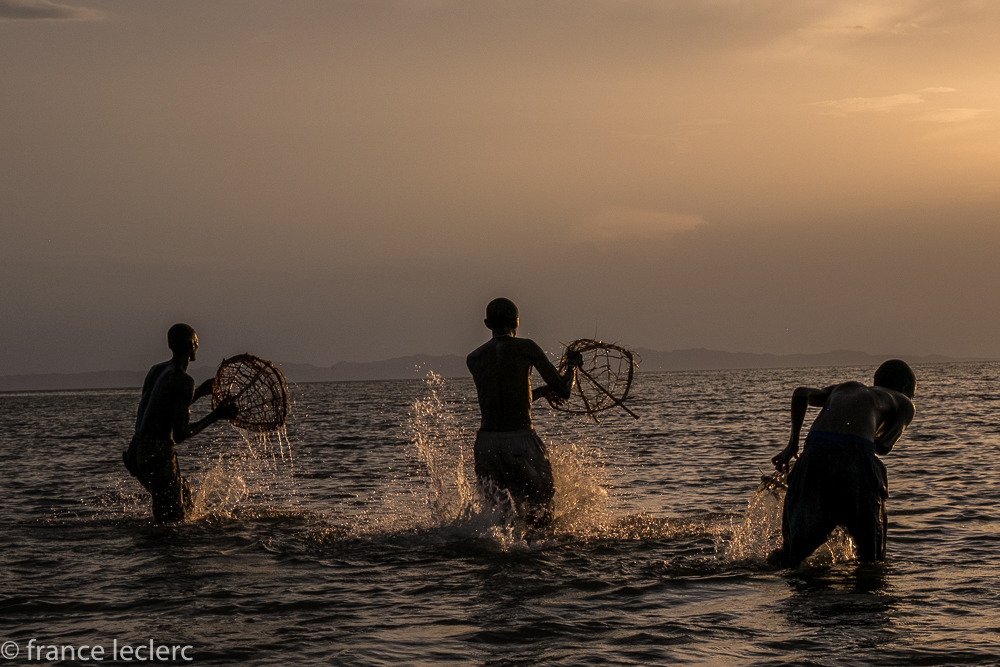 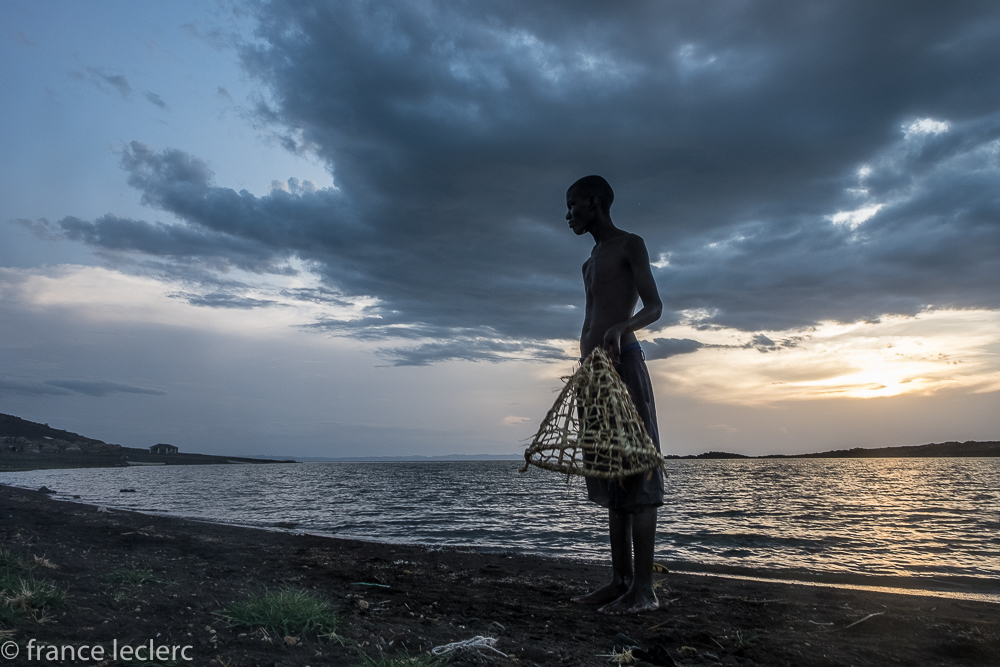 In the next post we are on to the Turkana festival.