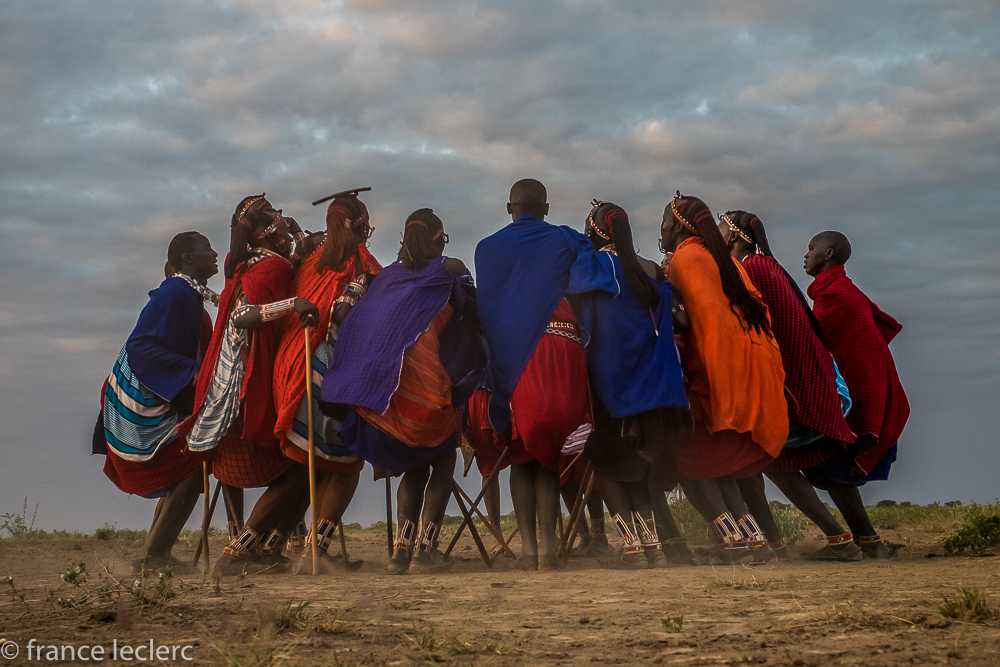 I have just spent one month in East Africa visiting with a number of tribal groups. Some of these tribes like the Hadzabe in northern-central Tanzania are little known to the Western world while others like the Maasai, of jumping fame, are world-renowned.  For this first post, I decided to focus on the Maasai, as many people are already familiar with them (and I am being lazy, not to mention getting ready for my next journey). A tribe of warriors that populates southern Kenya and northern Tanzania, the Maasai are better known since their land is often adjacent to East Africa’s finest game areas. And the Maasai are usually happy to welcome visitors interested in learning about their culture and, of course, in witnessing their amazing jumping abilities.

The group of Maasai we visited live in a village located near the Amboseli Reserve Game Park in Southern Kenya. The park offers spectacular views of Mount Kilimanjaro (if it is clear enough) and has very sparse vegetation due to its long dry months but there are swamps that become filled with water when it rains.   While touring the park I was taken by the beautiful water scenes, though the omnipresent wildebeest were also hard to resist.   This park is home to an elderly elephant called Tim, who at 58 years old has grown the longest tusks I have ever seen. 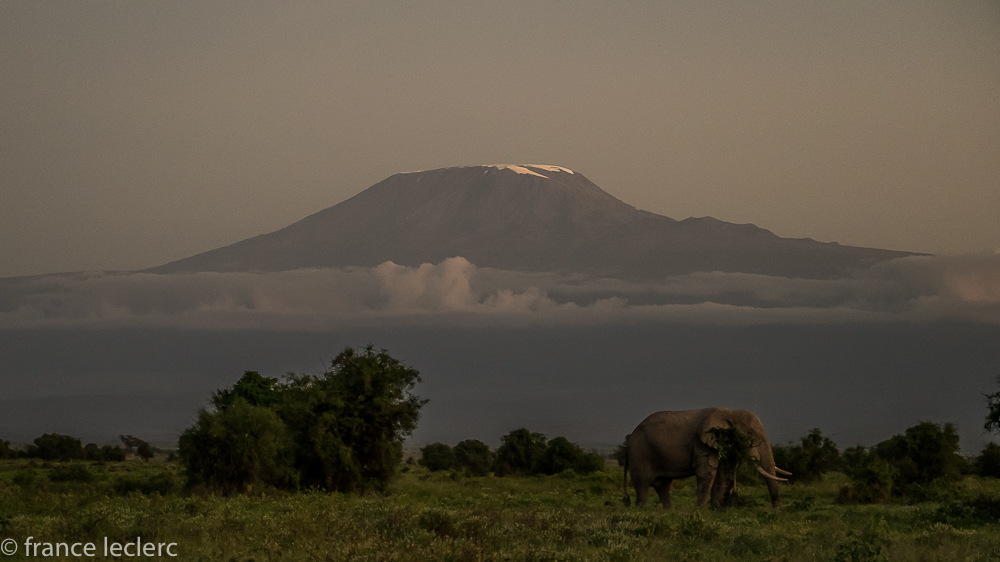 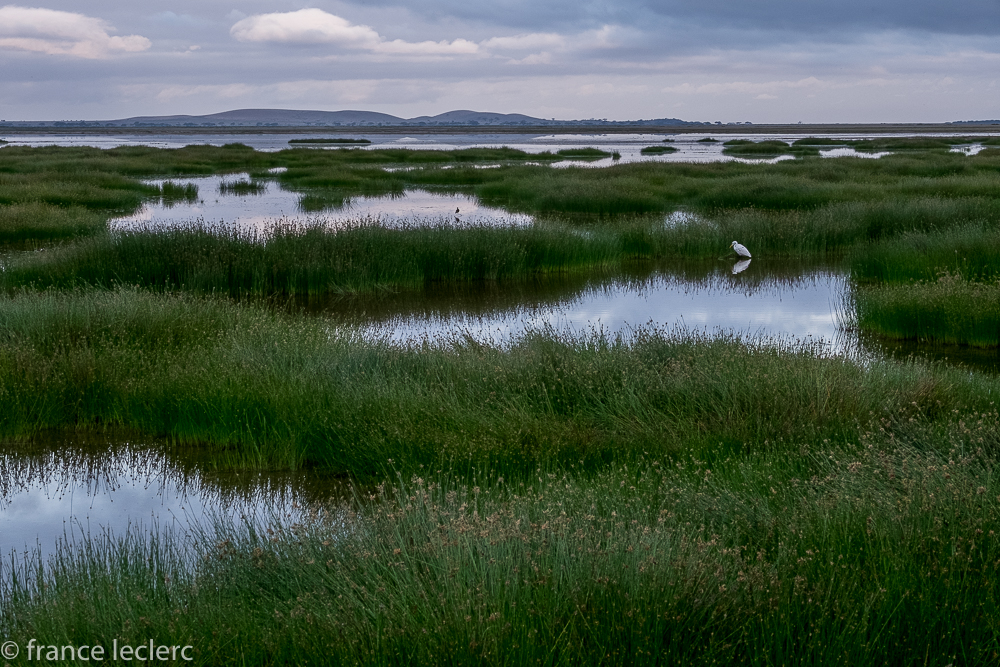 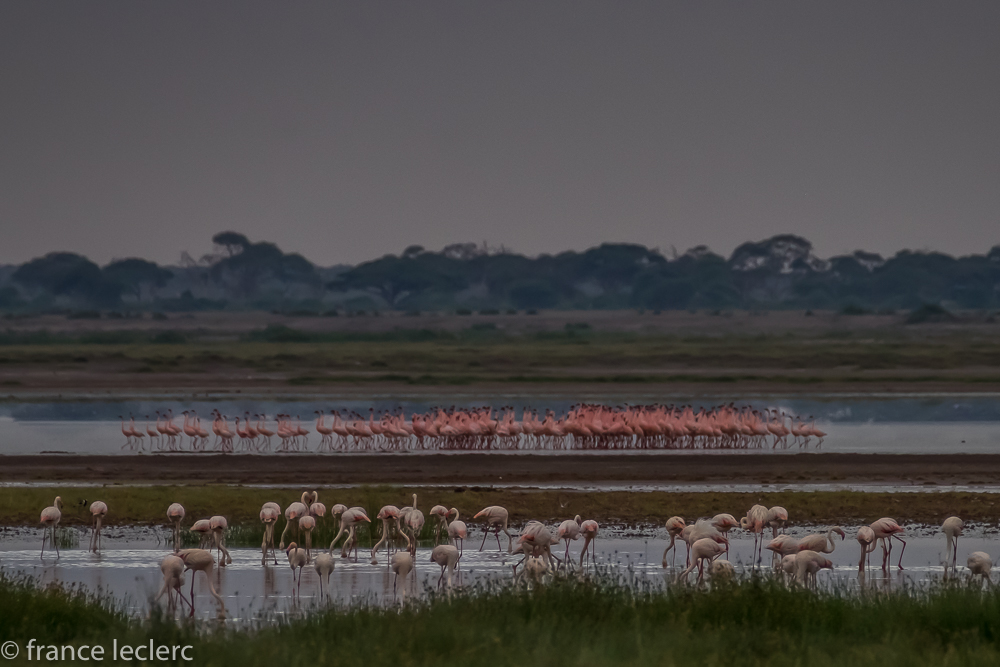 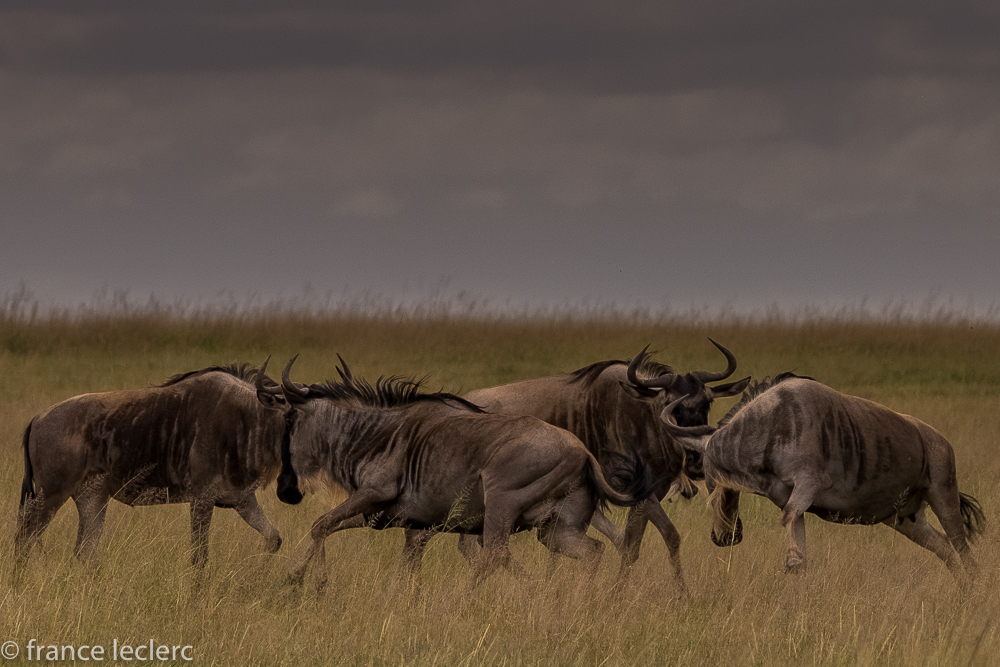 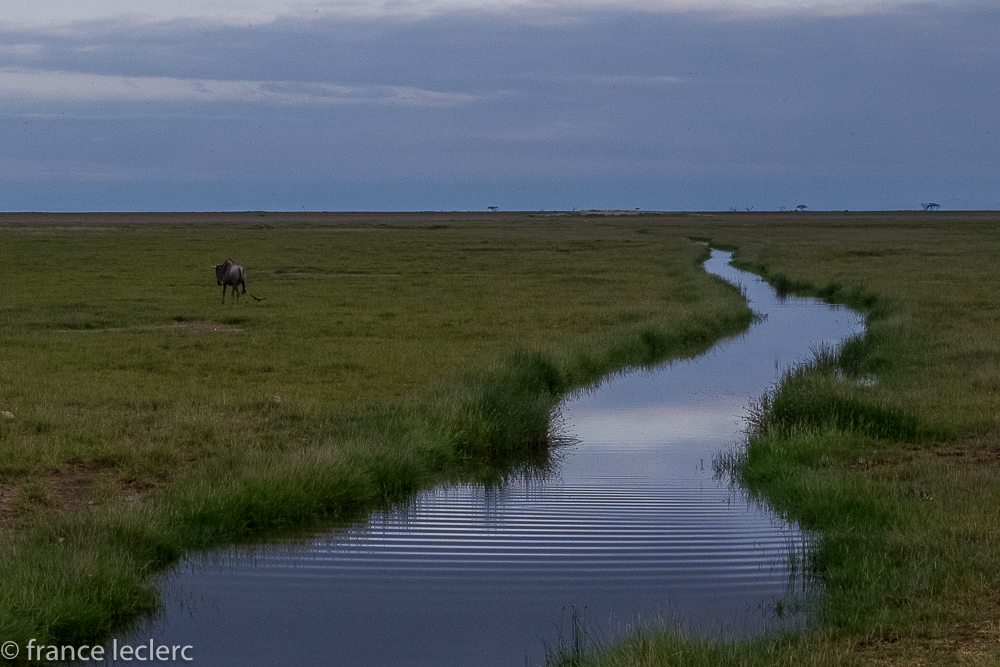 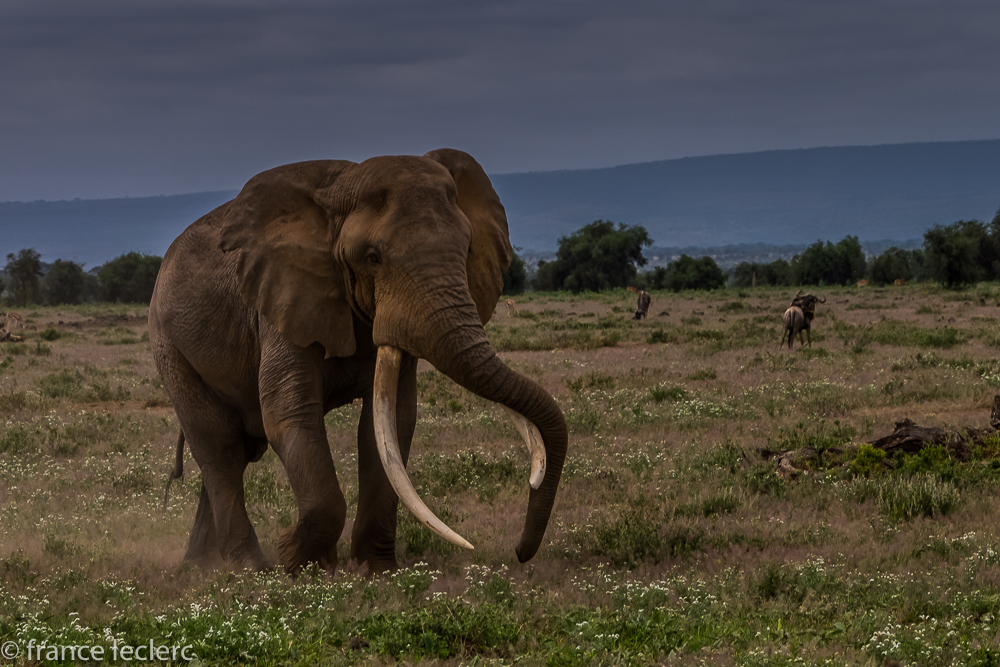 But back to the Maasai. They are pastoralists and their lifestyle centers on their cattle and goats, which constitute their primary source of food. The most surprising thing about their culture though is probably the rite of passage for young men. Every 10-15 years, a new generation of “warriors” is initiated. Most boys who have reached puberty during this period will have to go through a painful circumcision ceremony (performed without anesthetics). They will then stay “warriors (or morans) until a new generation is initiated and in the meantime, their role will be to protect the village. Warriors are the only members of the Maasai community to wear long hair, which they weave in thinly braided strands. When a new generation of warriors is initiated, the existing morans will become junior elders, their hair will be shaved and they will then marry (possibly multiple times as the Maasai are polygamous).

Our first encounter with the group was over dinner (good first date I guess), as a goat was roasted under a large tree outside of the village for all of us to enjoy. And by all of us, I mean the Maasai men and us, as the Maasai women were not invited to partake though some of the meat was kept for them to enjoy at a later point.  The Maasai men are pretty stylish as they wear a sarong-like piece of cloth, often red but sometimes blue, striped or checkered, wrapped around their bodies. Before dinner, we chatted with some of the tribe members as a few of them speak English.   But as soon as the goat was ready, the warriors and elders made their way to the fire pit making it clear that no conversation is worth pursuing when dinner is on the table (or on the ground as the case may be). Needless to say that the goat disappeared rapidly. And then it started! One of the young warriors started to sing and the group responded unanimously. In no time, the warriors formed a circle, and one or two at a time entered the center to begin jumping, and this was jumping that included lots of hangtime!. These young men seemed to spring up from nothing to amazing heights, only to repeat it over and over. But what was even more impressive than the jumping abilities was the pleasure they seem to derive from it. They went on jumping, laughing, being impressed by one another’s performance for a long time near the fire. Then as we all started walking back toward the village and about half way, the young jumpers started again on their own for no reason aside from self-amusement. 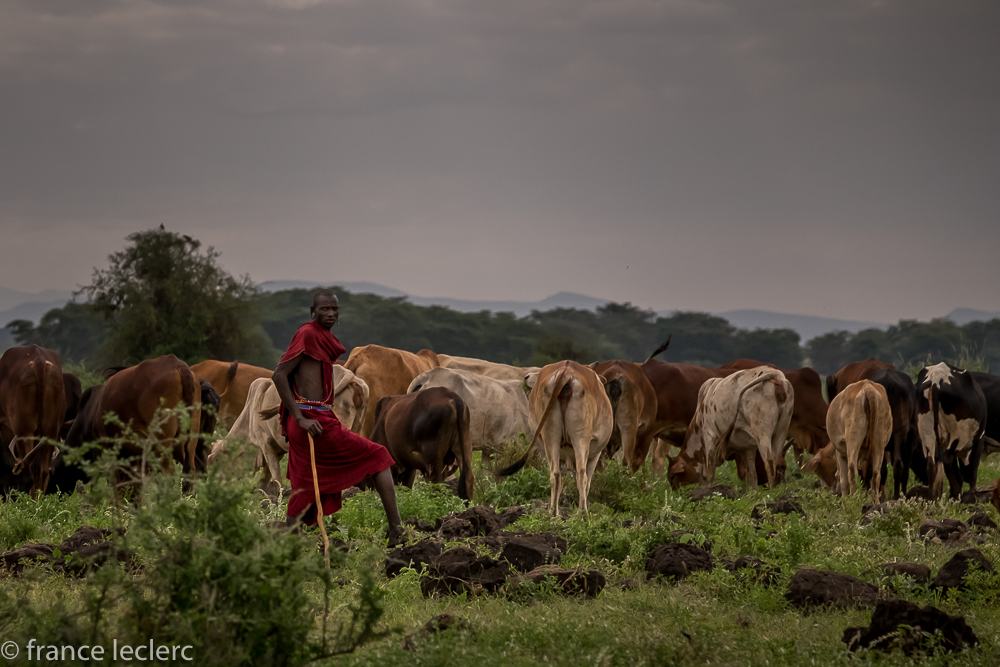 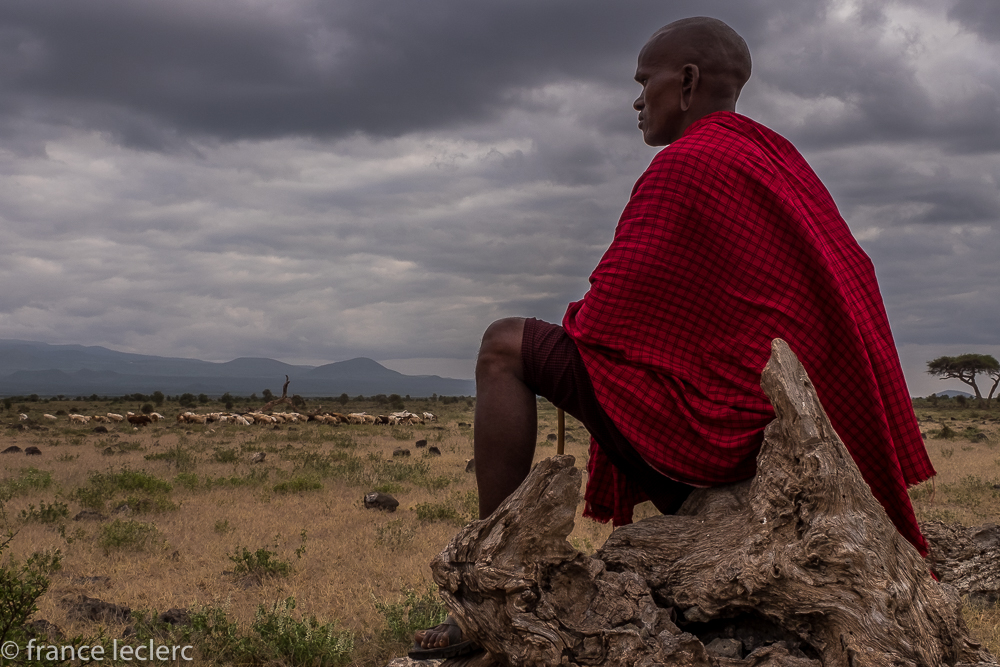 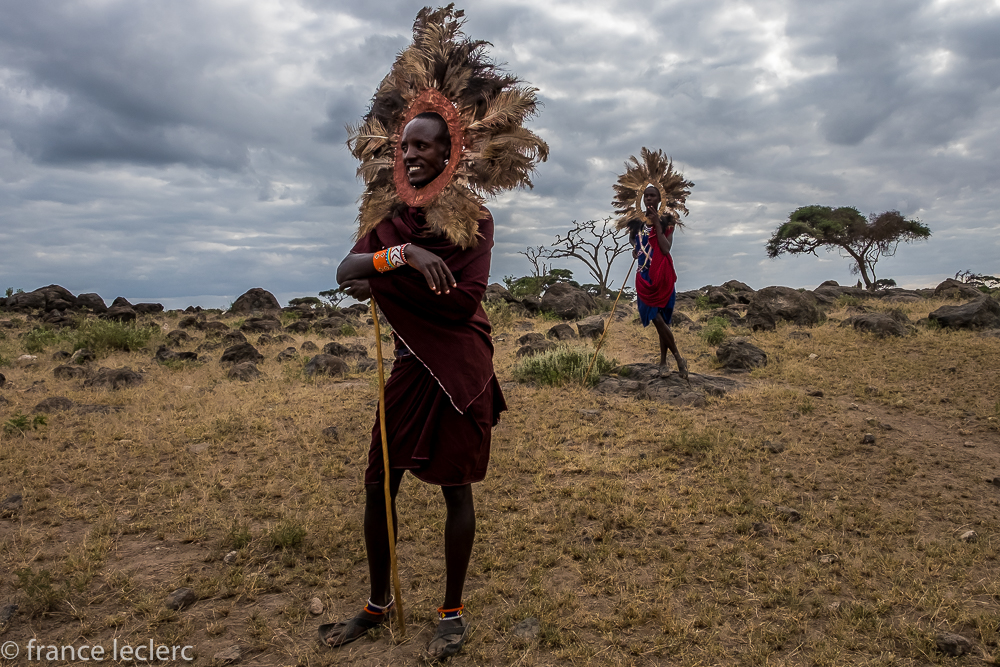 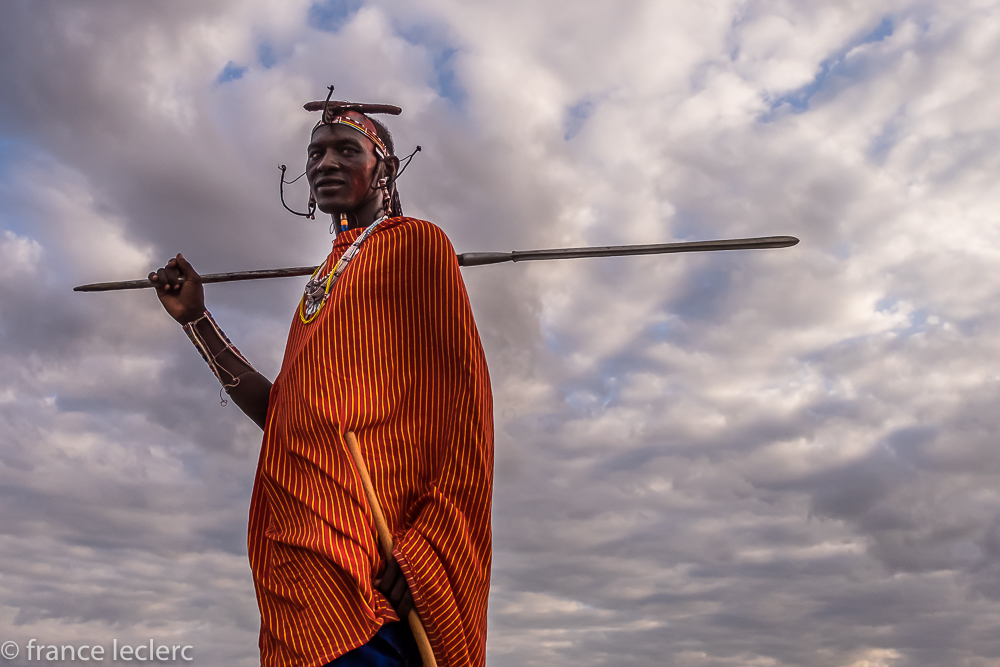 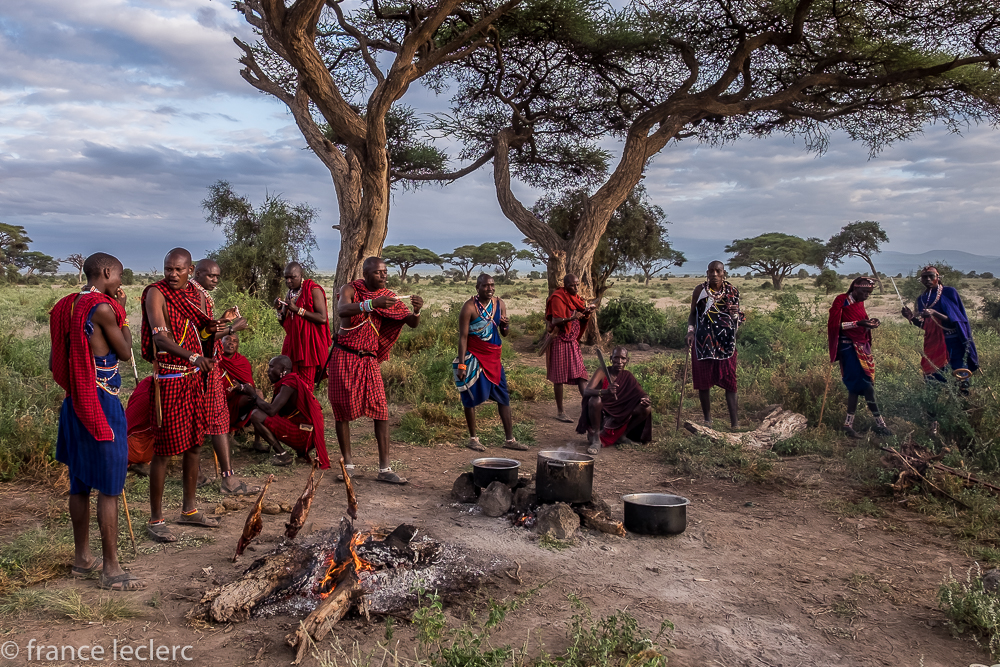 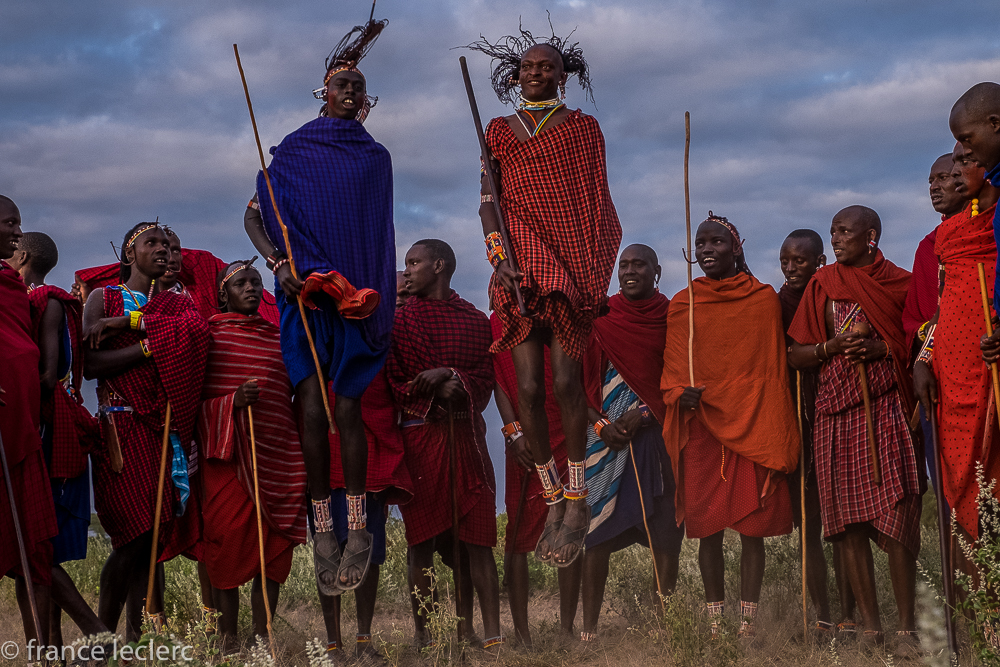 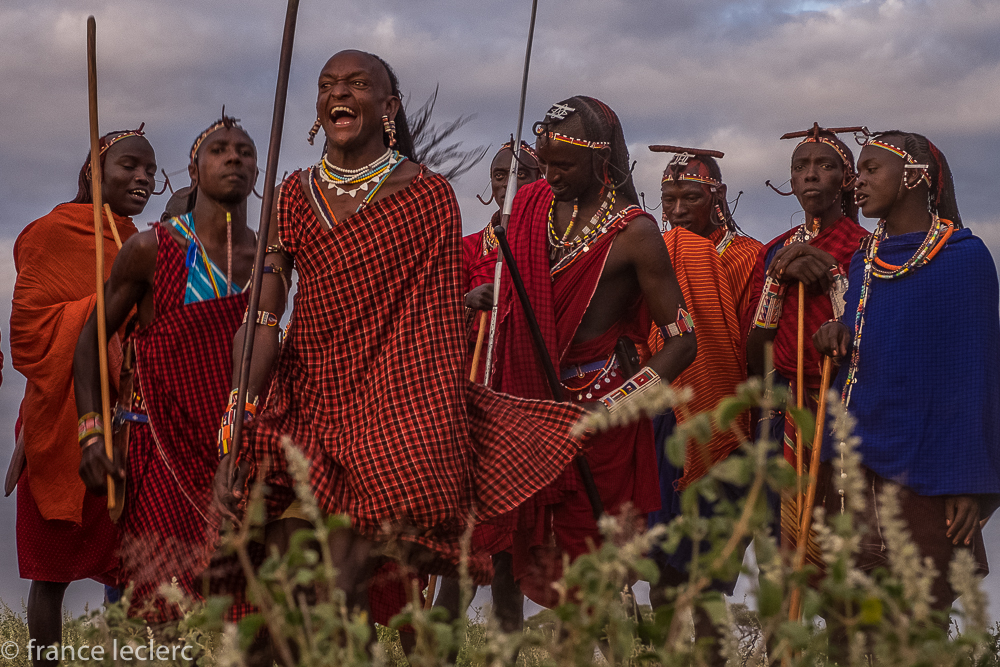 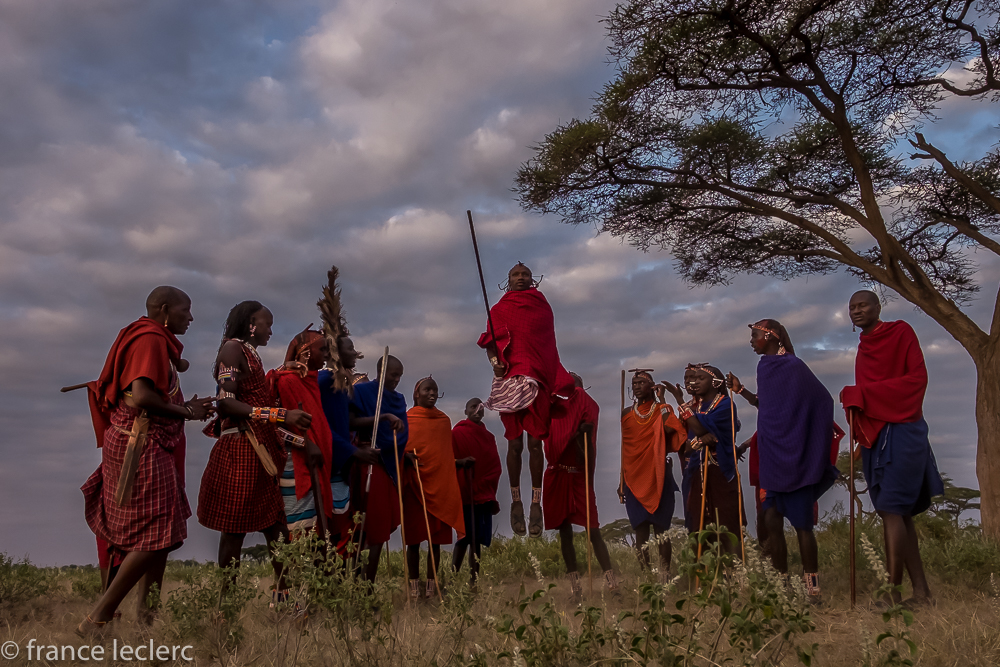 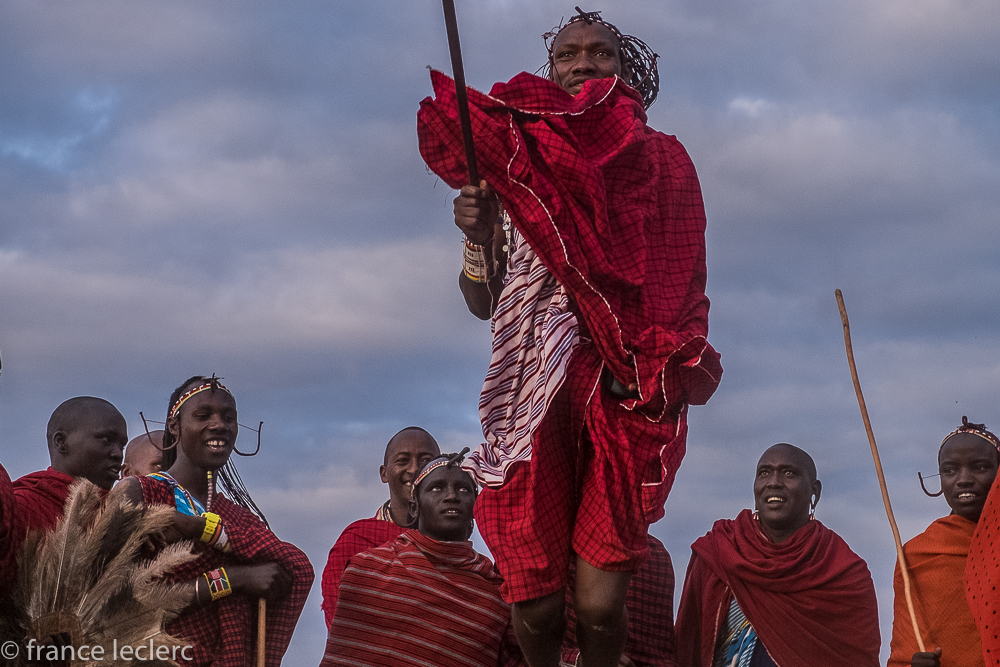 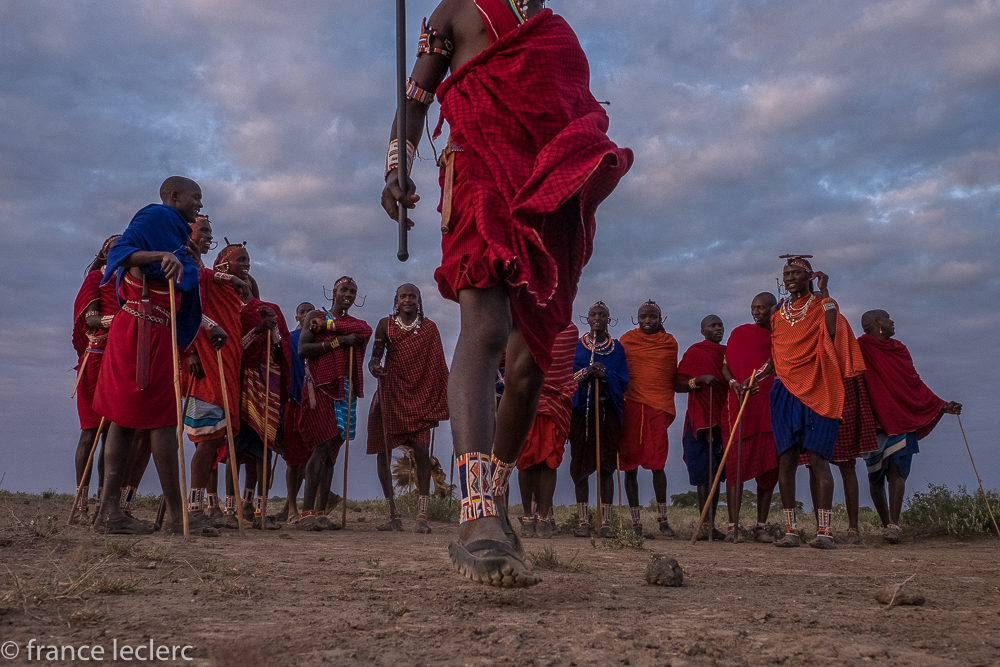 Given that the first date went well, the next day we were invited to the village. We arrived bright and early to find a very tidy village made of identical “houses” enclosed in a fence mostly made of thorned-acacia, a native tree. The houses are arranged in a circle and surrounding an inner “kraal” where goats and sheep are kept for milking. This is where most of the women and young girls were, early morning, as milking the goats is their responsibility. Women are also beautifully dressed and wear various forms of beaded ornaments. And of course, the women will always be willing to sell visitors a beaded bracelet or necklace to bring a little color to the boring attire worn by most westerners, certainly me. 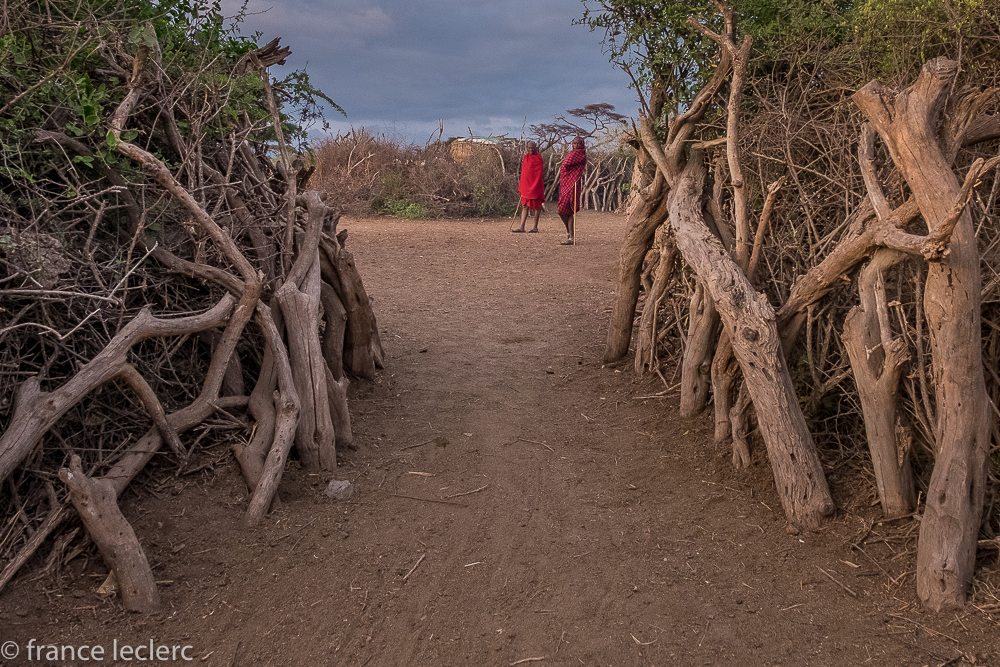 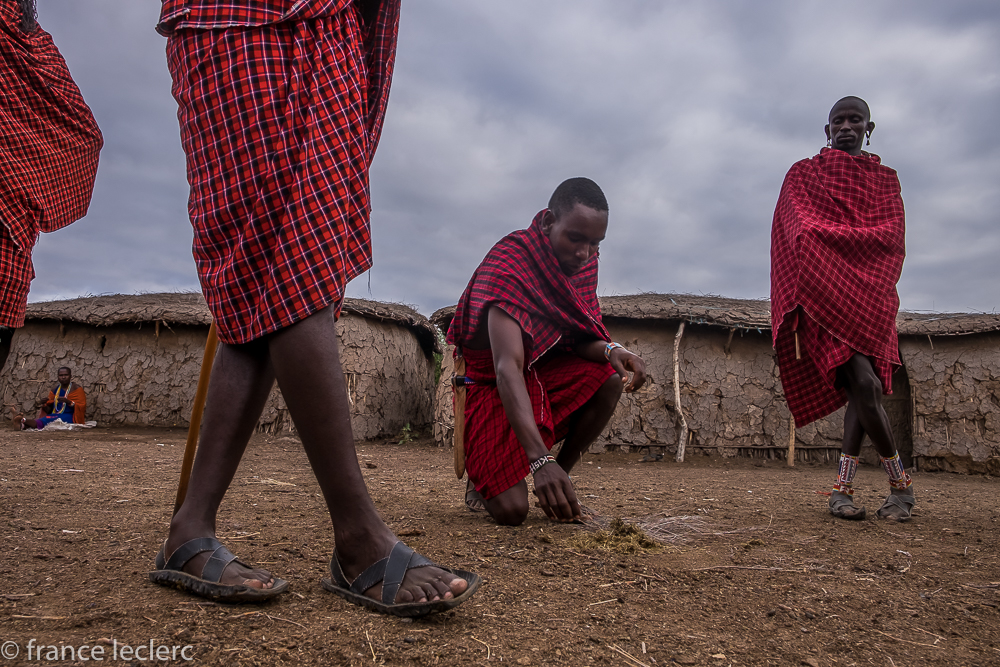 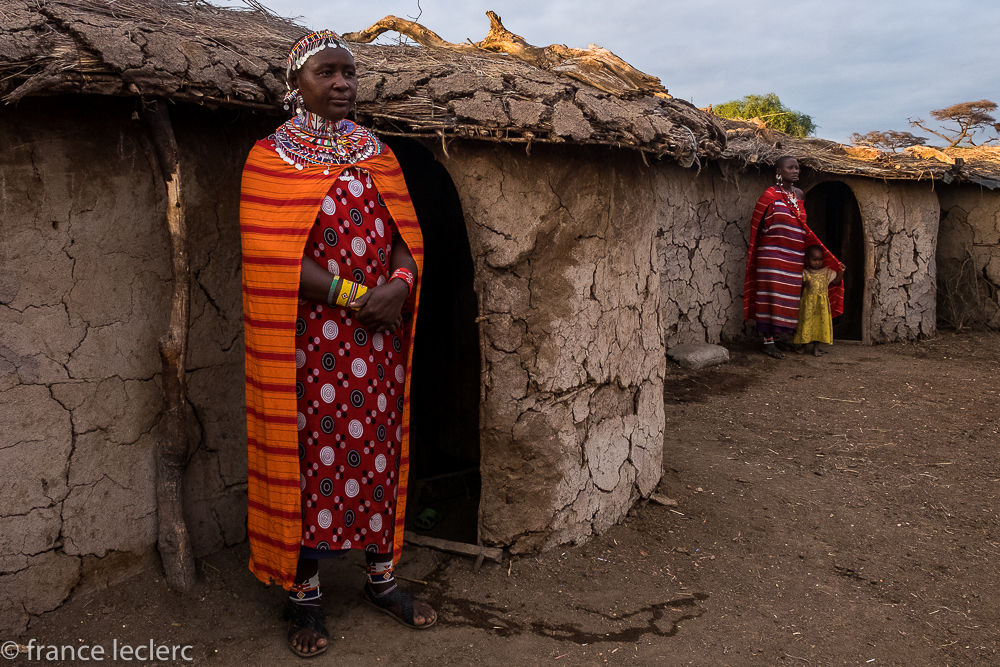 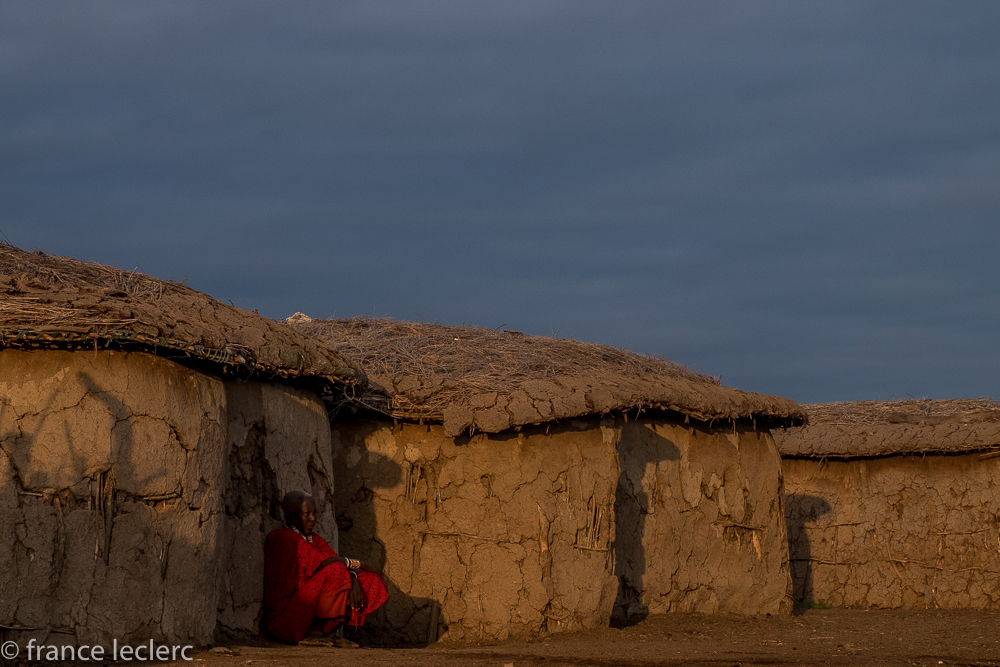 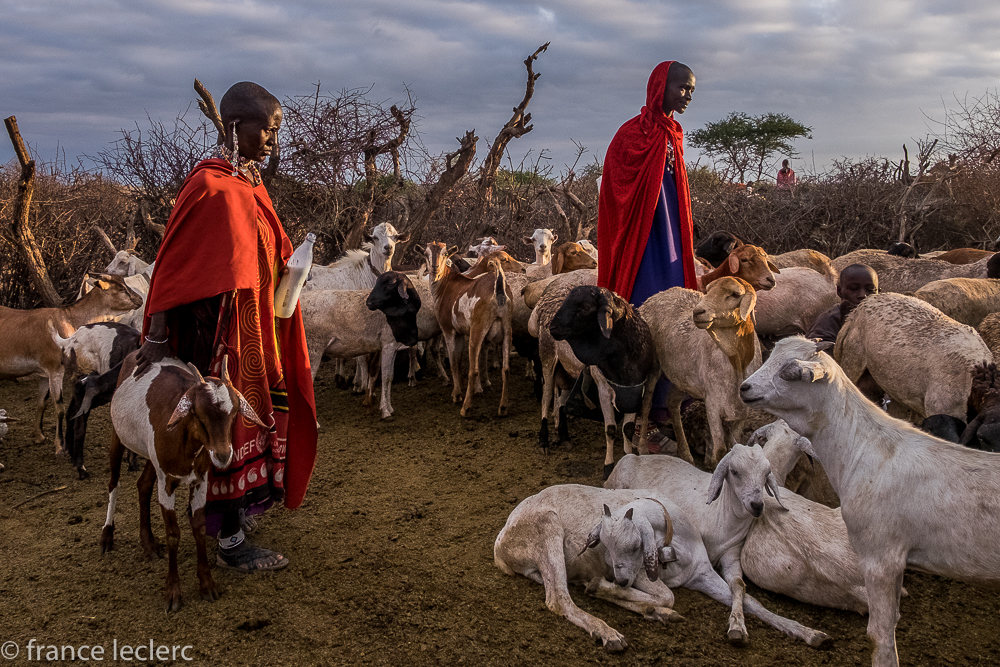 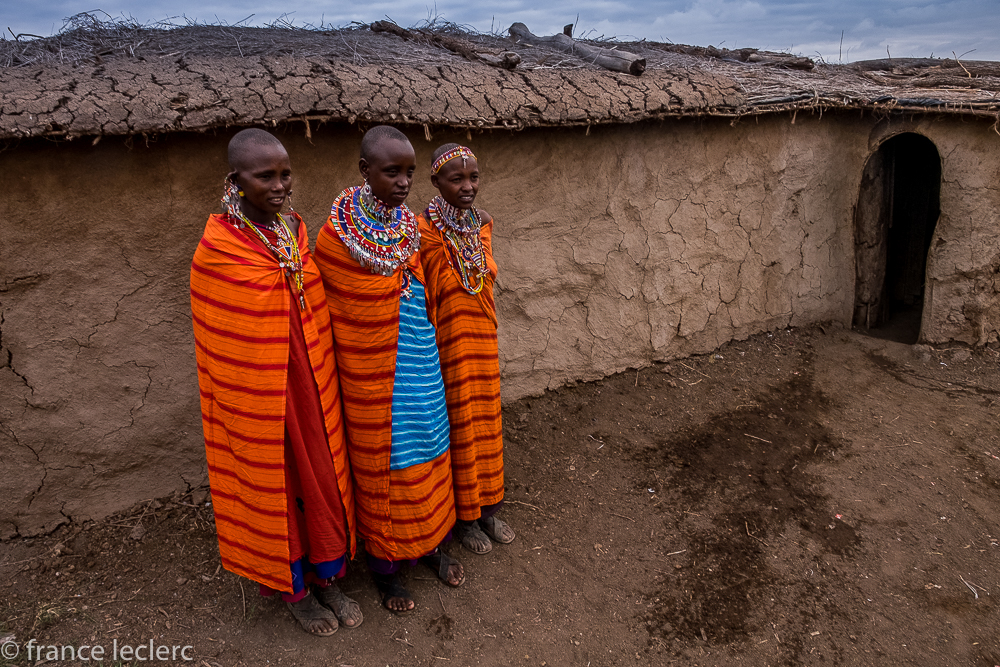 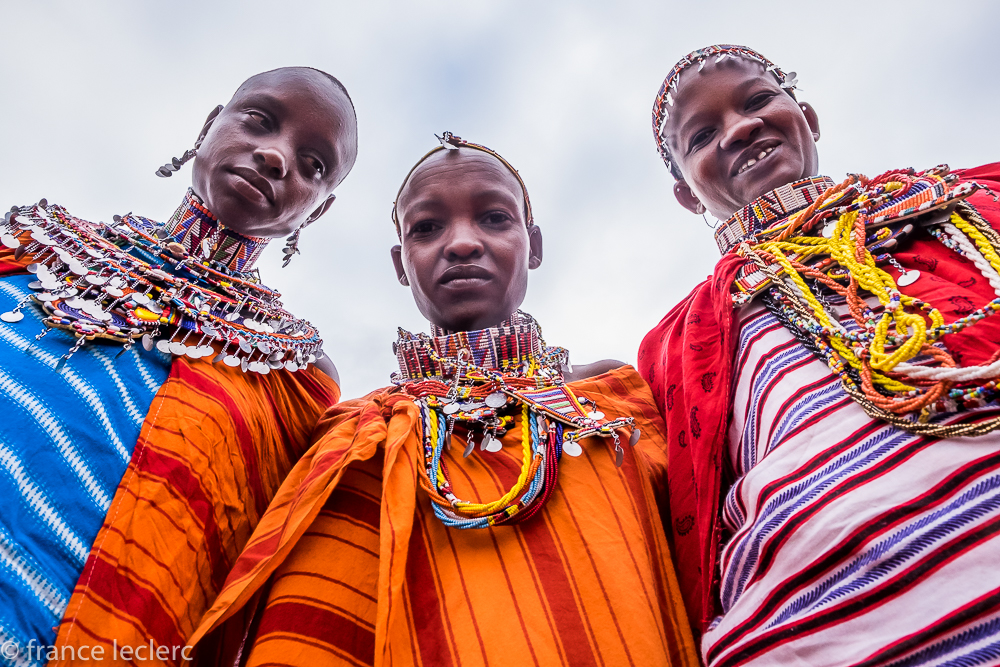 All in all, the Maasai are a fascinating tribal group. They seem to be quite prosperous, are proud of their culture, and are able to monetize it by letting people visit and by selling their handicrafts. Interestingly, many young men who get educated in larger urban centers (including some in the US) decide to return home to live a simpler, somewhat off-the-grid tribal life. Maybe they know something we don’t.