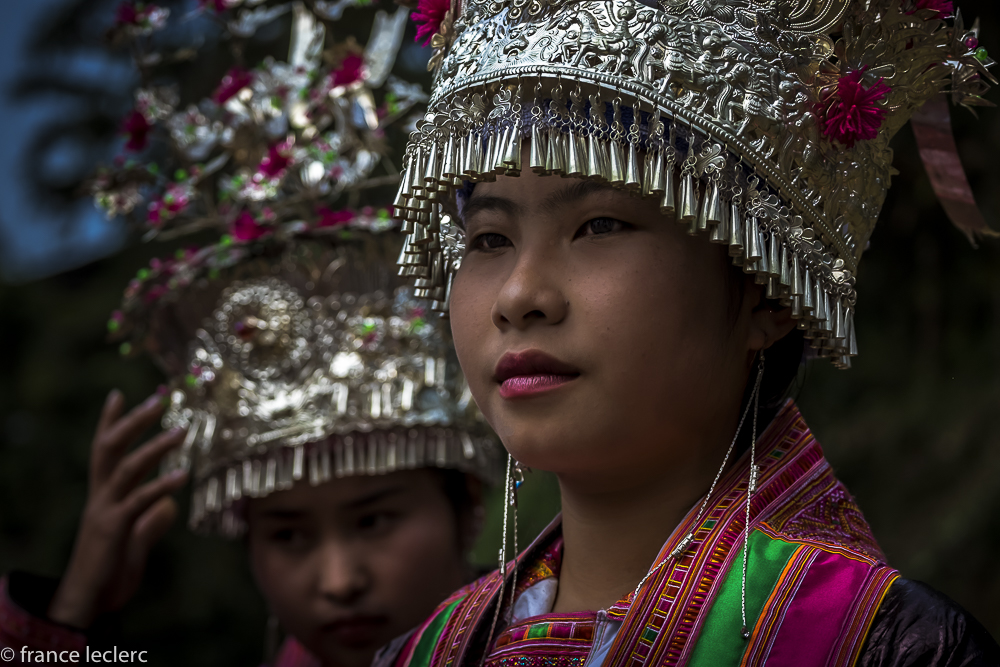 With 92% of the Chinese population belonging to one ethnic group, namely Han Chinese, most people do not think of China as an ethnically diverse country. Yet in a country of 1.4 billion people, the remaining 8% amounts to about 120 million people and according to the Chinese government, the non-Han Chinese belong to 55 different ethnic groups. Apart from the Tibetan (sigh) and the Uygur (sigh again), most of these groups are unknown to Westerners. This last fall, spending time in Guizhou, a province of Southwest China, I had the chance to meet people from the hill tribes of China, many of them from the Miao minority. The Miao is the fifth largest ethnic group in China and about half of the 10 million Miao Chinese live in Guizhou province.

The first thing to clarify about the Miao is that they are neither a homogeneous group nor a natural one. They are in fact a group “made-up” by the Chinese government that consists of a number of different tribes who share cultural, linguistic, or way-of-life characteristics. Most of them had been living in isolated mountain villages, as the roads were barely navigable until the last ten years. Among them are the Hmong who constitute a large proportion of the Miao but again, all Hmong are Miao but not all Miao are Hmong. In fact, there are about …80 different types of Miao. I will not attempt to name all of them but will only say that one of the ways they name themselves (at least in English) seems to be based on some features of their traditional clothing. So there are short-skirt Miao, long-skirt Miao, mini-skirt Miao, hot pants Miao, black Miao, red Miao, white Miao, hundred-bird Miao, long-horn Miao, four-seal Miao…

Chinese ethnic tribes are well known for their beautiful traditional dresses made of exquisite fabric, often indigo, and amazing embroidery. The traditional dresses are still worn at festivals and local ceremonies. My time in Guizhou happened to coincide with a few local festivals held in rather remote villages (one of them took us 7 hours to get to, resulting in an unplanned sleep-over at the house of the village head but that is long story). During the festival, a few of the men play a local reed instrument, the luzhen that all men learn how to play. It is hard to describe the sound made by the luzhen, but it is certainly quite repetitive and stays with you for a long time. If you long to experience it, here is an audio clip.

Young women of marrying age or soon-to-be get dressed in their beautiful embroidered clothes, wear all the silver they own (or some silver metal equivalent), their new sneakers (I guess this is a new addition to the traditional attire) and dance in a circle incredibly slowly for hours on end from early afternoons till dusk, with the luzhen a constant source of accompaniment. The idea is apparently to display their beauty and wealth to the local young men who sit around and watch. Mr. Lee, our always inspired local leader translated the name of the group of Miao we visited as the “Pink-beaded skirted Miao’ though I doubt that this is official.   At one of these festivals, a type of Miao rarely seen, the hundred-bird Miao (I assume because of the feathers at the bottom of their dresses and the beautiful embroidered birds) also appeared briefly. 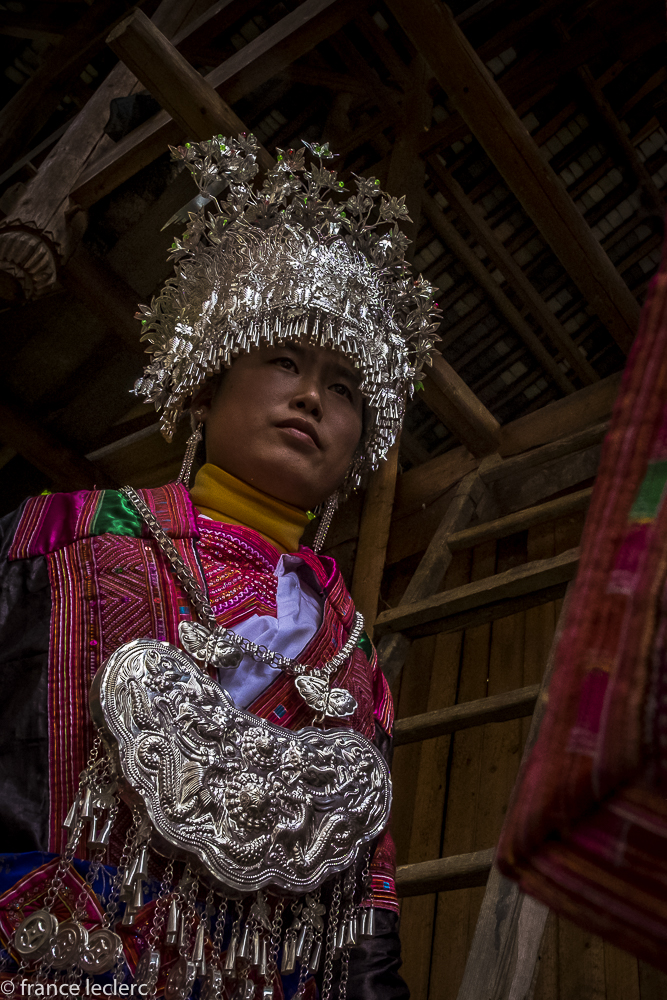 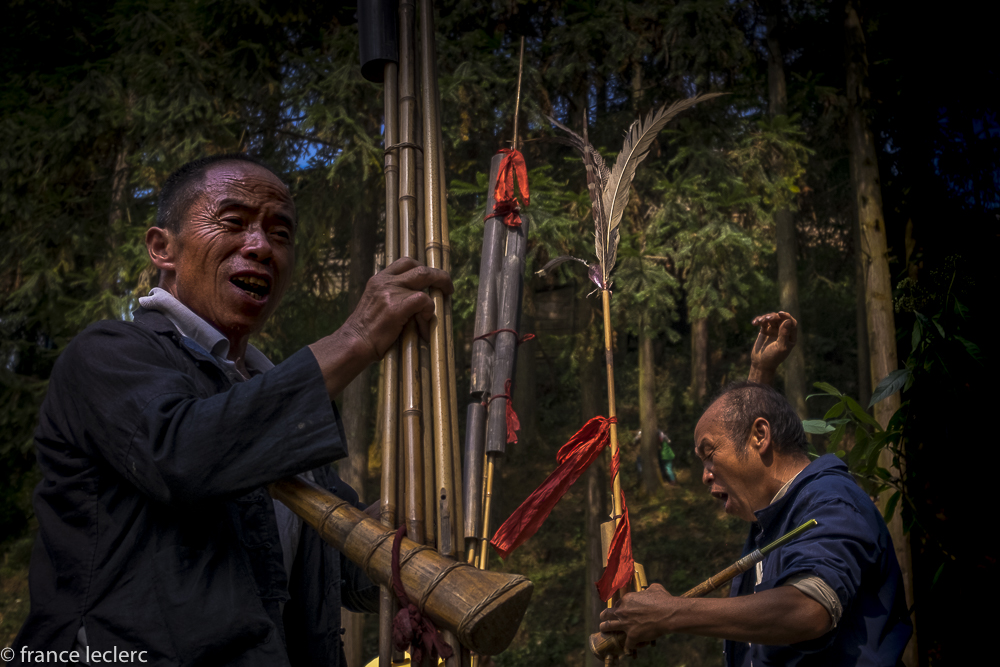 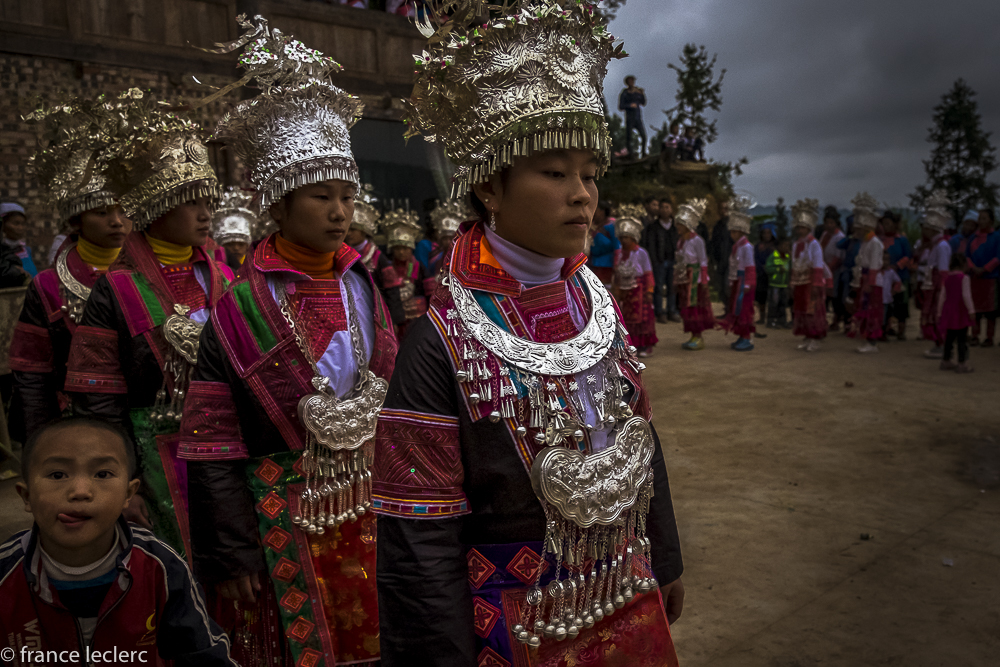 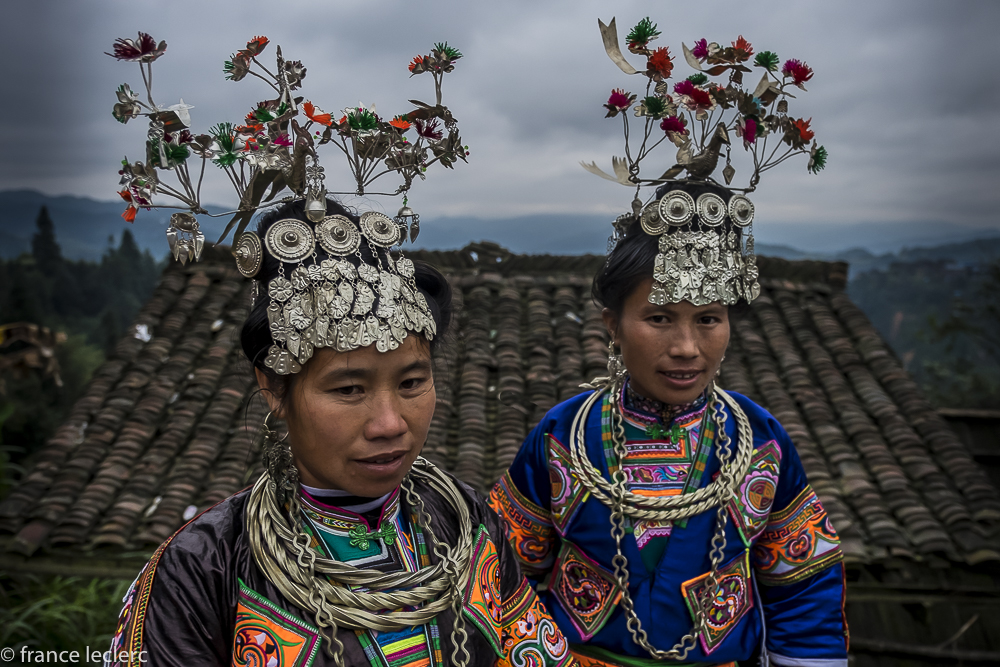 Other clans of Miao and the Dingban Yao are well-known for their rather unique (and quite spectacular) traditional attire. As there were no festivals scheduled for them during our visit, a few women kindly agreed to wear their traditional dress for us. The Long-Horn Miao, as one can guess, use a horn (it used to be an animal horn but it has now been replaced by one made of wood) to construct an elaborate headpiece. The horns are fixed to the women’s real hair, and then a mixture of linen, wool, and ancestral hair is wrapped around it. The hair is then secured to the horn by a white ribbon. 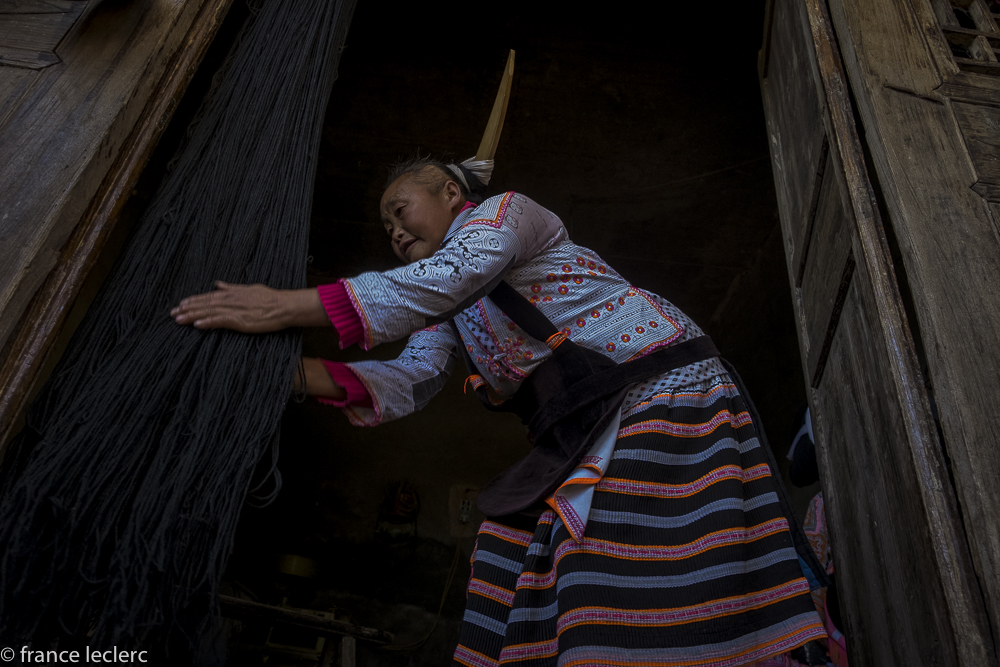 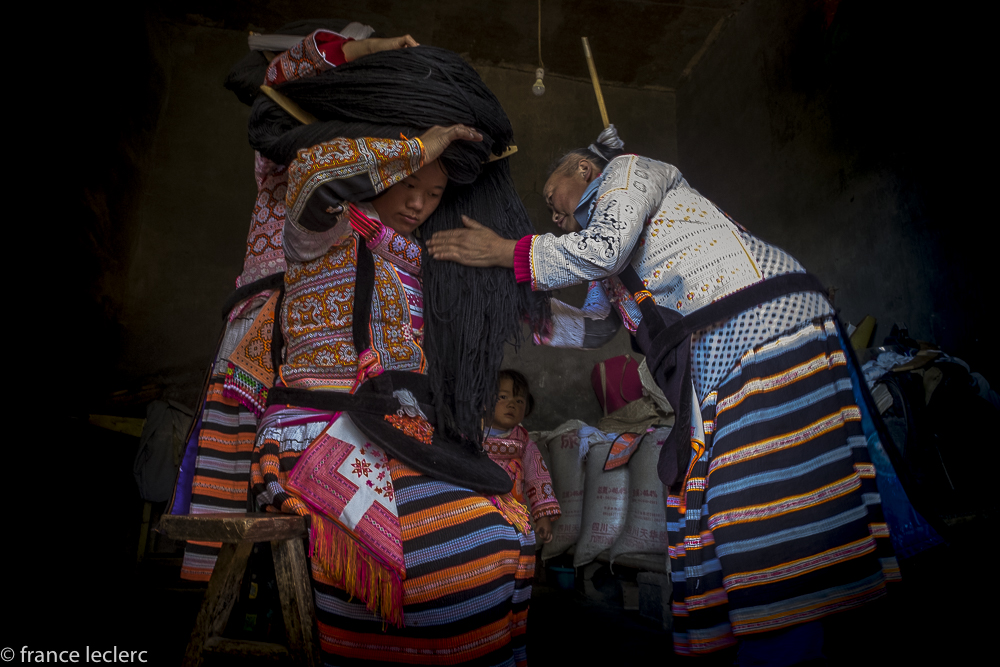 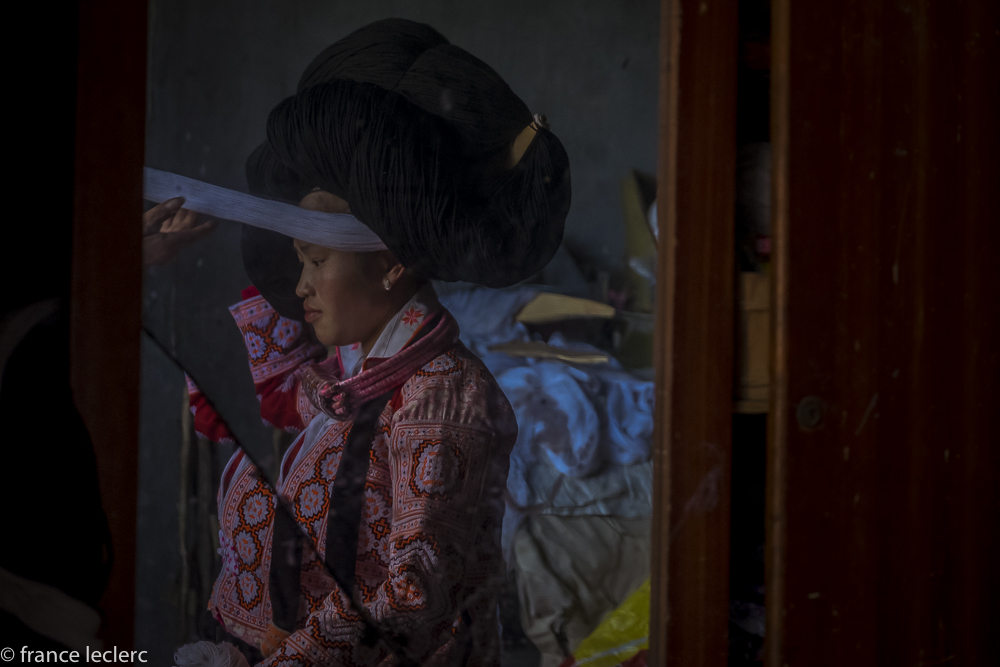 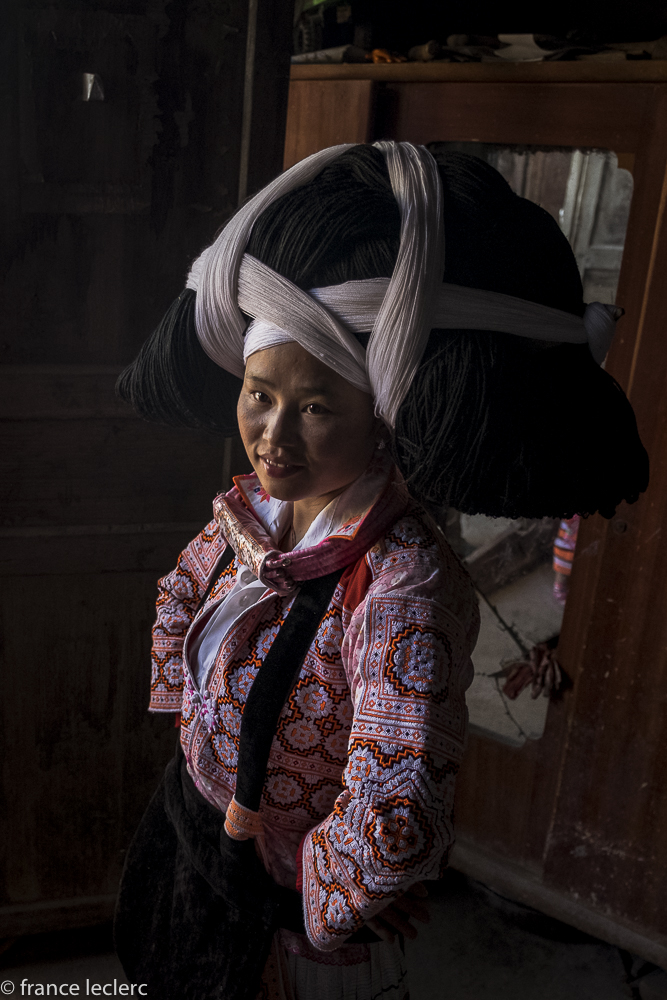 An older, but oh so sweet lady from the four-seal Miao was so excited about showing us her full attire that she insisted on singing and dancing as well and invited one of her friends to join her. When we left, she made sure we had her phone number in case we ever came back, informing us that she did not need ours as she did not know how to initiate a call but she knew how to answer. 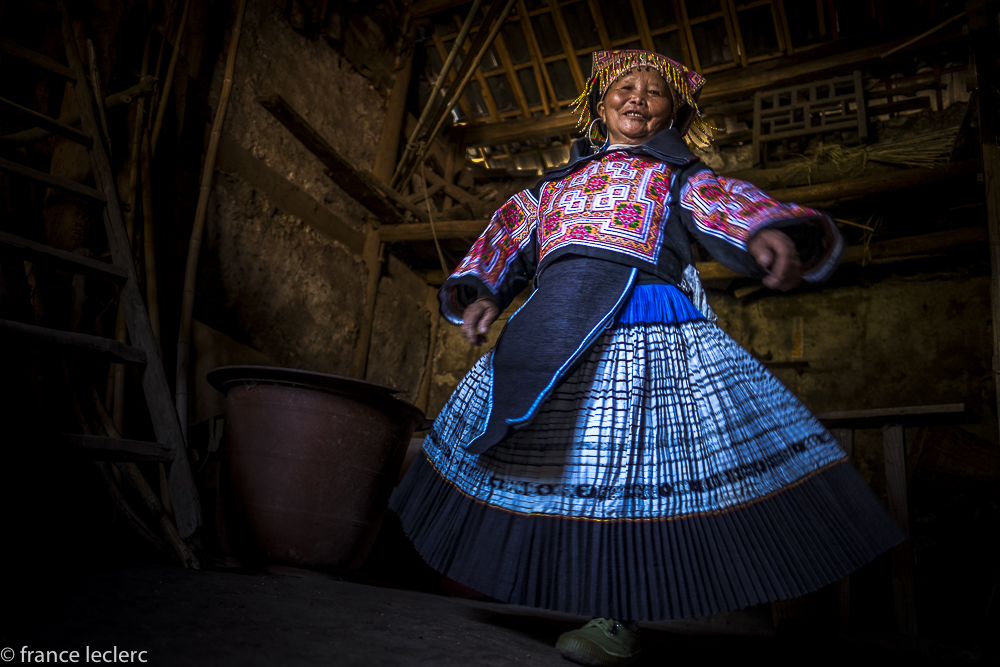 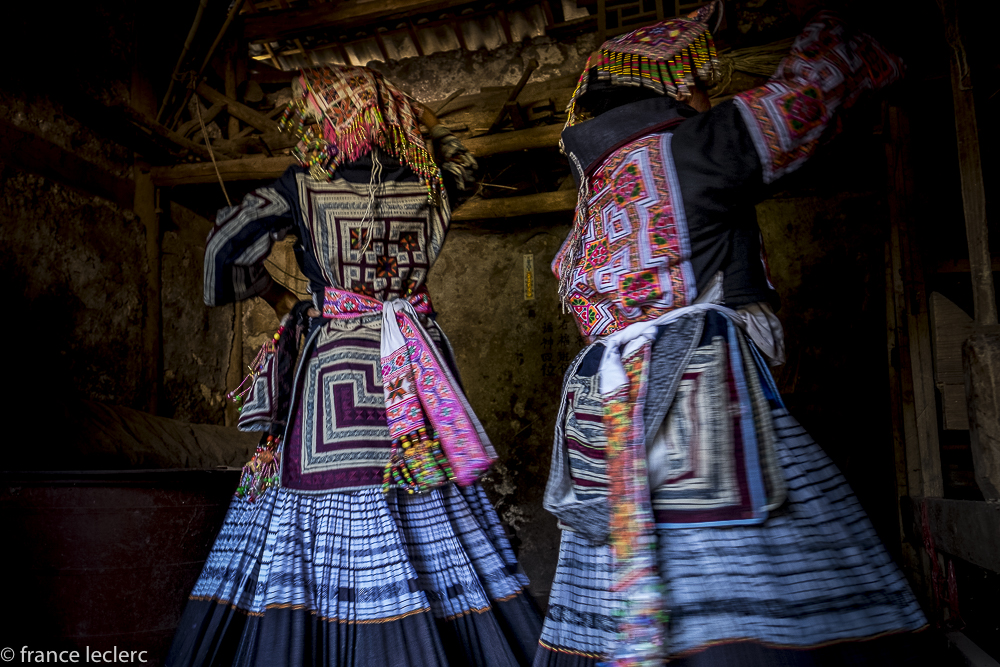 The Dingban Yao women also wear an impressive headdress made of a large bamboo structure shaped like a triangle that is then decorated with strings of ribbons and beads. 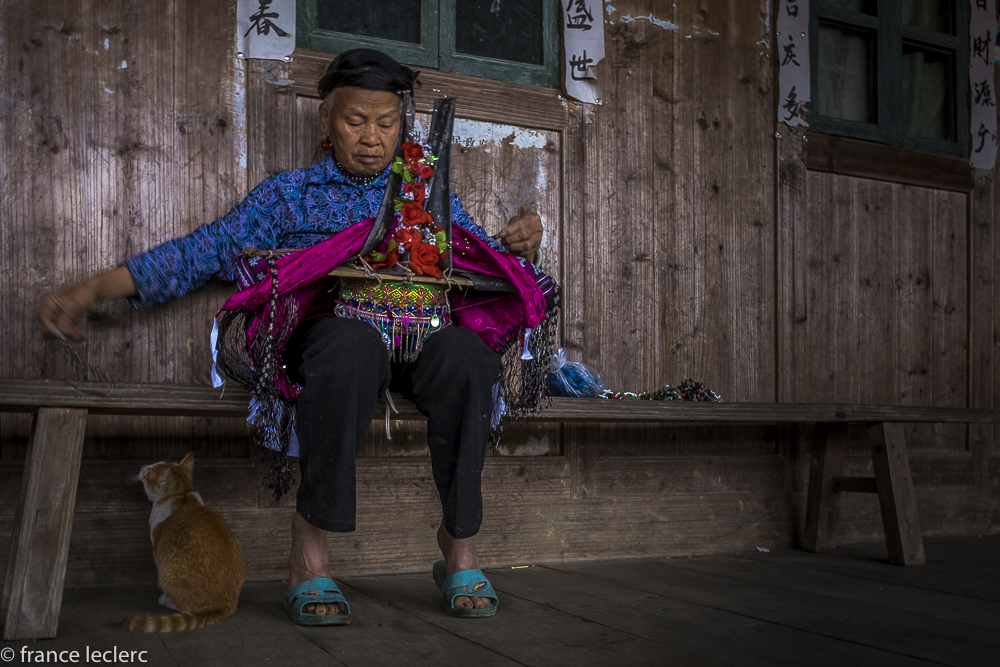 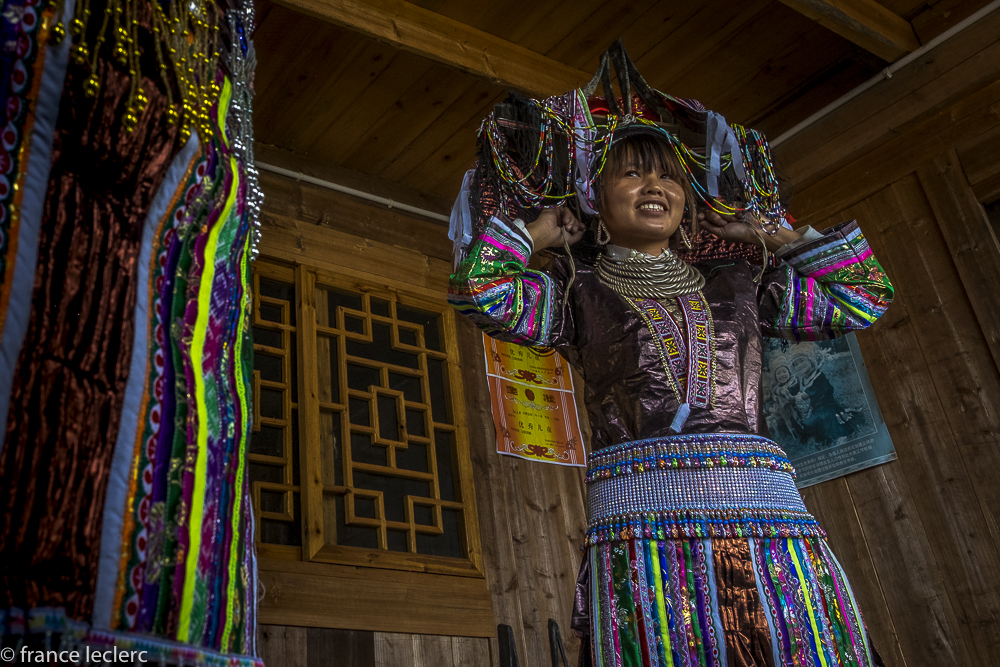 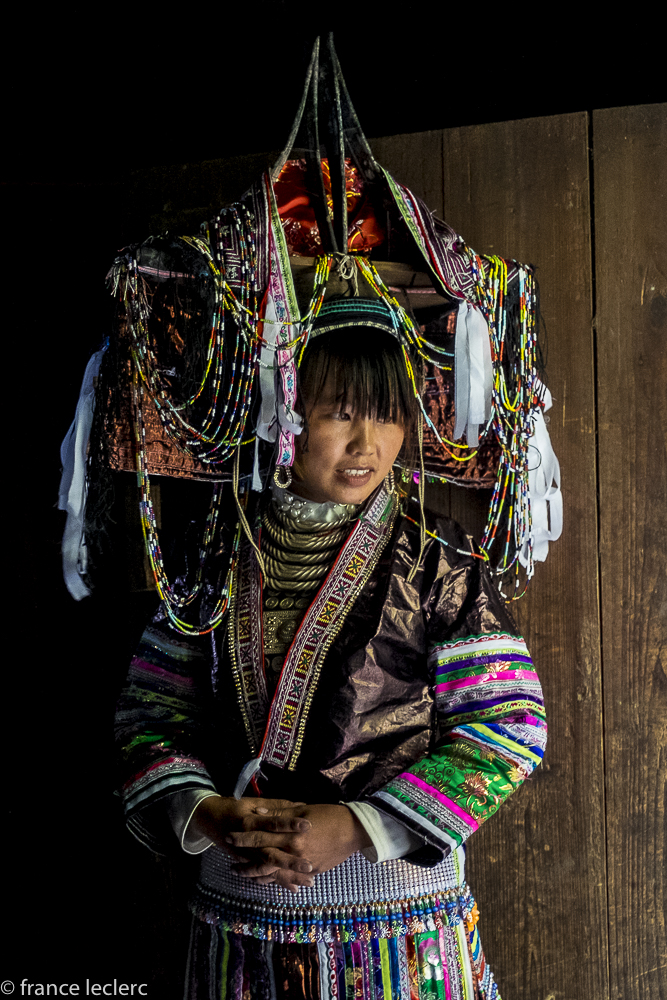 Well, there are still more than 70 branches of the Miao clan that I have not seen. Clearly I need to get busy.

Facebook-f
Twitter
Instagram
PrevPreviousSoaring as High as Kites in Bali
NextIndigo, a Kind of Blue in GuizhouNext