The Other Refugee Crisis: Cubans in Costa Rica 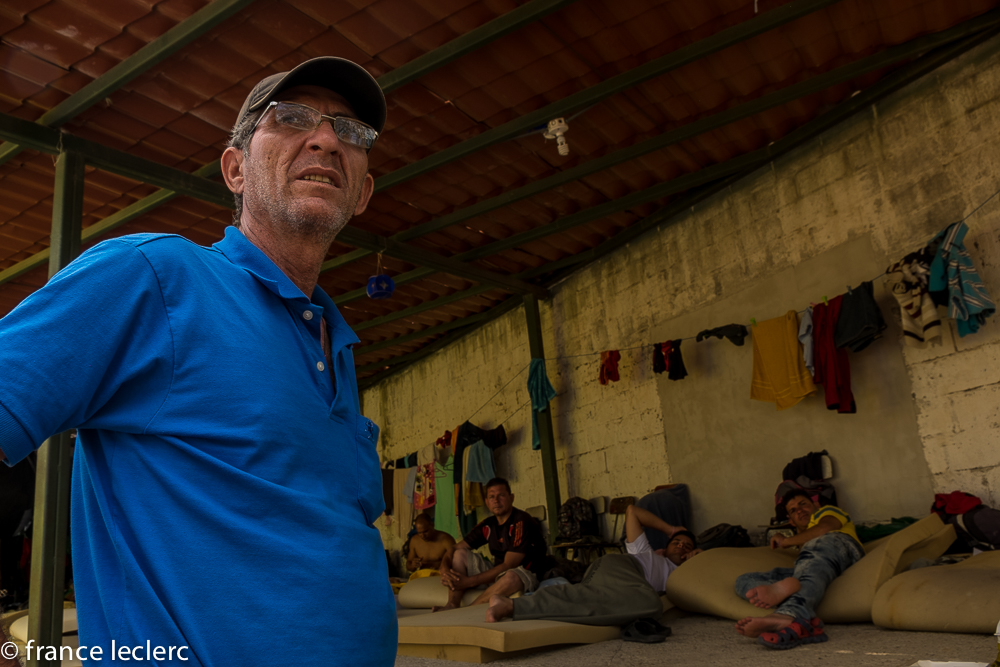 I just arrived in Northwest Costa Rica for a short vacation hoping to photograph at most one or two monkeys and if lucky an elusive sloth. However, on the way from the airport to my hotel, I learned that the Costa Rican government currently has a migrant crisis of its own that has not received as much press coverage as the one in Europe. Thousands of Cubans hoping to emigrate to the US via Ecuador have been stranded in Costa Rica since November 14 when the Nicaraguan government decided to close their border with Costa Rica to Cubans, preventing them from continuing their journey further North. As was described in an editorial of the NYT earlier this week (http://www.nytimes.com/2015/12/21/opinion/a-new-cuban-exodus.html), these Cubans have decided to attempt this long journey to the US now because of “the hopelessness at home and the fear that the unique treatment Cuban immigrants receive from Washington could end” given the recent thaw in Cuban American relation.

So the sloth and the monkeys (and my husband) will have to wait a little longer. Today I went to La Cruz, a small town about 20 kilometers from the Nicaraguan border where the Cubans have been staying since the border shutdown. It is heart wrenching. Every story I heard was tragic. I am told that over seven thousand Cubans (and still more arriving every day) are now in La Cruz, a large group of them living around the church premises, many of them in shelters made of plastic sheets. They have been in La Cruz for over 45 days with nothing to do other than waiting, not knowing what is in the cards for them, sitting or lying down on the foam mattress that were giving to each of them in what is now their home. Two couples told me about attempting to cross into Nicaragua illegally in desperation, only to end up being caught and sent back to Costa Rica with their money taken. One of the wives was sobbing uncontrollably as they were telling me the story.

Still people tried to keep up hope and go on with daily activities to keep a semblance of normality. The shelter gets cleaned by a group of Cuban women daily; men are getting their hair cut; and children are trying to study or play with whatever they can find. I also noticed that, though many Cubans are not religious, many of them wear a rosary that has been given to them by the church, maybe a sign of their hopelessness. Of course this is just one more human tragedy among many others. Somehow the fact that I was in Cuba exactly a year ago (A New Day In Cuba, Making Friends in Cuba) makes this particularly upsetting to me as I met people from some of the villages I visited at that time: Camaguey, Holguin, Santiago, and of course Havana. A man with a white beard explained to me that he used to be a Hemingway impersonator for tourists in Havana. I may well have seen him there.

I understand that this is not an easy situation politically but it is one that I hope will be resolved quickly. Let’s hope for a  miracle. It’s the season!

Cuban migrants stranded in La Cruz, Costa Rica after the Nicaraguan government denied them access, preventing them for pursuing their journey further North. 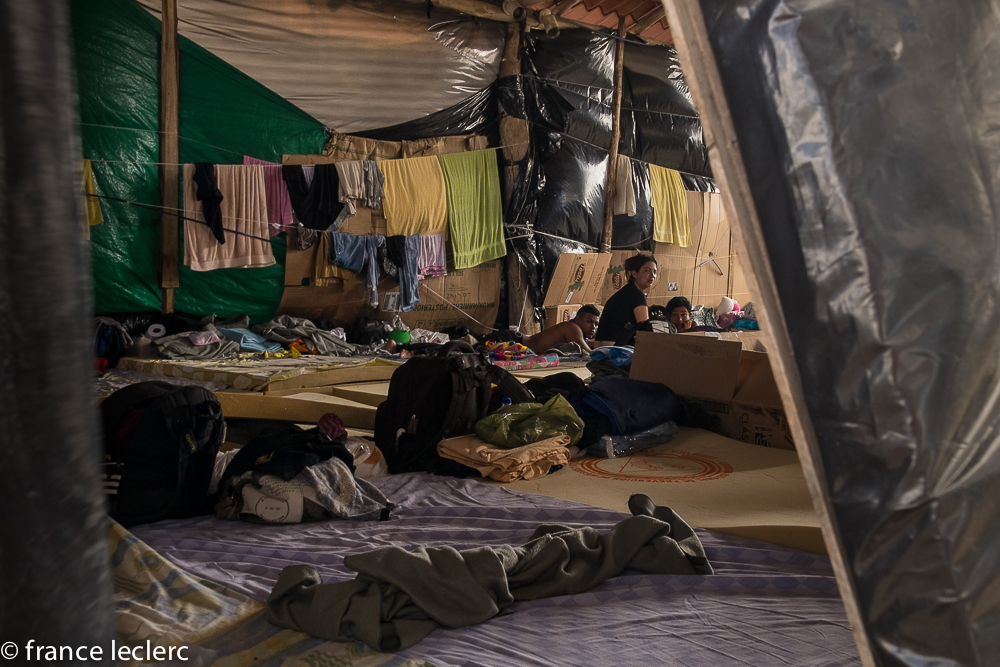 Make-shift shelters have been erected to house the thousands of Cuban migrants stranded in La Cruz, Costa Rica. 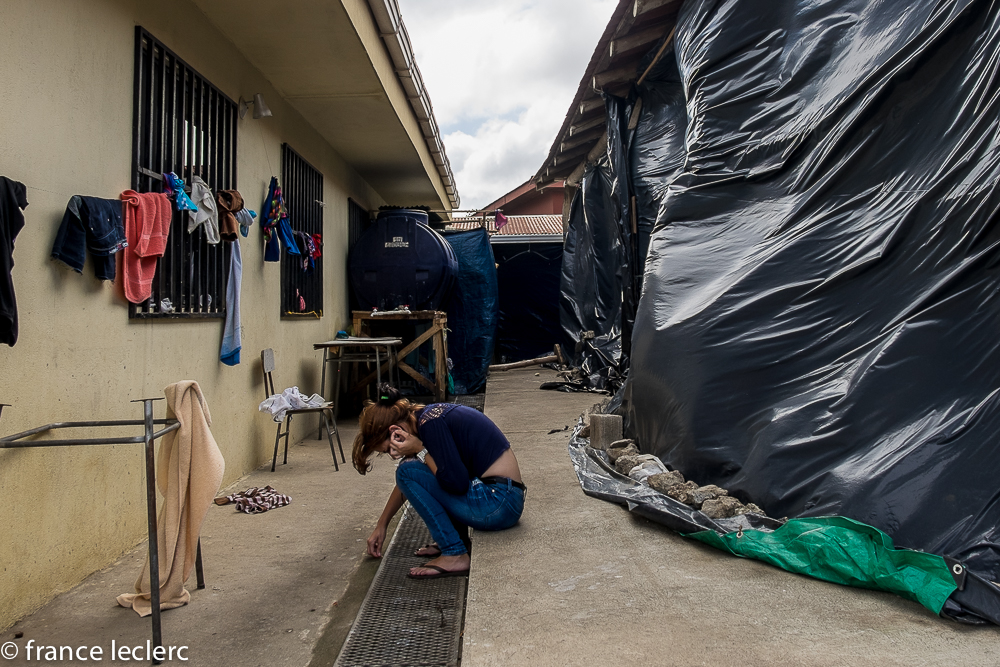 Some of the shelters housing the Cuban migrants are made of huge plastic sheets. 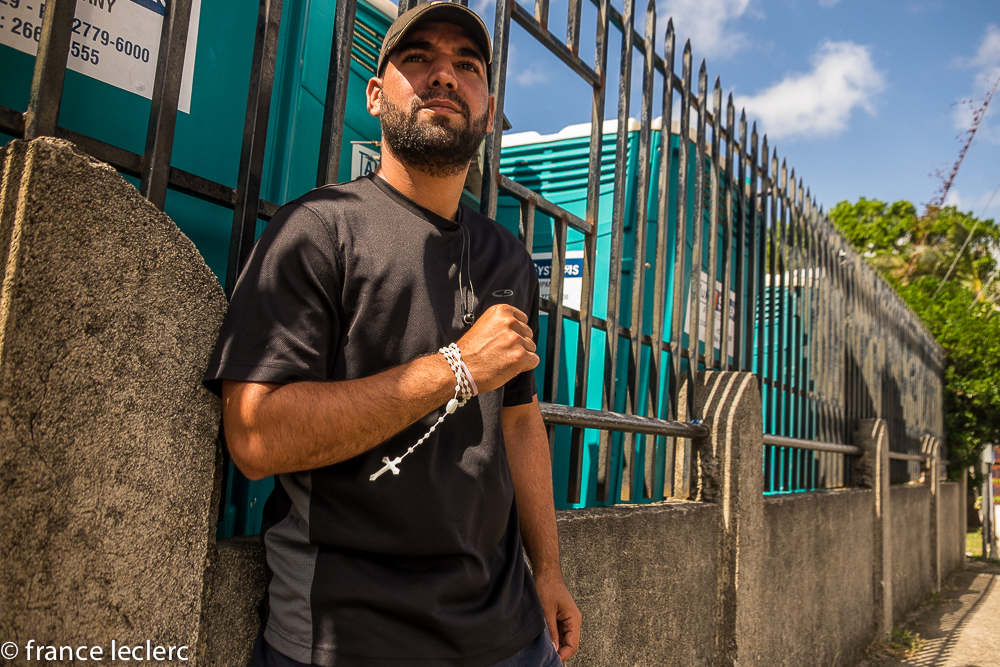 This young Cuban  has been waiting for over a month and a half in La Cruz, Costa Rica with many fellow Cubans. 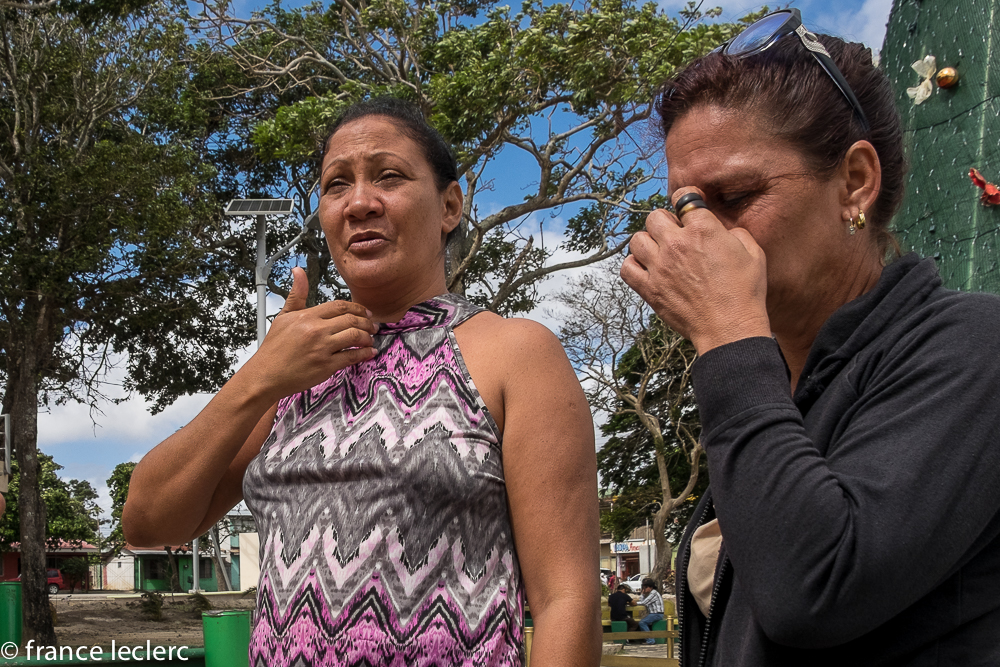 These two women and their families have attempted to cross the Nicaraguan border multiple times only to be sent back to Costa Rica. 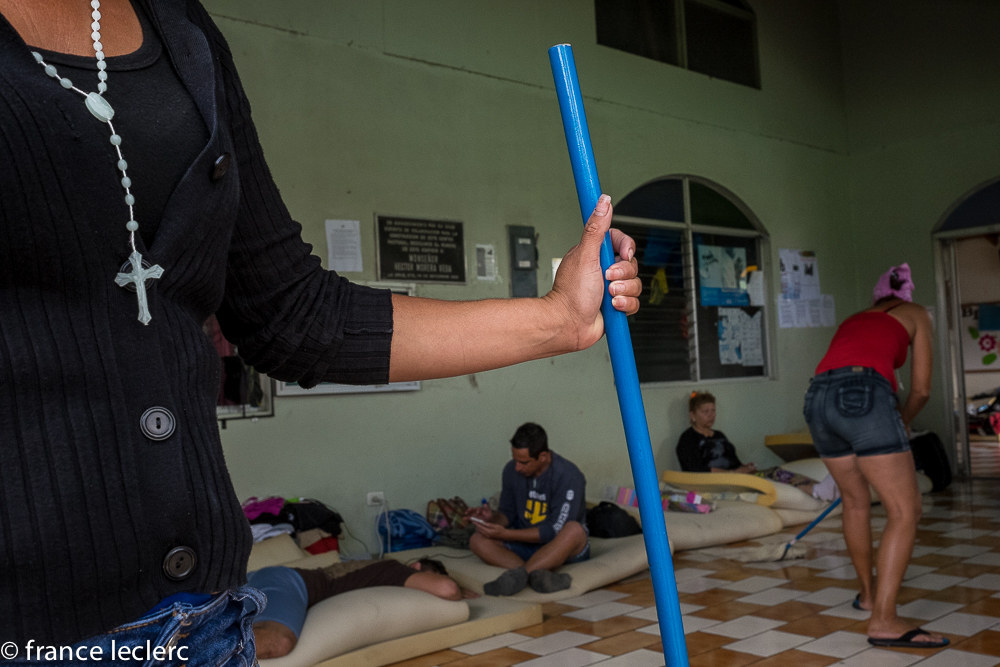 Cuban women have organized a thorough cleaning system to keep the shelters at their best. 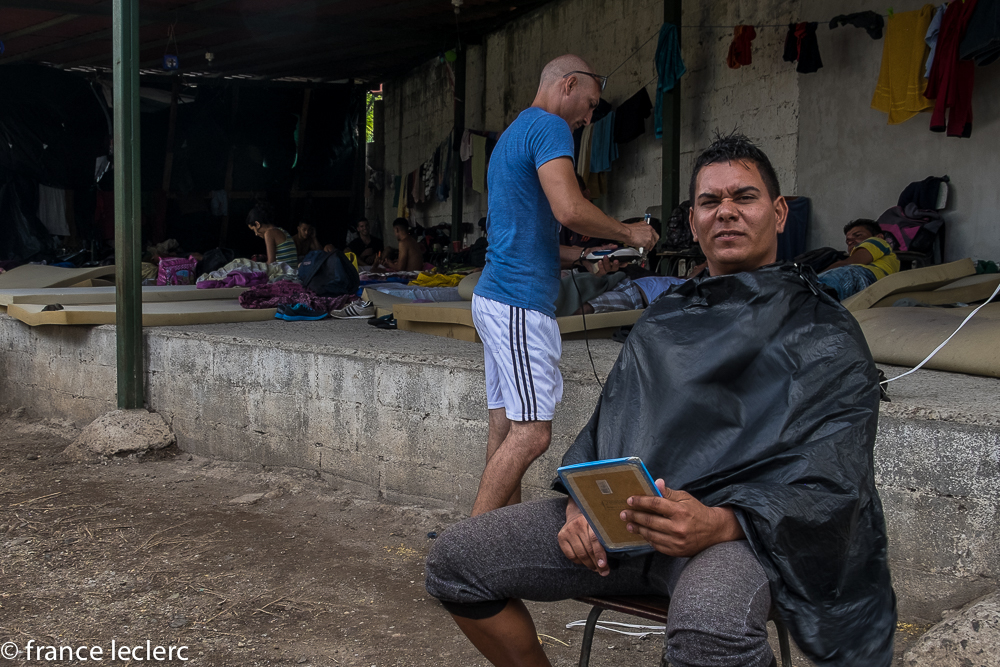 A Cuban barber has found customers among the stranded migrants. 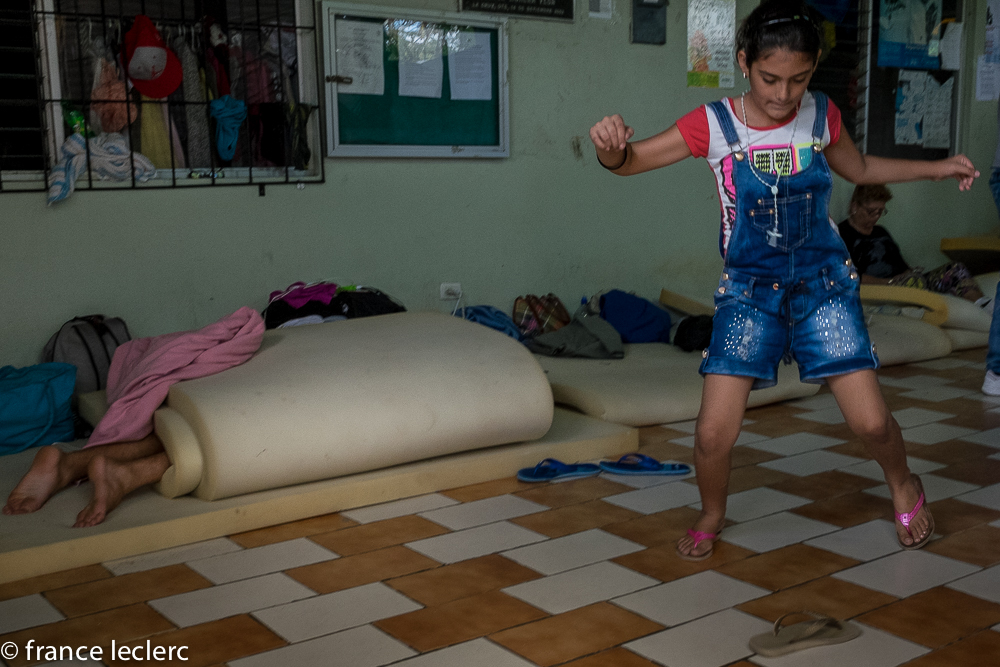 This young girl plays with an old beach shoe to keep herself busy. 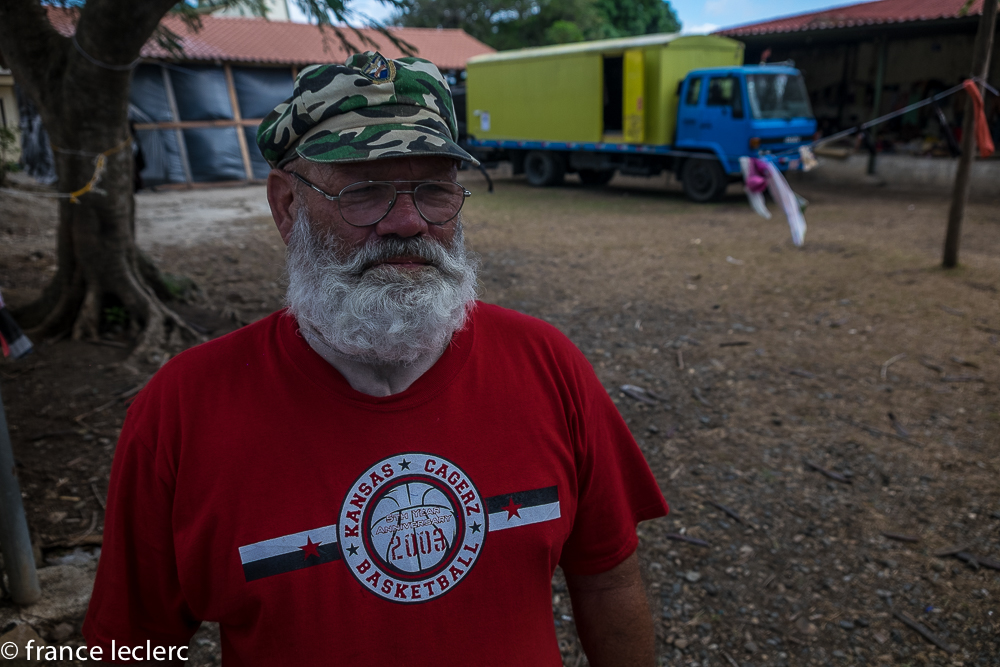 This man used to work as an impersonator of Ernest Hemingway in Old Havana. He is now hoping to live in Hemingway’s home country. 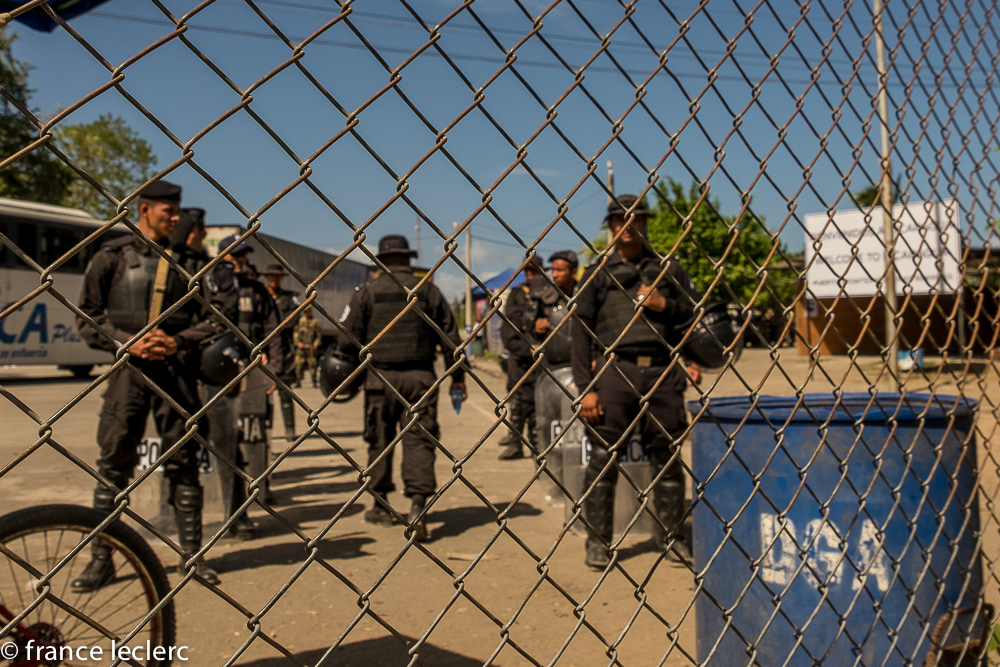 Riot police have been added to the Nicaraguan border. 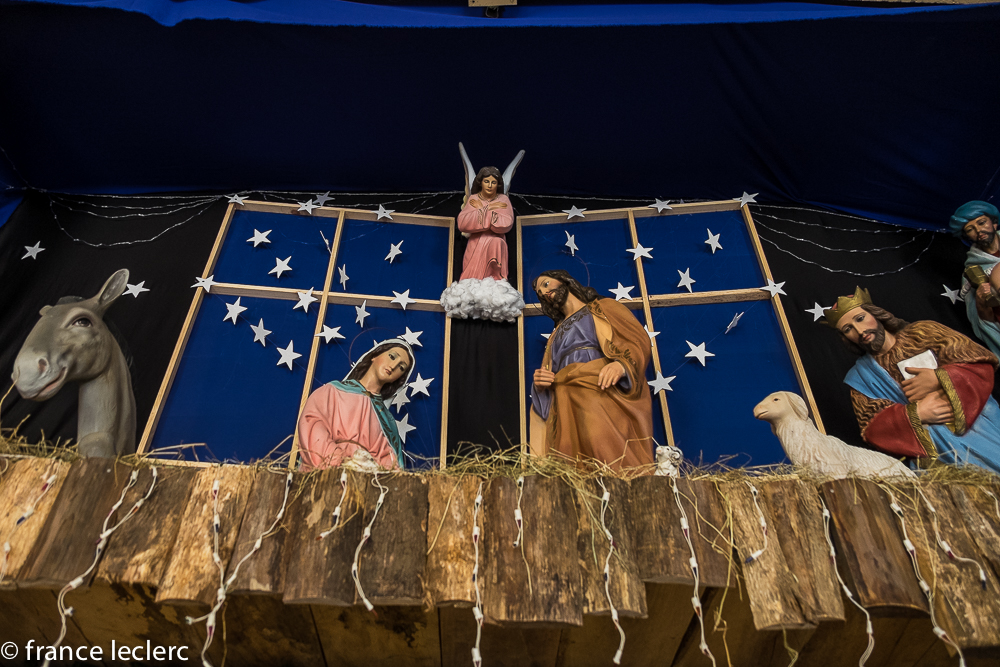 Nativity scene at the La Cruz church in Costa Rica. La Cruz is the town where thousands of Cuban migrants are now stranded.