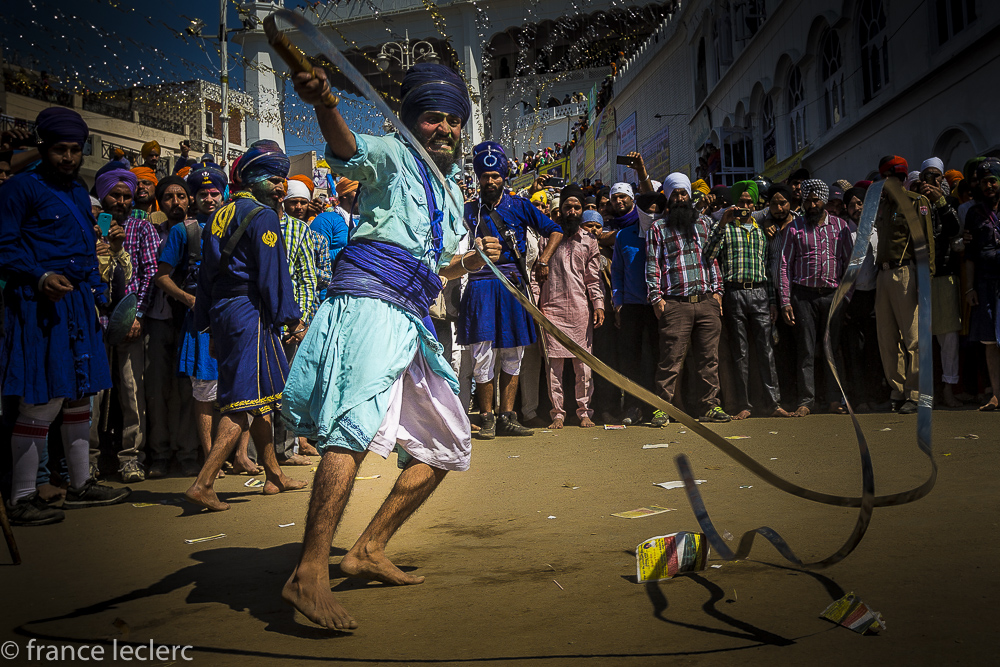 After seeing the serene setting of the Golden Temple in Amritsar, one would think of the Sikhs as a meditative peaceful people and they are. But there is another side to them that plays an important role in their history, their reputation as fierce warriors. This tradition is clearly demonstrated at their festival, Hola Mohalla. Held yearly in Anand Pursahib the day after Holi, the festival is an occasion for the Sikhs, and particularly for the Nihangs, a fearless Sikh military order, to demonstrate their impressive martial art skills, mastery of highly unusual weaponry, and horseback-riding prowess.

The Nihangs, also called Alkalis, form the army established by the tenth Sikh Guru, Guru Gobind Singh, more than 300 years ago. Often referred to as “the eternal army”, this order is particularly famous for its many military victories, often won in spite of being heavily out-numbered. Today, while the order is primarily ceremonial, the Nihangs are duty-bound to defend their people and faith in times of war. Members of the order are accorded great respect and affection among the Sikh community.

The Nihangs’s attire is quite distinctive. Wearing robes of a striking blue, often with accents of yellow and orange, they favor a conical blue turban. Some of them wear very high ones using up to 160 meters of material. I am not sure whether the height of the turban (called dastar bunga or towering fortress) is a sign of greater status or greater achievement in the order, but the Nihangs who wear them certainly seem to get greater respect from their peers. These turbans are outfitted with ornamental but deadly ornaments, like chakrams, circles of steel with sharpened outer-edge, and trishulas (tridents), which can be used for stabbing in close-quarters. Though the purpose of the high turban seems to be a way for the Nihangs to store their expansive range of weapons, there is an amusing anecdote as to how this tradition came to be. Apparently, Guru Gobind Singh’s three sons were displaying their battle skills when the youngest one was told that he was too small to be part of the game. Frustrated, he went back to his room and put on a blue dress and made the highest turban he could. He then went back outside and declared: “Now I don’t look small”. His father, very impressed by how handsome his youngest son looked, proclaimed that this would be the uniform of his “beloved army”.

As we arrived at Anand Pursahib, the Sikhs’ holiest site after the Golden Temple, it is clear that the town has already been invaded by thousands of festivalgoers. There is a fair-like atmosphere with vendors all along the streets and the main gurdwara beautifully decorated for the occasion. 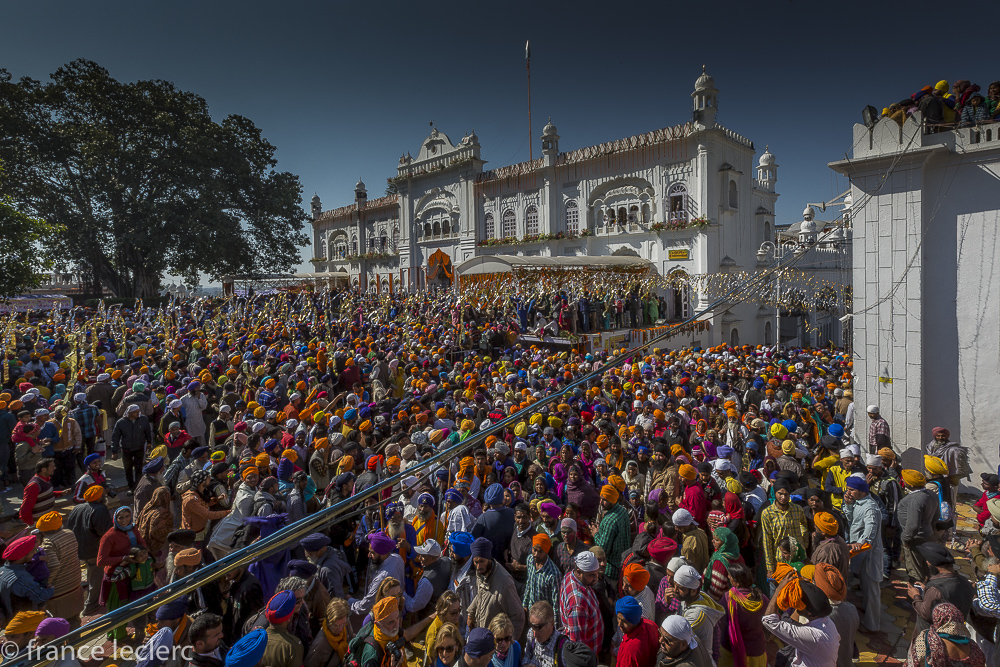 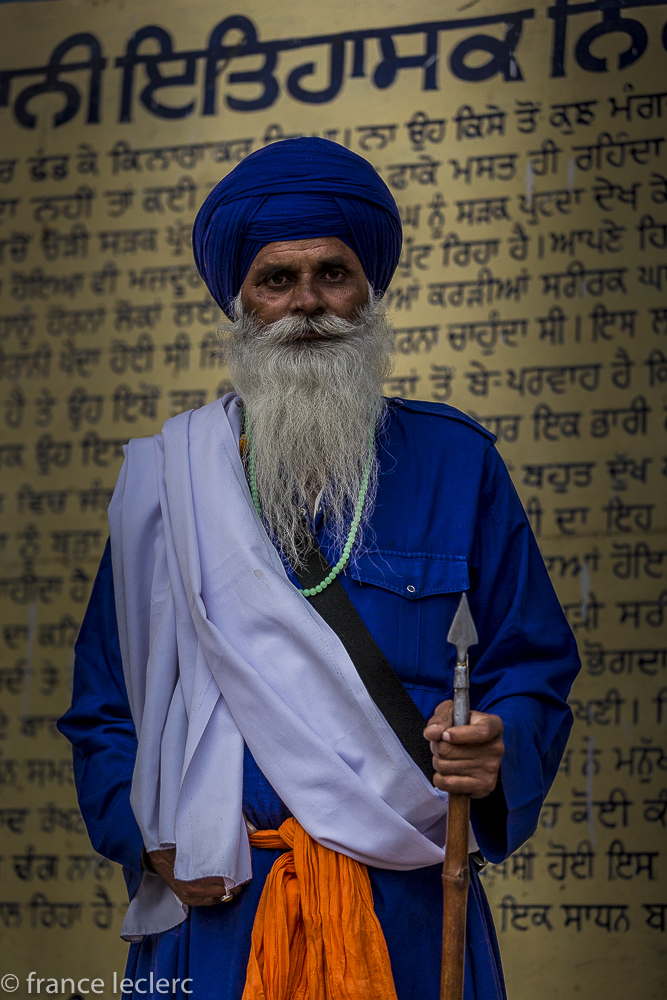 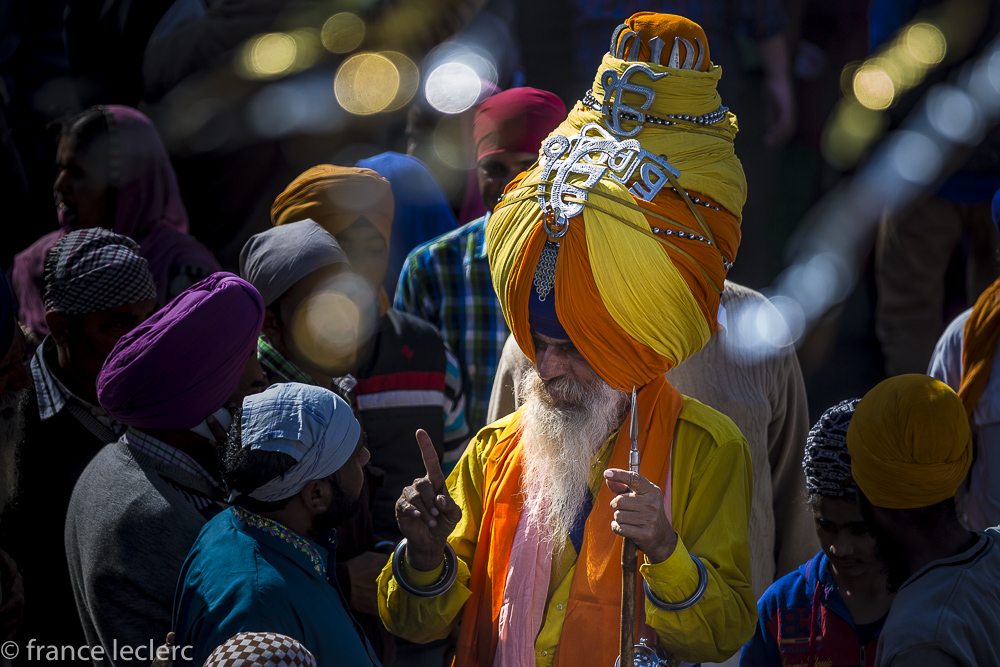 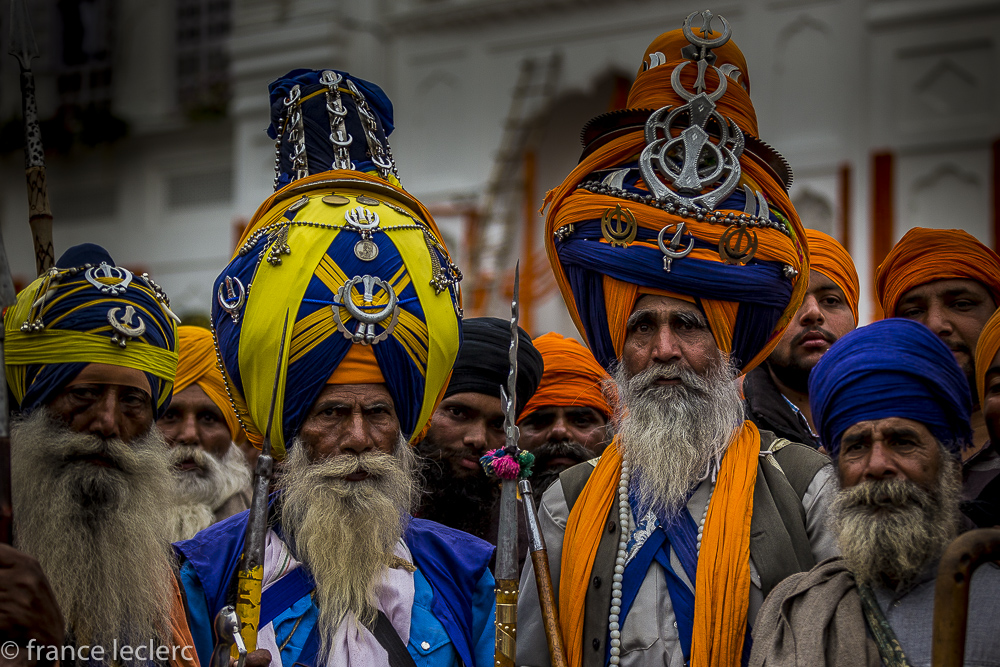 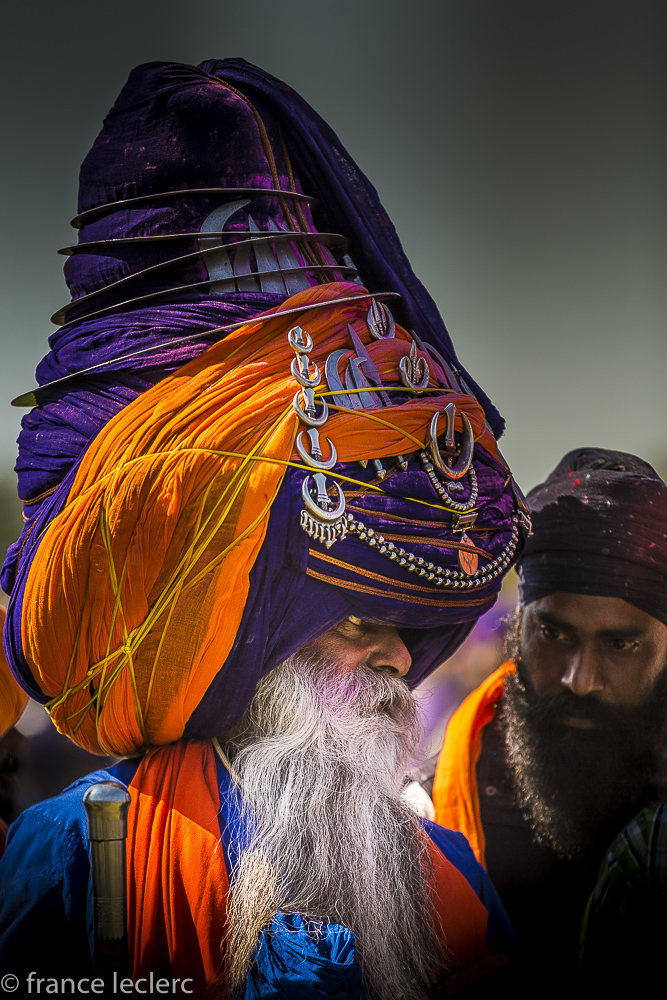 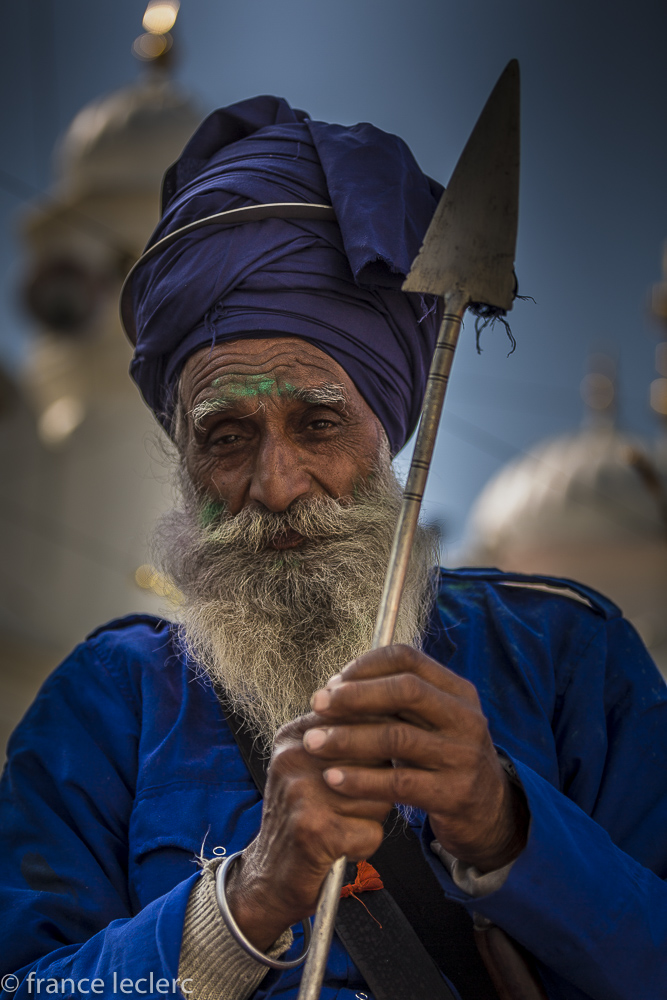 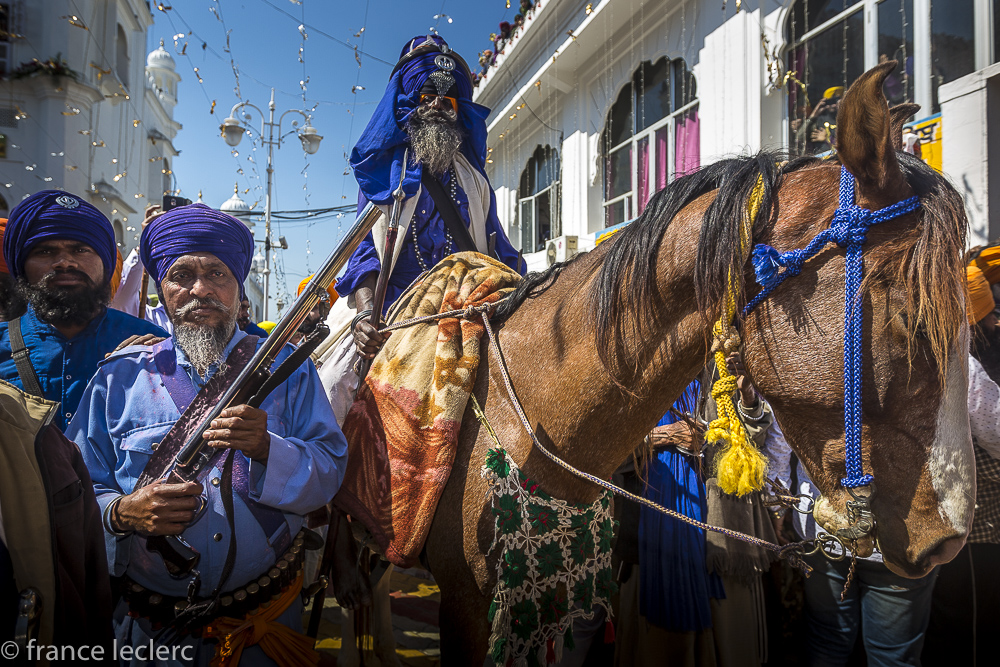 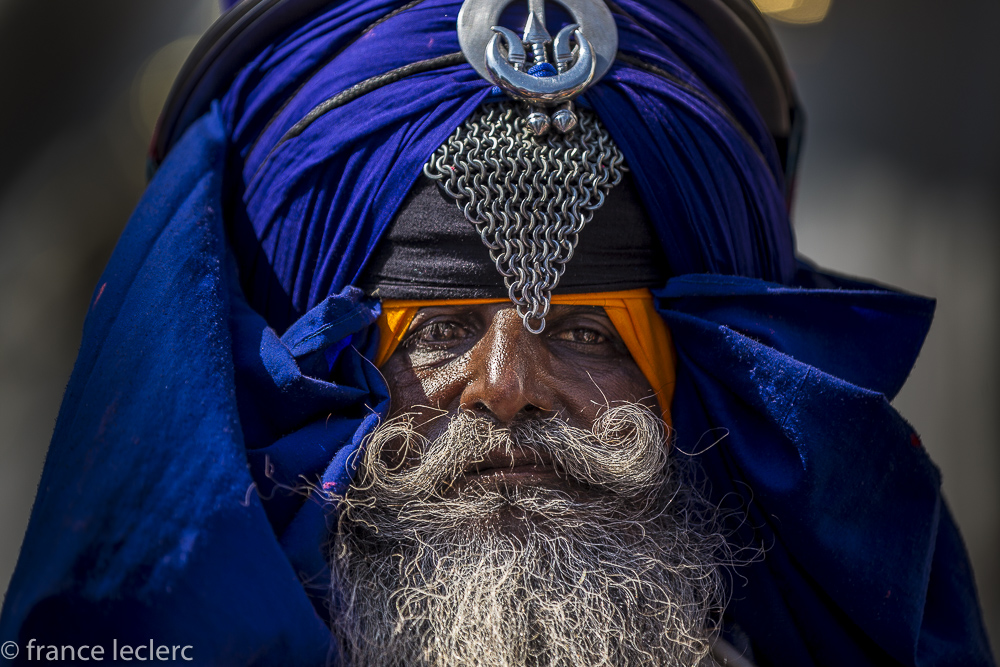 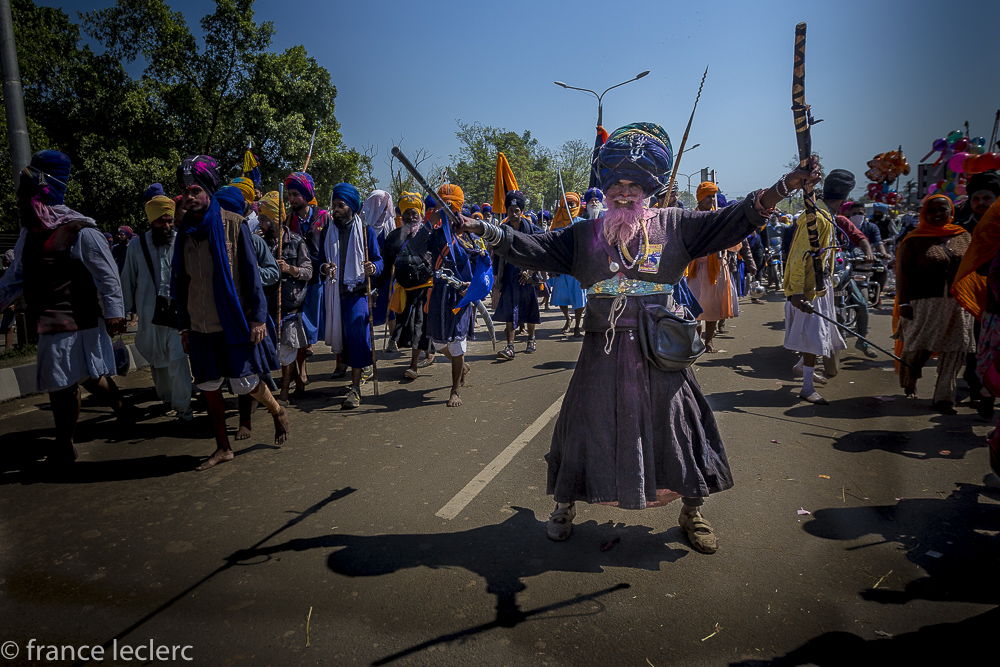 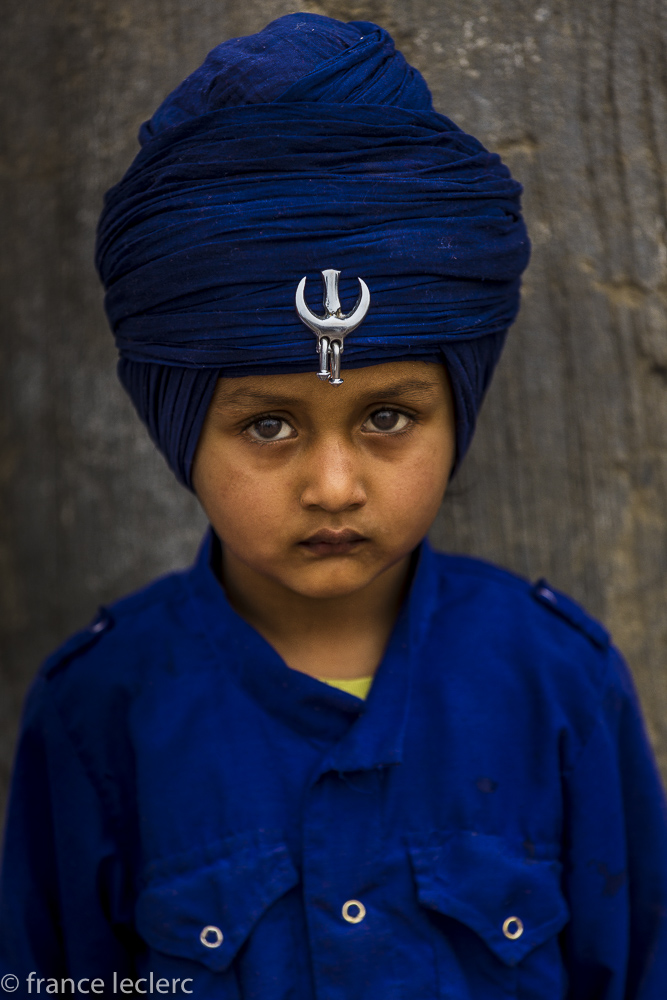 The short time spent at the Hola Mohalla was enough to convince me that one should remain on friendly terms with the Sikhs. Hundreds of them participated in a demonstration of gatka, a form of combat in which wooden sticks are used to simulate swords in sparring matches. People gather in a circle around the fighters to watch the mock battles. An important component of the skills on display appears to be the ability to jump high in the air, probably to add power to one’s strikes. And since Holi was the previous day, some people had leftover gulal powder, which they threw at the fighters, adding additional color to this already colorful scene. Amazing skills with unique weaponry were also on display.   A frightening whip made of metal, a ball with spikes attached to a chain, and a humongous gold club were some of the most spectacular. The most intriguing weapon was a colorful one that almost looks like a plastic toy. Called a chakari, it consists of a ring from which balls are connected by string. Traditionally the balls were made of steel and the chakari would be twirled in the face of opponents. 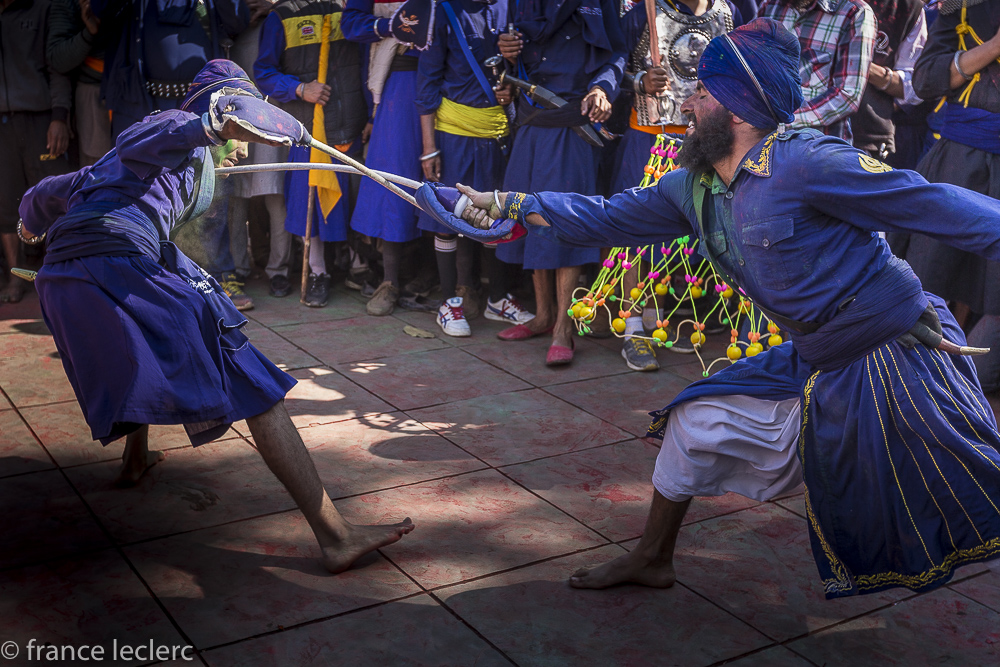 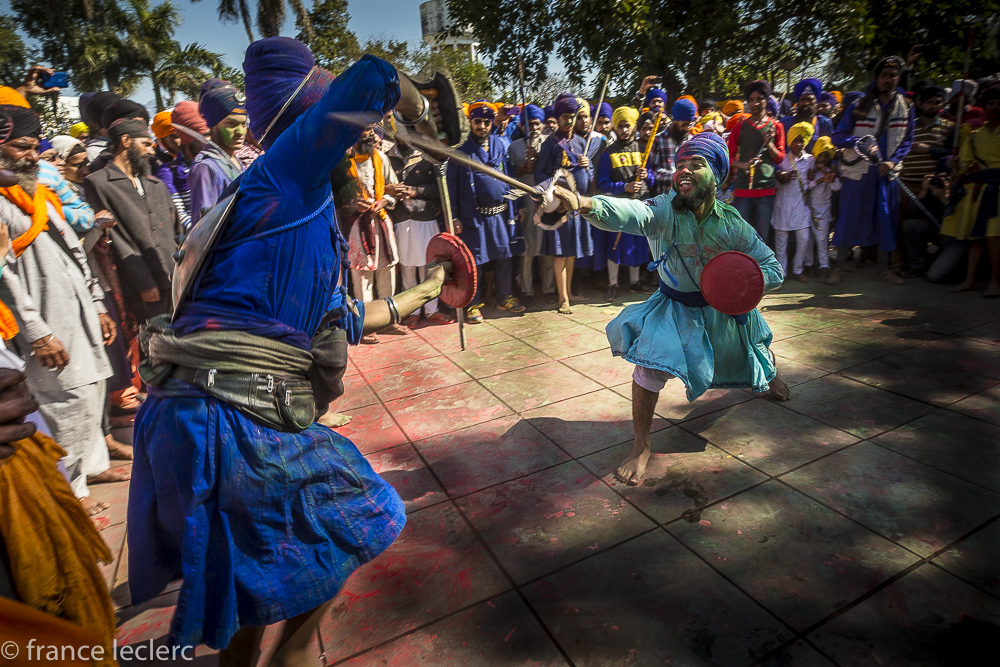 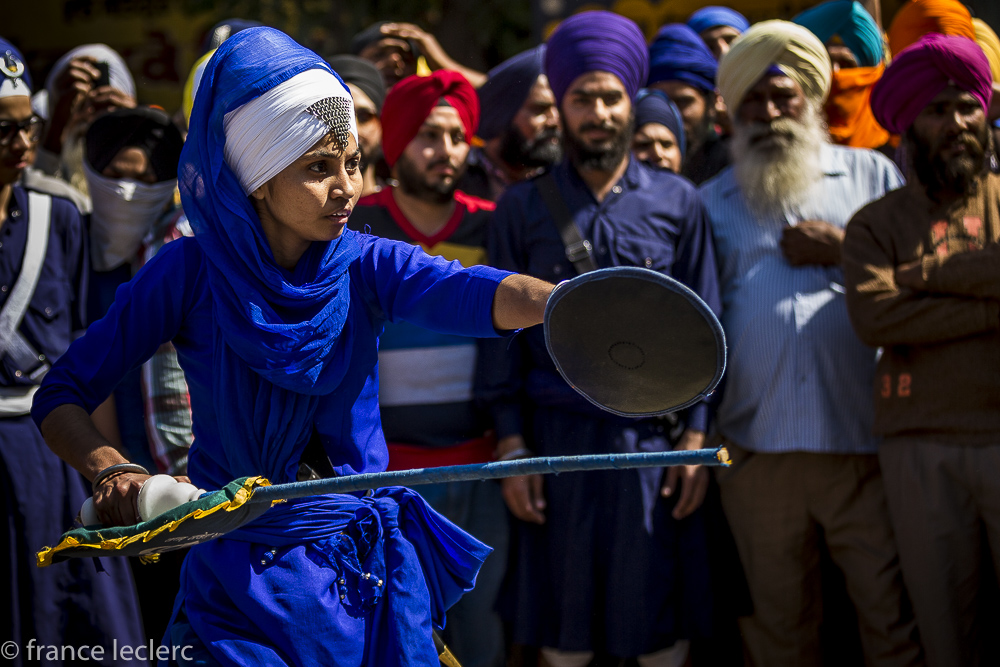 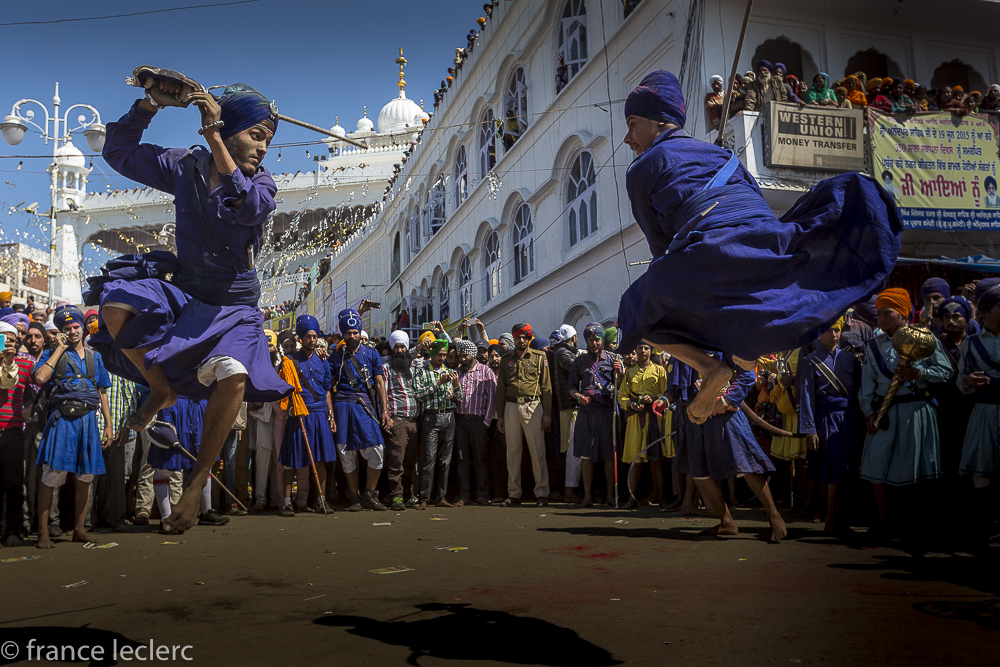 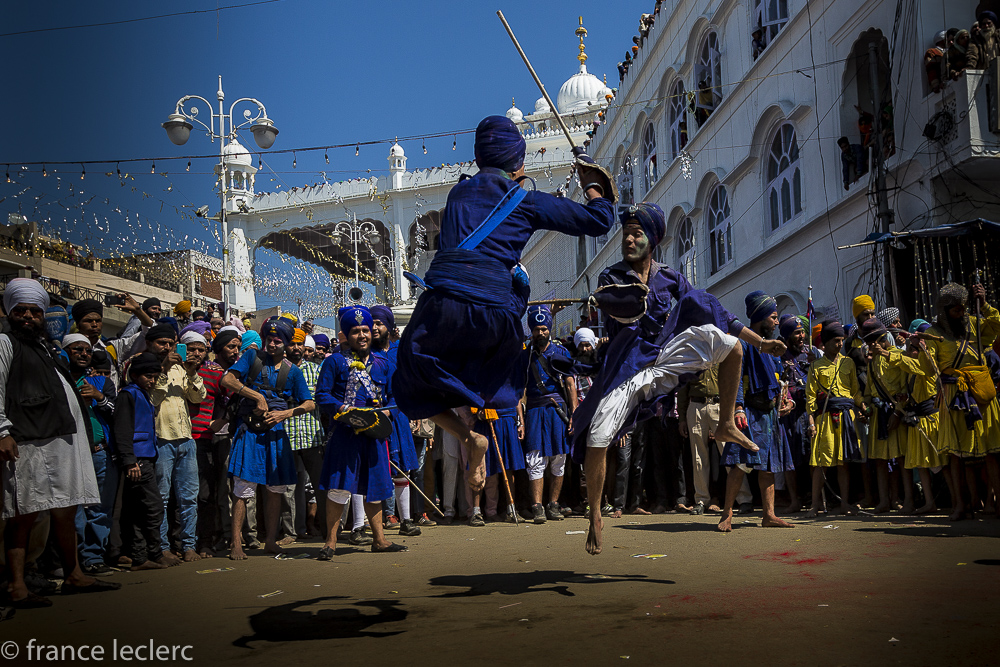 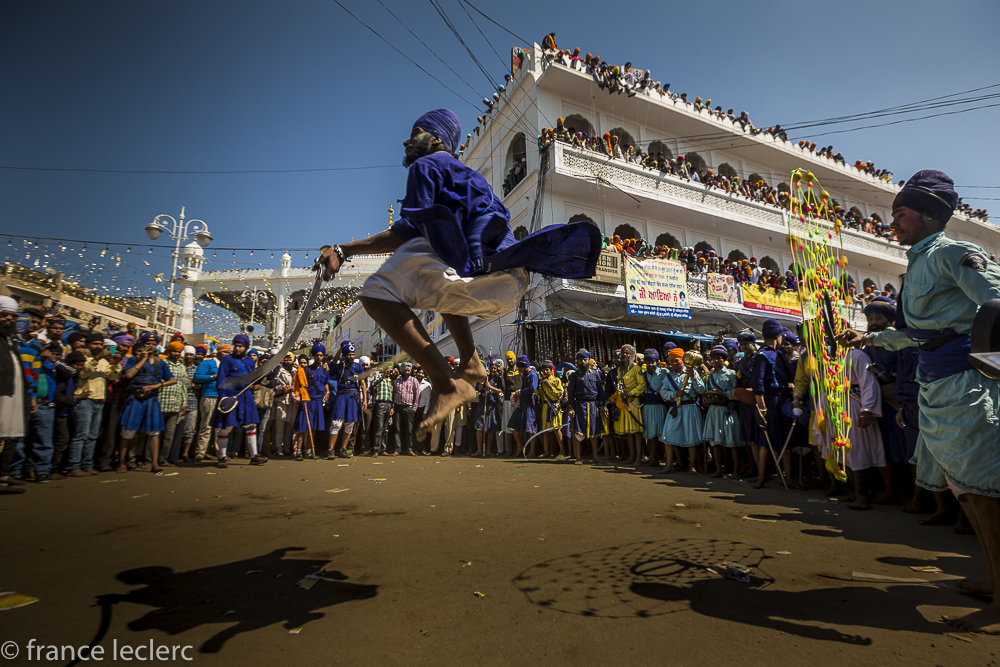 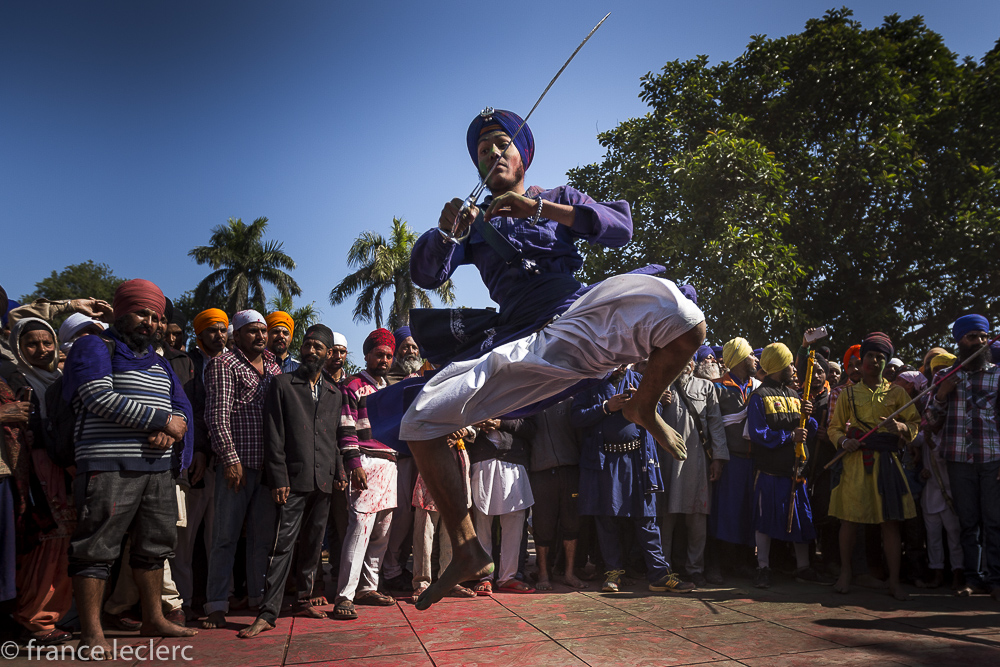 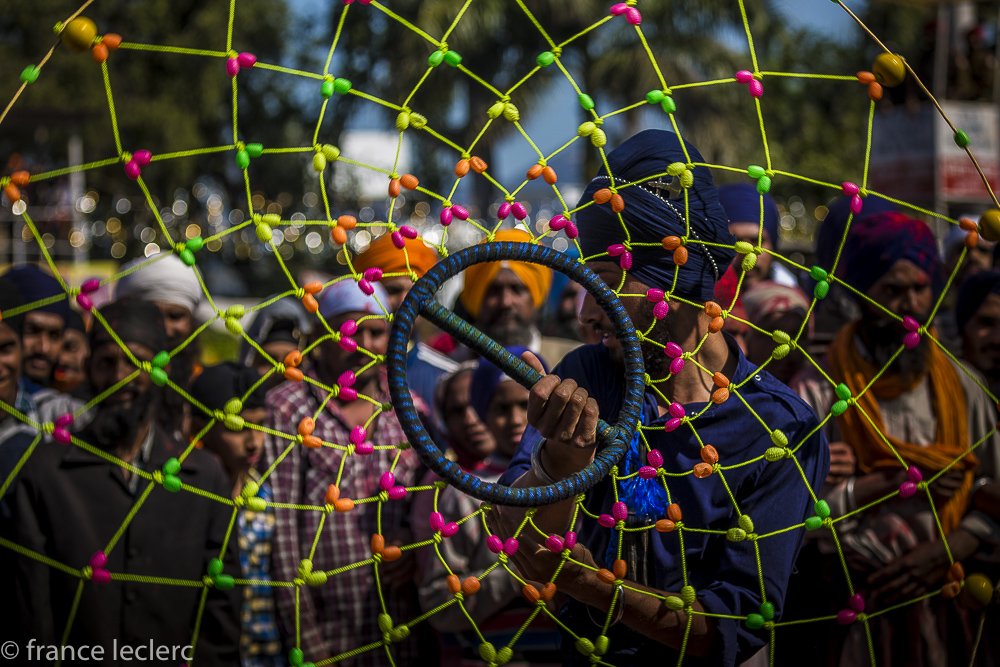 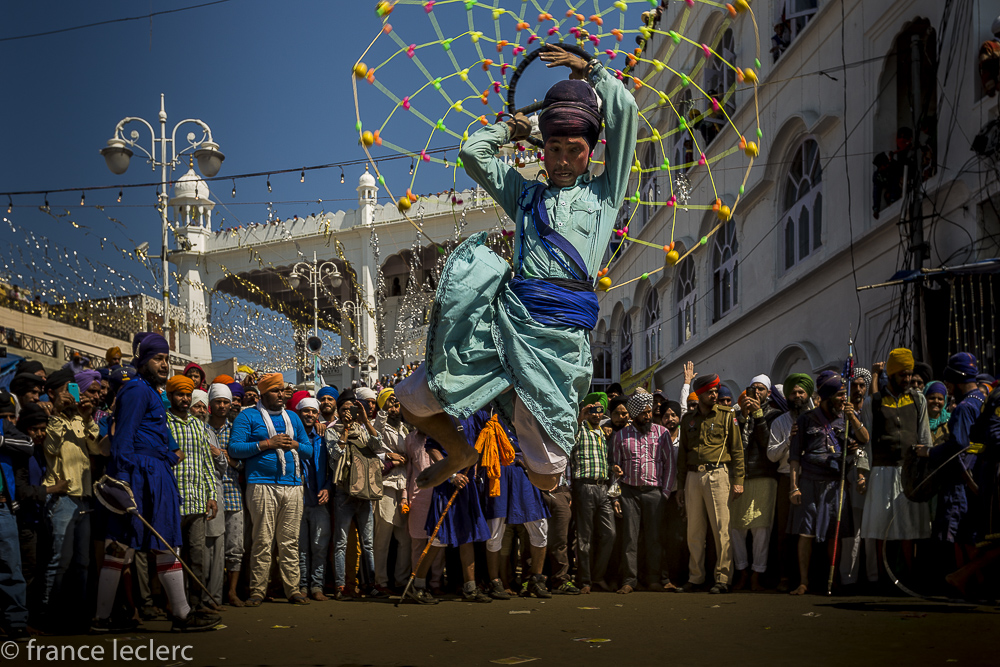 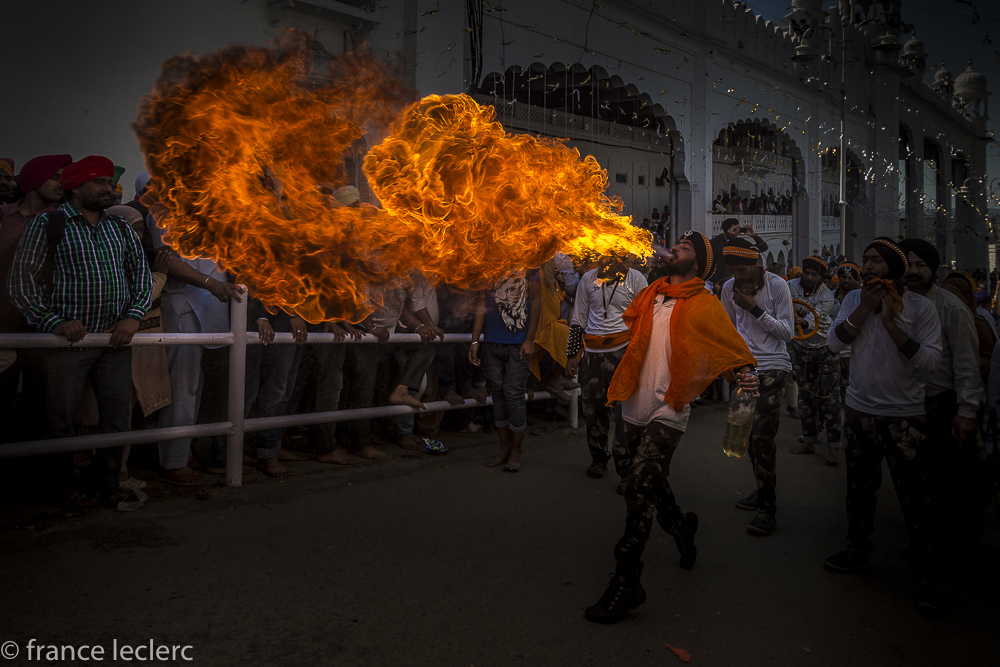 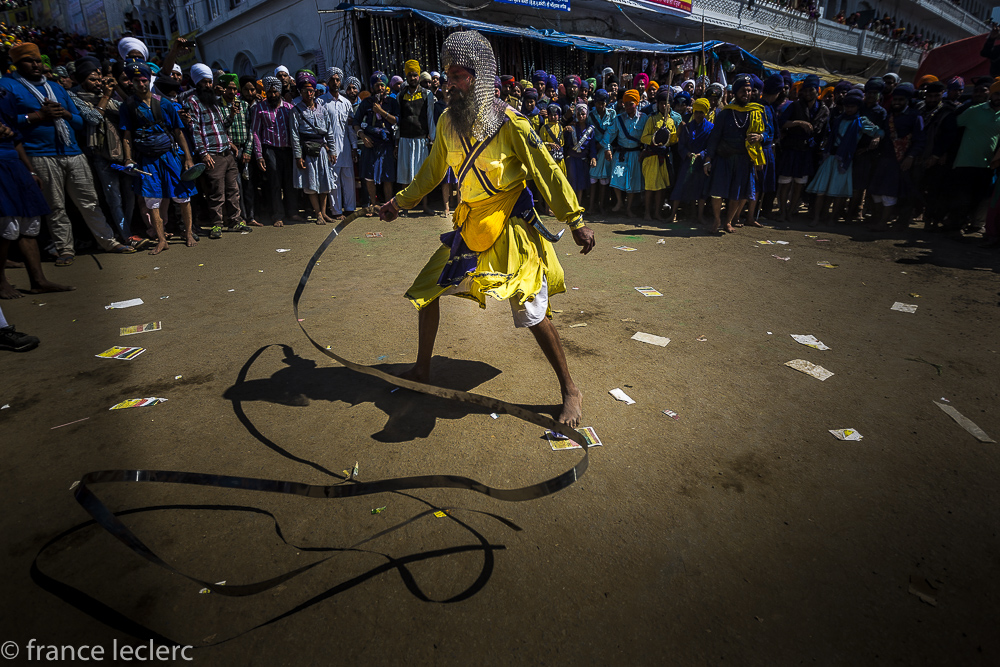 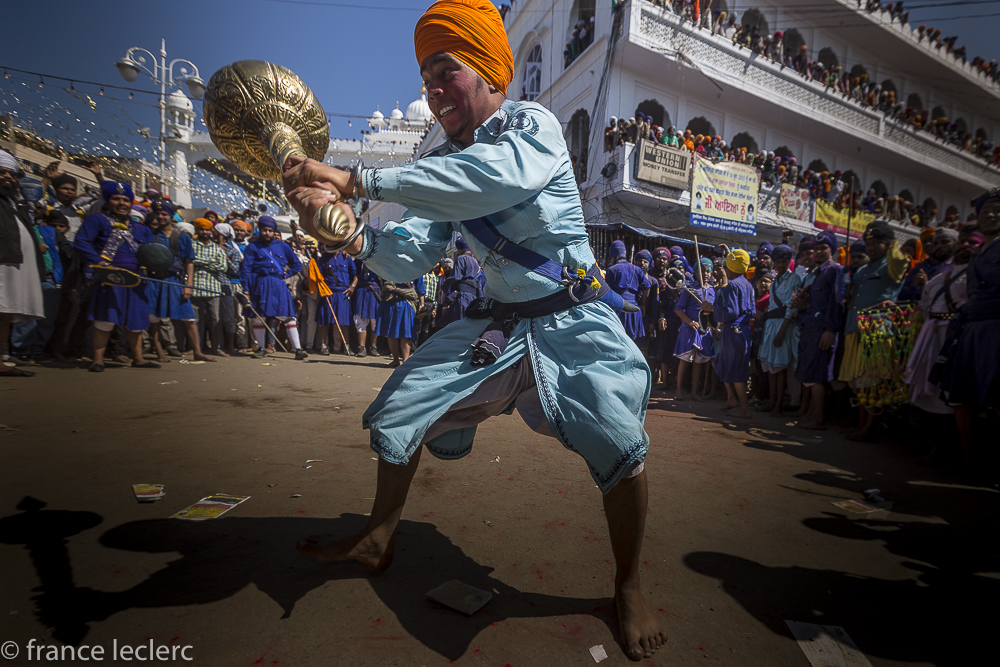 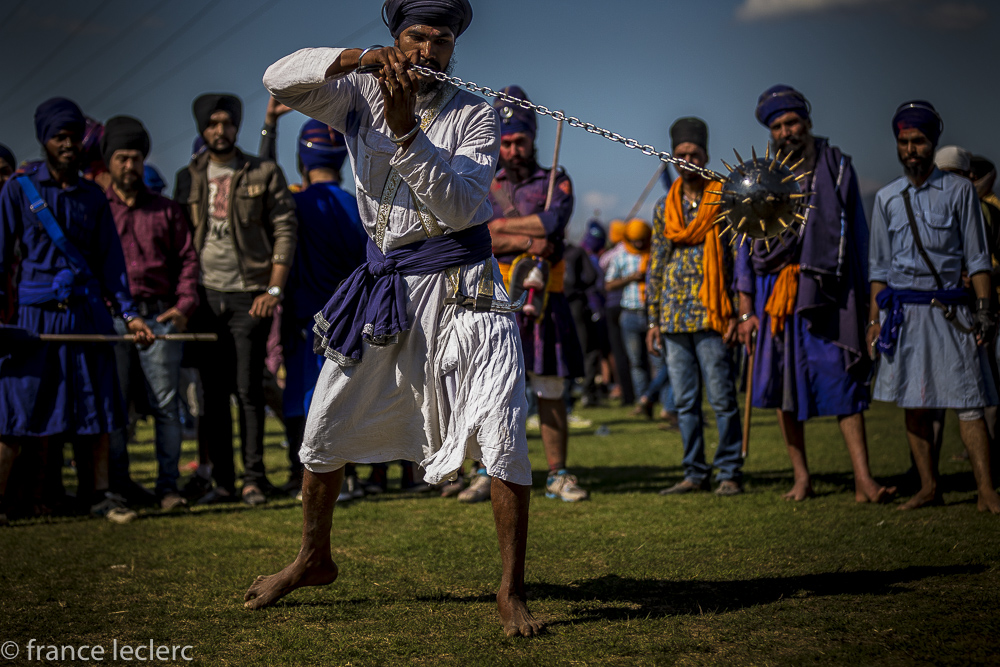 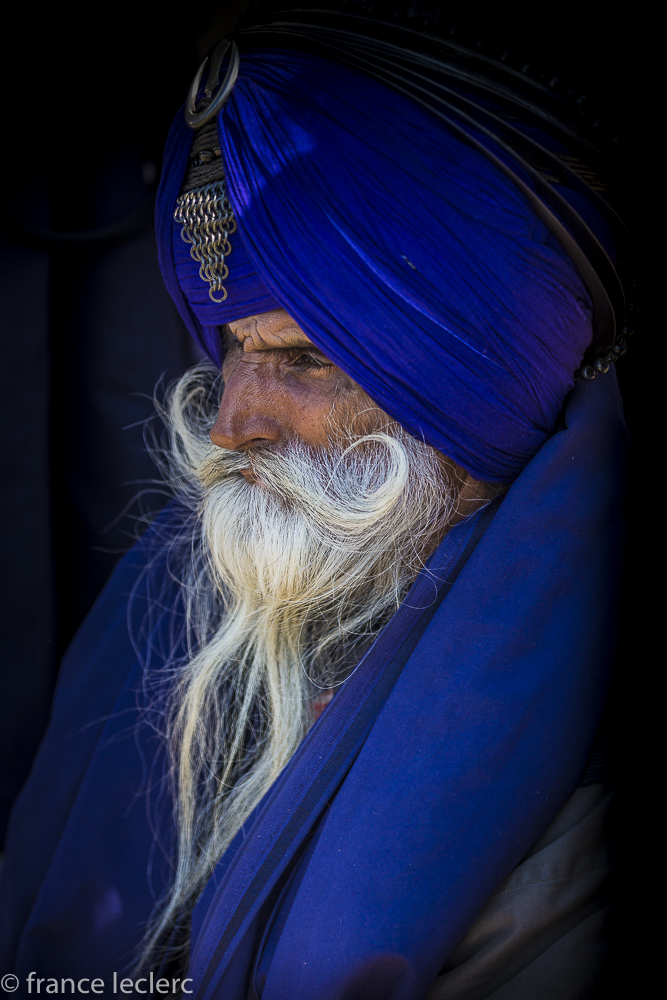 Later in the day, horse-riding skills were on display. Alas, it was not meant for me to see them (I guess I’ll have to go back.)   This is when I got badly injured as a result of a horse heading at full speed toward a crowd that quickly panicked. Thus, I can’t say much about how amazing the riders were, but I can tell you that the Sikh physician who initially cared for me was skillful and kind and that no weapons were used. 😉 During my brief stay in the hospital before leaving for Delhi and home, I also received a warm courtesy call from two of the men wearing the tall blue turbans, expressing their concerns for my well being.