In the Midst of a Mist in Myanmar. 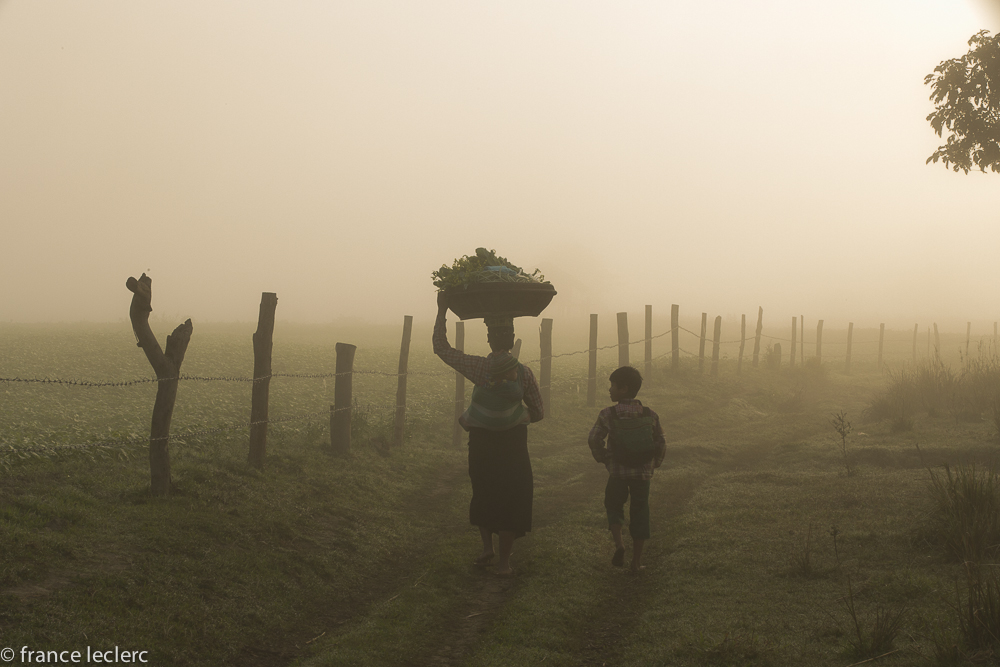 As I mentioned in my previous post, last December I went back to Myanmar to explore a new (for me) area of this still enigmatic country.  With a small group of photographers, including the inspired photographer Win Kyaw Zan as our local leader, I spent eight days on the upper part of the Chindwin River in North-Western Myanmar in a traditional fishing boat that had been temporarily converted to house our small group.  In this post and the next, I will share my experiences in this still very rural part of Burma.

The Chindwin River is a major river and its 750-mile length entirely within Burma.  It is the largest tributary of the majestic Irrawady, which it meets at a location very close to famed Mandalay.  We motored downstream from New Sorma, slightly north of Homelin, mostly following the India/Burma border and ended up in Monywa, a town well-known for its magnificent caves, about a three-hour drive from Mandalay.

Much of the Chindwin’s course lies within mountains and forests. The Chindwin is a narrow, shallow river used for transporting a large array of goods, including the prized teak wood from nearby forests.  Most of the time, we were accompanied on our journey by rafts of all sizes, bringing their precious cargo to a downstream market.  Slowly motoring along in our boat allowed us to visit small villages along the shores rarely visited by foreigners.

Among my favorite memories from this nautical expedition were the early morning outings.  Every day we got up before dawn to enjoy the beautiful misty conditions on the river. These experiences took some effort.  Not only am I not a “morning person” but our boat had no electricity in the morning, and getting up in the dark can present many small challenges (try finding and putting on contact lenses in the dark).  But it was all worth it as these morning excursions were for me the best ways to capture the mysterious and still elusive rural Burma. 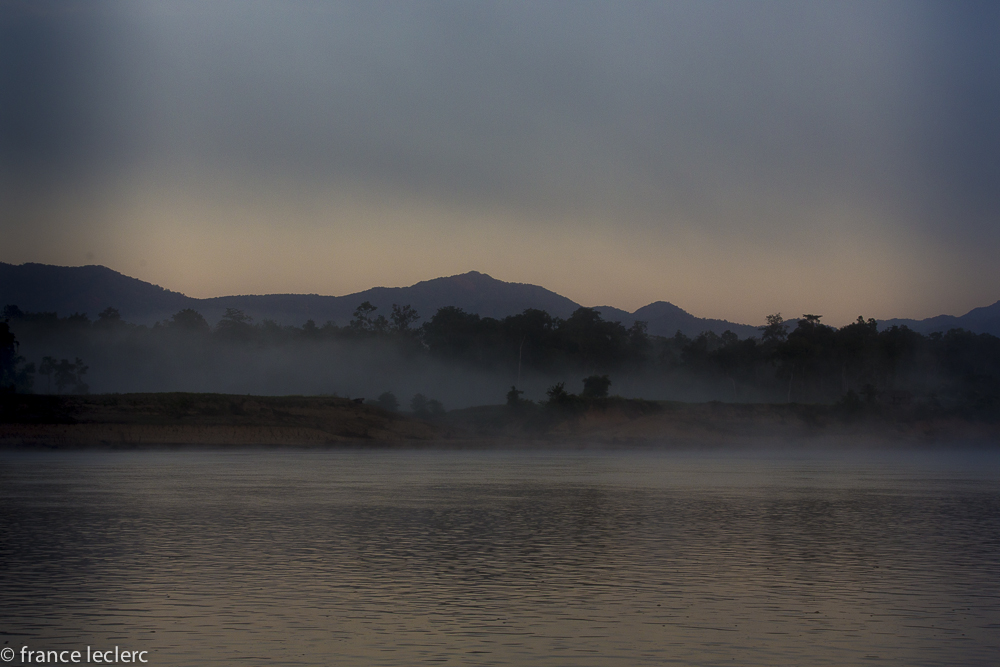 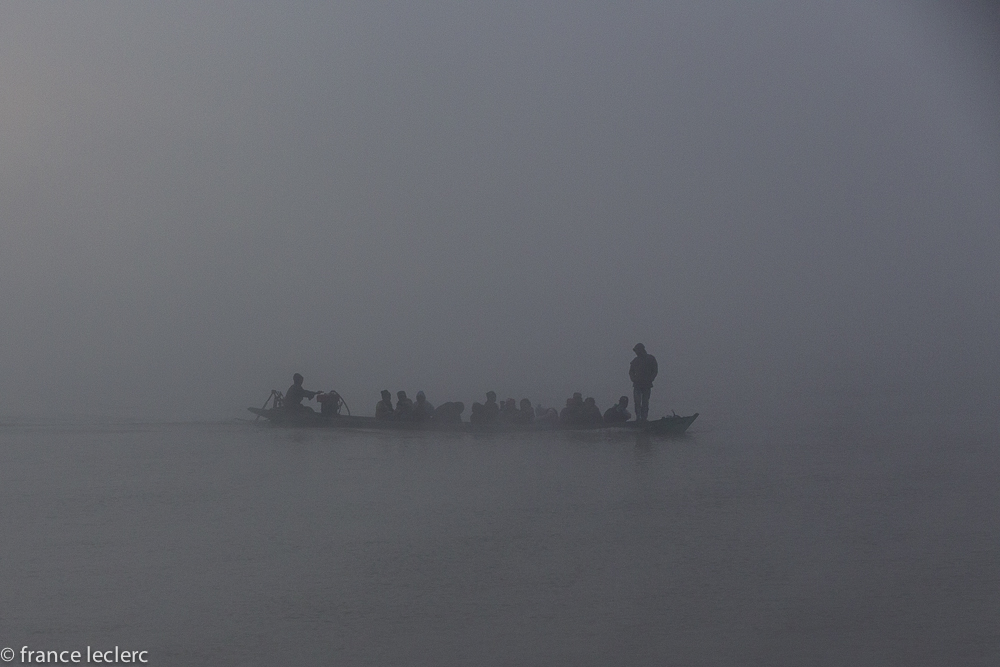 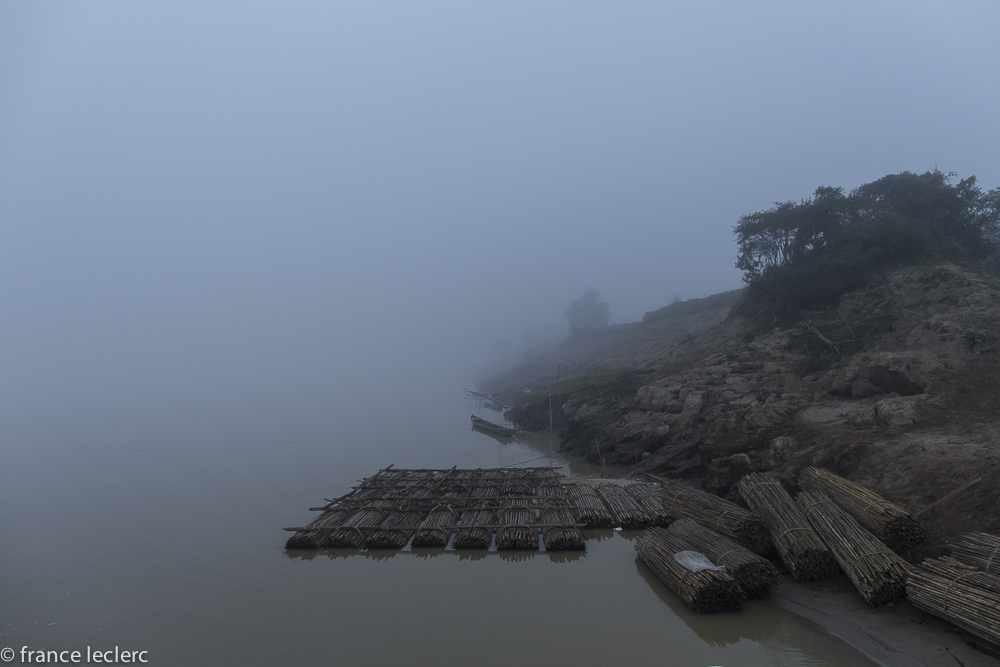 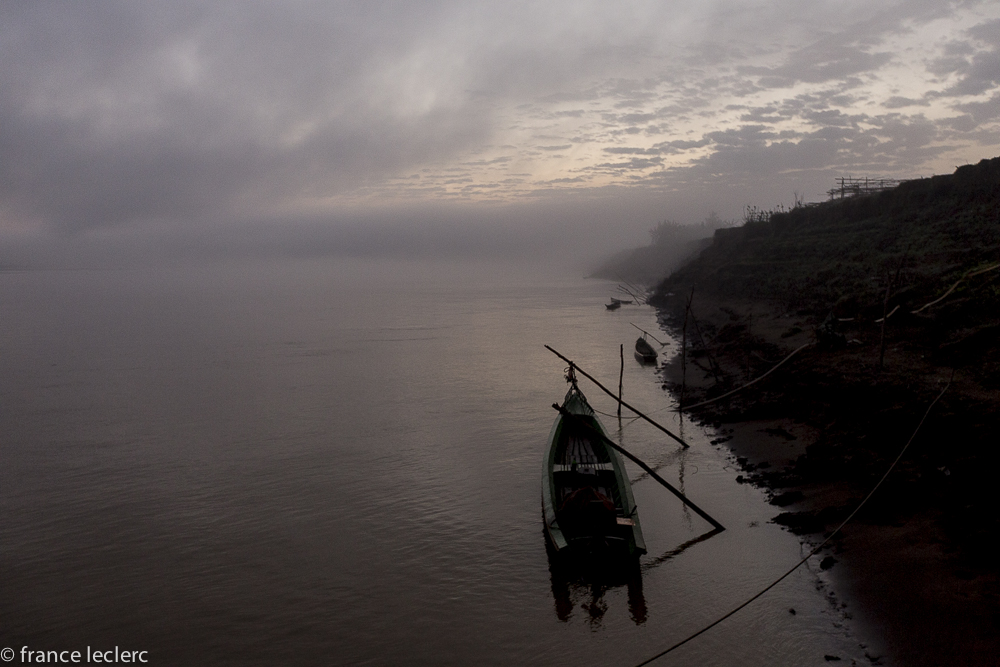 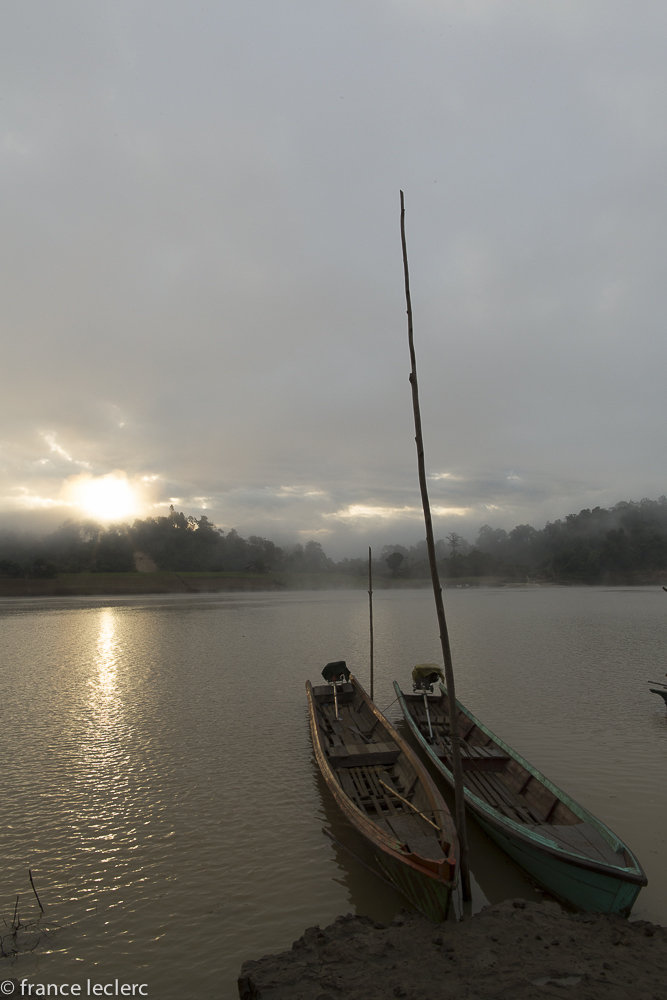 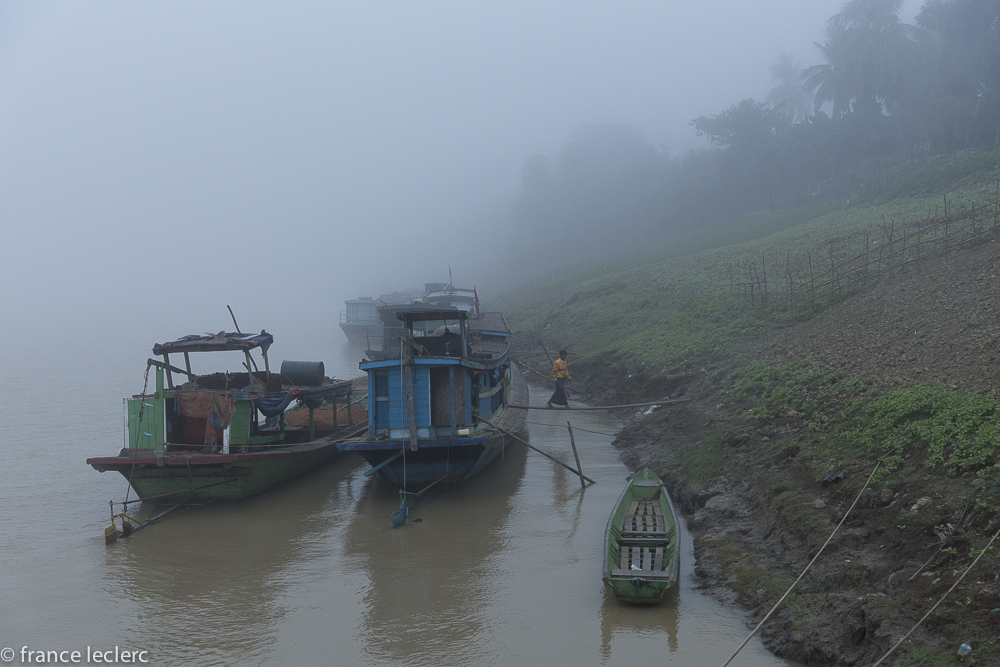 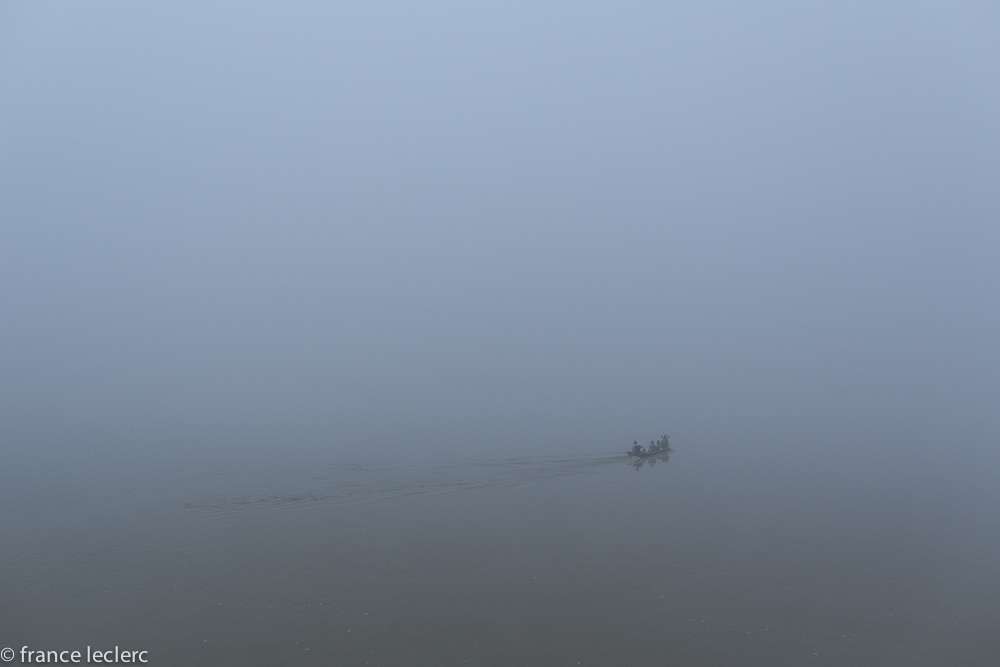 Our first morning, at the northern point of our trip, we visited the Naga village of New Somra.  Though Naga tribes mostly inhabit the North Eastern States of India (see my previous post, Nagaland, Indian Wild Wild East ), the Nagas also live on the other side of the India/Burma border, in North-Western Burma.  That morning the locals had agreed to perform their traditional dances wearing their festival attires.  We all gathered at a location surrounded by sacred pillars.  The women were all wearing red outfits, sizeable white necklaces, and unusual transparent earrings. In common with their Indian cousins, the men sported very impressive headdresses made up of hornbill feathers, a brass dish as well as red and white seeds.  In attendance was an older man impeccably dressed and carrying his spear.   We were told that he was 86 years old and one of the three remaining alive that were part of the group that migrated from further up the mountain to the newer village of New Sorma where they currently live.  I so wish I could have communicated with him more as he seemed very curious about us and I sure would have liked for him to share his well-earned wisdom. 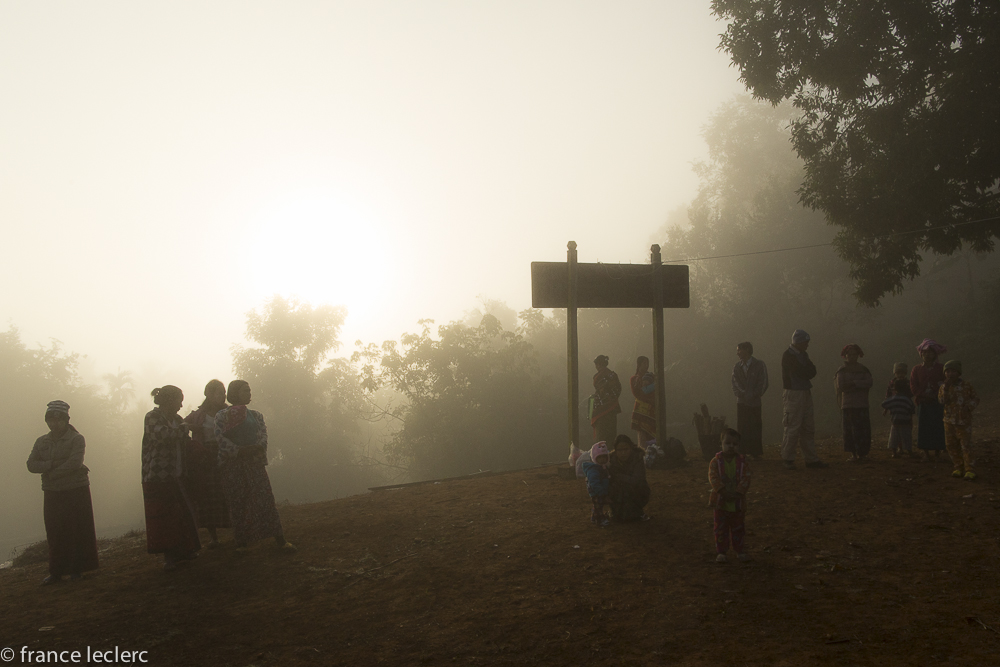 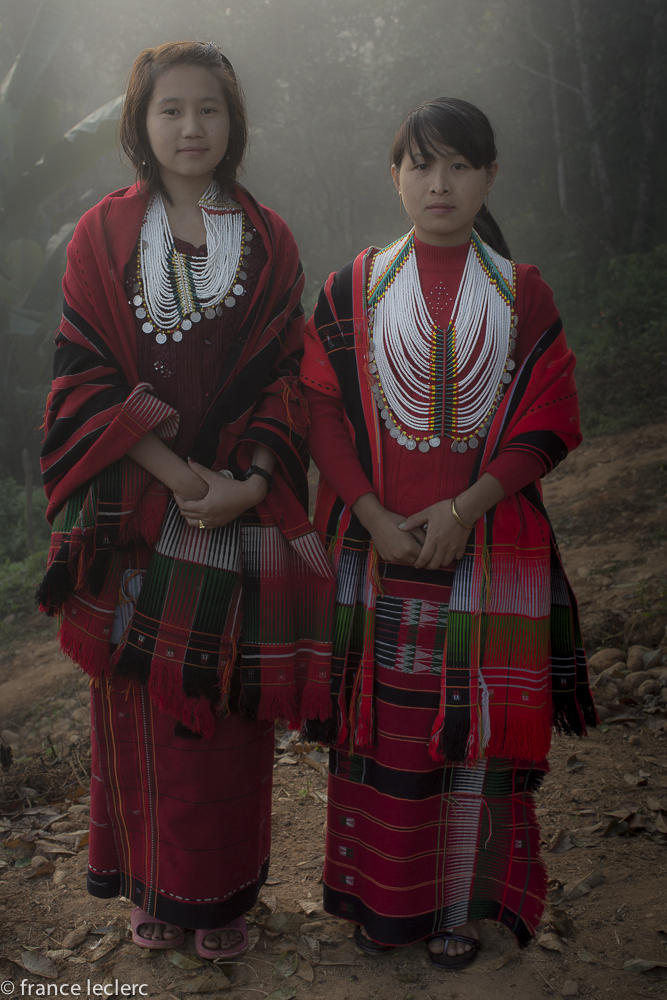 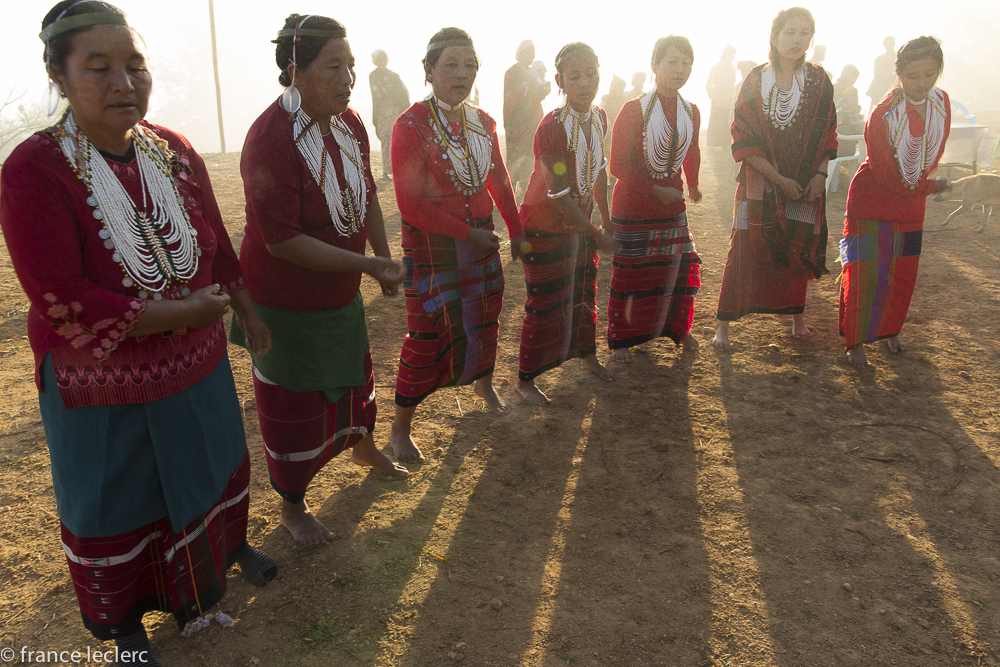 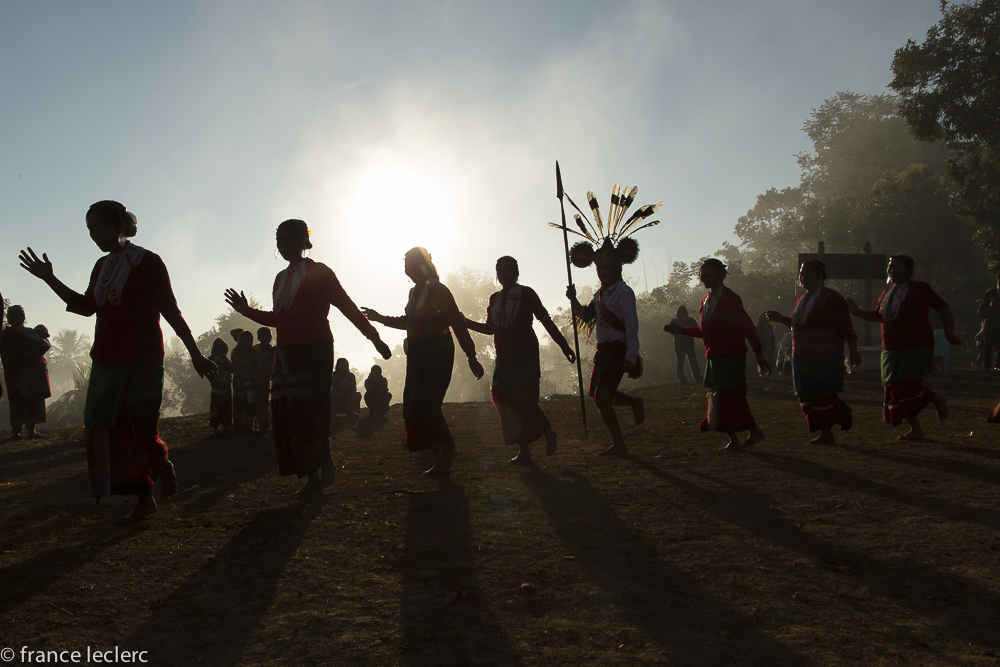 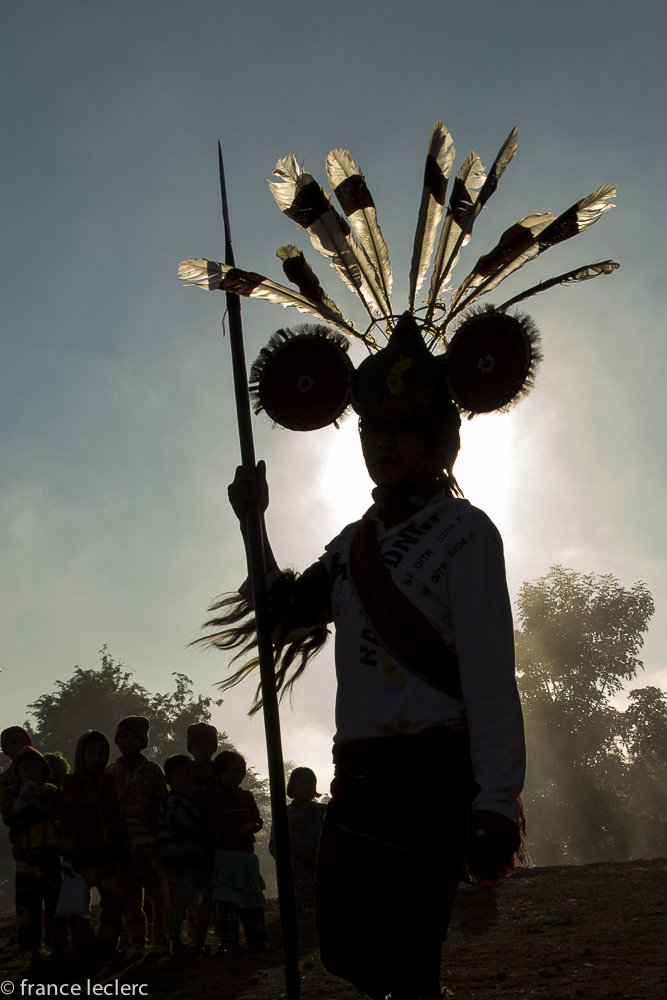 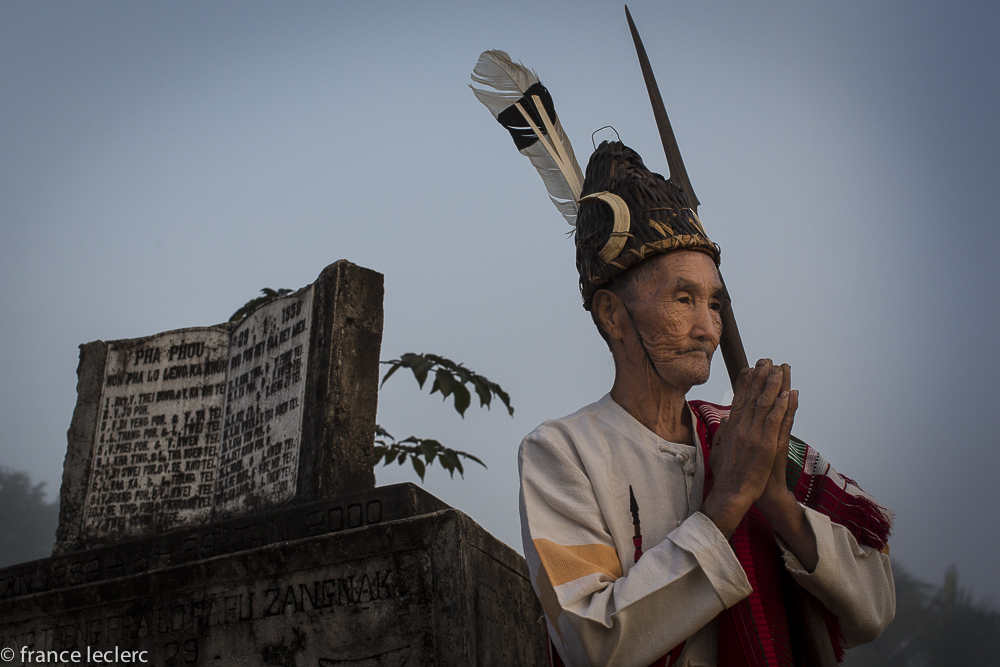 The next morning, we stopped briefly at the village of Sarphar, and at a temporary settlement on the other side of the river.  There, during the dry season, a few families of mat makers were making this their home for a few months.  All were working very hard, cutting and assembling rattan canes to make mats that they will then ship further down the river to the market. 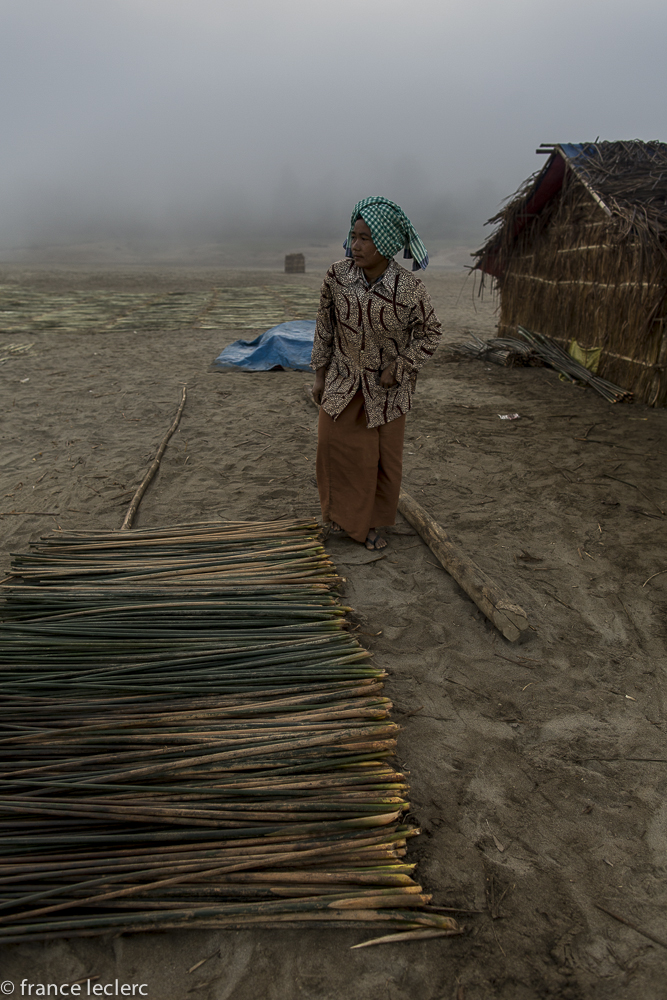 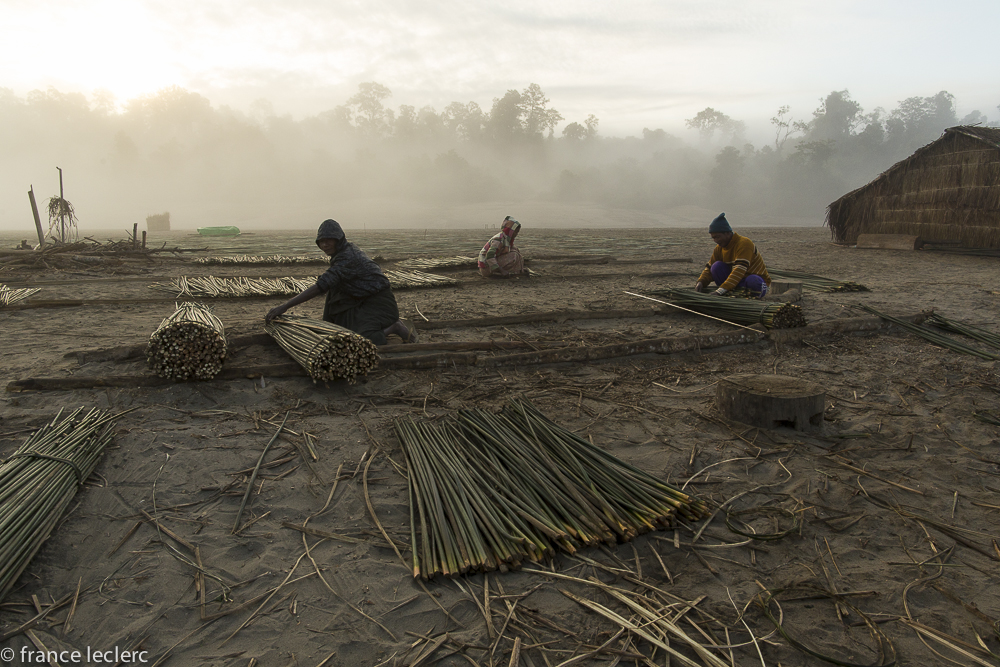 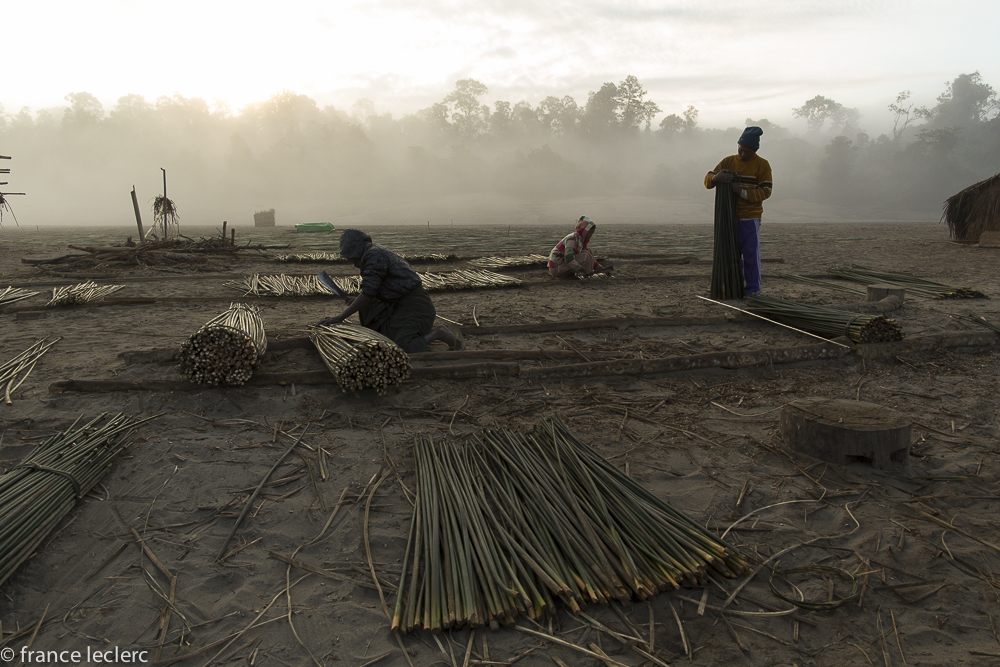 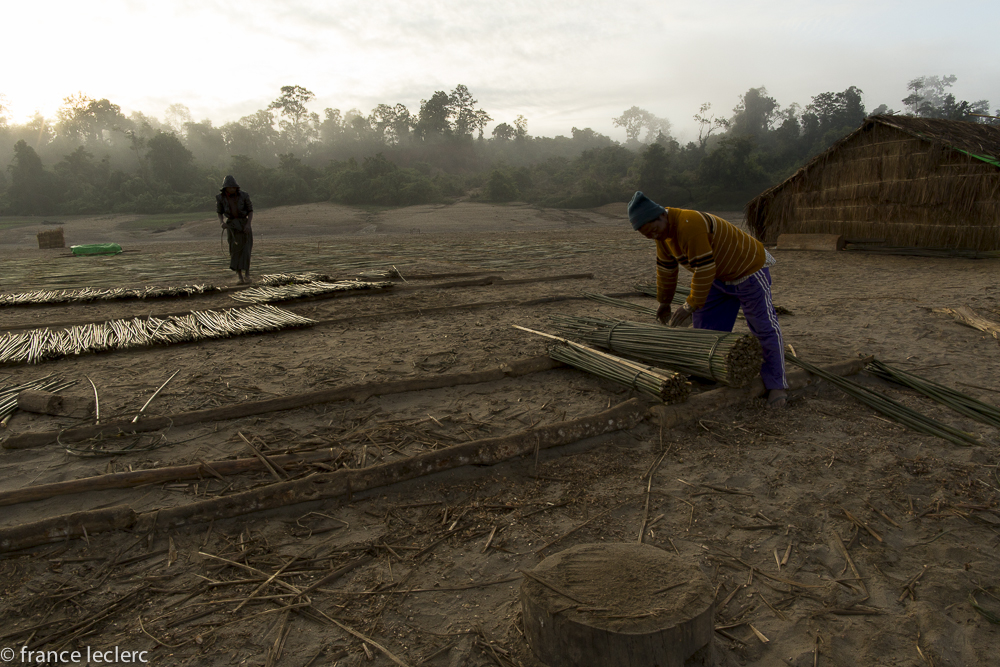 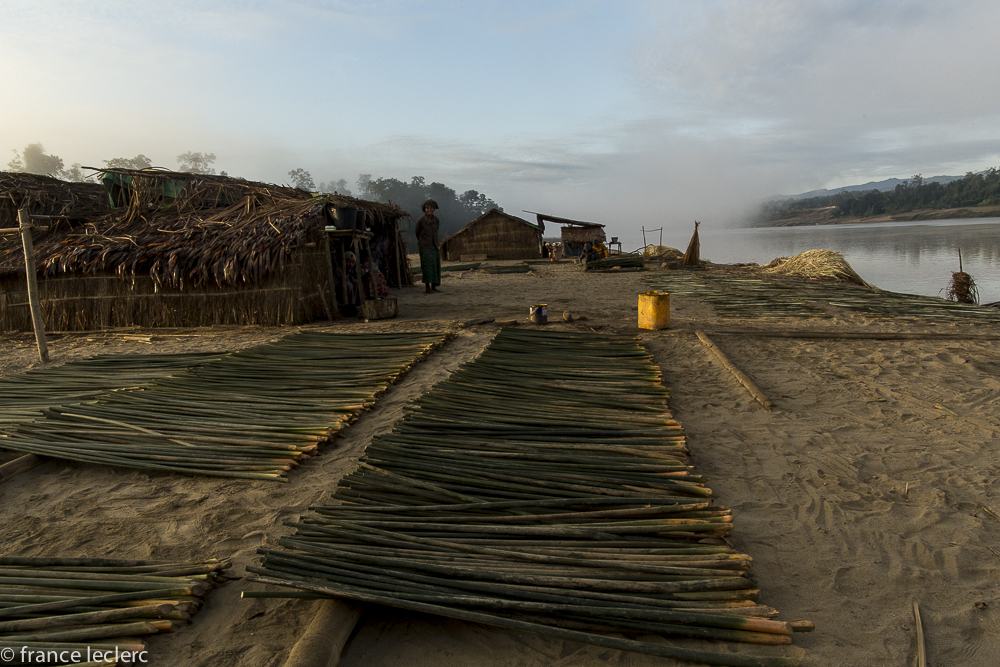 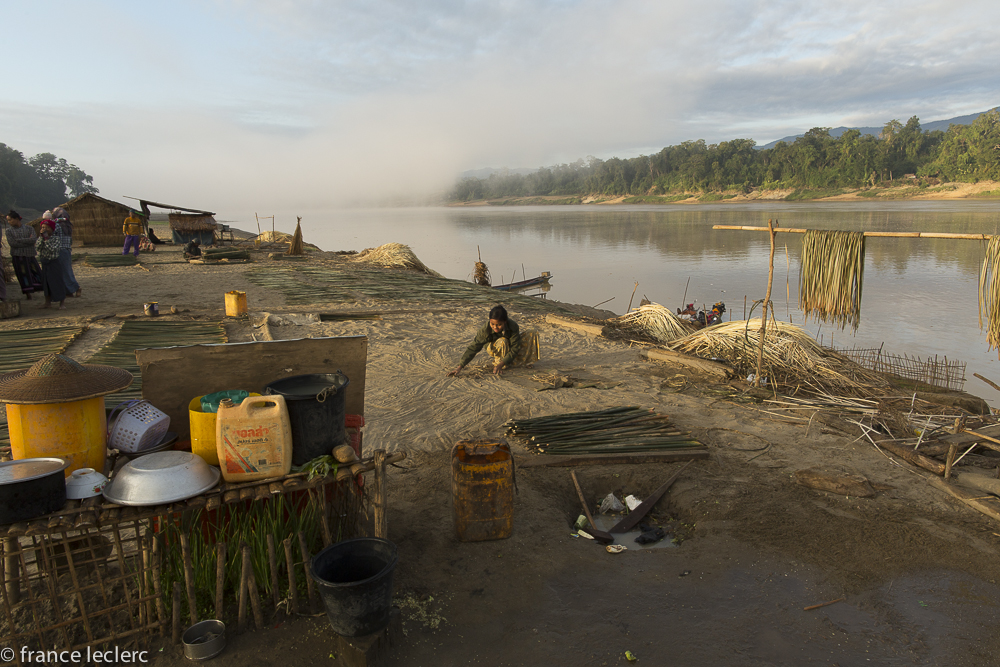 The remaining mornings, we visited small villages and the farmers that inhabit them. Not surprisingly, even at this early hour, farmers and villagers were already busy with their daily activities, working in the fields, kids walking to schools, women carrying heavy loads on their heads… all surrounded by a beautiful morning mist. 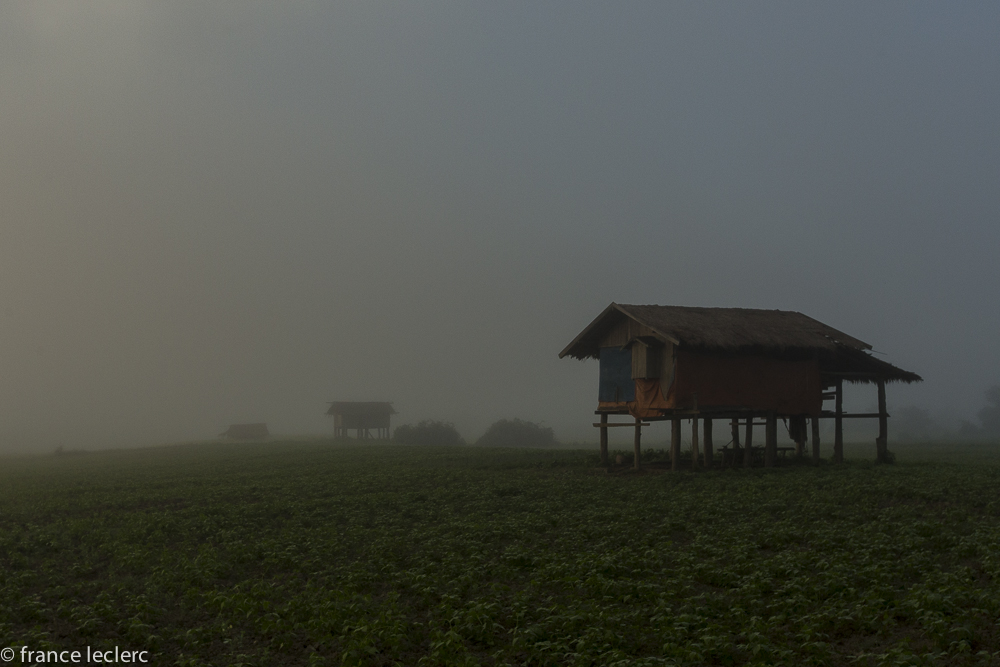 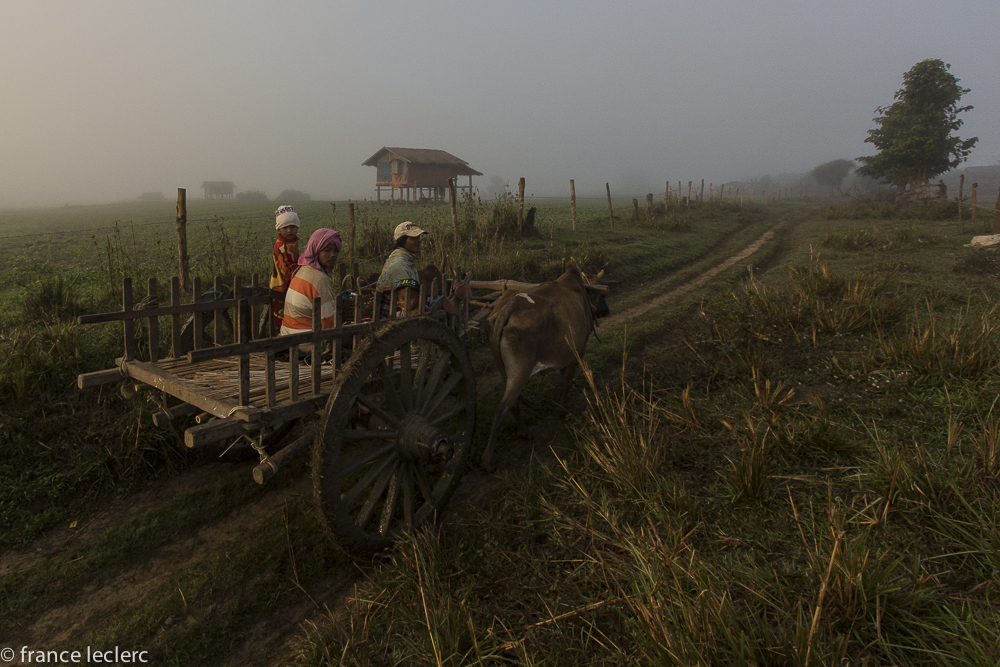 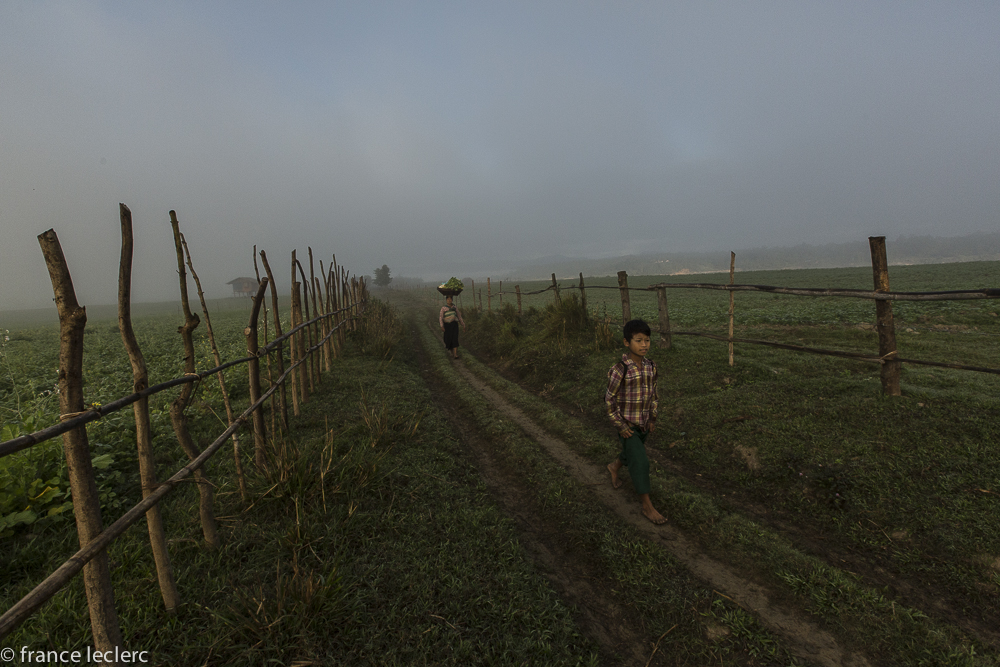 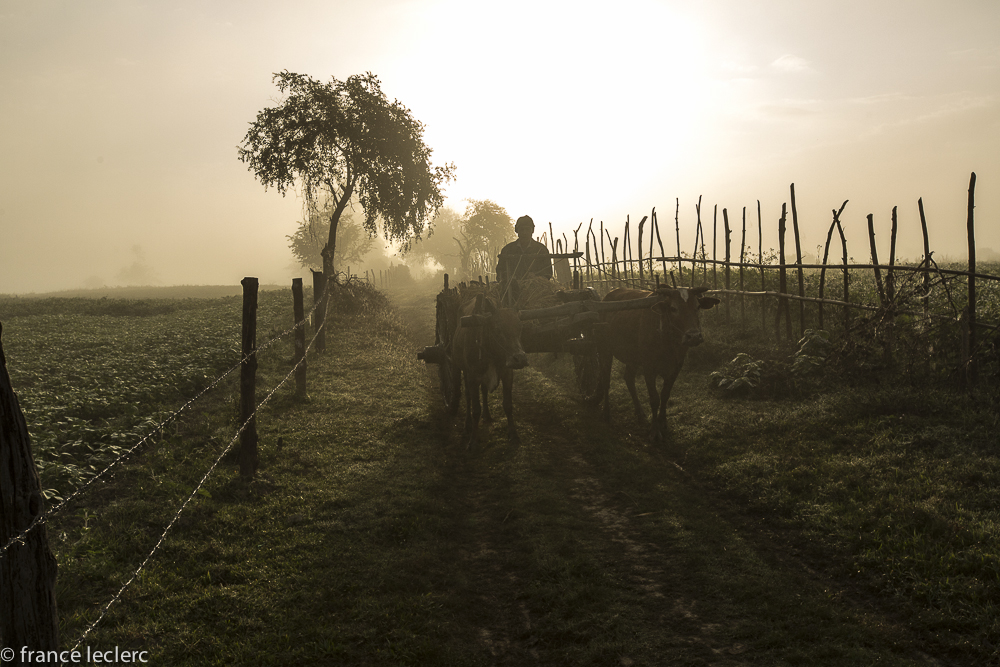 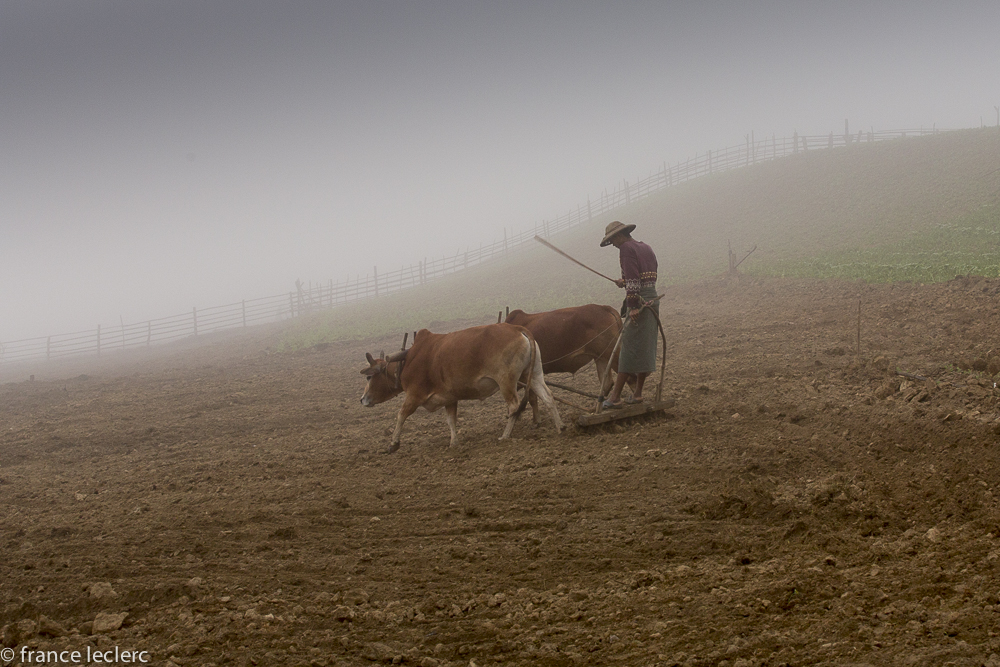 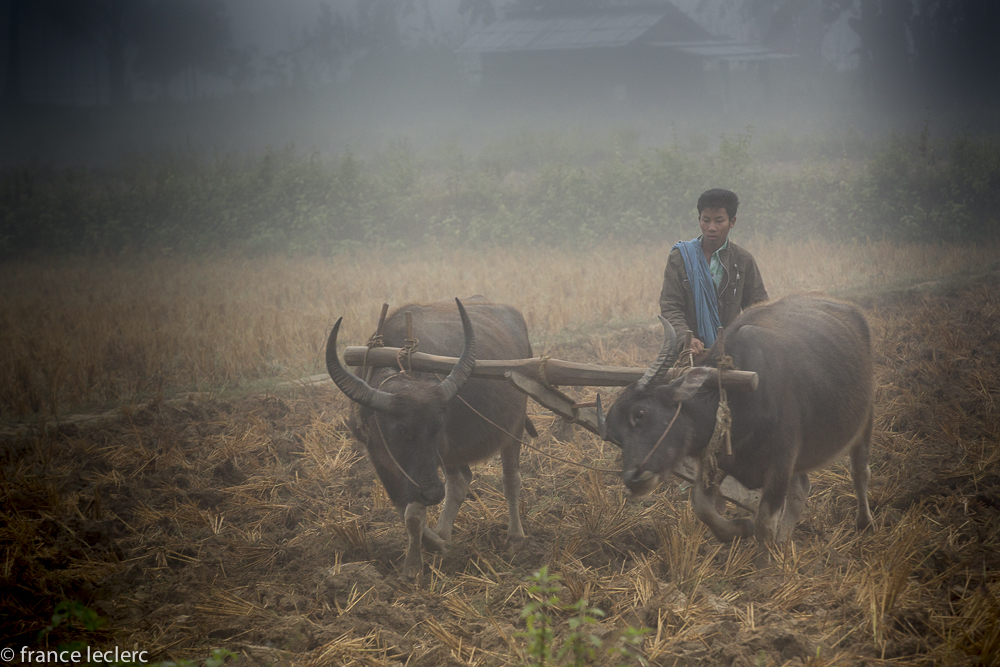 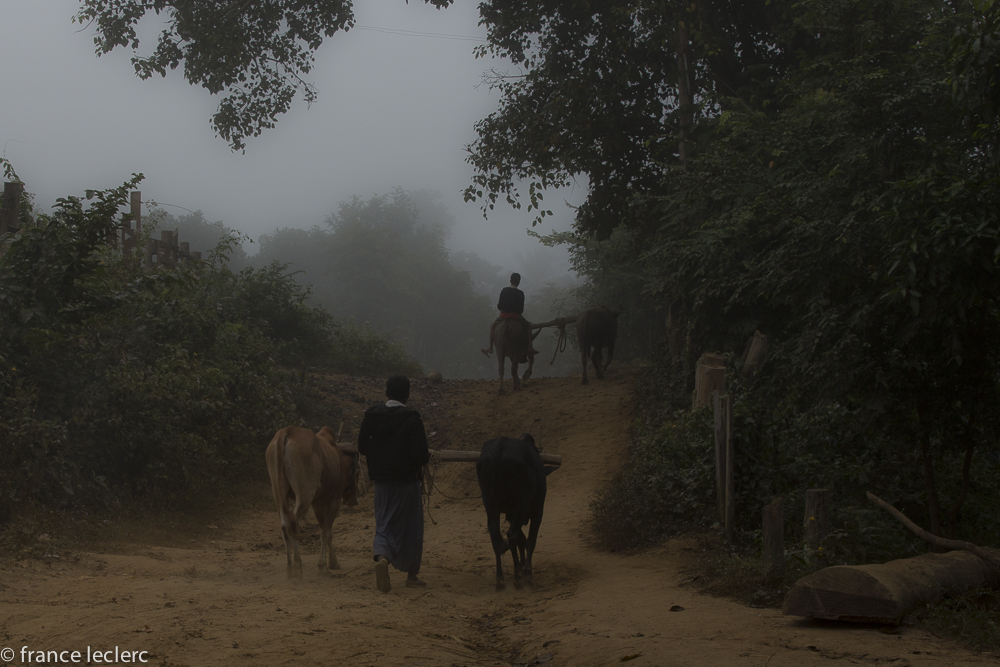 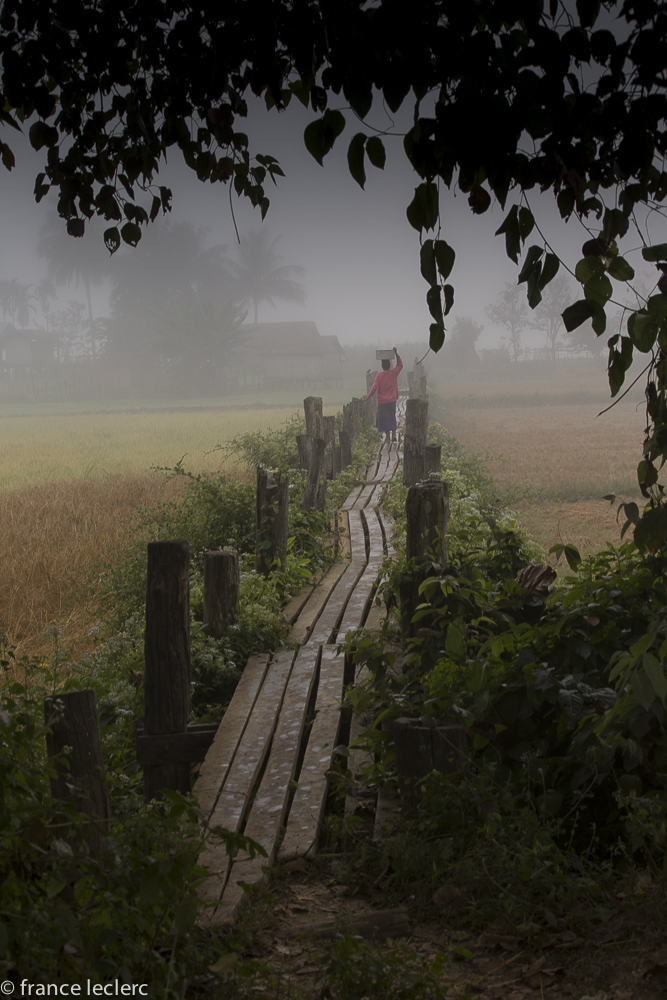 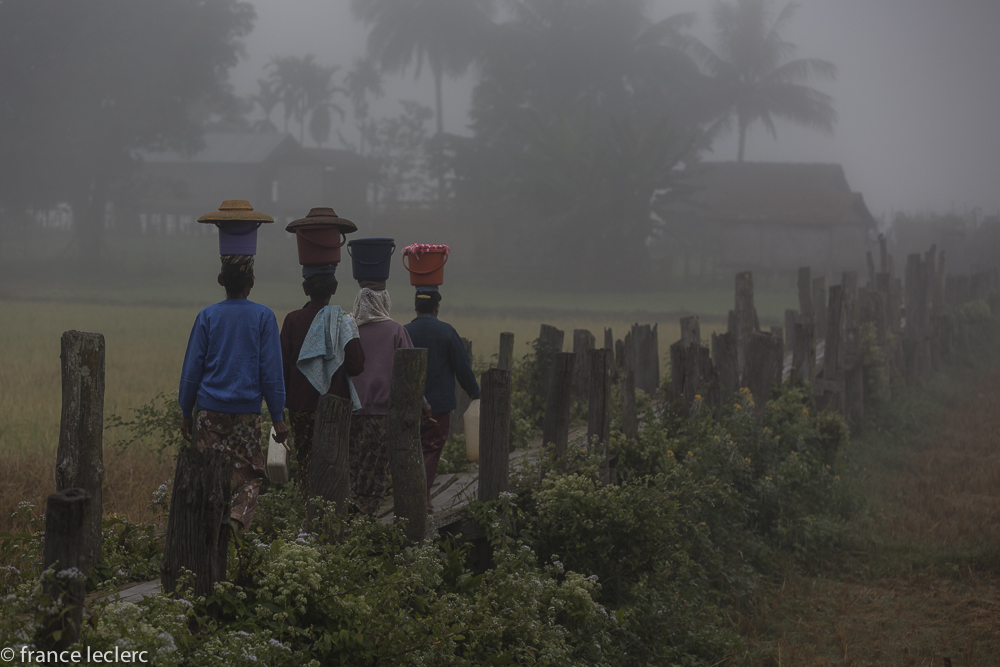 Next time, more about life on the Chindwin River.