Boxing and Surviving in the Philippines: Inspirations for the New Year! 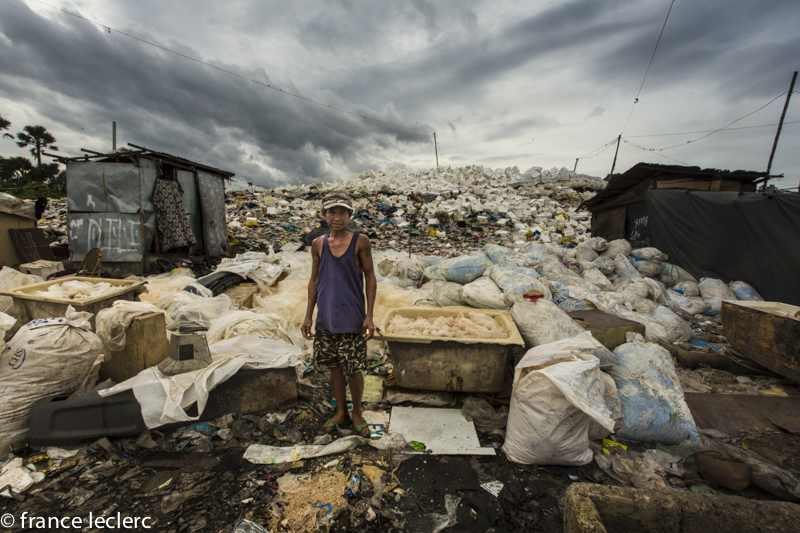 The beginning of a new year is a natural time to reflect on experiences one had in the previous year that should be sources of inspiration for the new one.  For me this is an easy task, having spent time in the Philippines last September where inspirational stories abound.

This post is also about me coming full circle.  I started this blog about a year ago wanting to share my experiences with the children of the Philippines. A year later, I am returning to that theme, this time concentrating on the children of Umapad, a dumpsite in Mandaue City, a working-class neighborhood of Cebu.  Umapad is an old dumpsite where over 200 families live on a mountain of trash that has been compacted over time. As is often the case, most of these families have come to the big city from rural areas hoping to improve their lot. Â Not having been able to secure a job, they end up living and working in a nearby dumpsite, scavenging to find something, anything of value, earning typically less than $2 a day. The level of poverty is hard to describe in words; children are at constant risk of injury and diseases. But as we were walking around the site I was struck with how normal everything feels. This is a real community with tiny stores, vendors, a small chapel, and even a basketball net. The houses are made of old cardboard scraps, yet we are welcomed in with warm smiles.  The kids are like normal kids, just playing and enjoying themselves on their favorite “hill”, as they would in a regular neighborhood, but here the hill happens to be made of garbage.  From what we could tell, one of the children had eaten a green marker but this did not prevent him from smiling at us mischievously.  Thanks to some NGOs (the Gift of Grace Foundation is one of them, thegiftofgrace.com), some kids from Umapad are able to go to school, dressed in their spiffy uniforms.  One can only hope that such efforts will allow some of these children to break out of the poverty cycle.

In sharing these images I certainly do not mean to suggest that these are acceptable living conditions for anyone.  On the contrary, it is heartbreaking that people have no choice but to live in such an environment just to survive. We should all do what we can to help this community and countless similar ones.  But what stayed with me is how these children can be happy with so little while we sometimes find it hard to have a happy life with quite a lot more.  May we all learn from the children of Umapad. 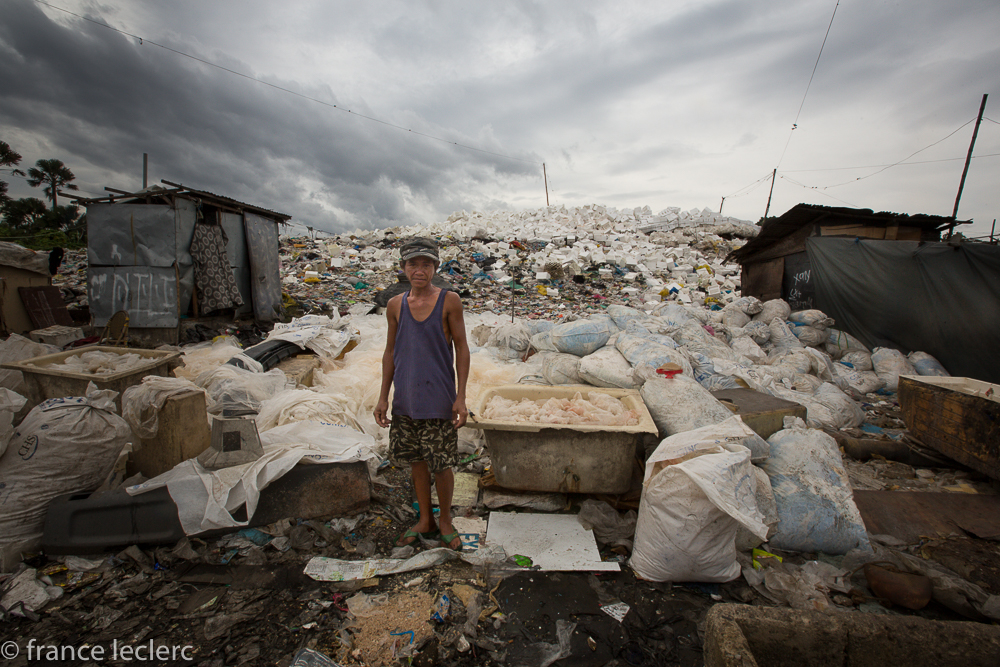 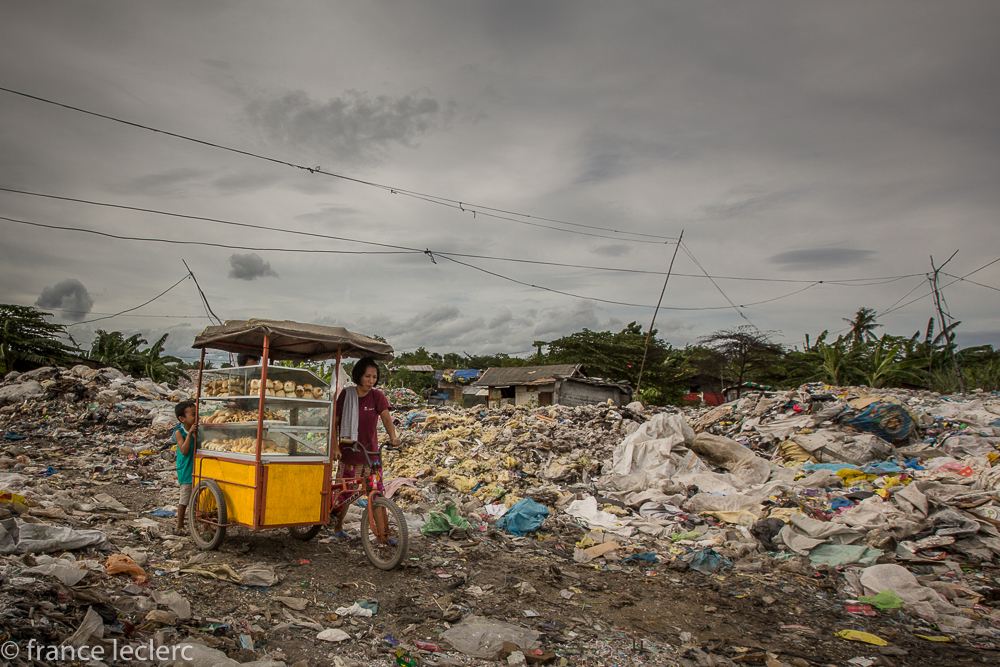 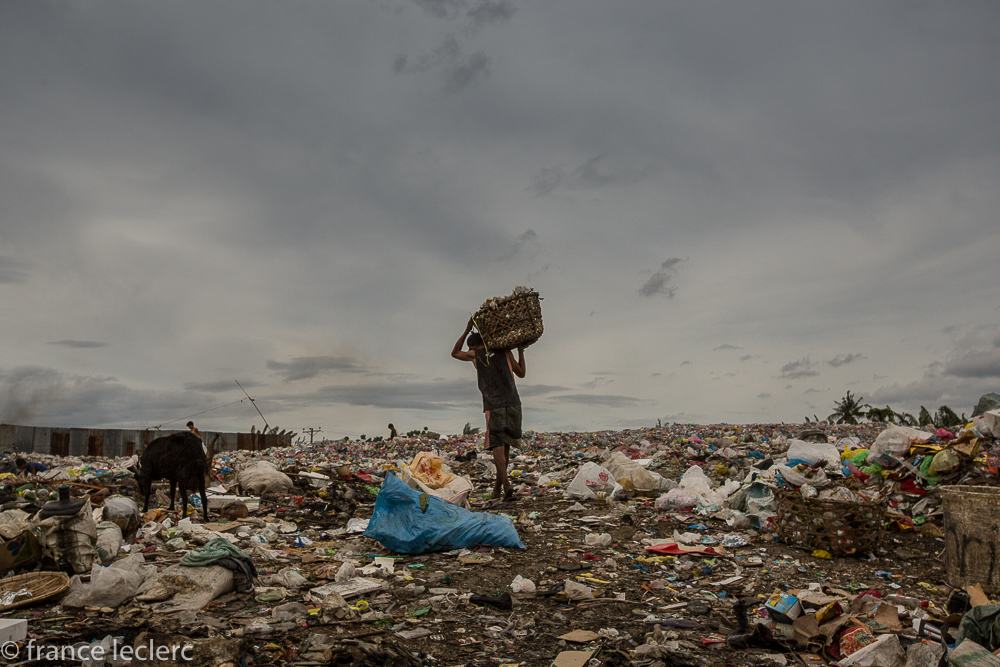 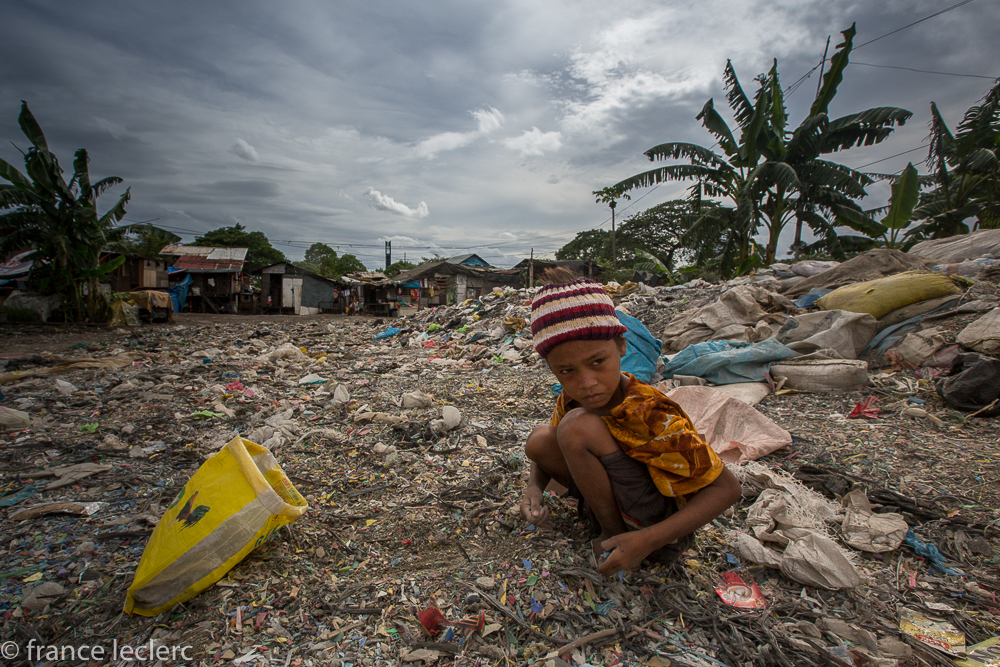 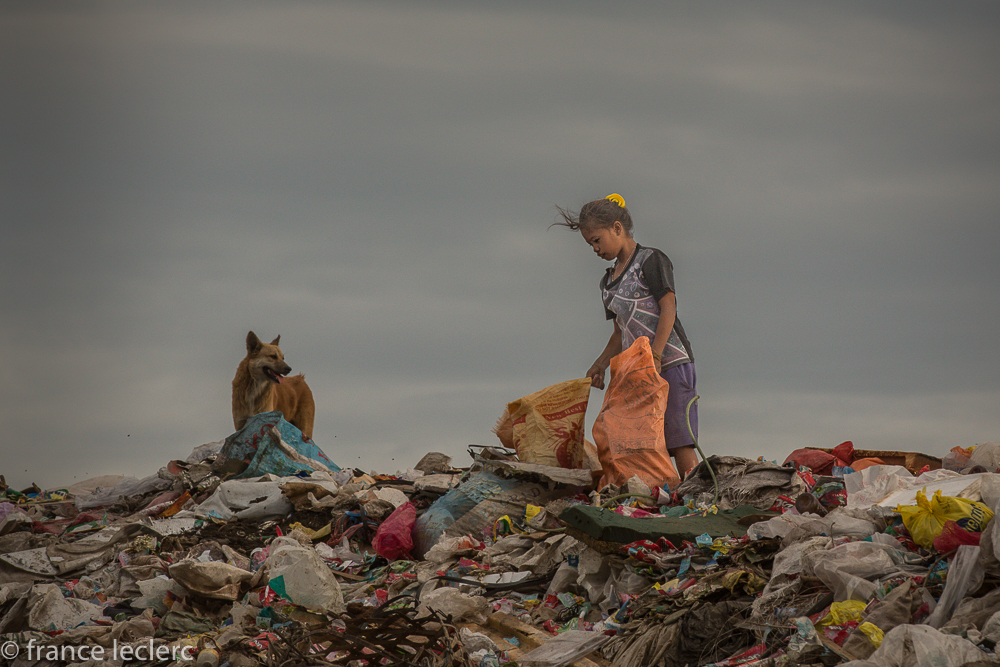 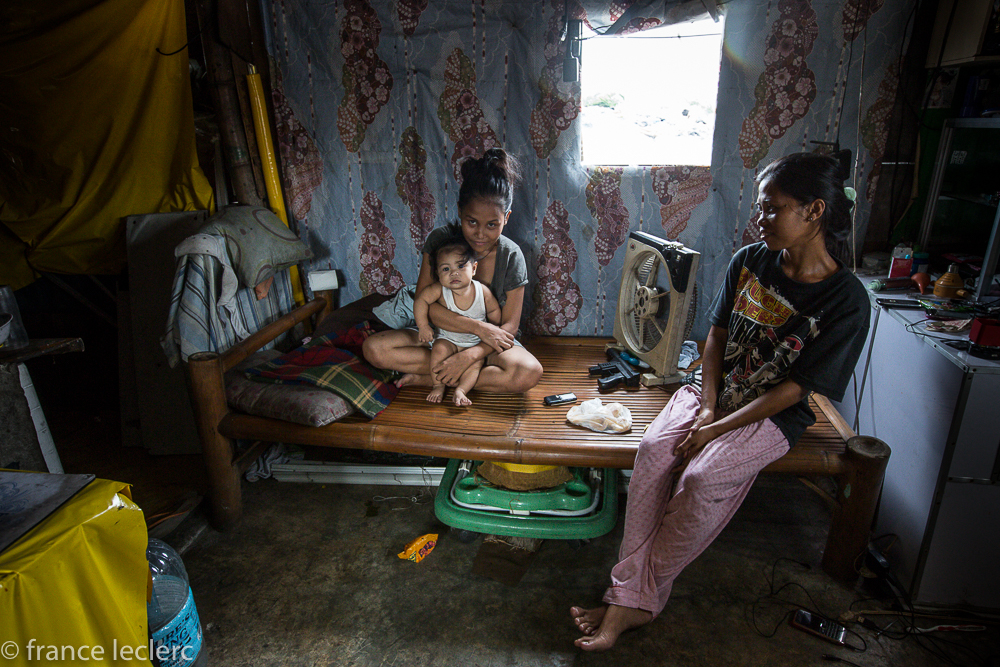 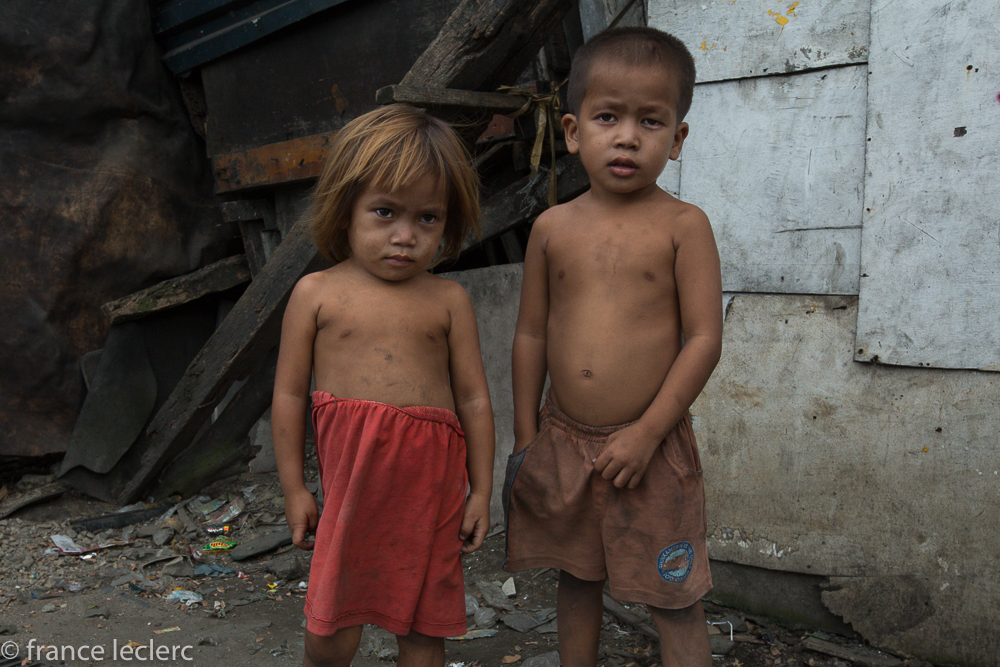 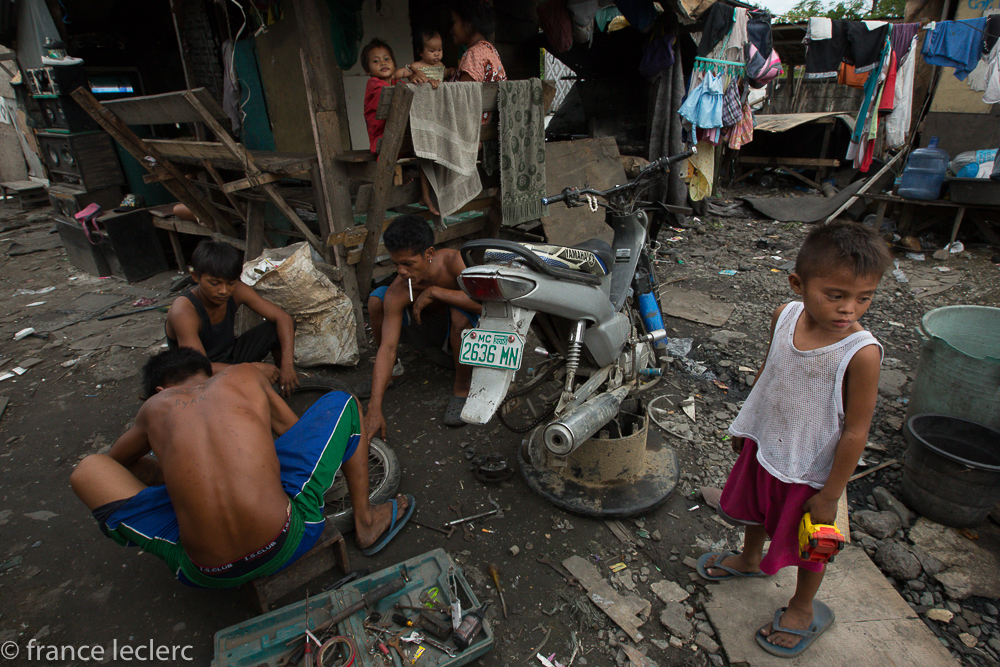 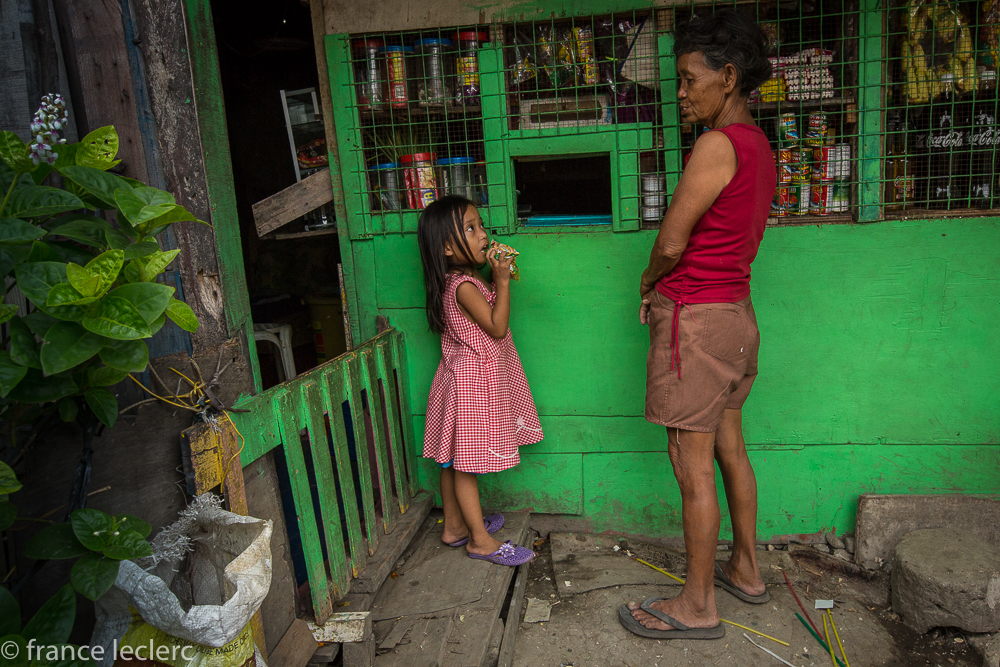 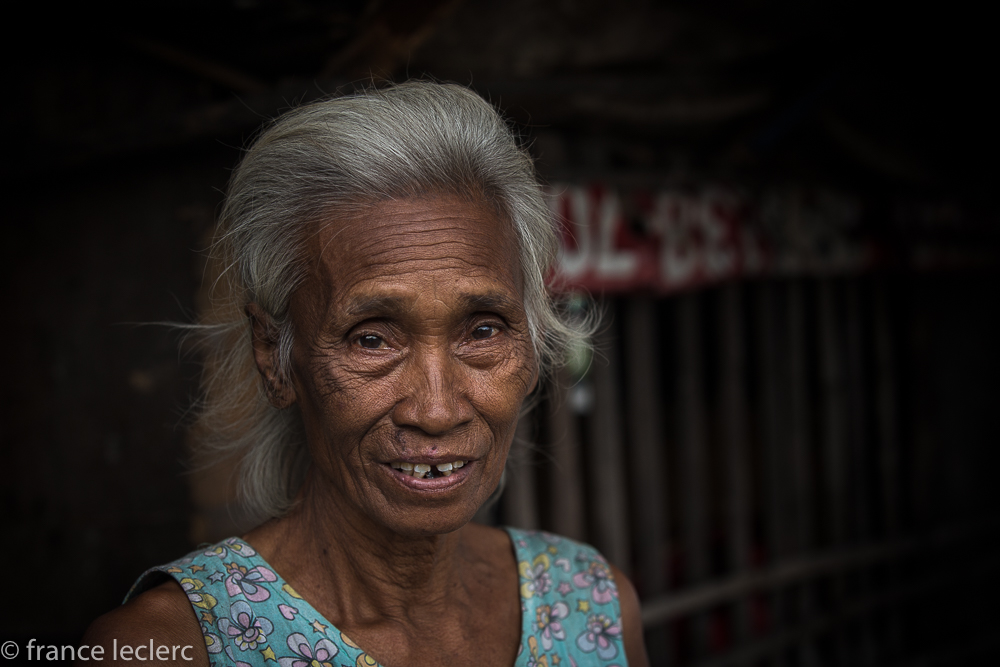 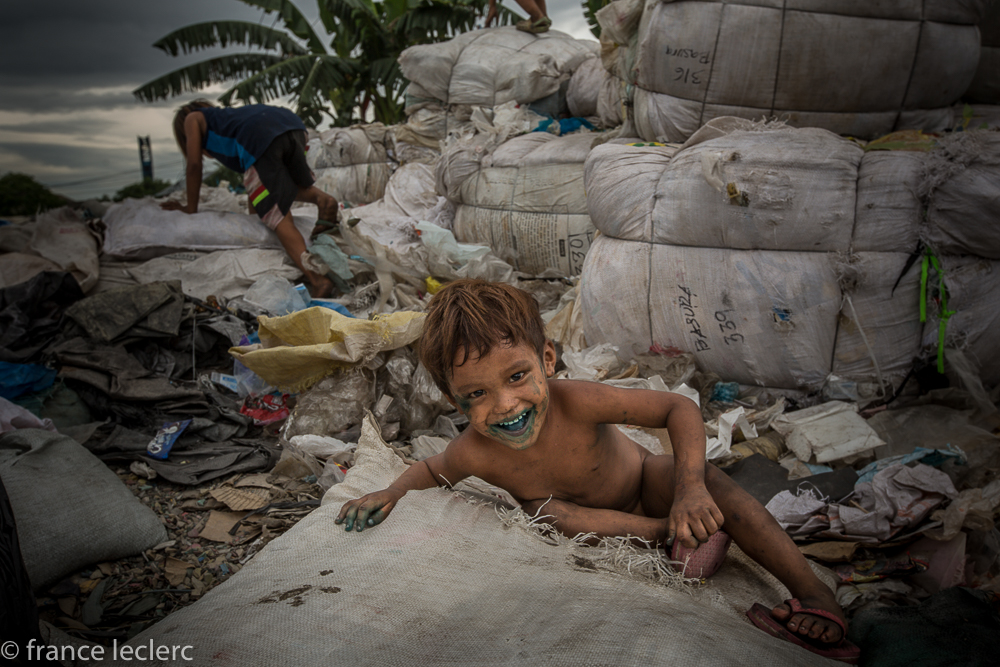 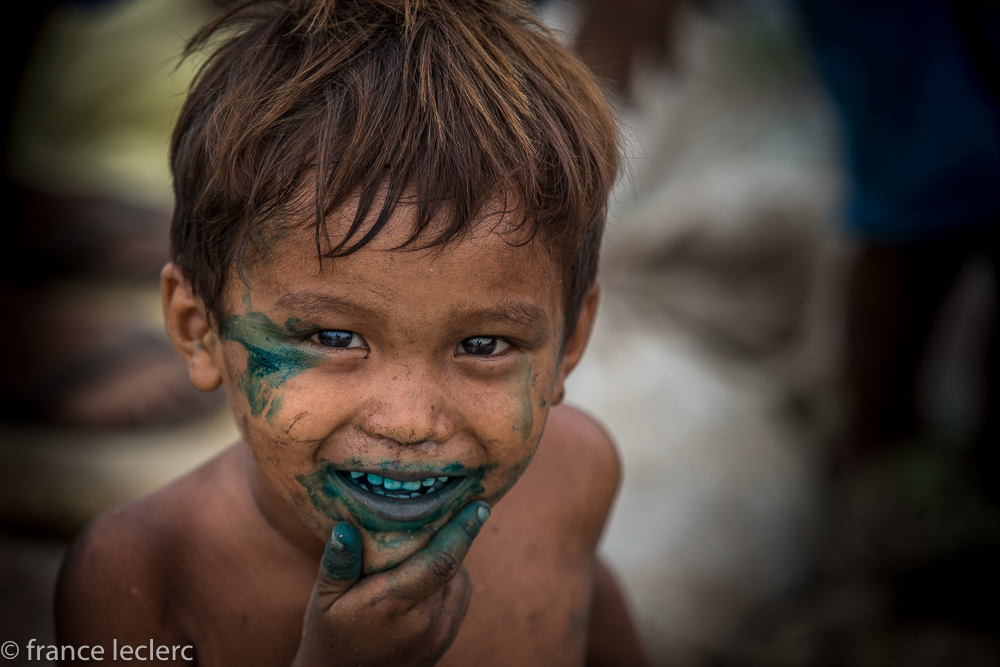 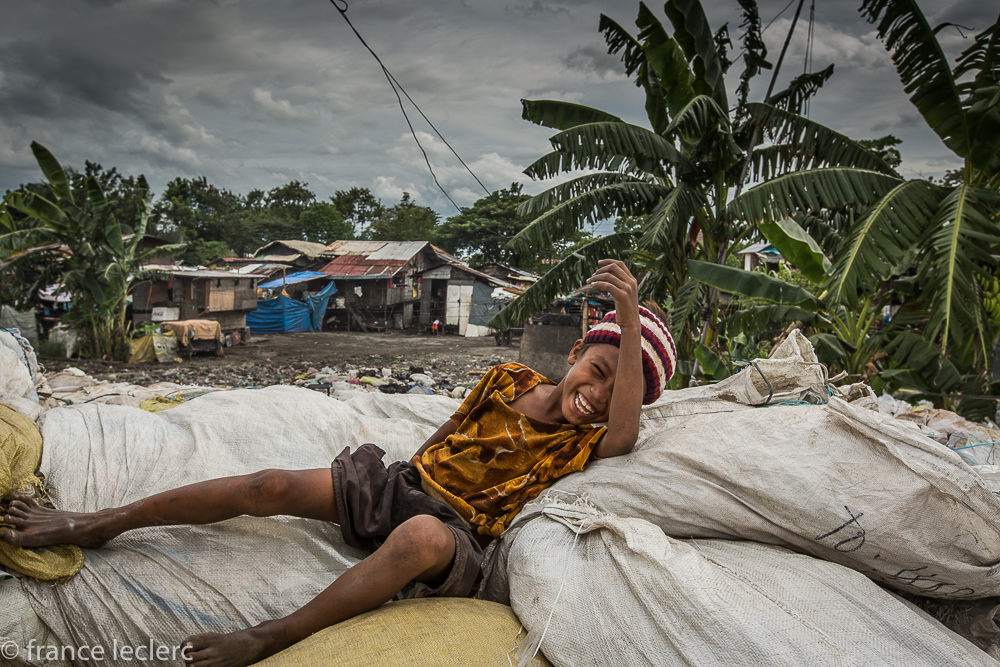 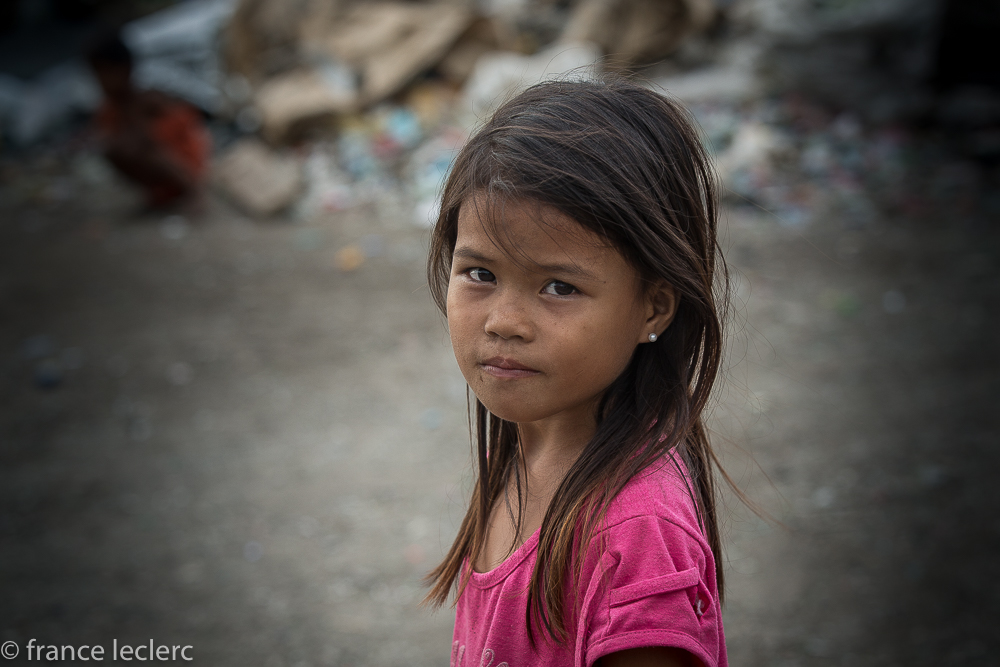 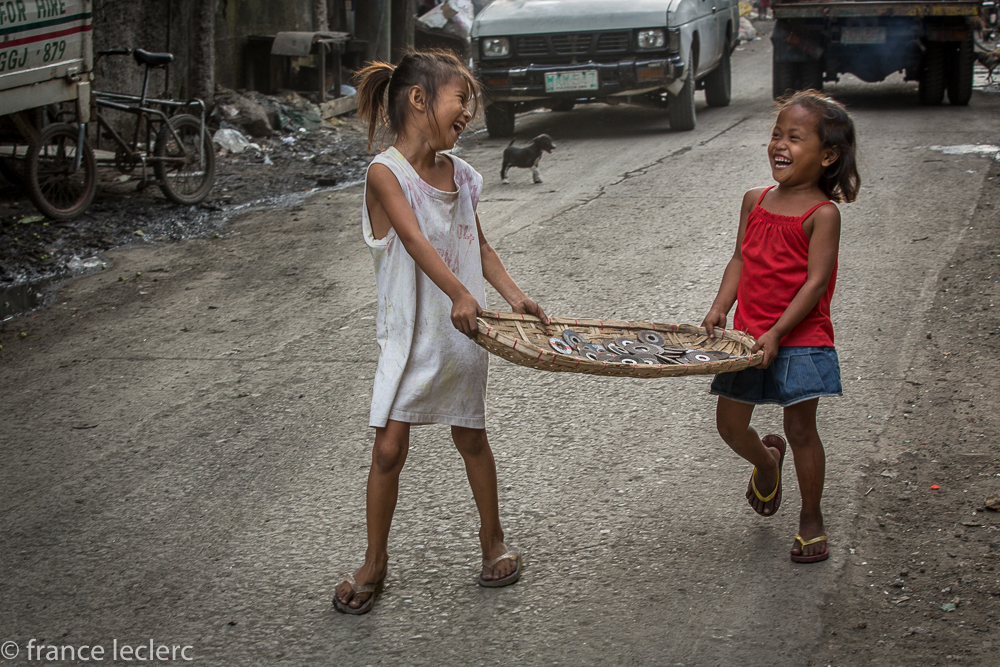 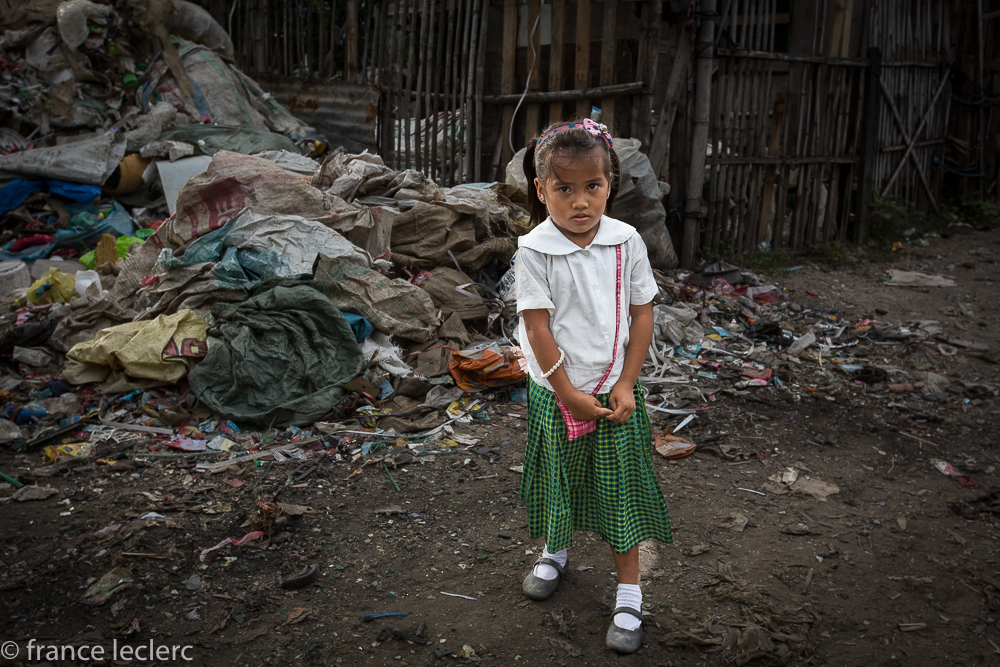 I was also quite impressed by a visit we made to a boxing gym also in Mandaue City.  Unexpectedly, given their small stature, Filipinos love boxing (as they do basketball which is also somewhat surprising). One only has to mention the name Manny Pacquiao, the world-famous boxing champion who grew up in the southern Philippines, to see the pride in any Filipinos’ eyes.  In general, Filipino professional boxers are highly respected for their aggressive style and world-class talents.  There is no doubt that Pacquiao’s success and world fame has inspired many young boys to follow their dreams of becoming a world champion.

When we show up at the Flores Boxing Club, there are approximately 12 young men already warming up for a full day of training that they pursue daily. Eventually, most of them would then proceed to fight with an opponent in a practice session. The gym prides itself on that it caters to boxing enthusiasts from all walks of life. The training appears to be extremely serious in spite of very basic conditions.  The gym is a far cry from one where westerners go to get their daily dose of sweat. But here in the Philippines, one has to do it with very little resources other than the help of your peers. Yet, these young men will still follow their dreams and in the process learn respect, discipline, and commitment and for that, they were an inspiration. While I am not suggesting that everyone, especially me, should pursue a career in boxing, may we all be able to follow our dreams a little more in this new year? 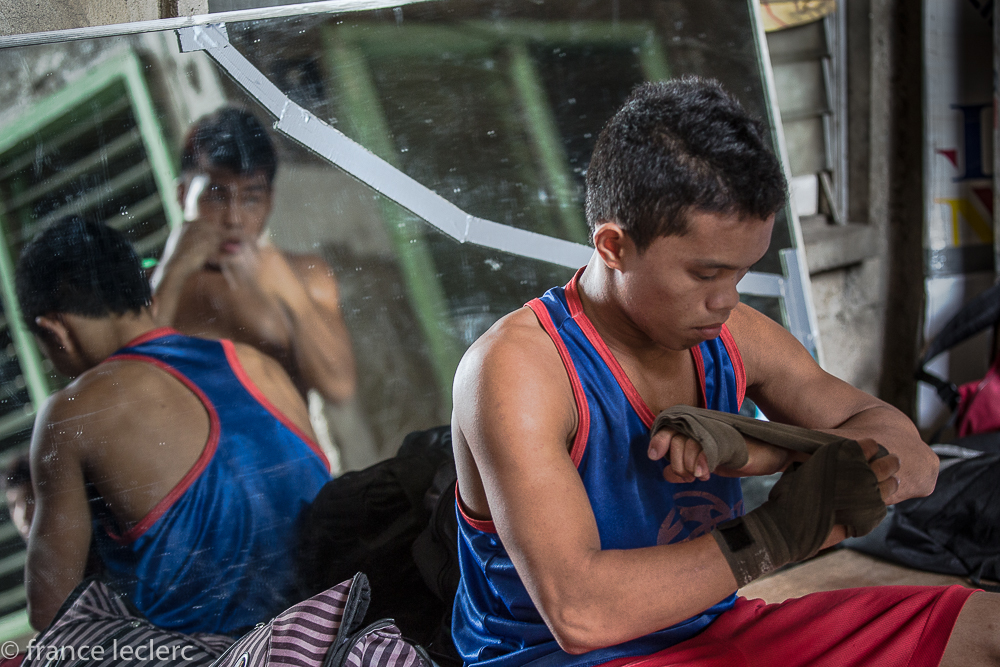 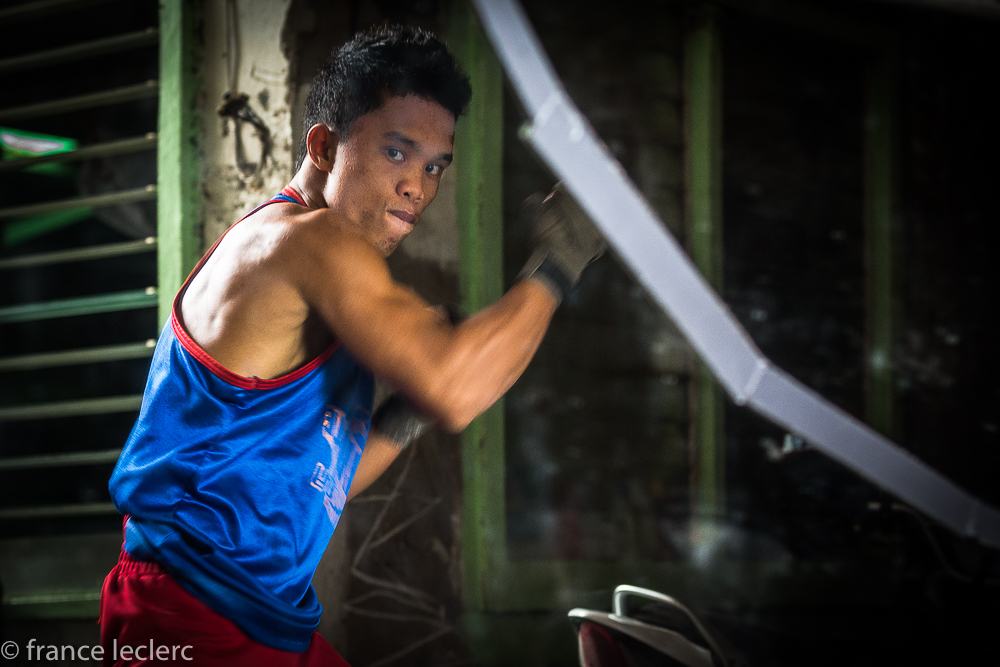 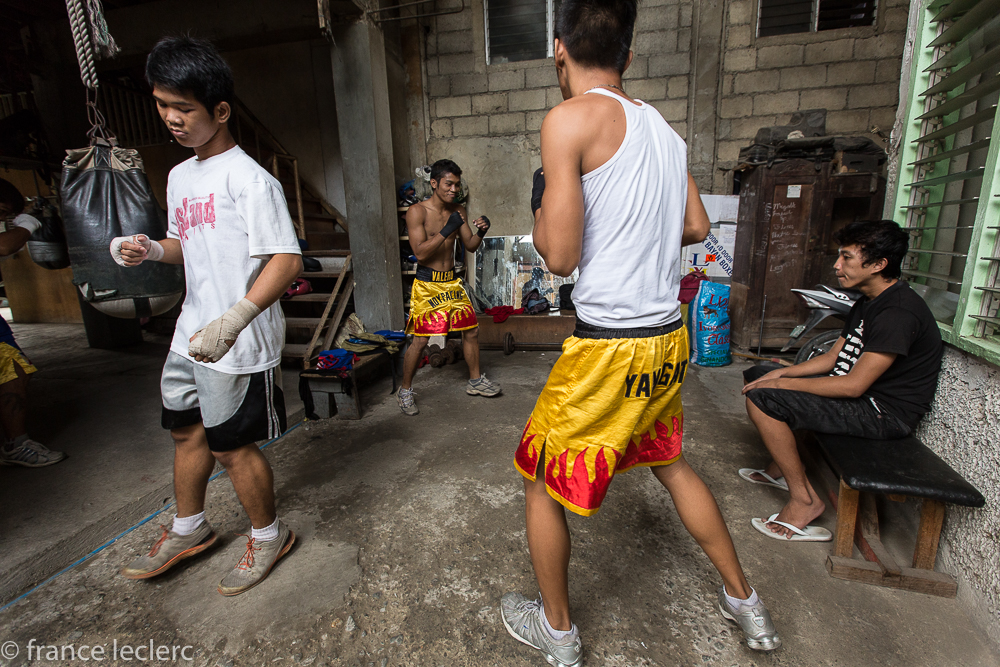 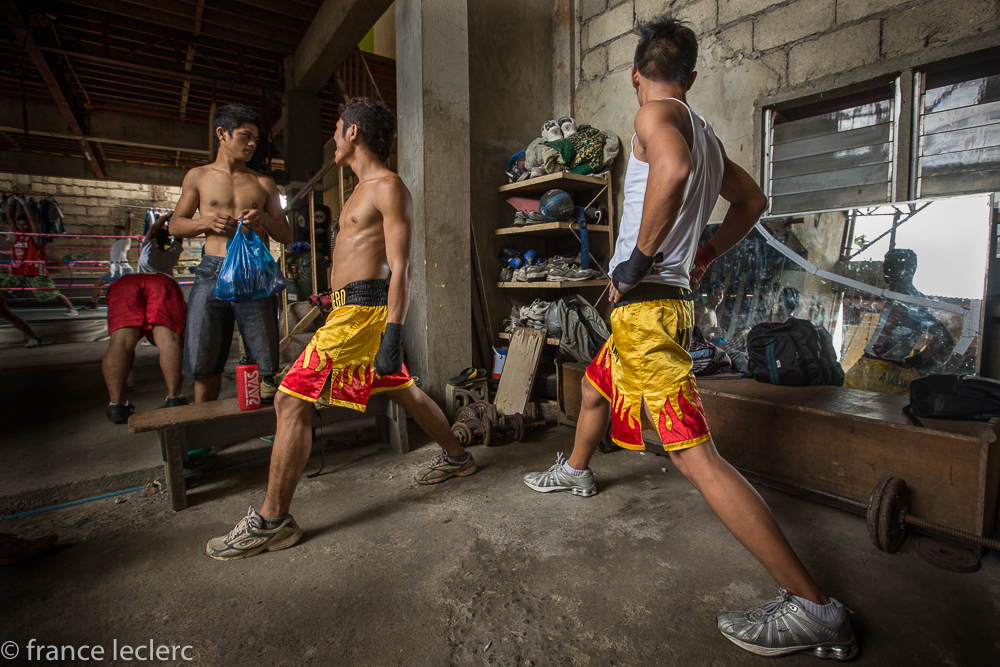 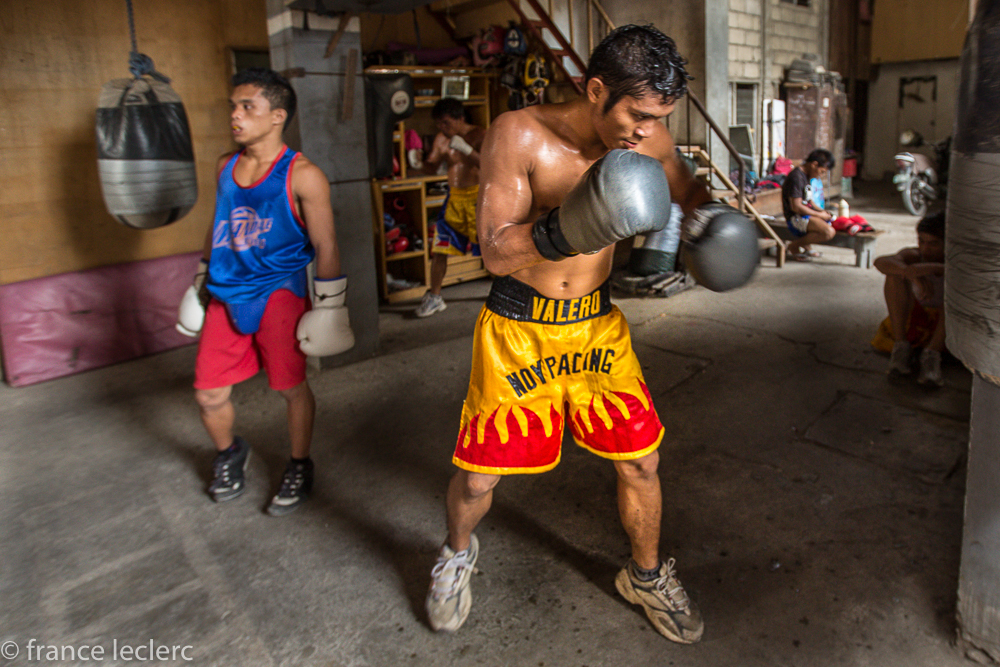 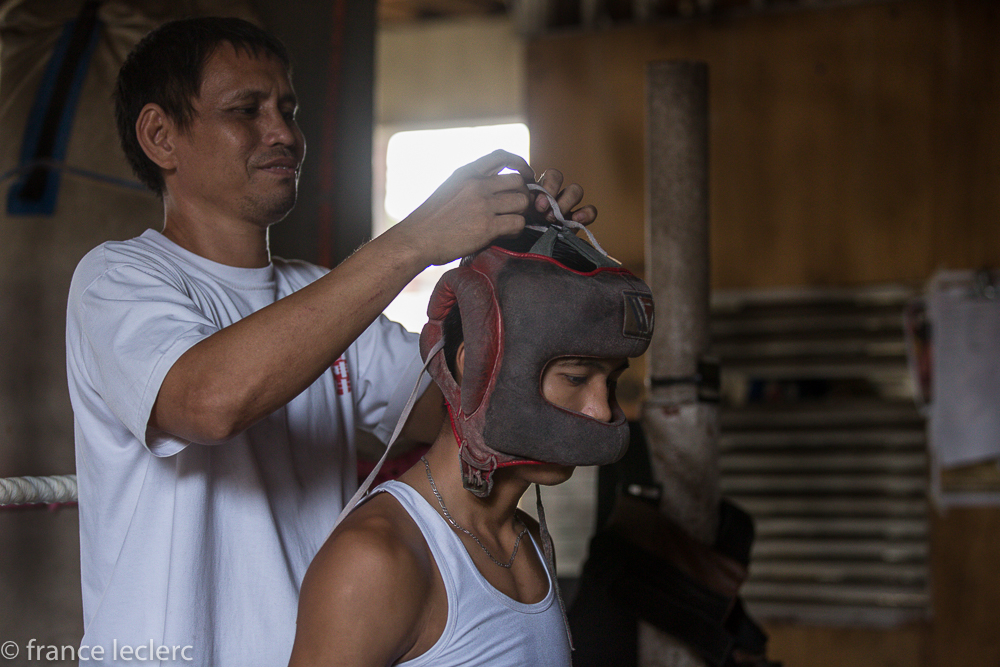 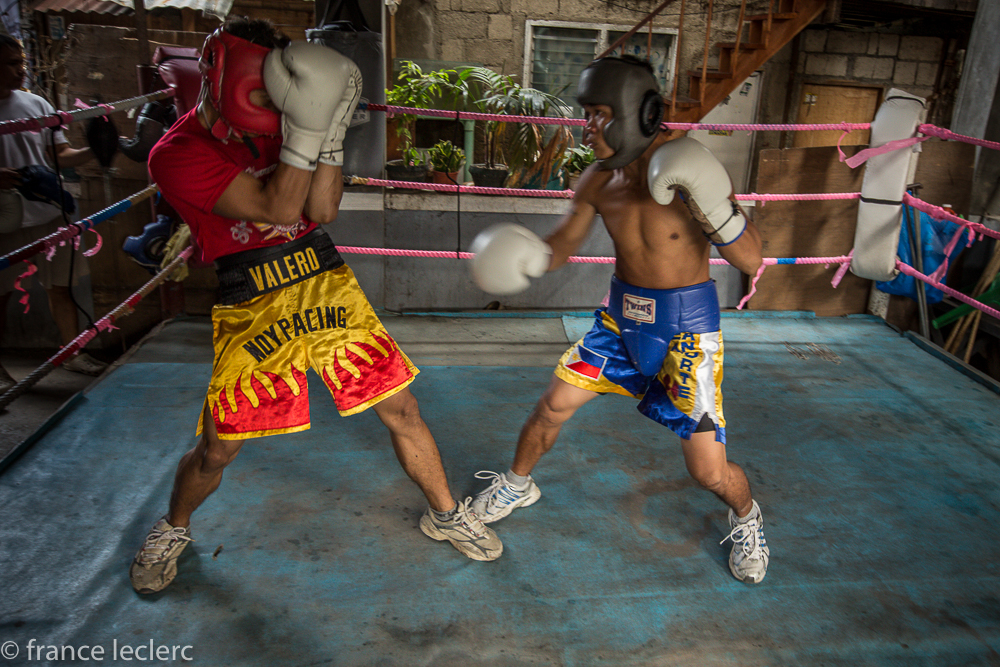 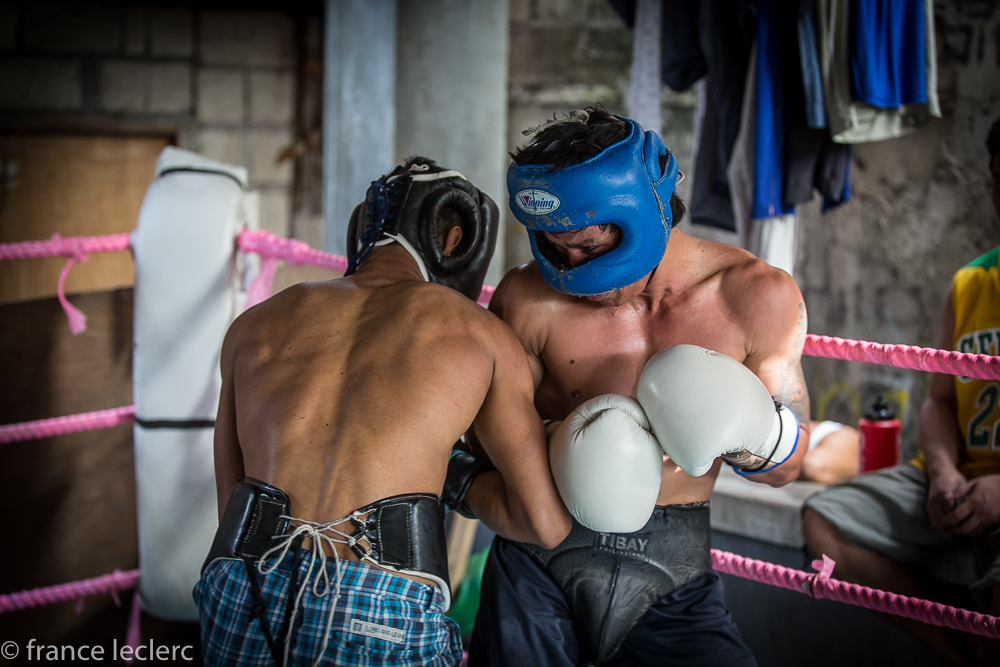 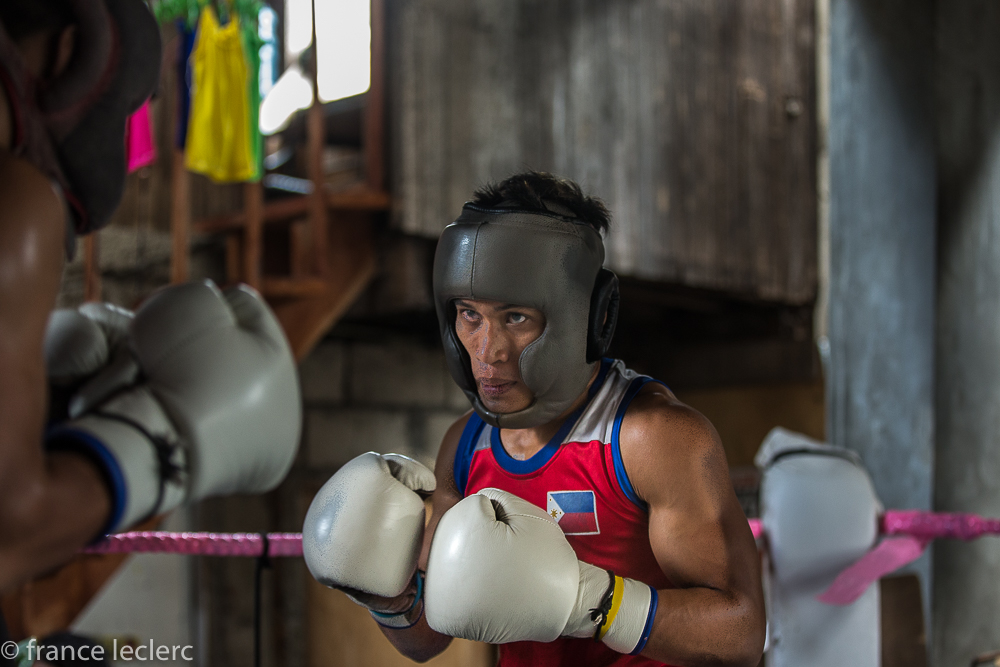 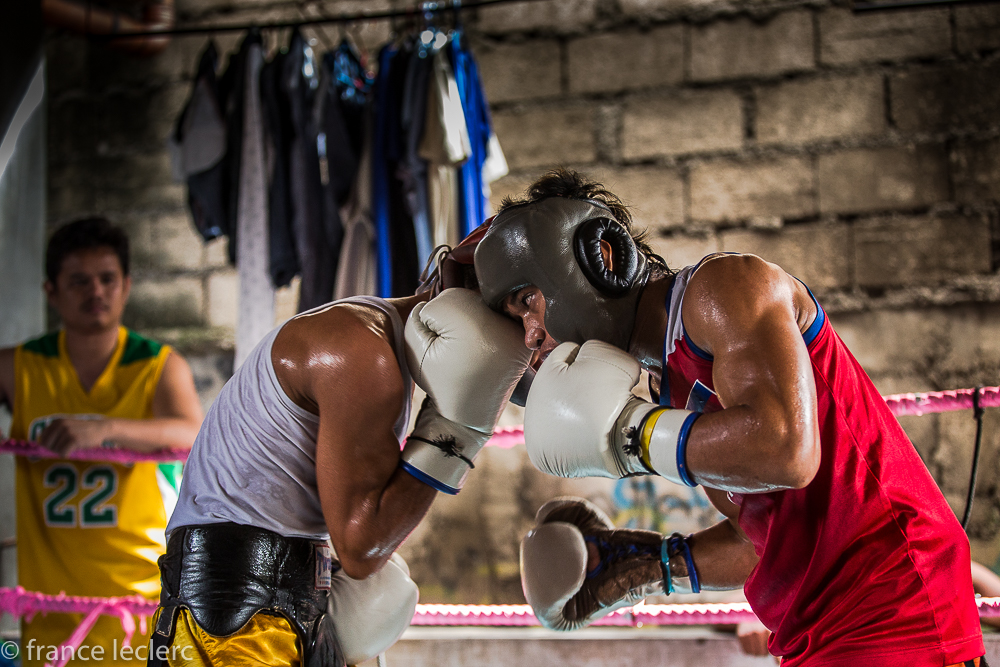 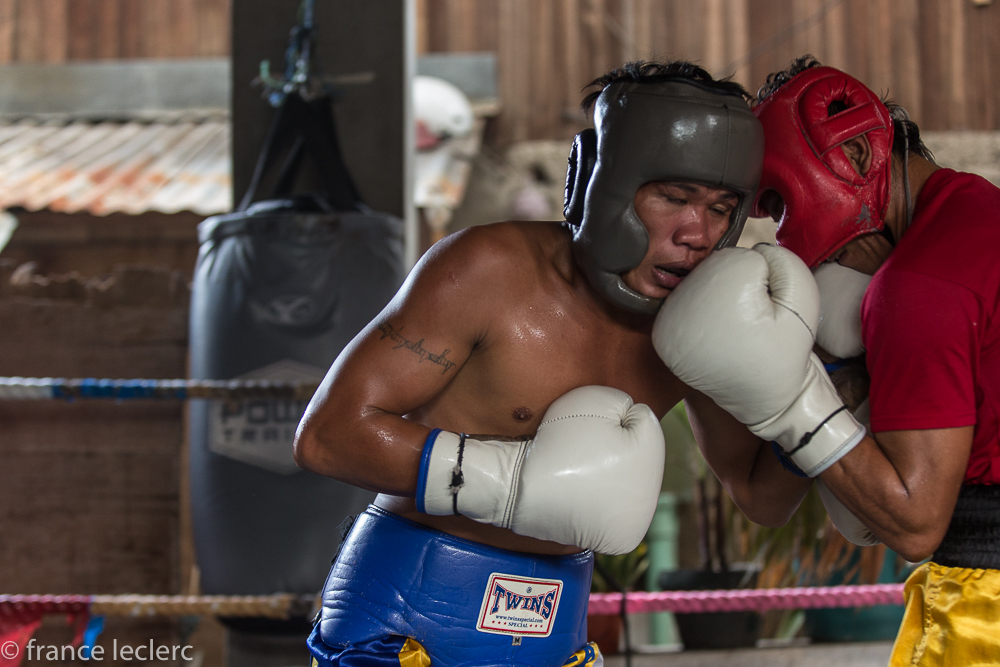