The Philippines, before the storm. 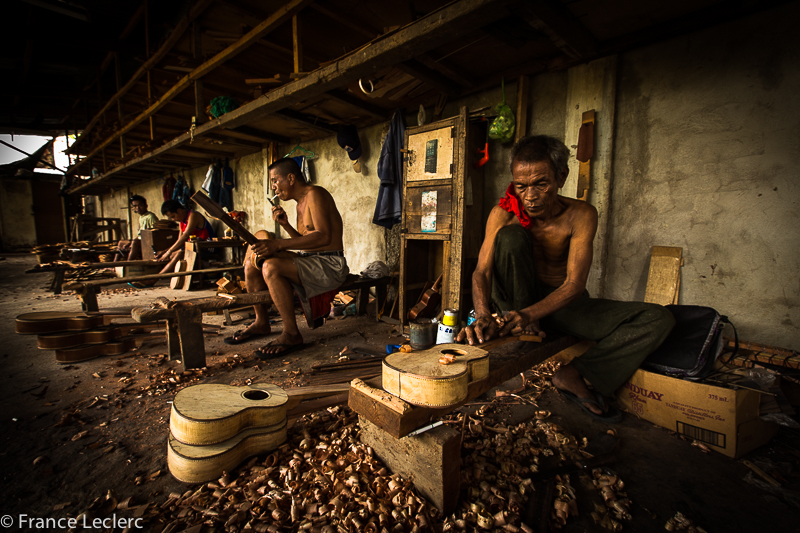 About two months ago, I spent some time in the Philippines with travel and documentary photographer Jacob Maentz.  While we spent half the time in the Northern Philippines visiting the Kalinga Tribes people, we also spent a fair amount of time in the South around Cebu City, the second-largest city of the Philippines.  Just last month, Cebu City experienced a major earthquake and three weeks later, it was in the path of typhoon Haiyan (or Yolonda as they call it locally), Philippine’s deadliest natural disaster on record.  So it is with a heavy heart that I think back about the wonderful people I met (and the millions of others I haven’t met) and how their lives have been shattered.  As we now have all seen images of the catastrophic destruction suffered by the Filipinos, I am hoping that sharing my images of life as it was before the typhoon may inspire all of us to help some more.  I don’t know how the people in my images were affected personally, but I know that many just like them are suffering greatly.

Life is not easy for Filipinos in the best of times, yet they are welcoming, friendly and hard-working people.  For this first post on my journey to the Philippines, I decided to focus on three different “trades” practiced in and around Cebu City; starfish and sea urchin shells decorating in Olango Island, vegetable growing in Dalaguete and guitar making in Lapu-Lapu.

Olango is a small island, which is reached via a 20 minutes ferry-boat ride and is the home of a migratory bird sanctuary.  The island’s main industry used to be fishing, but sadly the waters around Olango have been depleted, partly because of the use of destructive fishing practices (blast fishing and cyanide).  Even though there is still some fishing going on, it is mostly for local consumption, so islanders had to develop other sources of income.  The people we visited work hard at transforming starfish and seashells into home décor accessories.  Some of these seashells are collected in Olango, but mostly they are brought in from surrounding islands.  Among the numerous steps in the process, starfish and seashells are bleached, then dyed in an array of rainbow colors (though some are kept natural) and dried in the sun. They will then be sorted based on their dimensions and will eventually make their way for exportation or a local curio shop. Although this small industry seems to currently provide a livelihood to a number of islanders, one has to wonder whether this resource will get depleted over time as well. 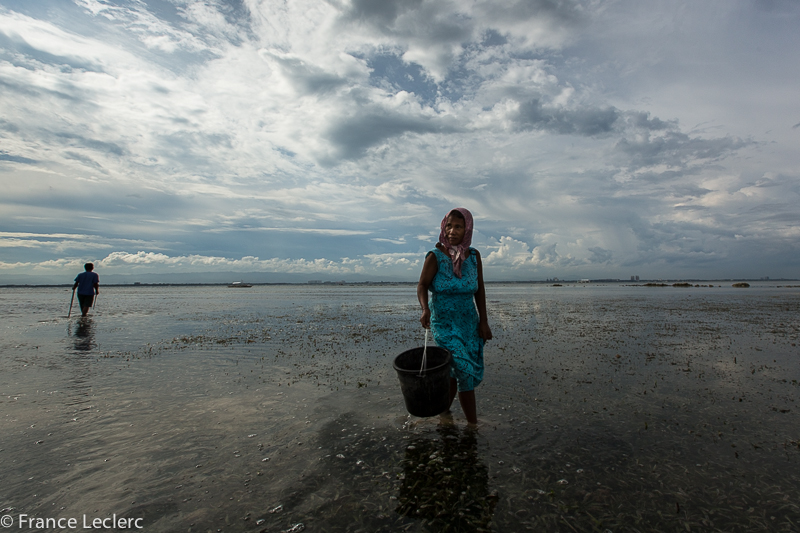 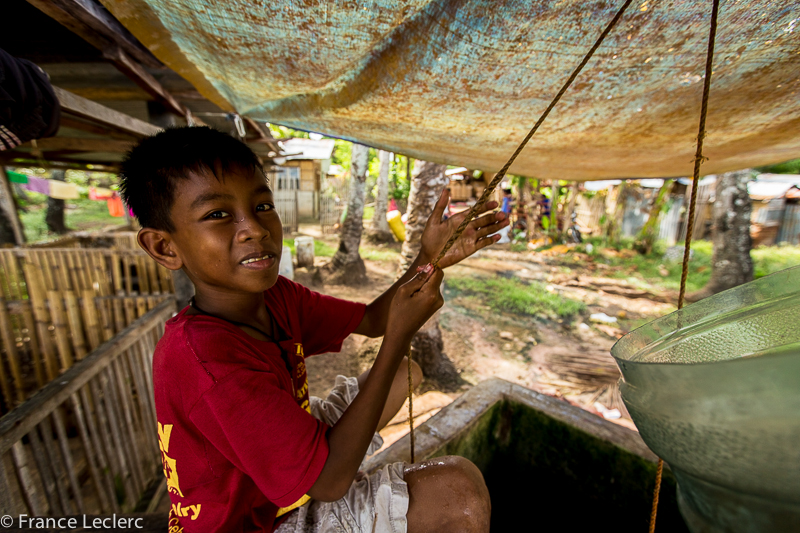 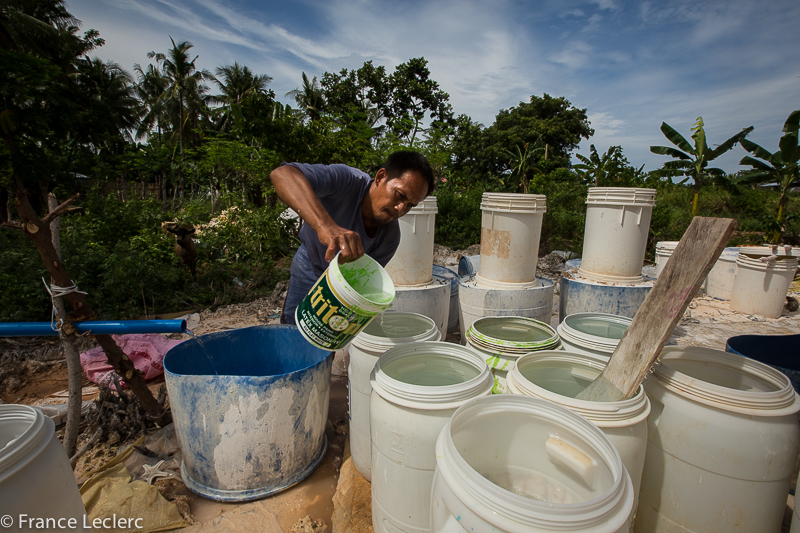 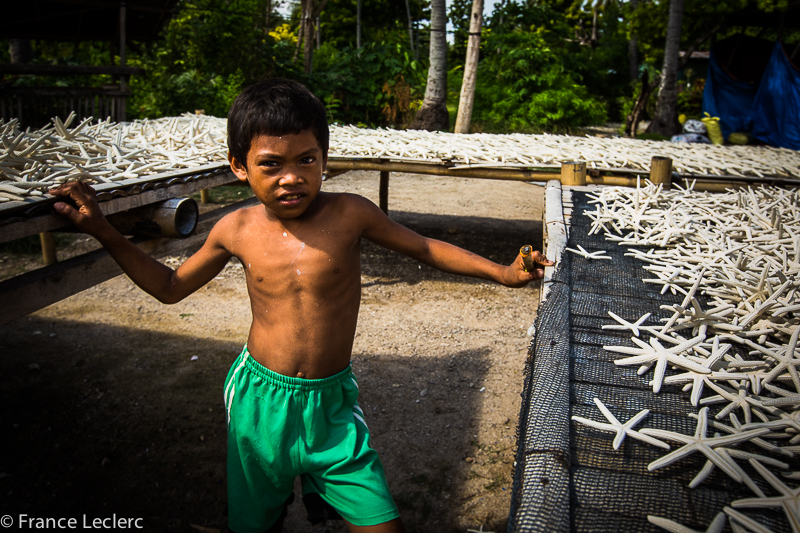 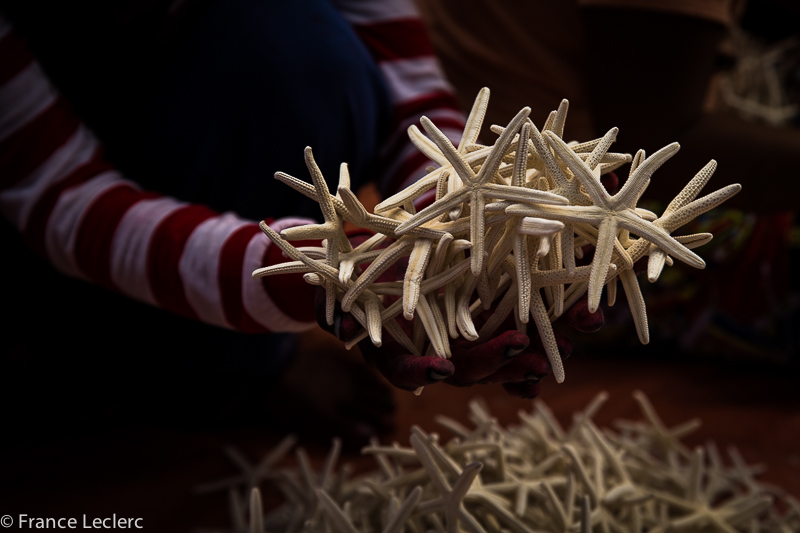 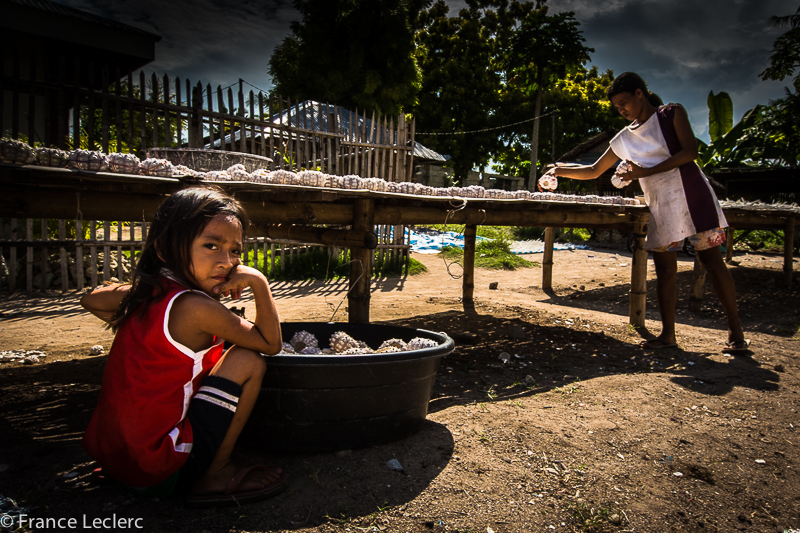 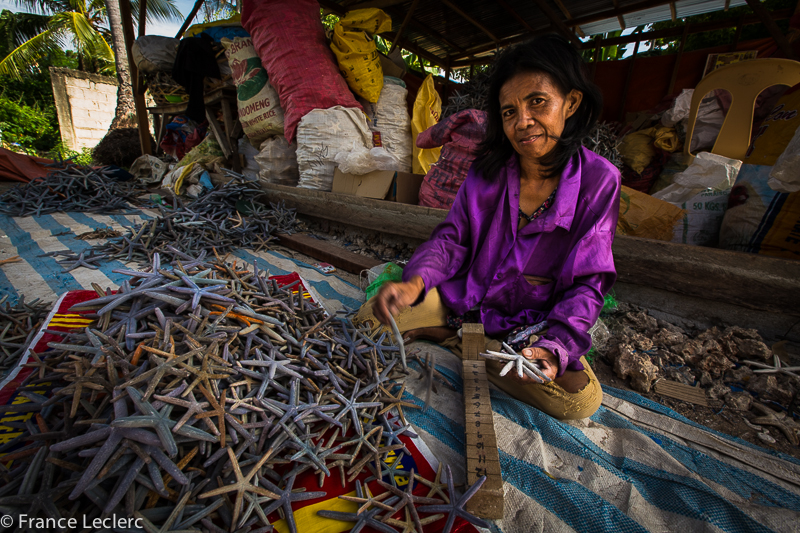 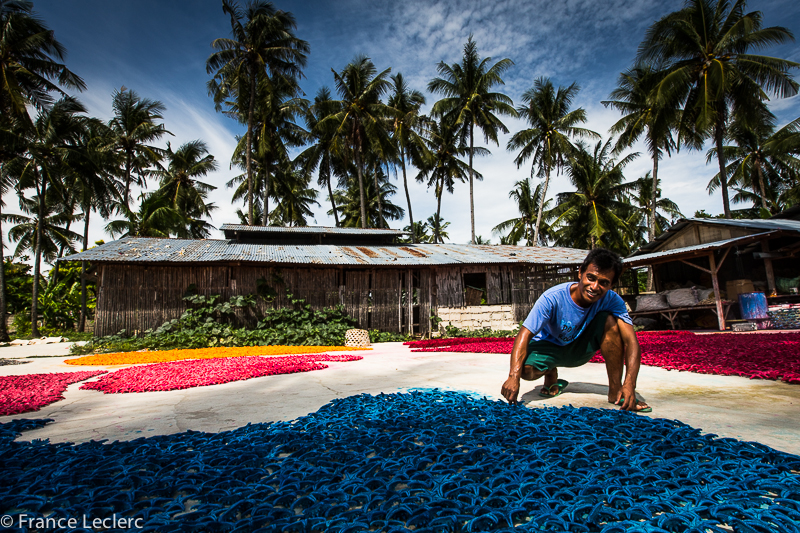 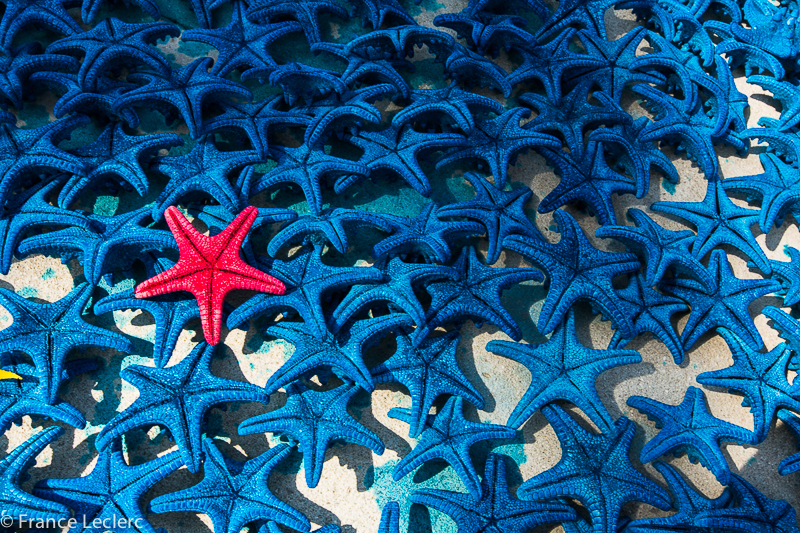 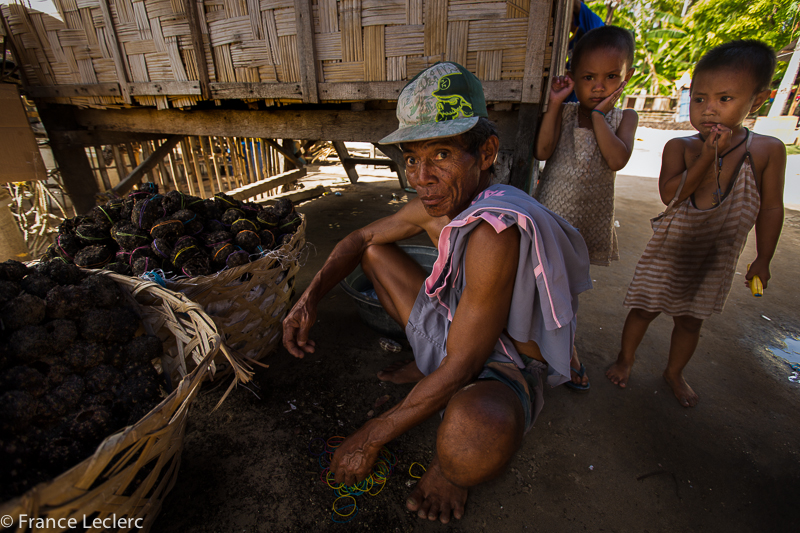 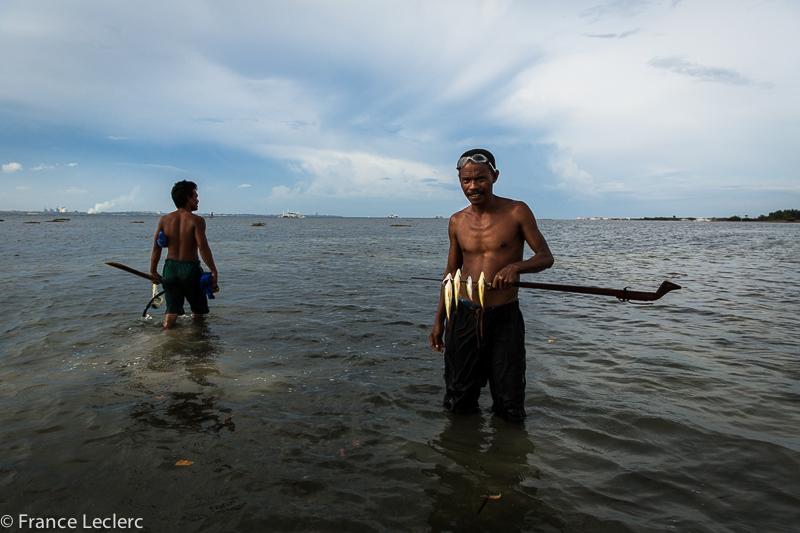 Called the “Vegetable Basket of Cebu”, Dalaguete is a small municipality in an area around Mount Mantalongon, about 2 hours south of Cebu City.   The misty foothills of the picturesque mountain range provide the perfect climate for growing wholesome vegetables.  An average of 60 tons of vegetables is harvested every day and then transported to neighboring cities and islands.  We visited some farmers in the field in the midst of picking their crops. To carry the vegetables, the locals have developed a special trapezoid-shaped basket that they carry on their backs.  Although the baskets used to be carried by the farmworkers from the fields to the central market by foot, now some motorcycles are providing this service.  Once a basket is delivered, it is weighed (some of them weigh up to 150 kilos) and the vegetables will then be reorganized and sent by truck to their final destination. 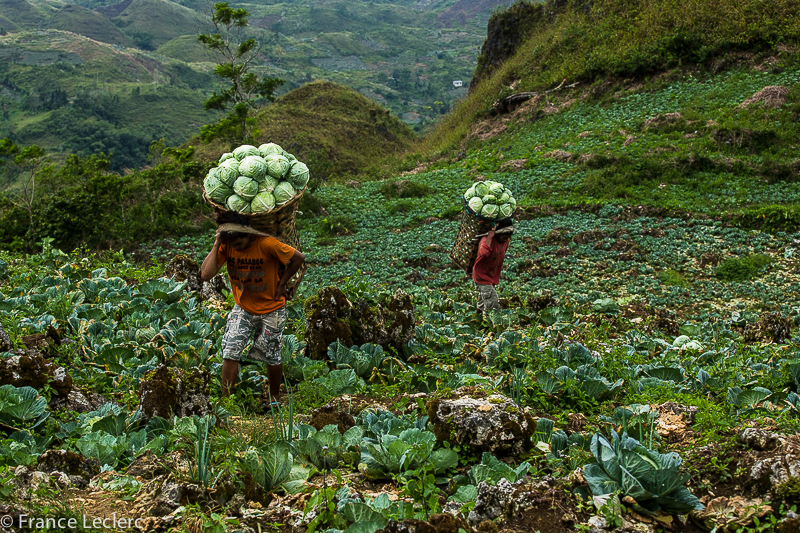 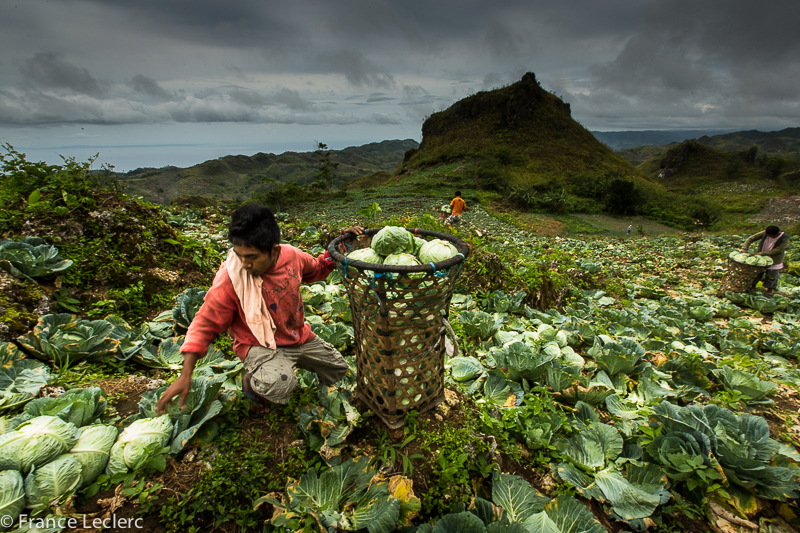 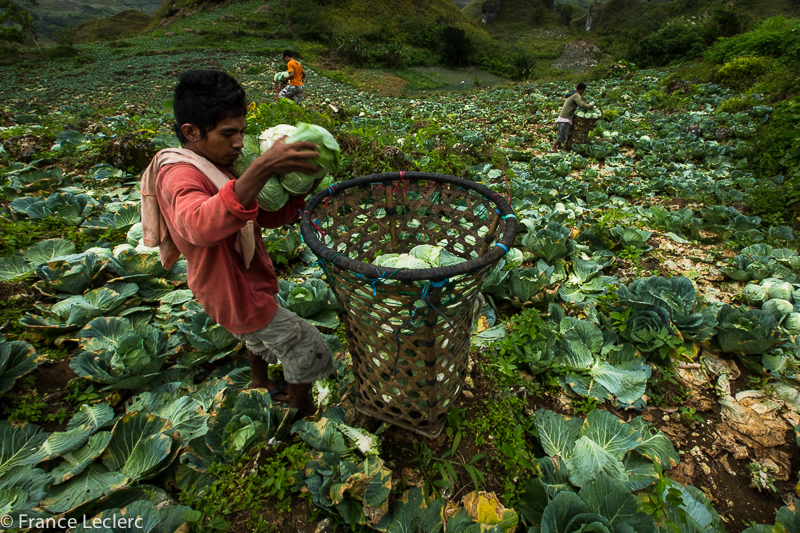 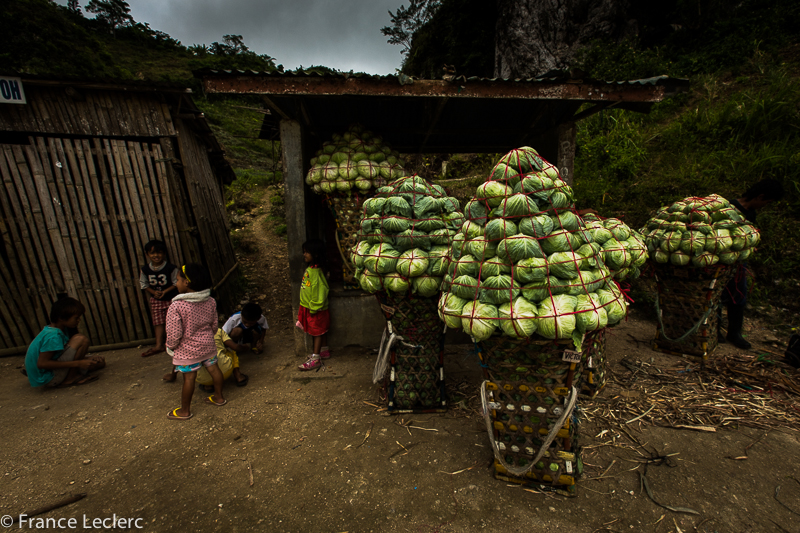 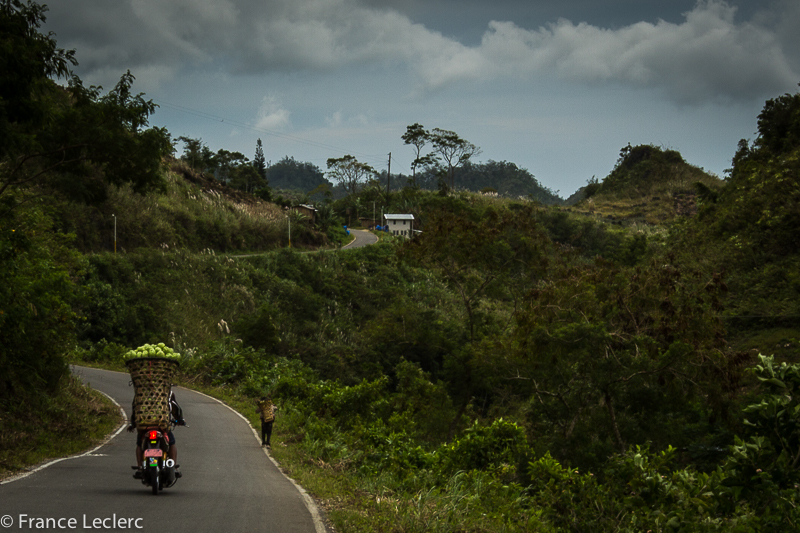 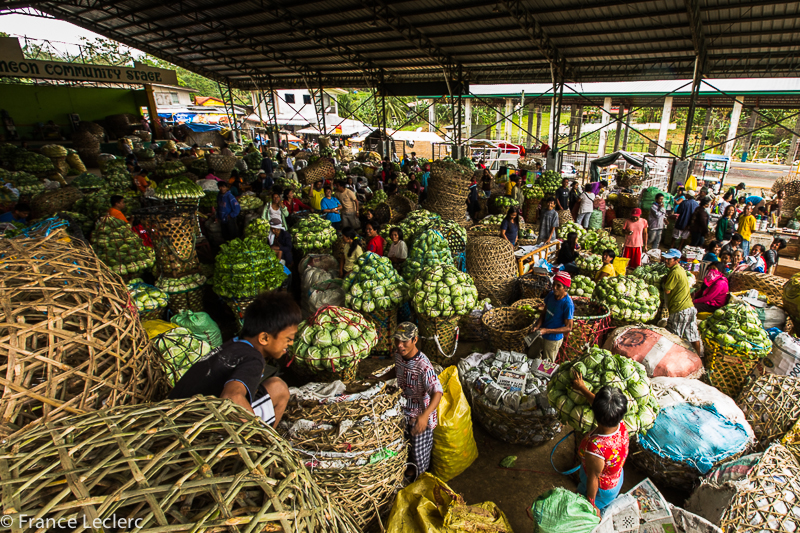 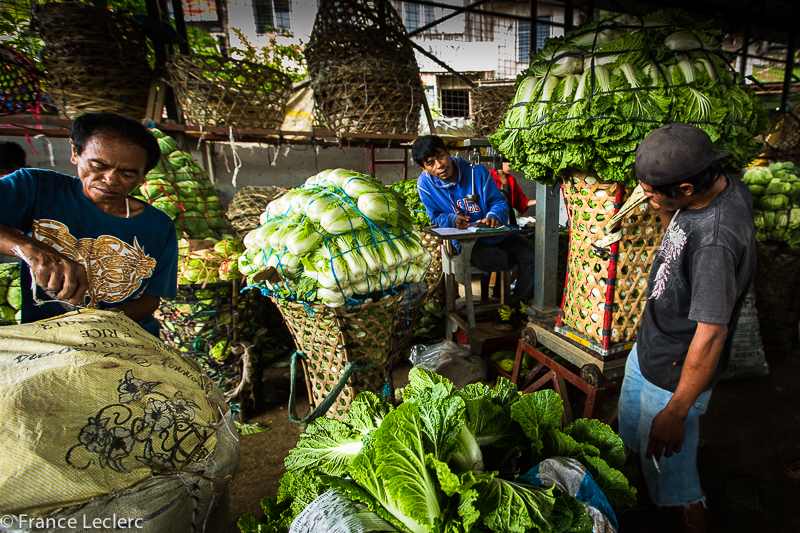 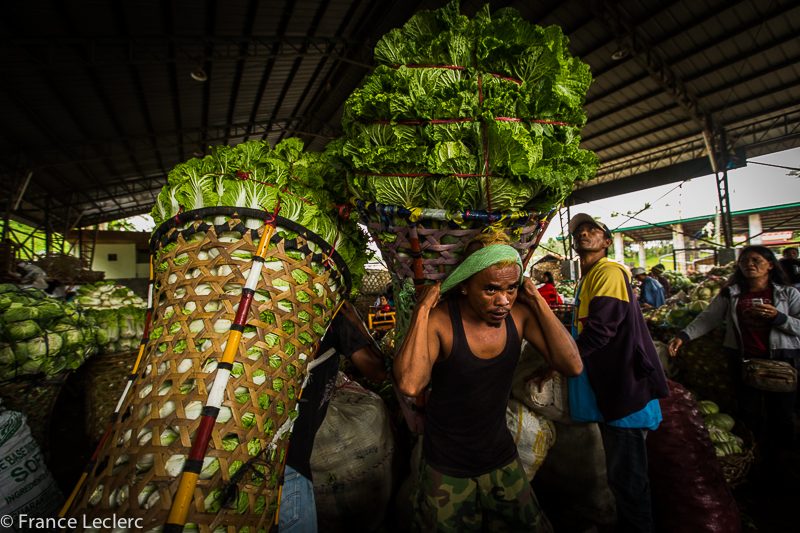 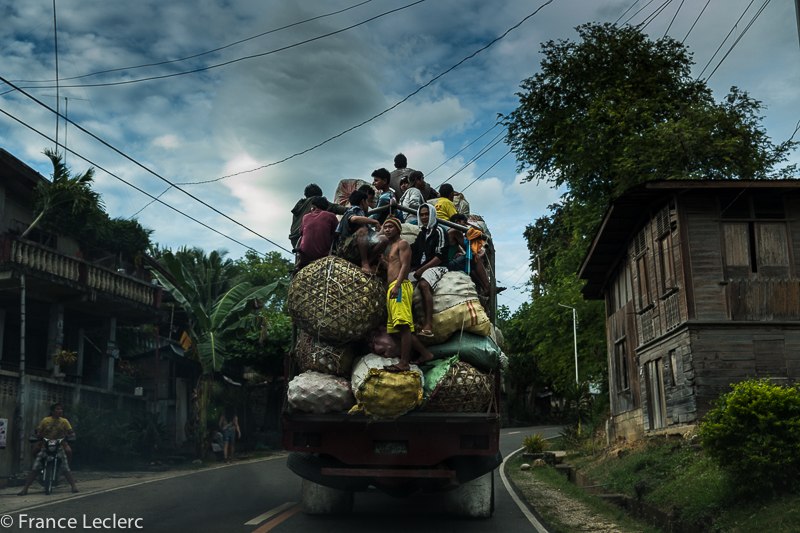 Artisans in Lapu-Lapu (a bridge away from Cebu City) have been making guitars for a very long time as the industry started when the Spanish friars assigned in Cebu in the 1800s needed to repair the guitars they were using.  It has survived since then because Filipinos have mastered the skills to produce very high-quality musical instruments, and they do so using wood from all over the world.   The guitars made in Lapu-Lapu are all handmade, using the same tools that were used more than one hundred years ago. We paid a visit to a very reputable guitar maker (most of them are family businesses) and could appreciate the many steps and special skills involved in the fabrication process from storing and treating the wood to varnishing the final product.  Of course, a visit to the factory would not be complete without listening to these famous guitars, which we did delightedly at a nearby store. 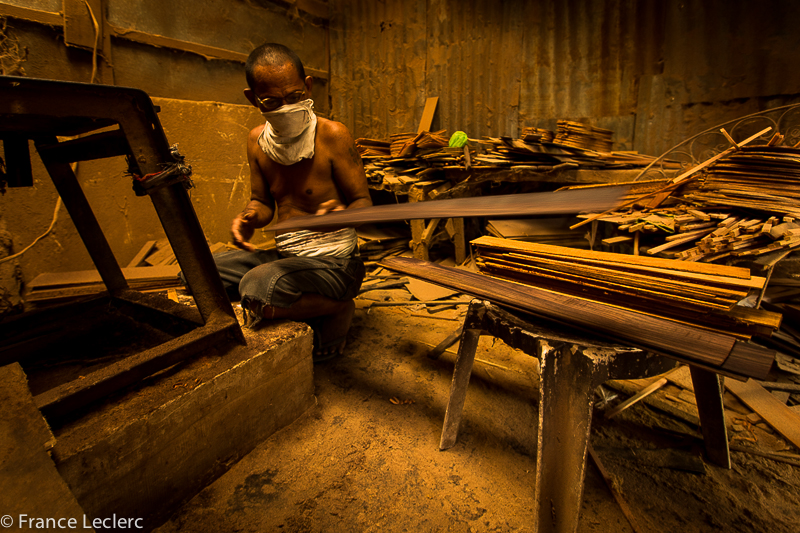 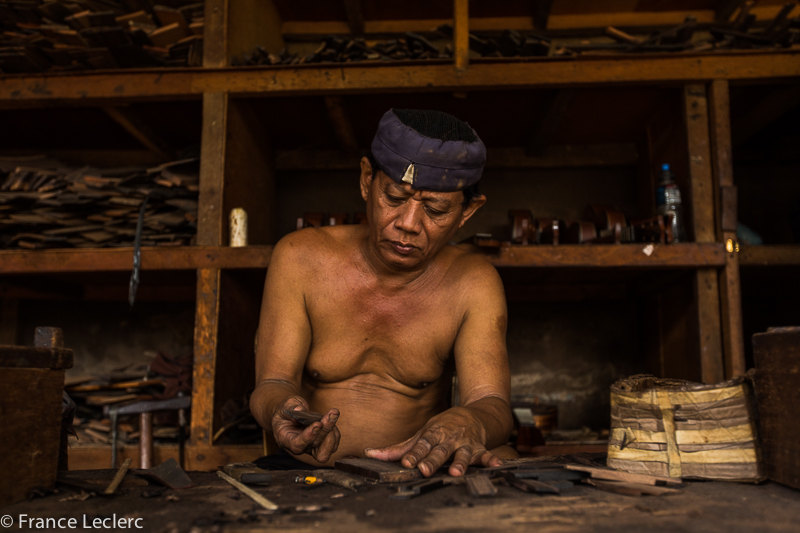 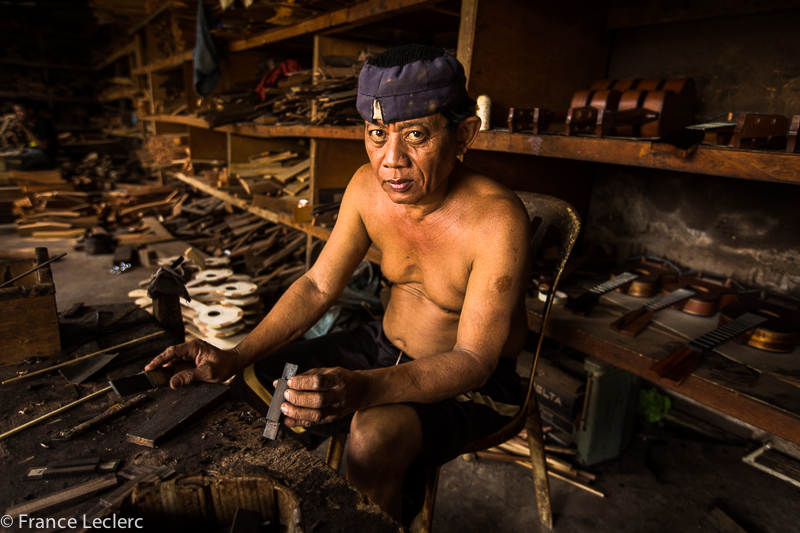 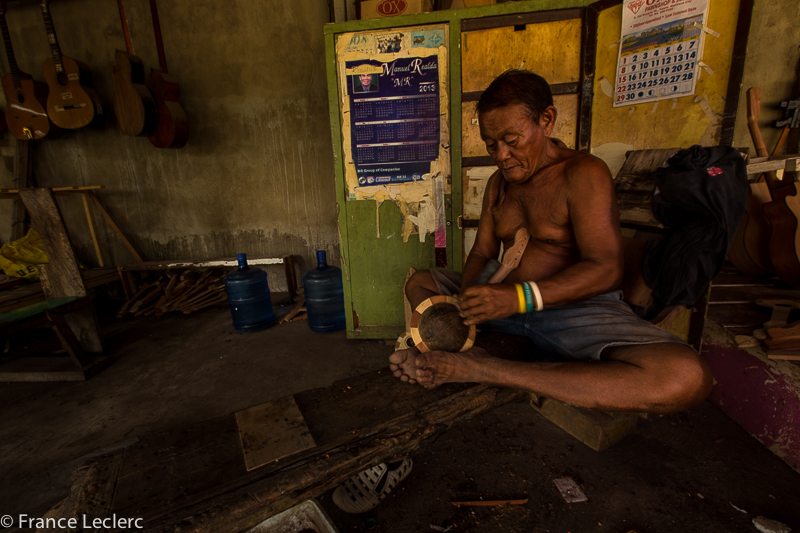 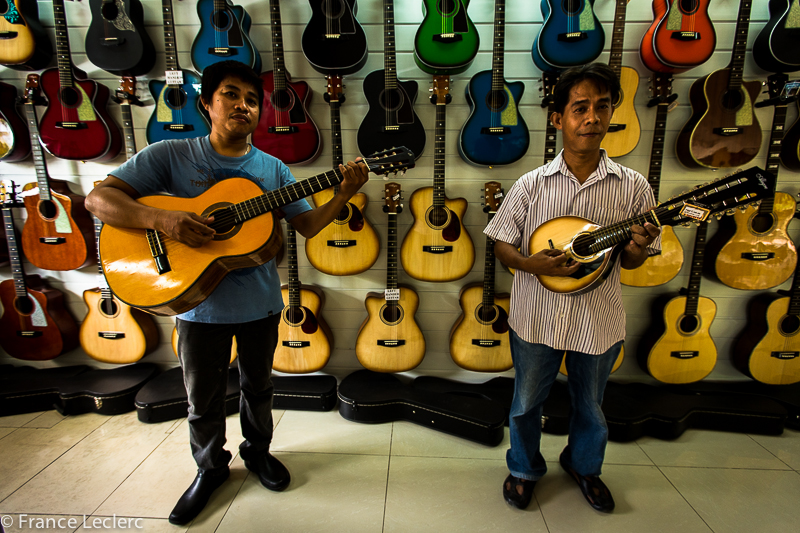 Let’s all help the people of the Philippines getting back to a normal life.  You probably have your own favorite relief organizations.  If you don’t, here is a trusted one that has a special fund for victims of the typhoon.   www.redcross.org