Apatani and Nishi Tribes, in the Land of the Rising Sun! 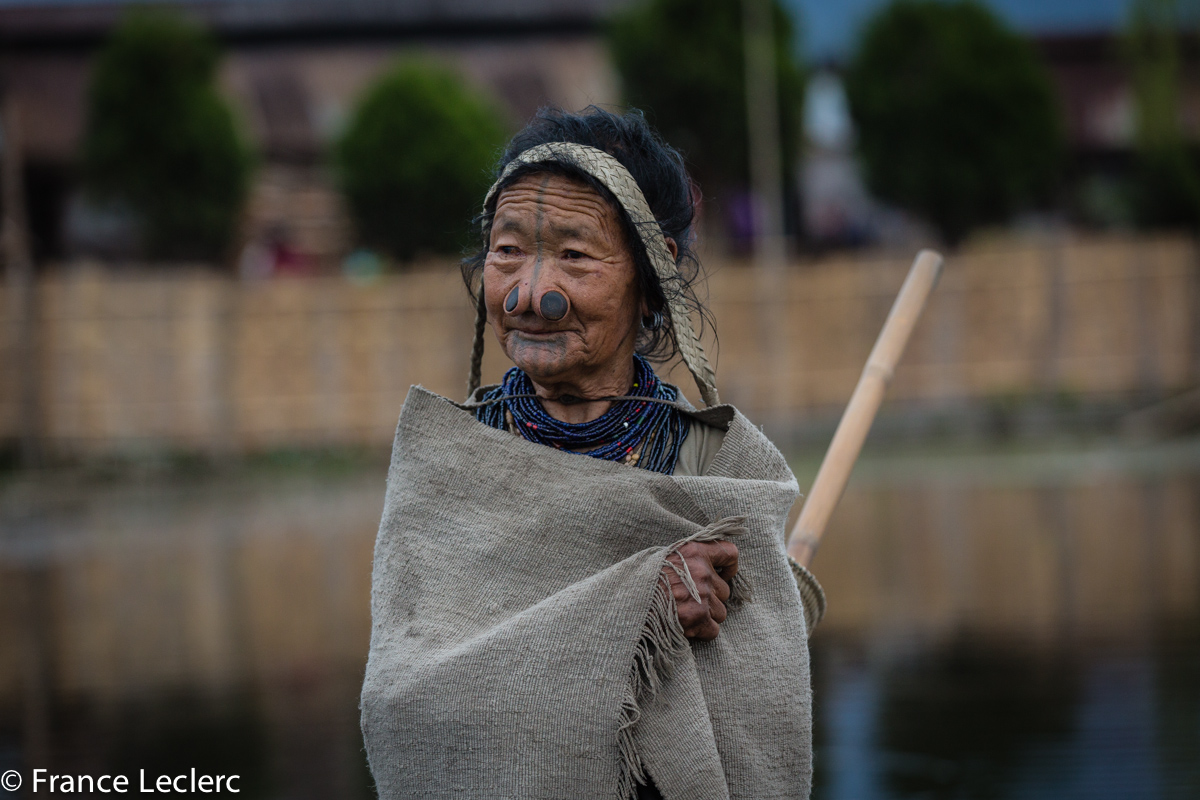 If you have read this blog before, you know that I am a big fan of India and of its diversity.  You probably also know that I am attracted to remote, isolated areas.  Well, I was well served on my last adventure, which took me to a part of India that used to be called the North-East Frontier Agency (NEFA). (If the name conjures up images of the American Wild West in your mind as it did in mine, it is not entirely inaccurate as the terrain is rugged, with a landscape of pine-clad mountains and dramatic valleys.  So I guess one can think of it as the Indian Wild East.)  Sharing borders with Tibet and Bhutan on one side and Myanmar (Burma) on the other, the Northeast states, as they are now called, were essentially isolated until laws permitting limited tourism were passed in 1995. Even Indian citizens were not allowed to visit before that.  Although visitors are now allowed, the area is still off the beaten path and permits are mandatory for foreigners.   And as you will able to see in my images, most of the population in some of the areas where I was shooting is from Tibeto-Burman origin, another dimension to the incredible diversity one can experience in India.

With a small group of photographers, I visited 3 of these North-East States, namely Arunachal Pradesh, Nagaland and Assam (and its beautiful Majuli Island).  In this post, I will share my experiences in Arunachal Pradesh, and will cover the other two areas in subsequent posts.

Arunachal Pradesh, the land of the rising sun, is home to at least 25 tribal groups.  Our base to visit that state was Ziro, a town located at 1500 meters above sea level, which we reached after a long 2-day drive on VERY windy roads.  Our visit was timed with the Apatani tribe’s Myoko festival to which we were warmly welcomed.  From Ziro (and more driving), we were also able to explore some villages of the Nishi tribes.

Around 60,000 Apatanis live in the spectacular valleys of Arunachal Pradesh.  They live in houses made of tall vertical wooden stilts and weaved bamboo walls and floors.  The houses reminded me of Swiss chalets except that rice fields surround them.  Older Apatani women have a rather distinctive look.  Their faces are quite extensively tattooed, with broad blue lines from their forehead to the tip of the nose, and five vertical lines on their chin.  But most notably, Apatani women wear the most unusual nose plugs, one on each nostril.   As it is often the case, the story behind this tradition is unclear.  Although some argue that this practice was derived from a mythological fable, many seem to believe that Apatani women famous for their beauty were deliberately defaced as a way to prevent their kidnapping by warriors of neighboring tribes.  Irrespective of the origin of the tradition, traditional Apatani women were proud of their tattoos and used to compete on the size of the nose plugs.   However, contact with the modern world has made the younger women discontinued this traditional practice. Older Apatani men tie their hair in a knot just above the forehead and have a tattoo under the lower lip.

Although over the last few decades, Christian missionaries have been very active throughout the Northeast and have impacted the region’s religious beliefs and ways of life; most Atapanis are still animists  (but not on Sundays when they go to a Christian church.) As such, they believe that gods and goddesses will be appeased by the offering of animals, and will bless the community.  The Myoko festival is a month-long festival and its most important event is the “Great Pig Sacrifice”, which we were able to witness. Initially, pigs were brought to a sacrificial place where a very impressively clad shaman (holy man), performed prayers that last for many hours for purification.  We then saw women dressed in their traditional attire sprinkle rice flour and rice beer over the pigs and other animals (chickens, birds, and other domestic animals that won’t be named here) that were going to be sacrificed.  I started to worry a little about whether I was being readied for sacrifice as well when they were then offering me rice beer and rice flour, but I relaxed when I realized that this was a welcoming gesture and accepted the offering many times (too many) that day.  The blessed pigs were then transported back to their respective home where they were sacrificed by having their heart plucked.  Various parts of the animal were then offered to friends and families as a way to spread the blessings (I did not accept that offering).  So this was quite an event to witness.  To finish the experience, older Apatani ladies kindly perform some of their traditional dances for us.

We also visited with some Nishi villages.  The Nishi tribe, the largest in Arunachal Pradesh with a population of 300,000, also has its own customs.  Traditionally and still for ceremonial occasions, men wear a bamboo helmet spiked with porcupine quill or hornbill feathers. Tattoos are not the norm here but women wear very distinctive large silver earrings.   Driving through a nearby forest, we were also lucky to see a large  “mithun” which is the state animal of Arunachal Pradesh and Nagaland.  This majestic bovine plays an important role in the social life of the local tribes, as the bridegroom’s family has to give at least one mithun to the bride’s household.

Enjoy the land of the rising sun. 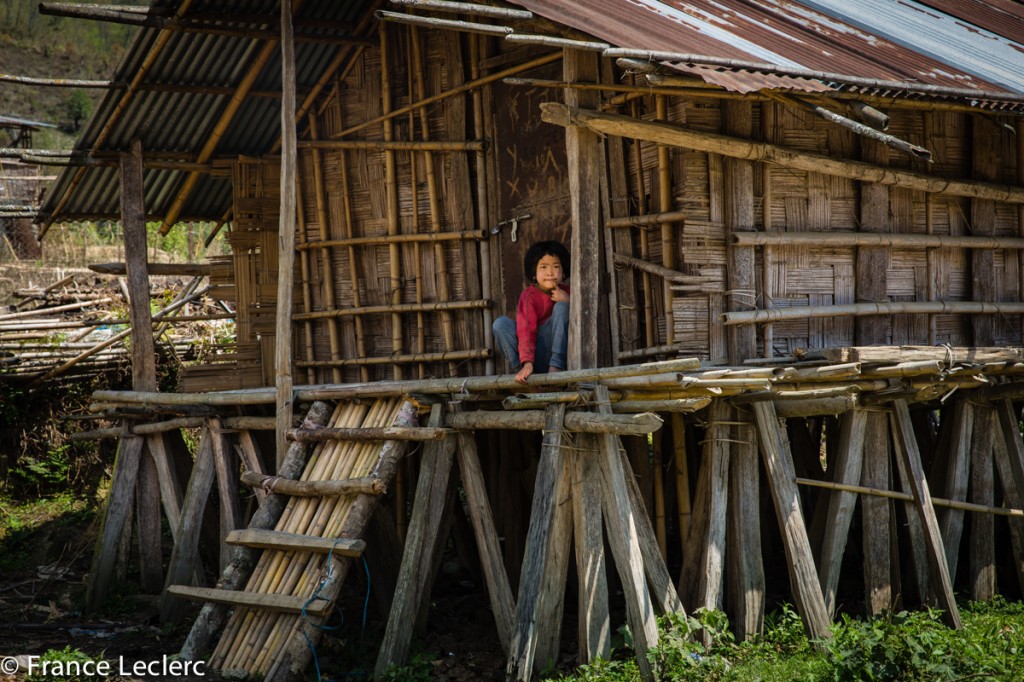 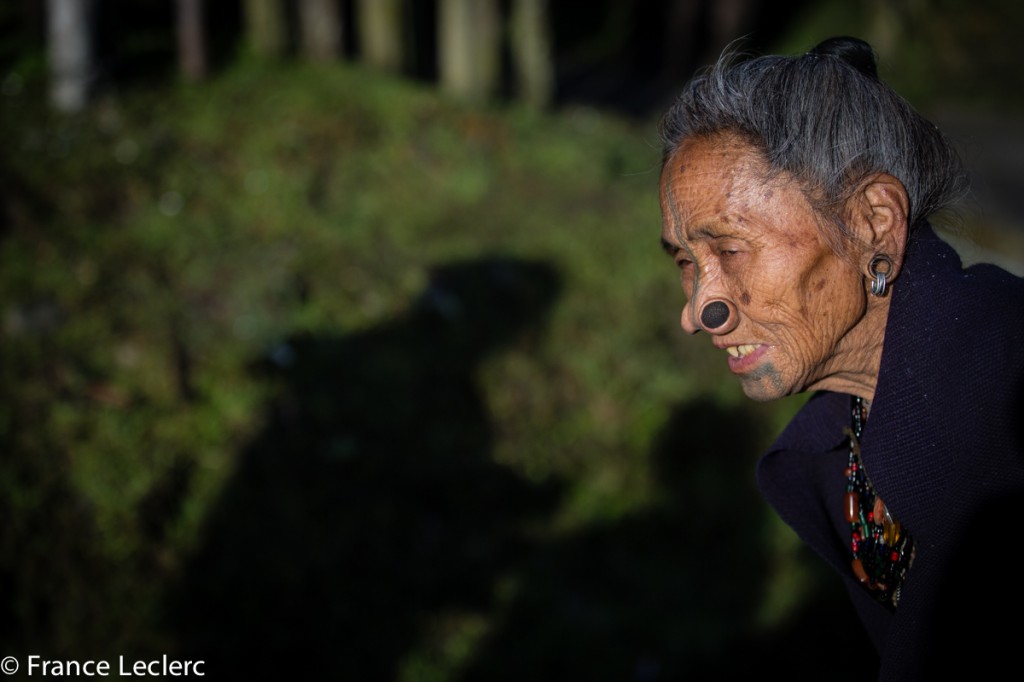 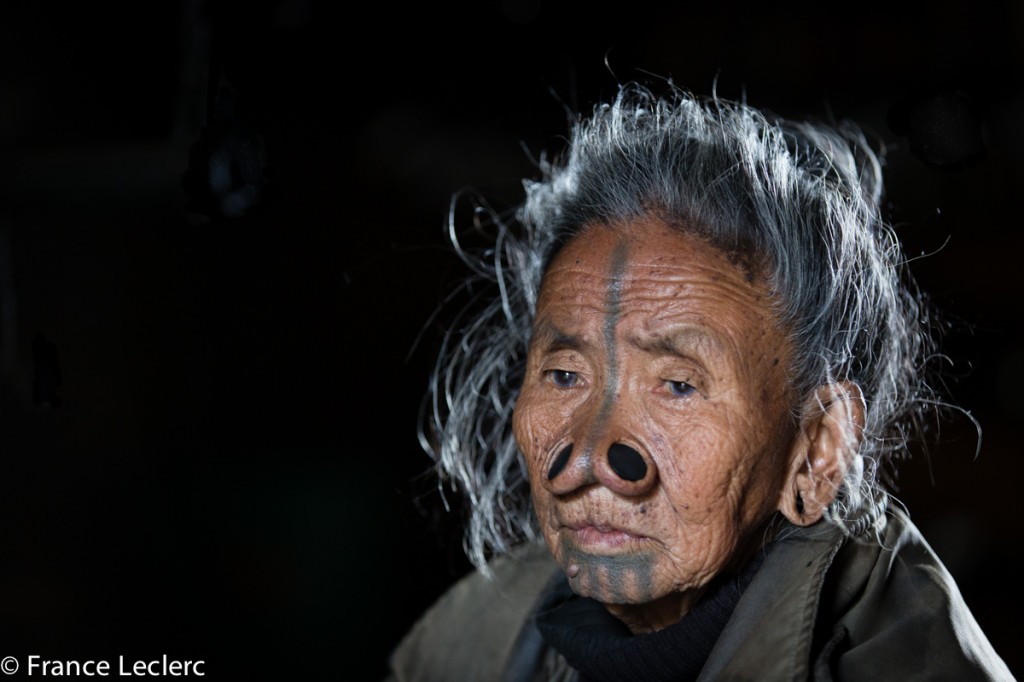 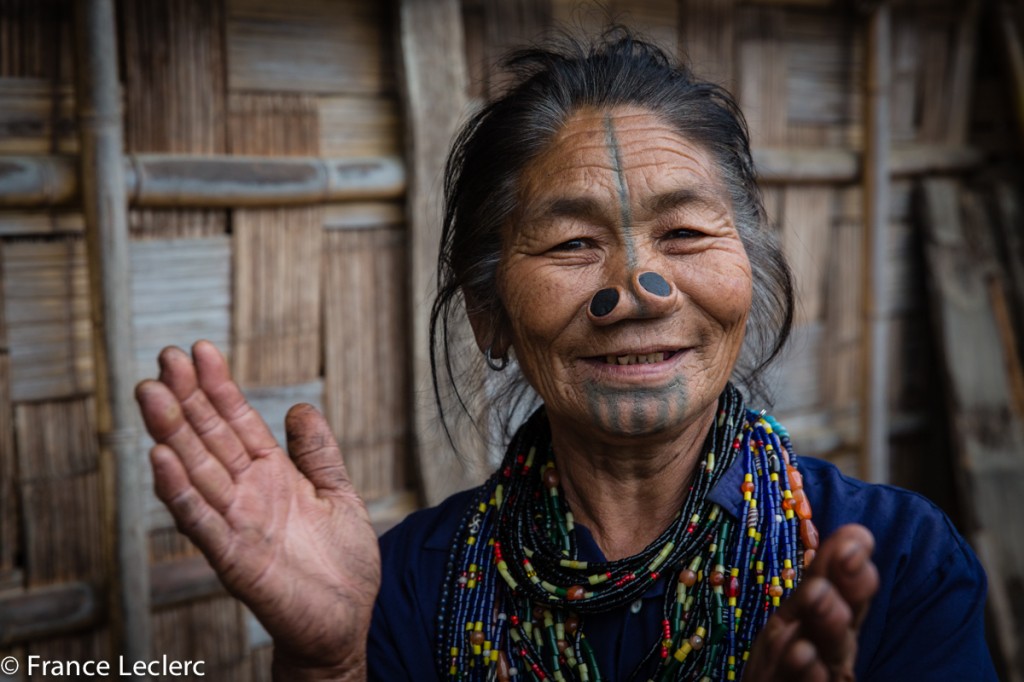 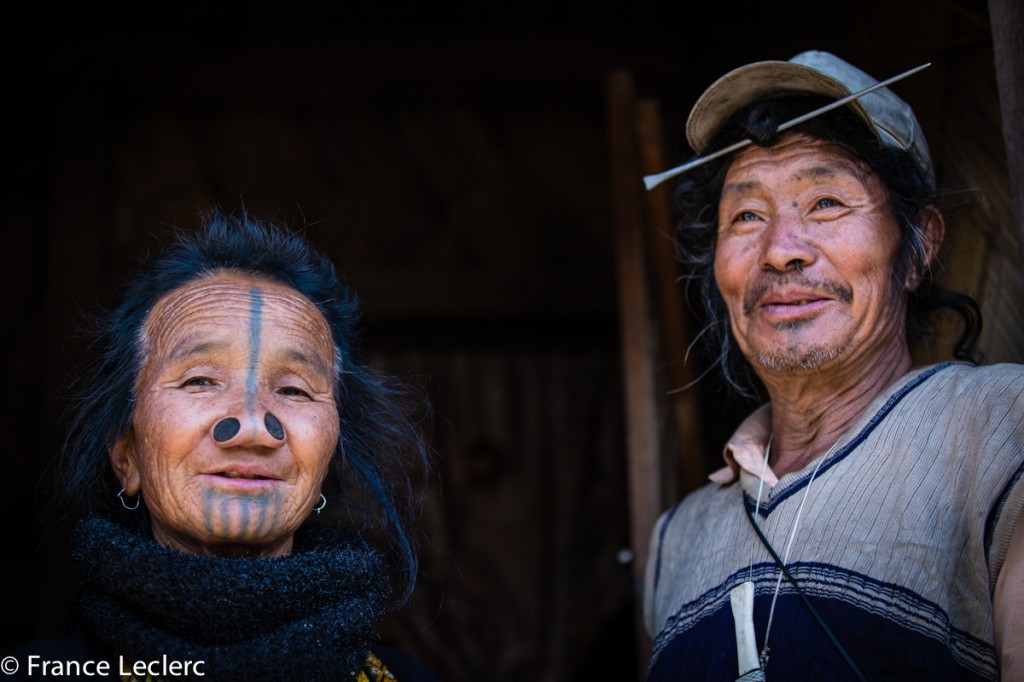 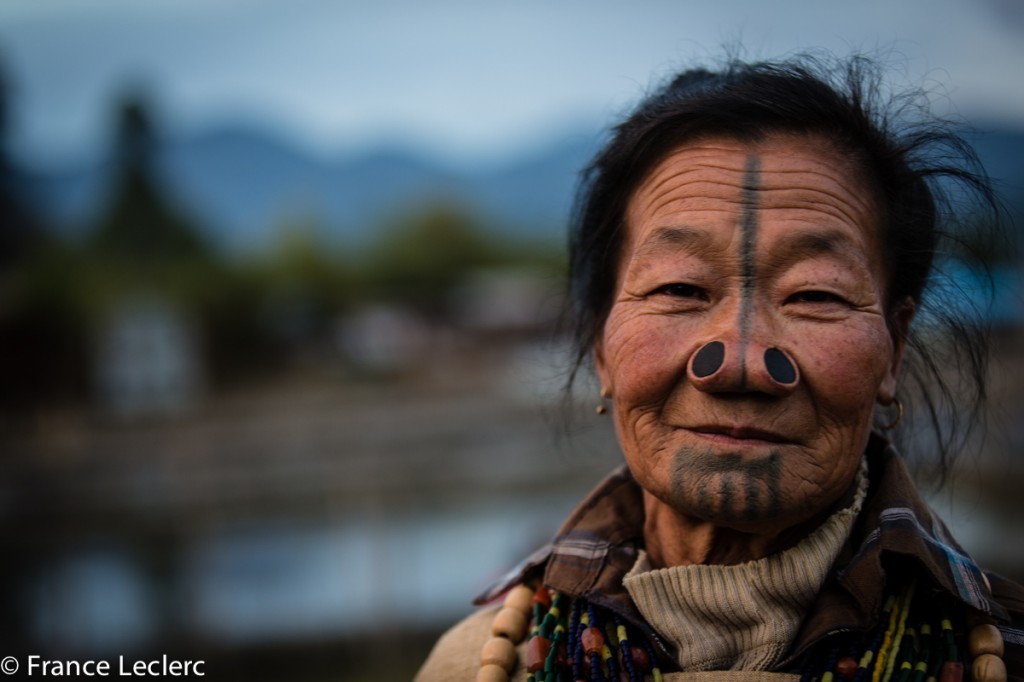 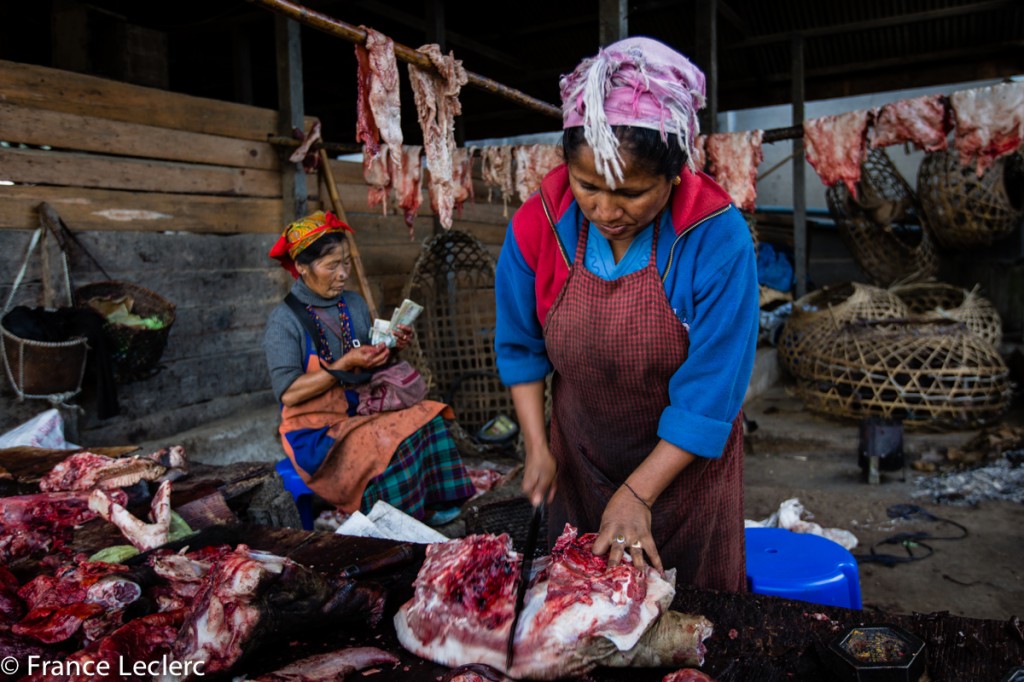 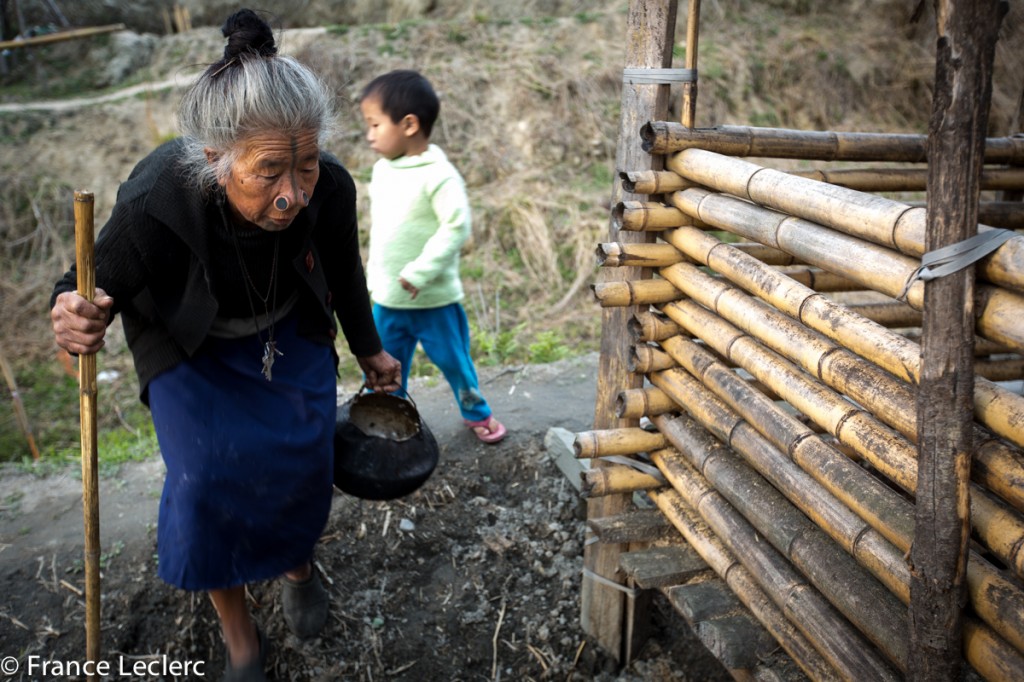 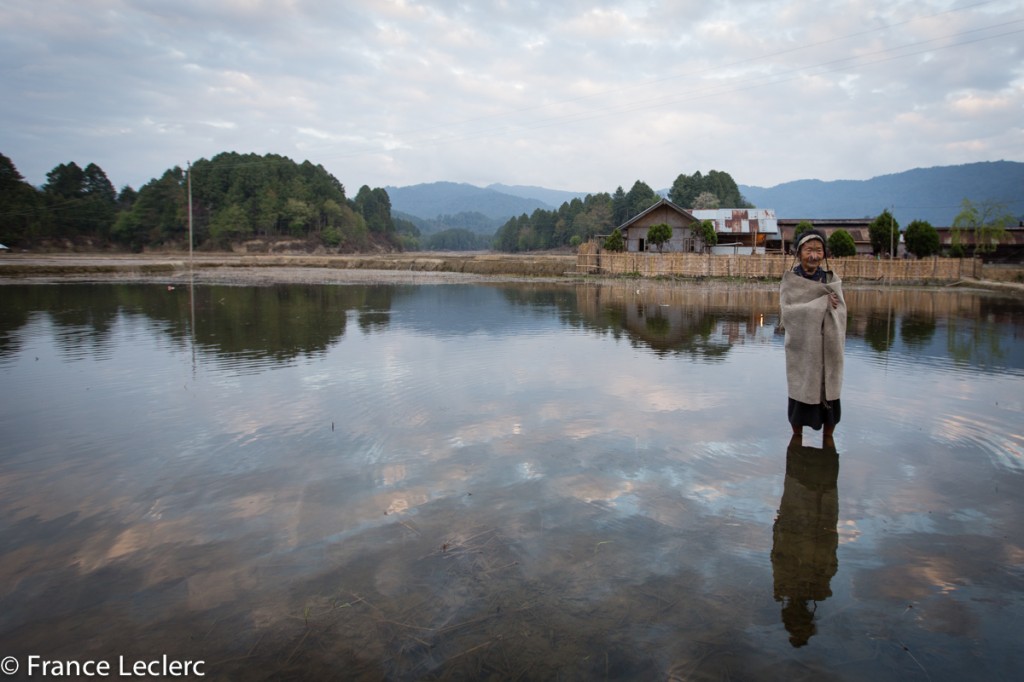 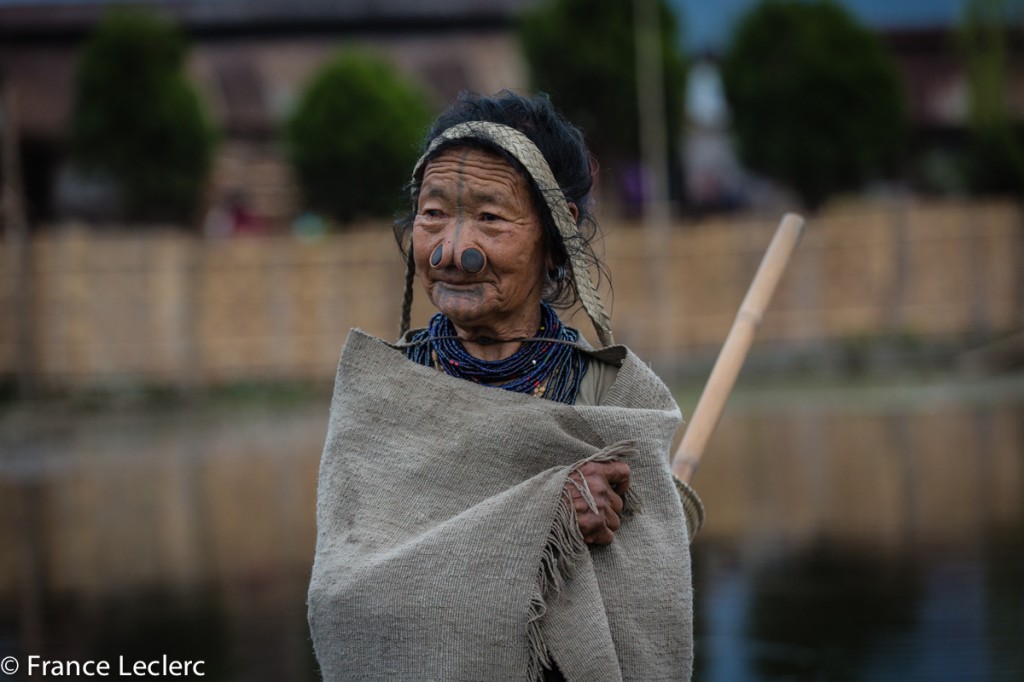 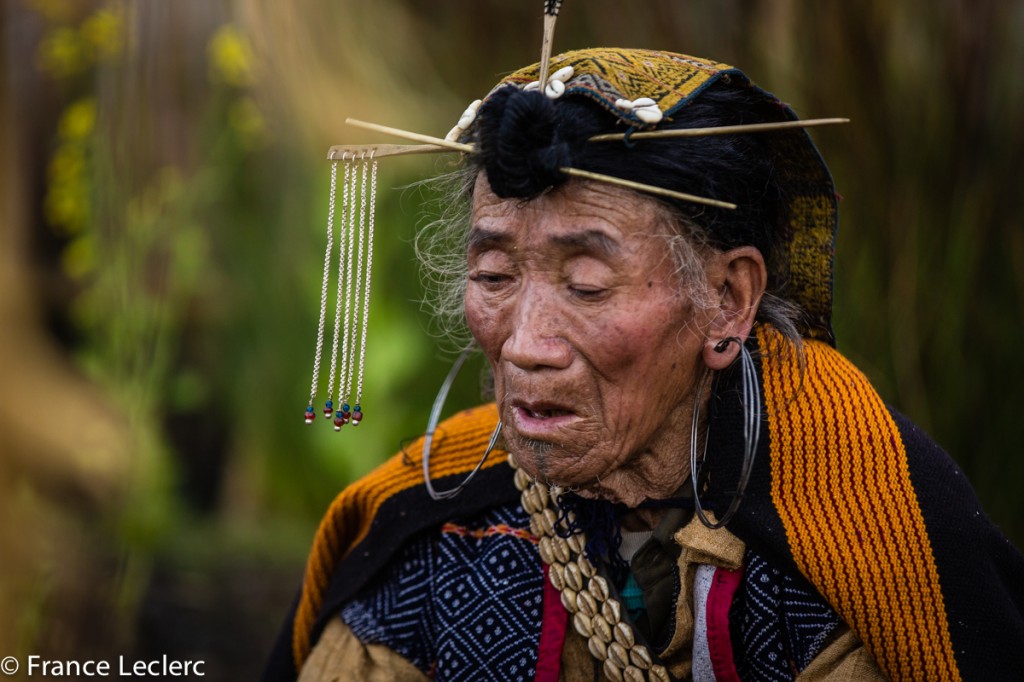 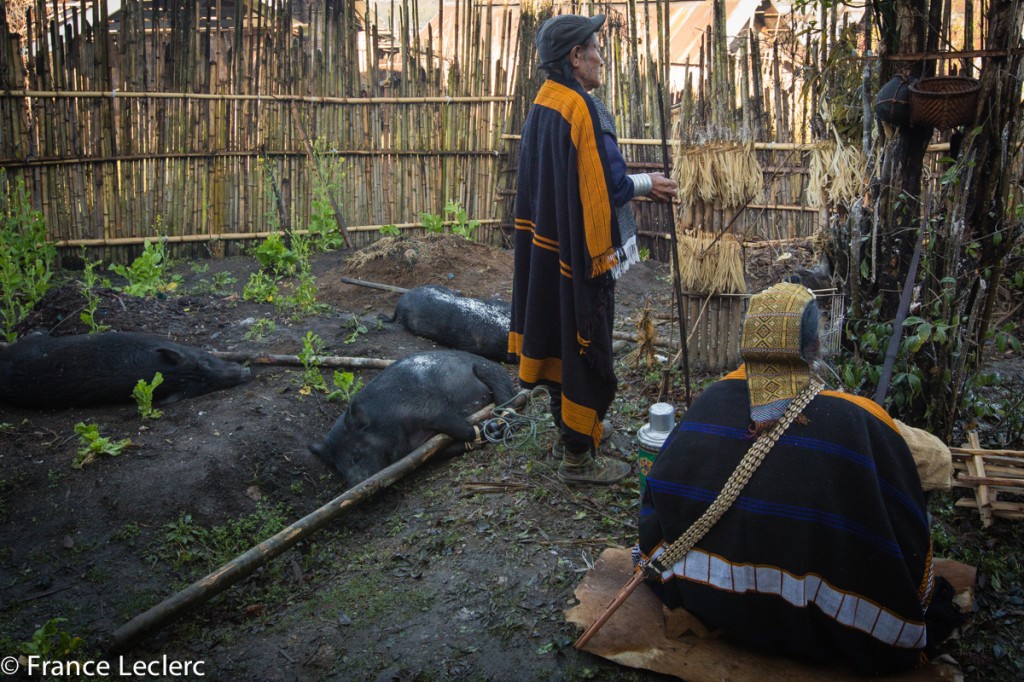 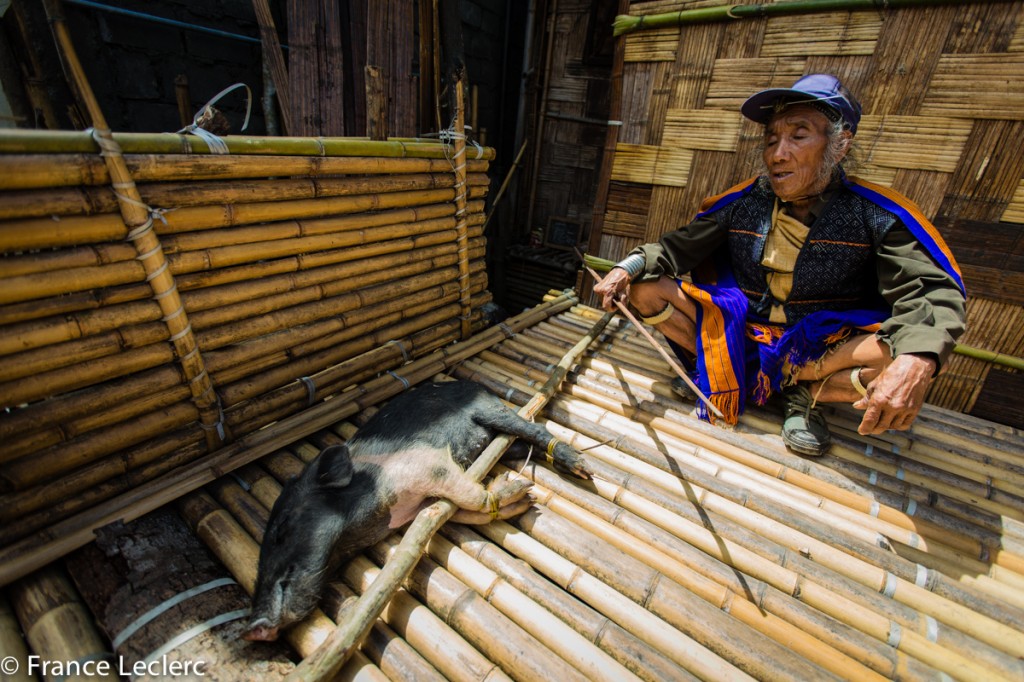 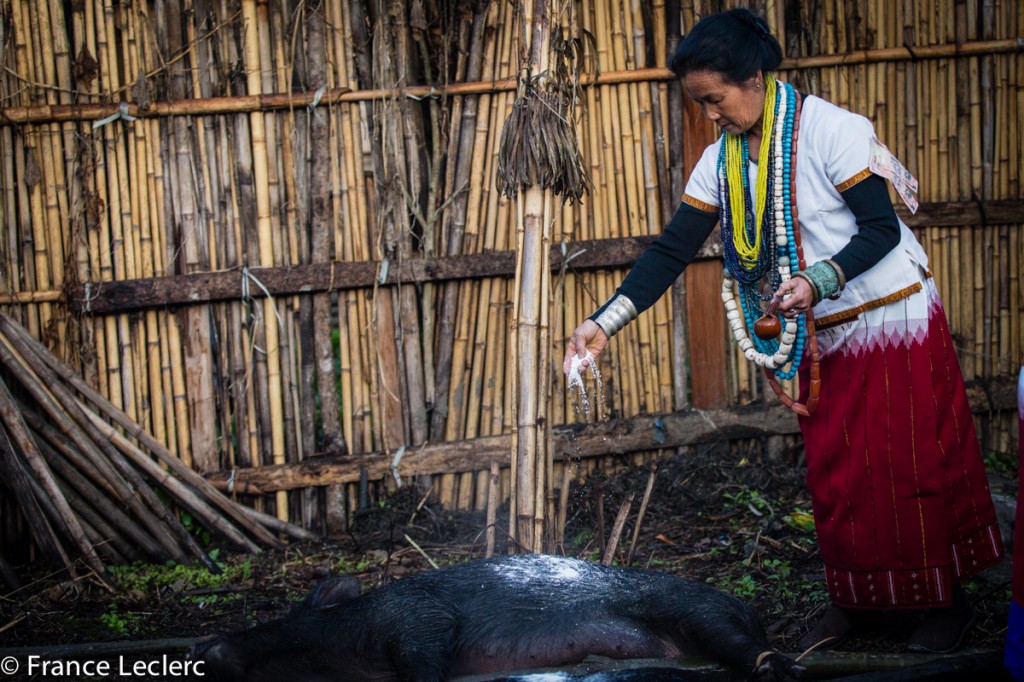 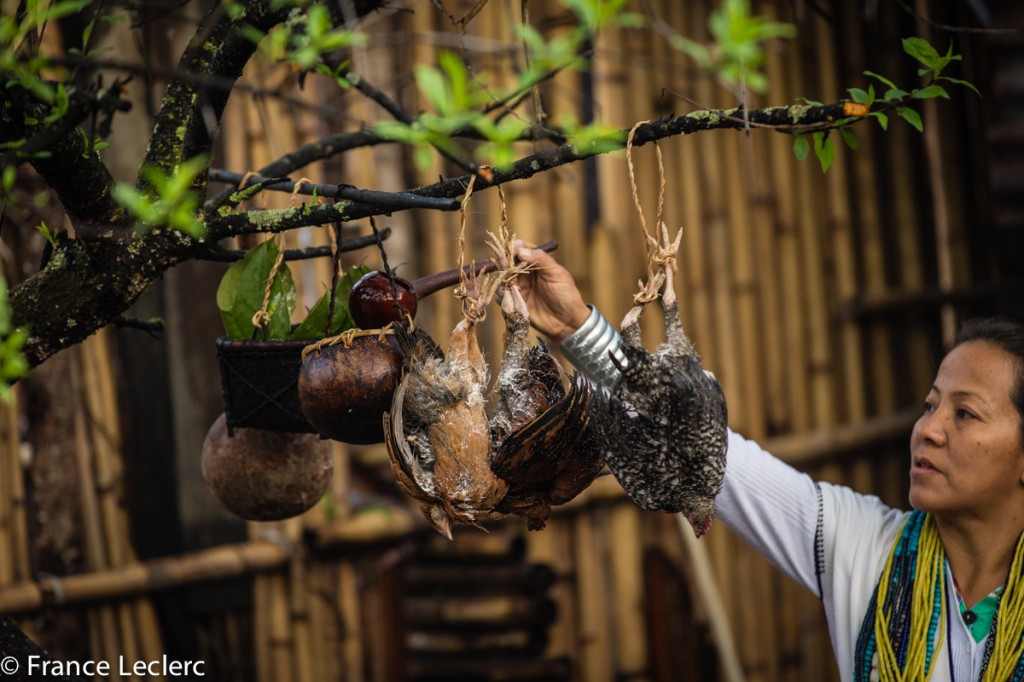 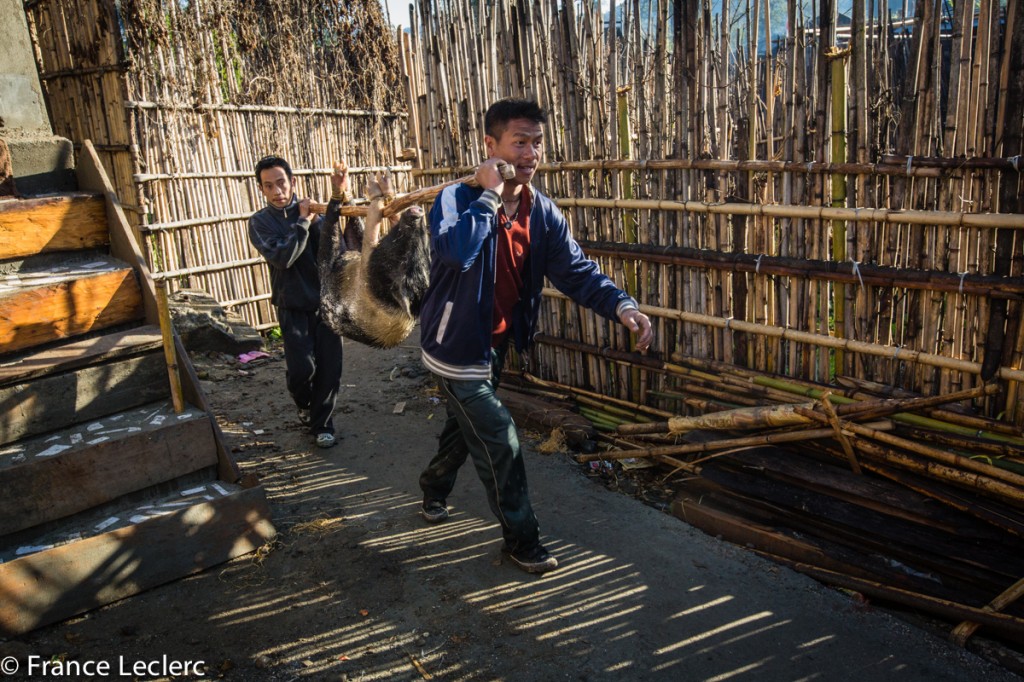 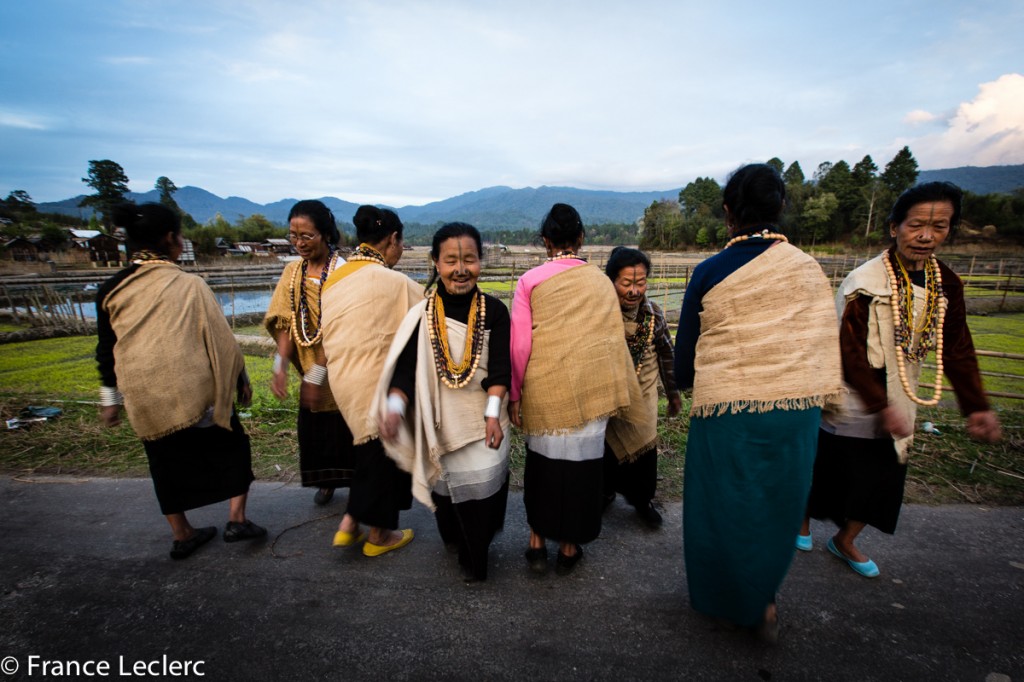 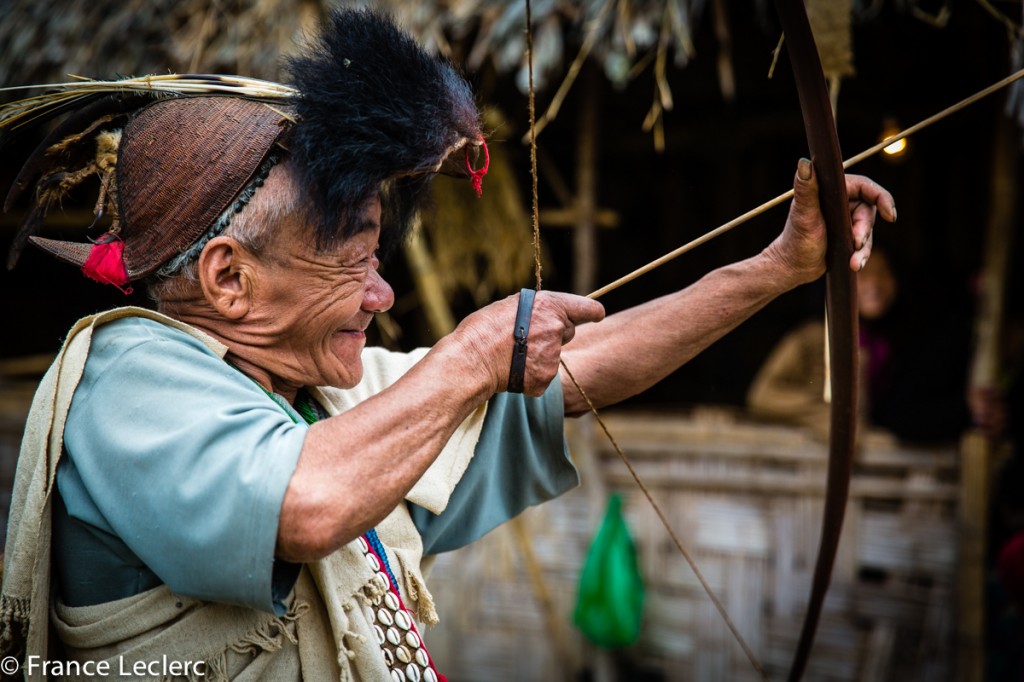 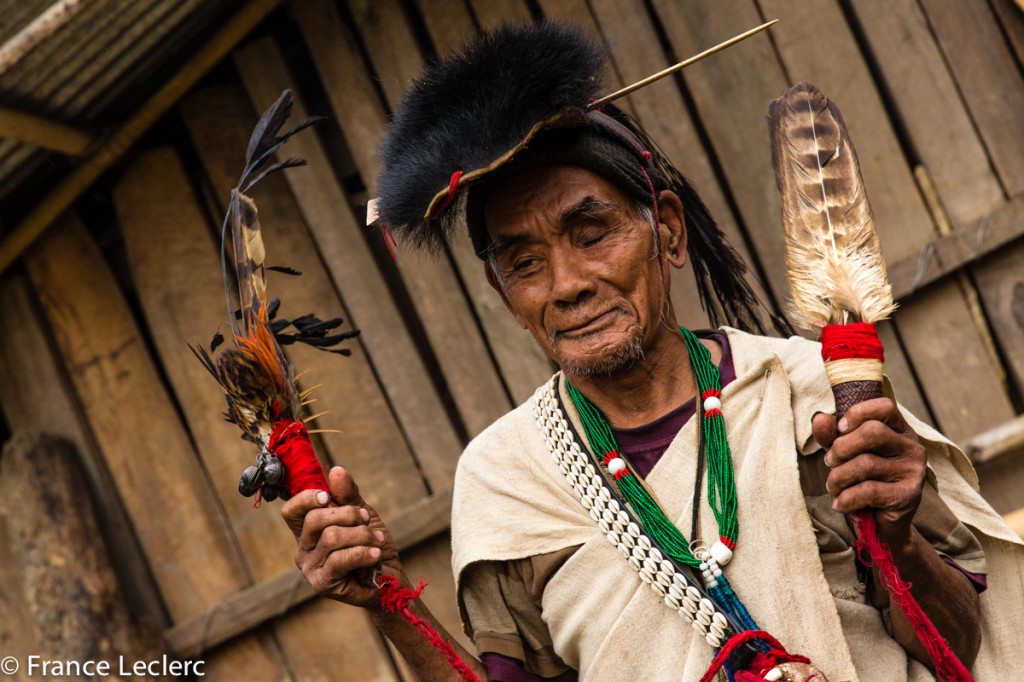 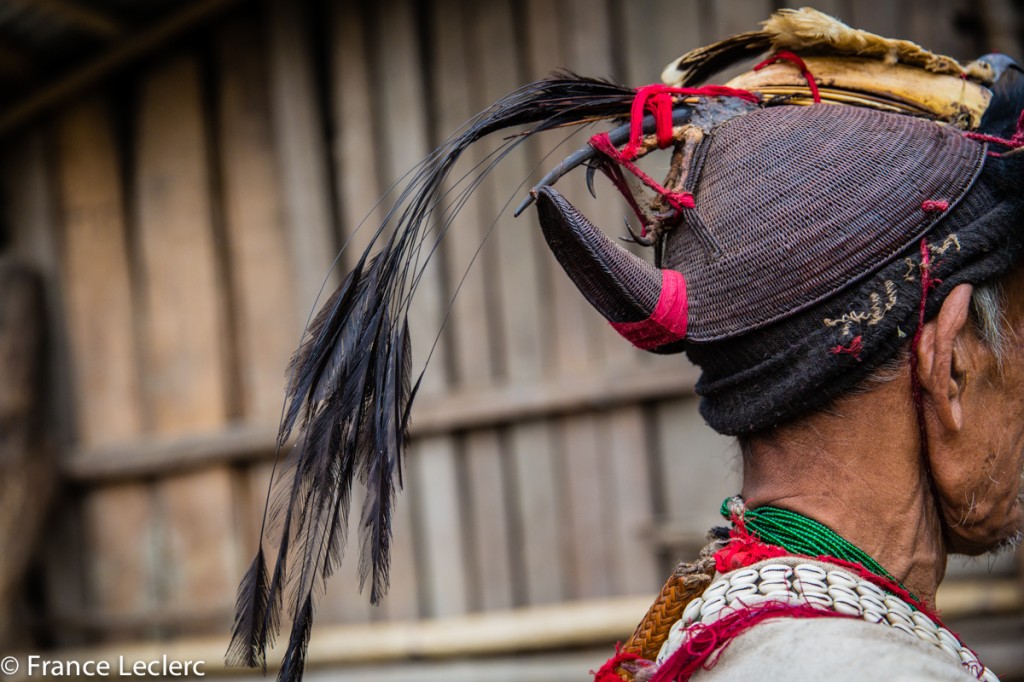 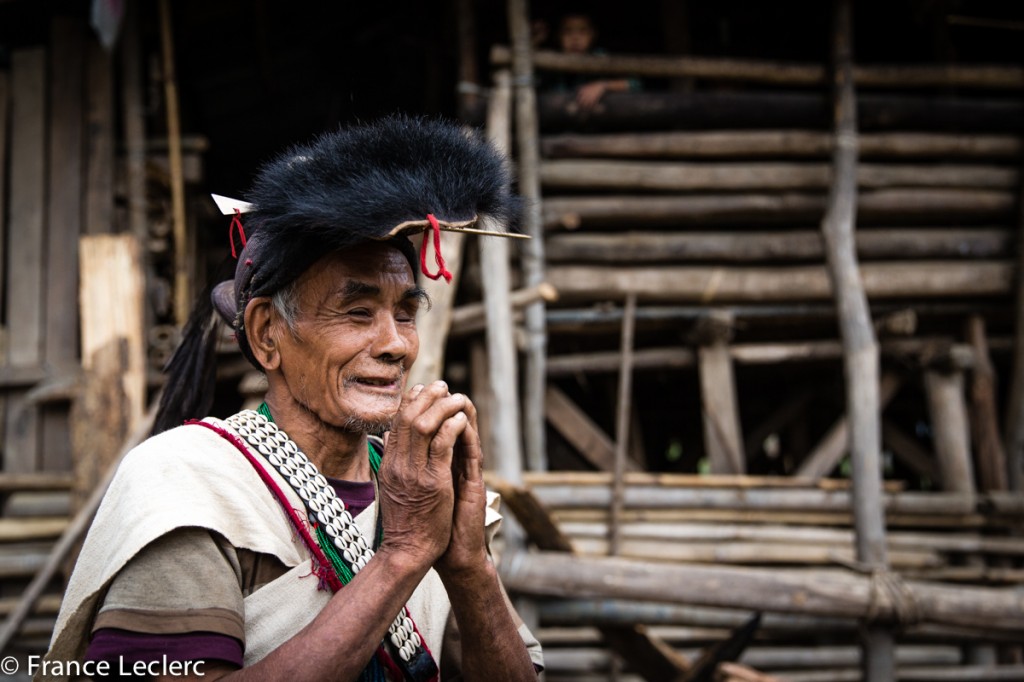 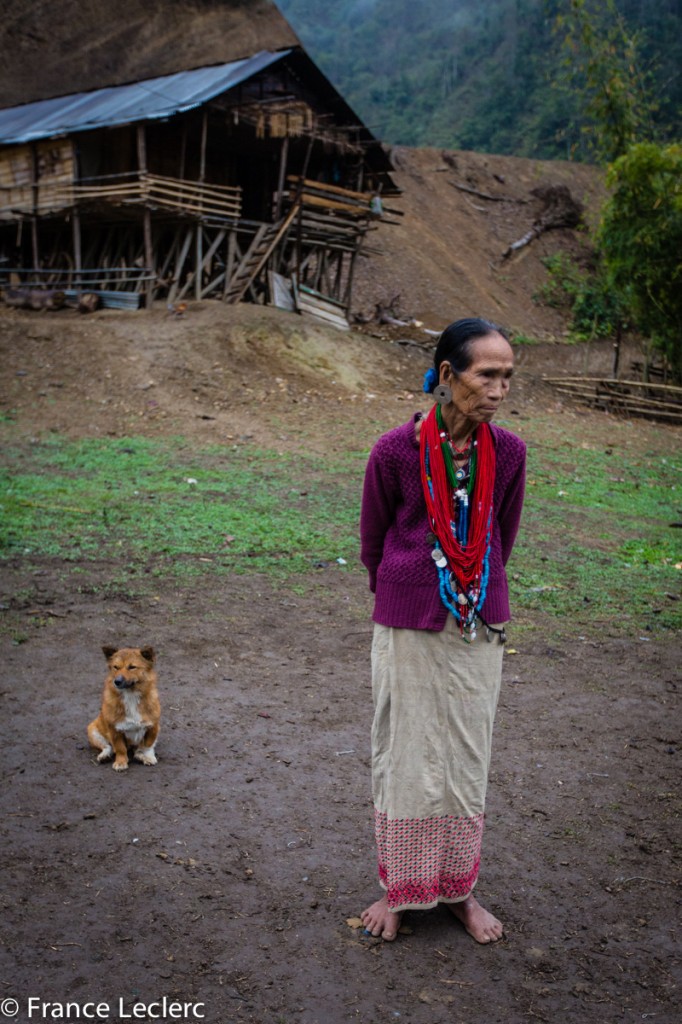 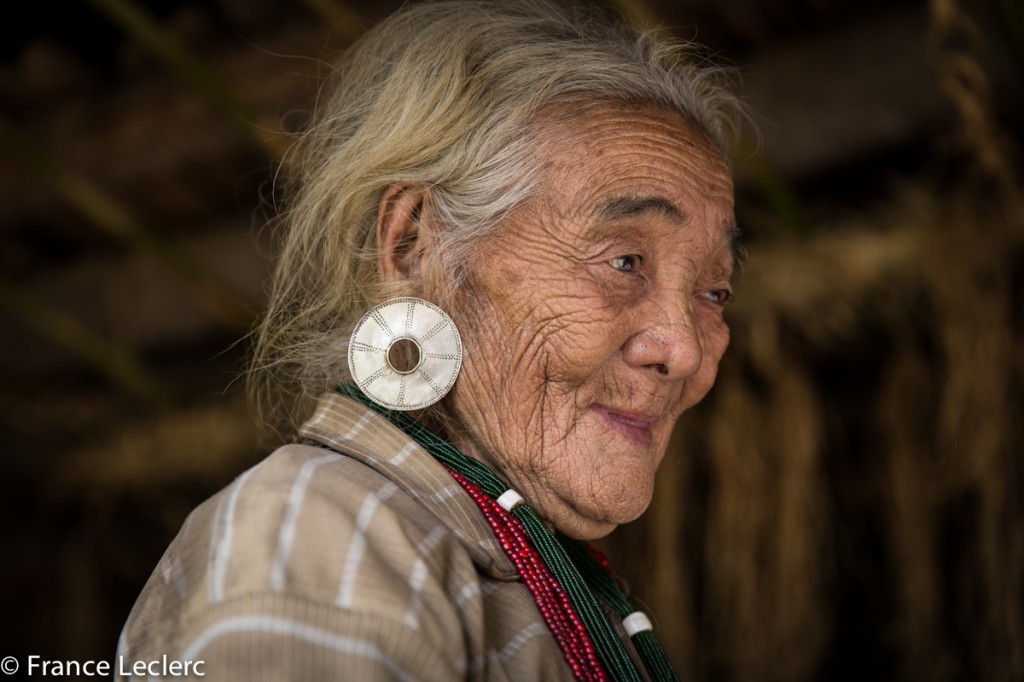 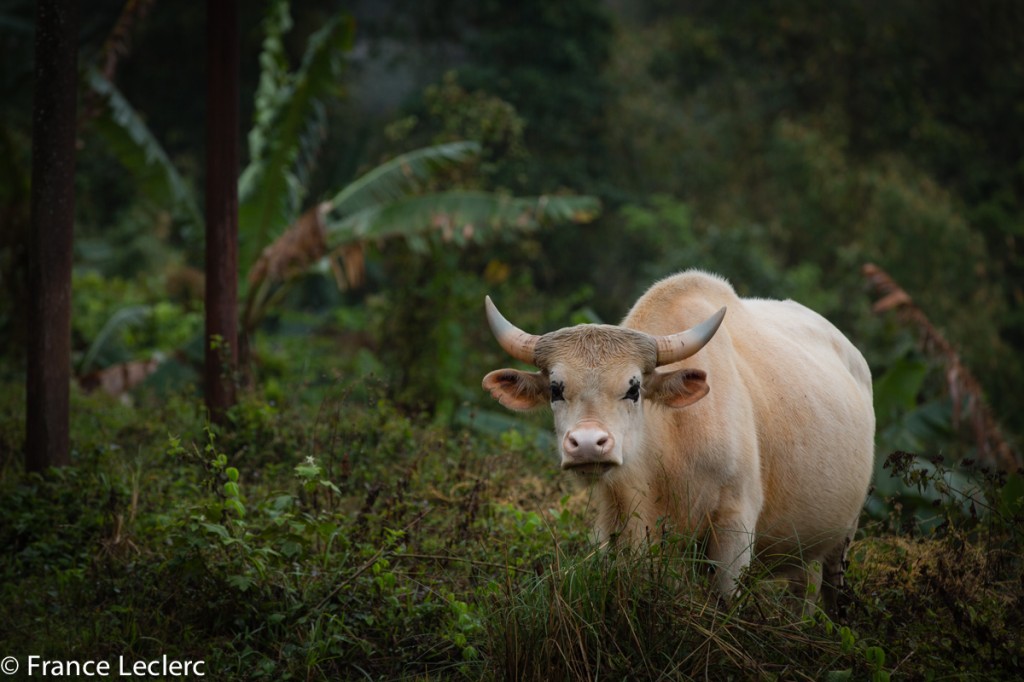